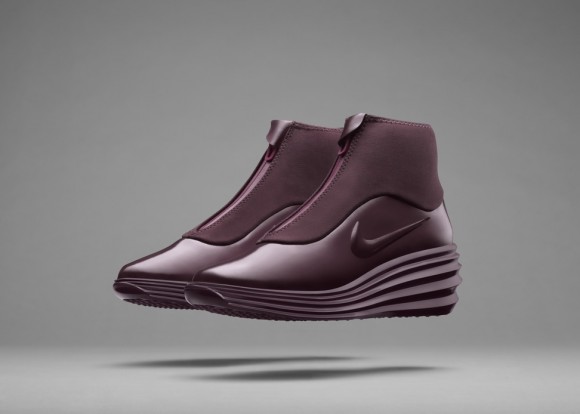 Nike has been rapidly expanding the now infamous ‘Sneakerboot’ line to many new models. We have seen it on Air Max 90’s, Dunks, and Roshes. Now, on this silhouette. The inspiration from this sneaker comes from the running shoe which has the same name. The running shoe features a one piece upper with an arched bootie that has Lunarlon. 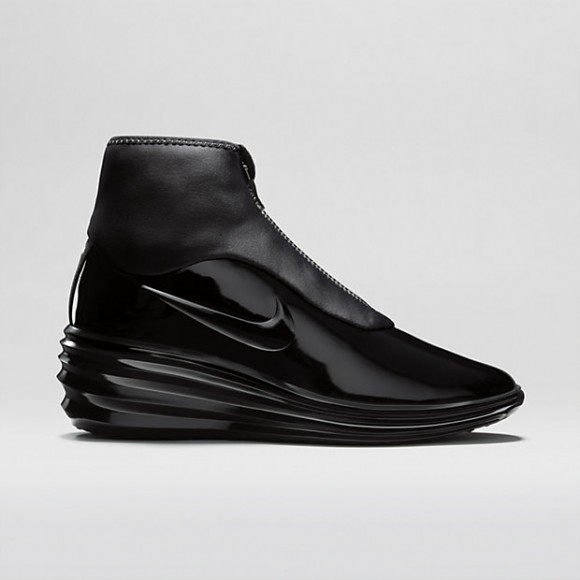 According to Nike Inc., this shoe was partially inspired by the Nike Air Zoom Flight The Glove. The Glove featured a zipper that enveloped the entire upper and kept your foot intact.

“Those iconic designs influenced the modern Nike LunarElite Sky Hi SneakerBoot, representing the intersection of classic running design and an inventive basketball aesthetic. Featuring a sleek rendition of the Nike Waffle sole the upper three-quarters of the shoe underwent a major transformation thanks to footwear designer Dylan Raasch:

‘The original Lunar Elite Sky Hi was inspired by two things, the original Nike Elite BRS, one of Nike’s first running shoes, and our wedge family.”

“Inspired by the Nike Air Zoom Flight The Glove, a neoprene shroud was added to hold heat in and repel water, natural benefits of the material,” Raasch said.“

This innovative sneaker is available now at select Nike Sportswear retailers and online for $140 in two colorways.