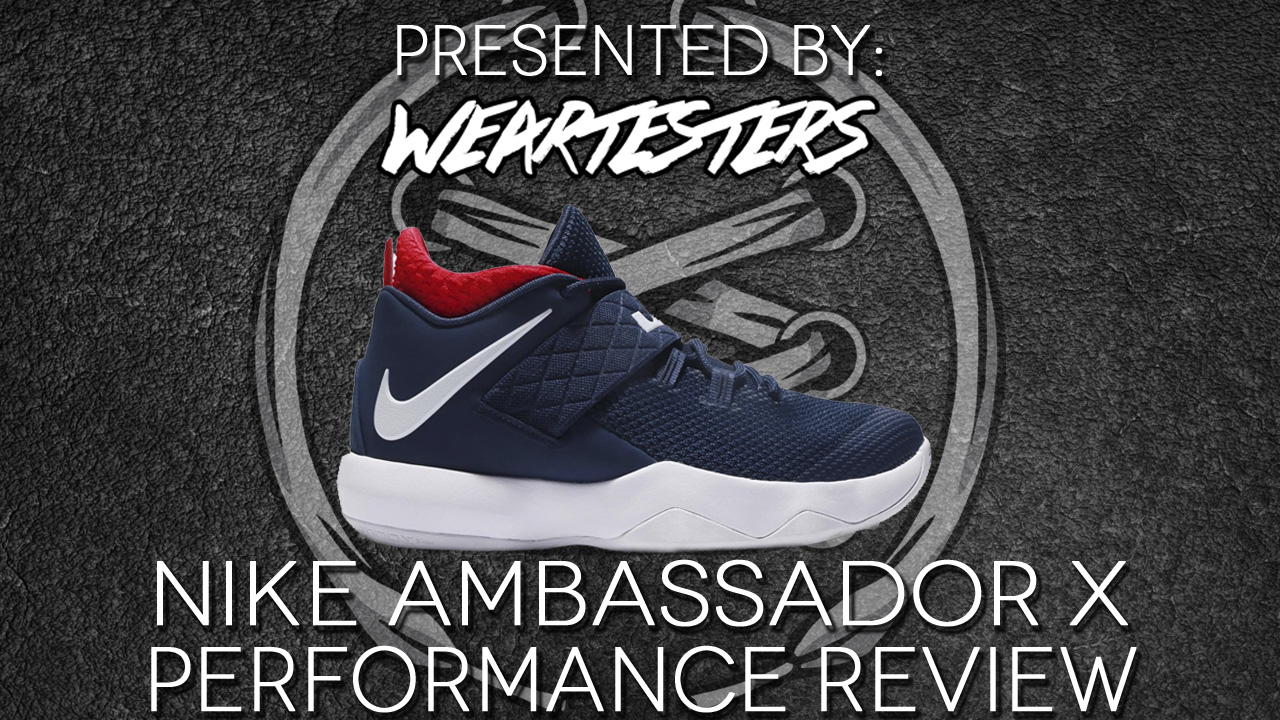 The LeBron Ambassador X uses the same diamond grid traction pattern used on the Ambassador 9, and it has strategically placed herringbone waves that help you stop on a dime. When I tell you this traction pattern and the XDR rubber combo is amazing it’s because it’s freakin’ amazing! Why we don’t see the Swoosh use more XDR (Extra Durable Rubber) with a pattern like this on Stateside shoes nowadays still causes me to scratch my head.

The XDR rubber outsole and pattern combination is literally Goku morphing into his Ultra instinct form. Whether you hit the blacktop outdoors or play on the hardwood indoors, you’re in for not just a treat, but the whole nine-course meal.

Again, not once did I need to wipe the bottom of the shoe. Consistency is key and this pattern, material compound, and extended outrigger add up to the best of the best.

Like it’s predecessor, the LeBron Ambassador X features heel and forefoot Zoom Air unit. Needless to say, a shoe that bears LeBron’s name would need cushioning and ample support that a player of his stature needs. While the cushion combination works well, I was disappointed in finding out that there were some minor modifications towards the Zoom Air units utilized.

While the forefoot Zoom unit got thicker at 8.5mm thick, the width of the unit shrank. So for those that have heavy forefoot drop placements and have wider feet, you might feel the slight difference, but it’s minimal. The heel unit also increased in thickness to 11.16mm, which is perfect for those plant heavy on their heels.

The LeBron Ambassador X cushions well above average, but I still wish it used the heel unit from the Ambassador 8. That cushion worked so well, so why change it? However, getting heel and forefoot Zoom Air in a Nike Basketball shoe these days is a blessing — the only thing is you have to check overseas shops to find this model.

Mesh is used from midfoot to forefoot with TPU reinforcement at high wear areas, just like its predecessor. What has changed is the synthetic suede-like panel from midfoot to heel and the elastic band overlay right above the midfoot.

The interior of the shoe features a heavily padded bootie-like construction for support purposes. The shoe is finished with the wonderful XDR outsole while heel and forefoot Zoom units are implemented within the soft Phylon midsole.

The construction and materials bear resemblance to the recently released Nike PG 2 (both shoes were done by the same designer, shout out to TH), which isn’t a bad thing. For its price point, the Ambassador X can withstand the battles on court indoors and outdoors, with decent materials that make the shoe durable. It’s simple and well done.

The elastic band across the midfoot helps contain the foot and it’s a nice addition. However, I believe that the throat lacing structure and the extra padding layer between the inner bootie and the rounded external material at the heel didn’t allow the foot to be fully contained.

The support in the Ambassador X comes directly from the fit of the shoe, which includes the elastic band at the midfoot, the mesh upper, the forefoot and heel cushion, and the traction. The traction is top notch, the forefoot and heel cushion feel above average, and the elastic band on the midfoot provides ample lockdown. Again, the heel slip doesn’t deter from the rest of the shoe when it comes to proper support because everything else worked very well.

The LeBron Ambassador X had a lot of positive points but fell slightly short due to some minor issues. For a big man that plays like LeBron’s and Draymond’s positionless game, the shoe does everything well. If you can look past the minor heel slippage, then the shoe would be fantastic.

Like the 9, the Ambassador X offers everything you need for a basketball shoe. And I’ll say this again — how the Swoosh has decided not to bring the Ambassador line Stateside is still a shock. Perhaps its solely a business decision — if the Ambassador line came here it could wipe out the Soldier/Witness Line completely, and I truly believe it would.

If Nike makes some minor adjustments and takes cues from the previous Ambassador models to improve the next Ambassador sneaker, the Ambassador 11 could be next year’s top performer.

Salute to T. Hardman for creating another gem — we’re looking forward to the next one. 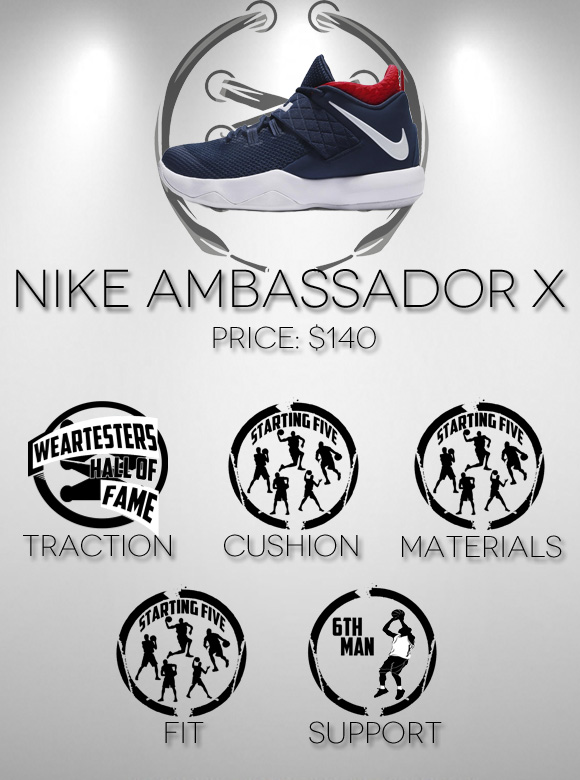