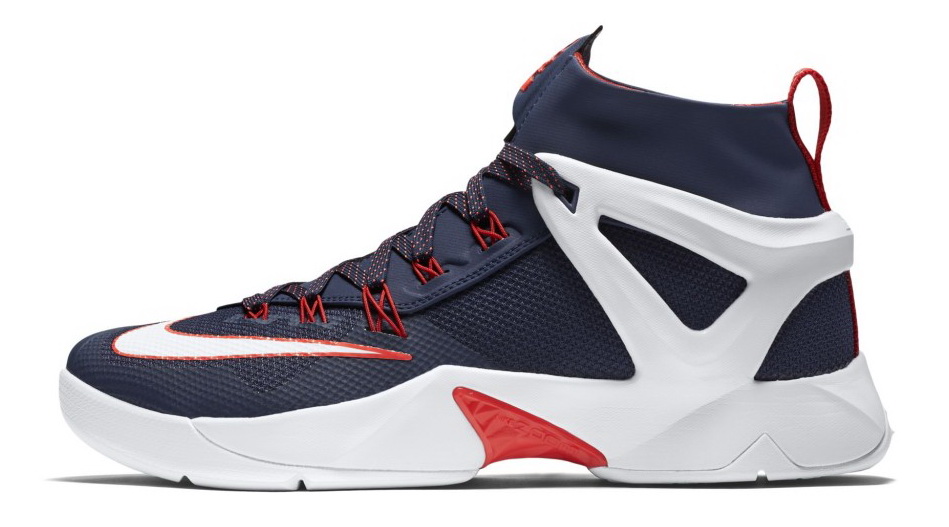 With much anticipation, I present to you: 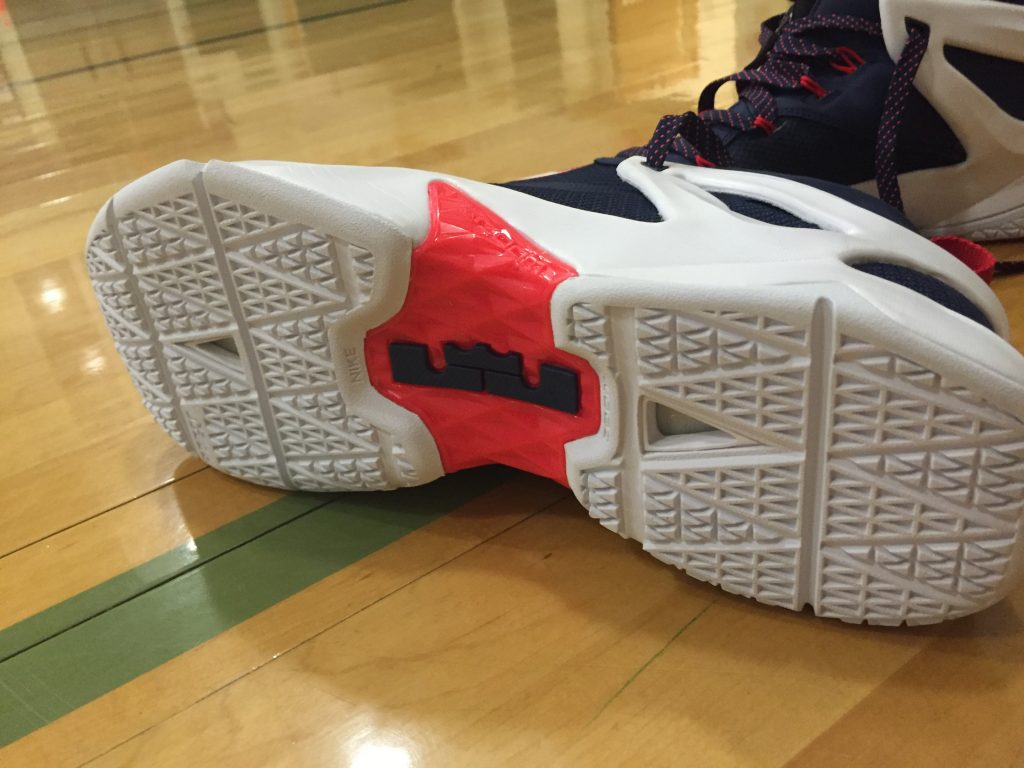 Traction – This was one of the biggest highlights upon doing the review. The Nike Lebron Ambassador 8 utilizes an XDR rubber outsole with a diamond grid base traction. It also has flex line grooves giving the foot a natural feel and foot motion. Even when digging the shoe down on surface or doing hard cuts, the shoe doesn’t make the natural ‘squeak’ noise — but that doesn’t mean it doesn’t work. I found myself making hard cuts, quick lateral movements, and defensive slides at the stop of a dime easily. This diamond grid pattern was really well executed and it even extends up onto the medial sides of the forefoot. Even when the outsole picked up dust, one quick wipe did the trick. Consistency is key, and the traction is where it made its mark.

Cushion – The cushion utilized in the shoe is Zoom Air. There are Zoom Air units located in the forefoot and the heel. With the help of a thicker insole, it took some break-in time for the insole to form to foot, but once that happened, you could feel the pronounced cushioning of the Zoom units. It wasn’t overly plush, nor did the Zoom Air units make your foot sink in, but it was completely adequate. I’m not completely sure if the Ambassador 8 model used the same Zoom Air pods used in the Nike Lebron XIII, since the design queue of the Ambassador 8 is obviously influenced from it, but regardless the cushioning worked well. The Zoom Air units bring back the good old memories of the late ’90s and early 2000’s cushion so that was a surprise. Good job Nike. 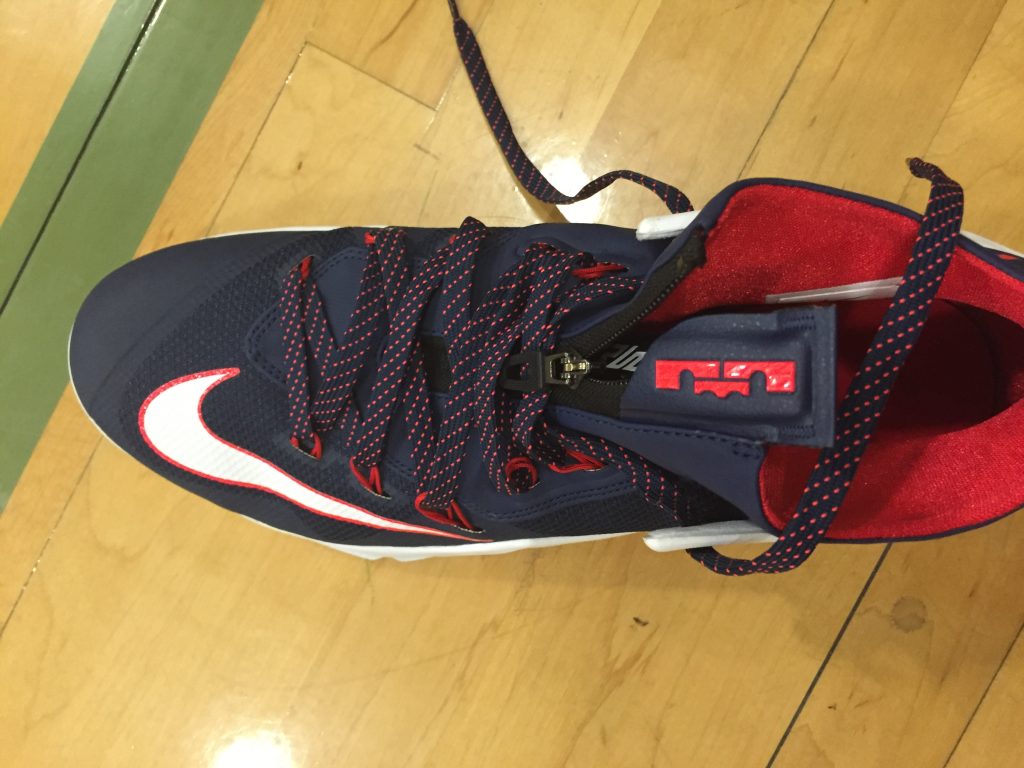 Materials – The materials were a little suspect to me, but not in a bad way. The idea and execution of this shoe was interestingly thought out; the midfoot is comprised of overlay mesh with glue fixtures and a fused toe box while the foot fits into neoprene sock-like bootie. You also have a Flywire lacing system and a zipper down the middle of the midfoot giving you that natural one to one fit. Additionally, an injected Phylon midsole, which has a lacing rig to finish off the upper lacing, and XDR outsole rubber traction are used. I would have liked to see some performance woven along the midfoot, just based on the execution of materials utilized on the Kobe 11, but this mid-model really does the job well. 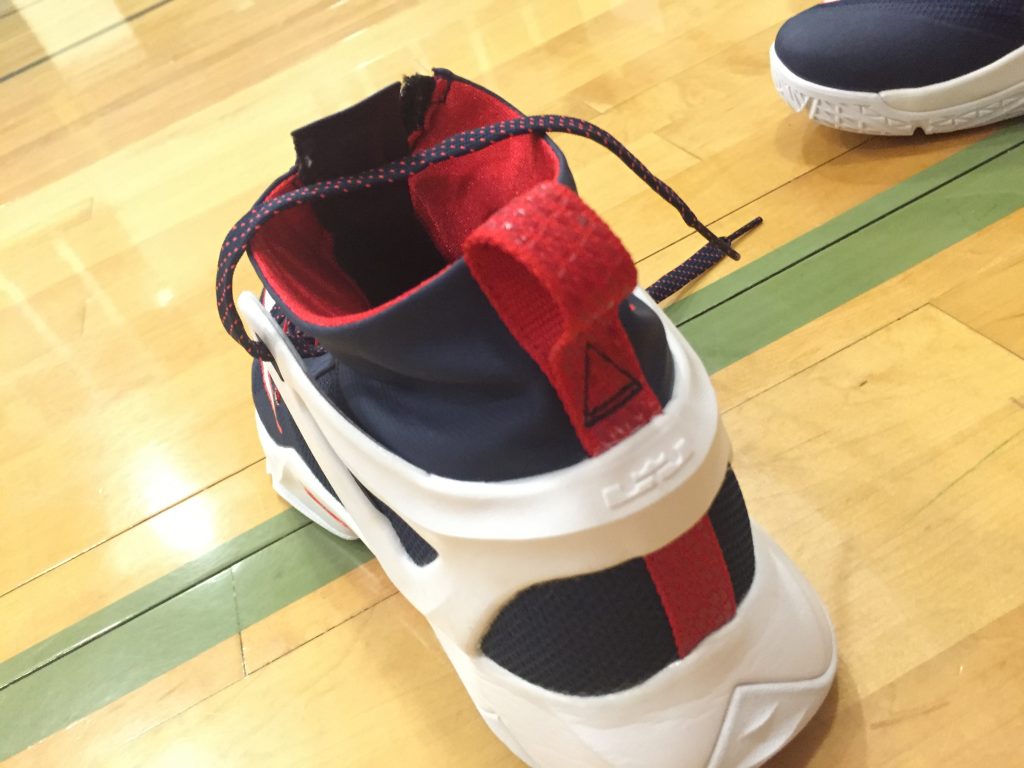 Fit – The shoe naturally fits true to size, pretty much to the exact T. I would suggest that anybody with very wide-feet go up half a size. Ambassador models, in general, fit true to size — in my experience with the previous two models. With the Neoprene sock-like bootie infused with the midfoot zipper, the shoe has that Huarache-type feel. The shoe is designed to give you the notion that the shoe is just an extension of your foot, almost like wearing a sock. With the injected phylon lacing cage designs similar to the Hyperrev 2015, the shoe gives you the proper lockdown once the laces are tied and the shoe fully zipped up. Not even once did the zipper unzip, for those who were concerned.

However, there was a slight pinch along the outer region of the shoe where the bone on my foot connects to my small toe and on the medial side near my big toe. Thanks to the ingenuity of the Flywire lacing system, I loosened up that particular area where the laces were, and within no time, my foot felt fine. Due to heat retention build-up on the foot, shoes tend to expand and also build up moisture, hence the break-in period of the shoe and the materials slowly expanding. The shoe naturally breaks in within one or two games, giving you the best one to one fit on a Nike shoe that flaunts LeBron’s name (save for the Soldier 9, which wins, but just barely). 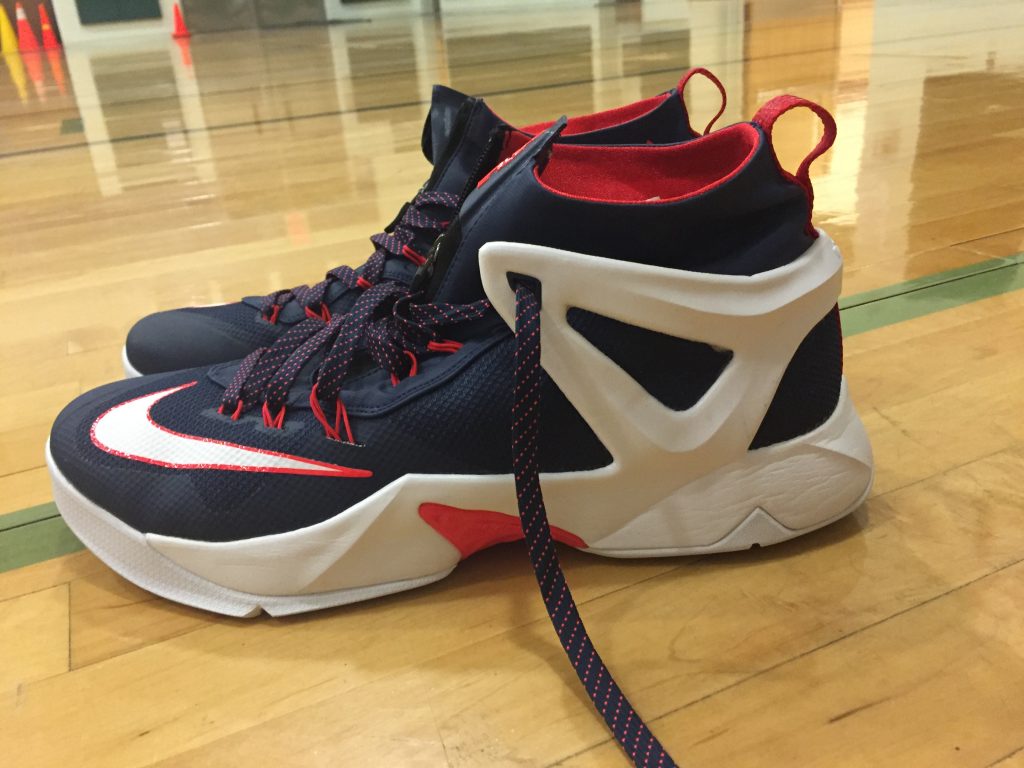 Support – The support comes directly from the containment due to the Neoprene sock-like bootie, the injected Phylon lace cage, the Flywire lacing system, the thick insole, and of course, the forefoot and heel Zoom. At no point in time did I find my foot shifting or sliding one bit. I had a little bit of worry about how the foot could be contained in the sock-like bootie, but it really formed to foot quite well and after one or two games, I didn’t even think about what was on my feet. The injected Phylon midsole, the XDR rubber traction, and the Zoom Air units really complimented each other efficiently; together, they set the standard for shoes that bear LeBron’s name. 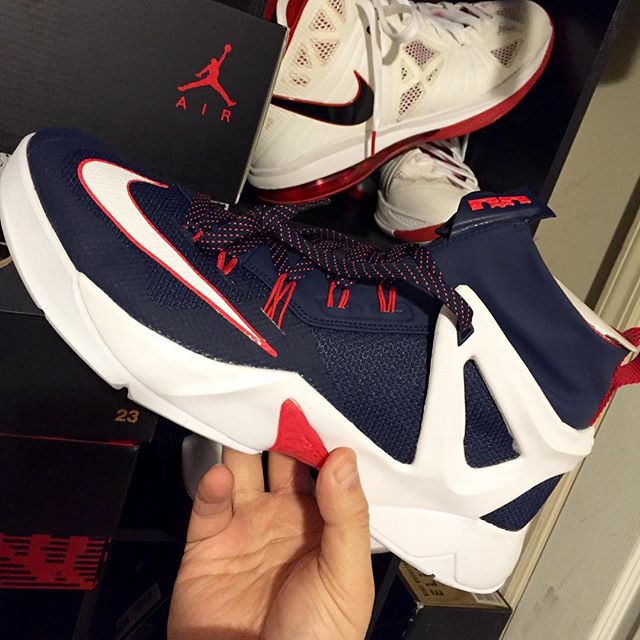 Overall – I really dig this shoe (even more sore than the Ambassador 7). It gave me everything I needed to perform at my highest capabilities while giving on-court efficiency in return. I actually prefer this model over the Lebron 13 due to the execution of every aspect of the shoe — plus, it didn’t feel bulky. It actually felt lighter than the Nike Lebron 13 and on par with the Nike Lebron Soldier 9. I wish this model was the actual signature model because implementation of different colorways would be endless, and could be a great NikeiD offering.

The shoe did its job in every aspect, which has lead me to believe that every shoe should use this model (or even the Hyperrev 2016, but we’ll discuss this at a later date) as the standard of how a shoe should be executed. Nike really pulled out the big guns and made this shoe, although an overseas model, perform far better than it’s signature 13 counterpart. This model outperforms the other signature models out there — this is not a gripe against any brand, designer, or the product line manager(s), but if a shoe that costs 25-30% less and has almost the same concepts and inspirations of the actual signature model, our general consensus is that it’s not supposed to outperform the more expensive model. That thought process is wrong. The Nike Lebron Ambassador 8 is what a top performing signature shoe should be; from the excellent use of fit, support, and aesthetics, down to the cushioning, Nike went back to basics and gave us a top notch basketball shoe. Not a bad way to start off the new year Swoosh. Not bad at all.

Hopefully, Nike continues to release shoes such as this because they really outdid themselves. I’m beyond happy I was able to not only purchase this overseas model, but most importantly able to give you, our worldwide audience, a proper performance review. Even after playing 20+ hours in the shoeI find myself playing in the shoe more and trying to observe and figure out any negatives the shoe might have. I just couldn’t find any.

By the way, for a proper performance review the shoe must be played in actual games — a minimum of 20-36 hours to fully evaluate break-in time, structural retention of the aesthetics, cushioning status, and the traction.

I also hope that this particular shoe model becomes the foot-bed standard of what a great performance shoe should be, without having to pay premium top dollar. I can do without the special boxes and extras; please just give me a story behind the shoe, give me history, give me the architectural inspiration, and give me the best of what you’ve got to make a shoe that looks cool and performs like this. That, ladies and gents, is the feeling I want every time I get a signature shoe. 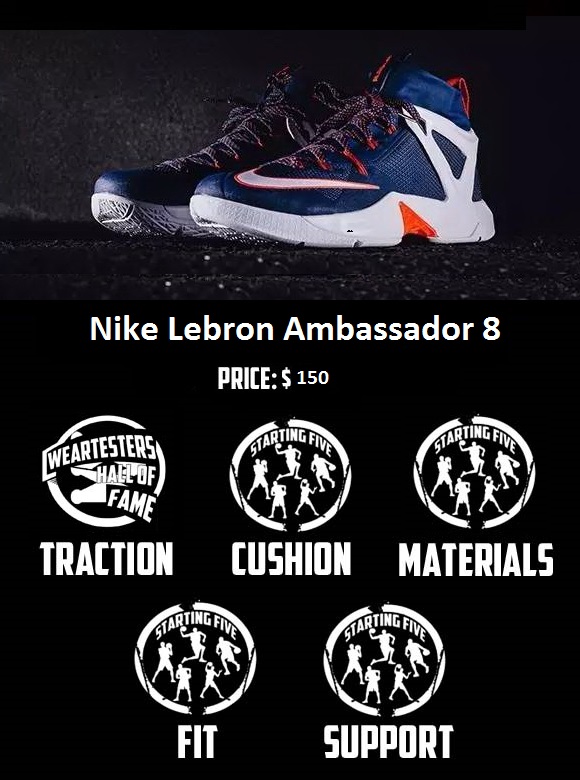 You can purchase the Nike Lebron Ambassador 8 here (while supplies last): 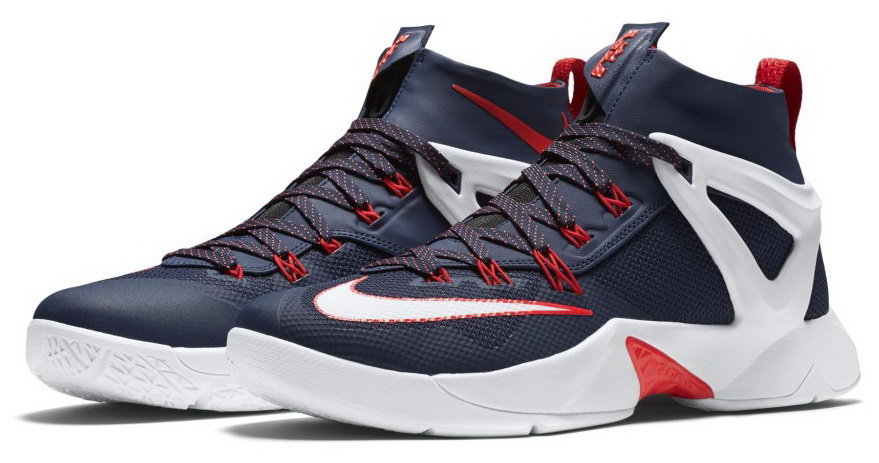 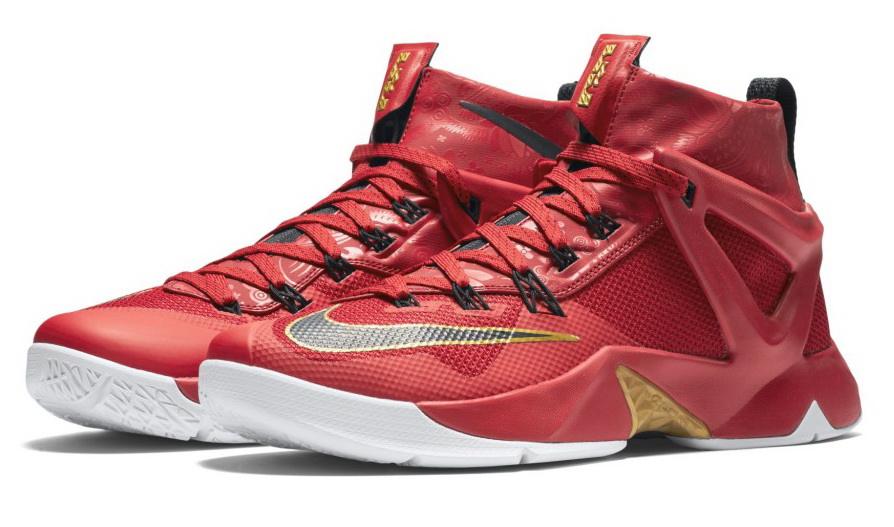