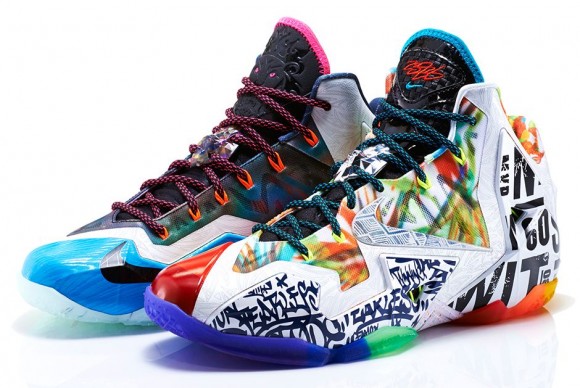 After a few delays and confusion on a release date, Nike has finally decided when they’re dropping the ‘What The’ LeBron 11. If you are unfamiliar with the colorway, it’s pretty much a hall of fame mash-up of some of the most beloved colorways in the LeBron line including the ‘South Beach’ 8, ‘Big Bang’ 9, and ‘Fruity Pebbles’ 4, just to name a few.

Anyways, the official release date is now September 13th, 2014, with a suggested retail price of $250. So far, only Nike.com has been confirmed. Other retailers and Nike RSVP locations will be determined closer to the release date.

To have a little fun with this, let us know how hard these LeBrons will be to pickup come release time in the comments below.