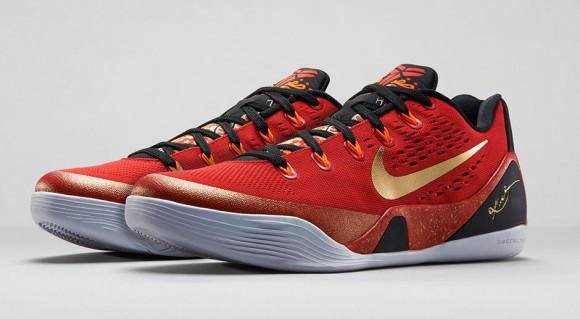 The well-regarded Nike Kobe 9 EM ‘China’ gets an official look. The sneaker is based on Kobe’s trips to China every year to promote the Nike brand. The country has always treated Bryant like a rock star, as he is one of the most popular basketball players in all of China. As for the shoes, a mix of University Red and Metallic Gold is utilized on the upper, with black hits throughout and white dominating the outsole.

The Nike Kobe 9 EM ‘China’ will officially release on August 30th, 2014 for a suggested retail price $180. The shoes will be available on Nike.com at 8am EDT with a countdown timer release method.

Let us know how these compare with past Kobe 9 EM models in the comment section below. 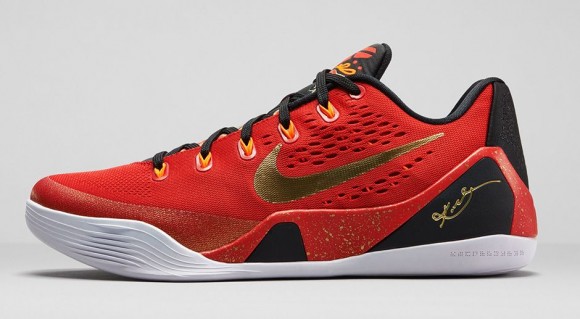 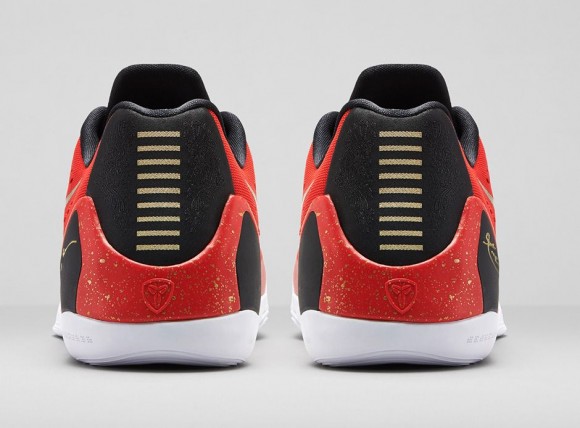 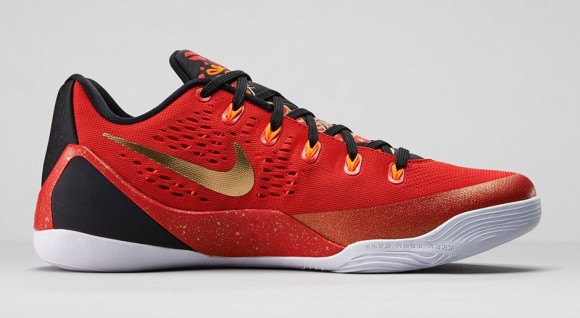