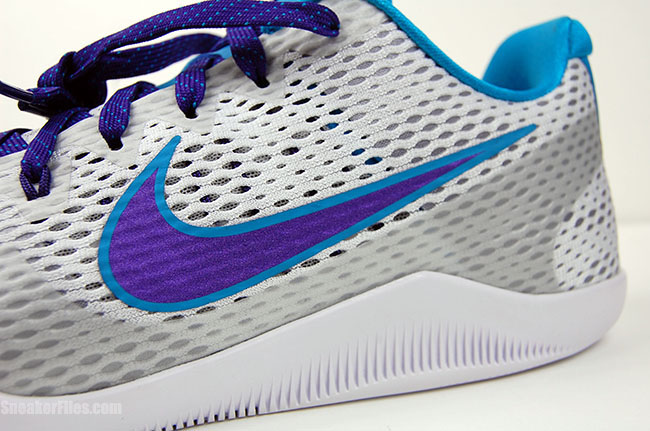 The shoe pays homage to the team that drafted him 13th overall in the 1996 NBA Draft; the Charlotte Hornets (before they became the New Orleans Hornets, with the current Hornets being the former Bobcats… Got that?) Of course, Kobe was quickly traded to the Los Angeles Lakers for Vlade Divac because his agent had demanded to hold out on any team other than the Lakers.

The colorway originally appeared on the Kobe 4, with purple and teal encompassing that shoe, much like this Kobe 11. Stay tuned to the site for the upcoming performance review of the Kobe 11 EM (which stands for Engineered Mesh.) 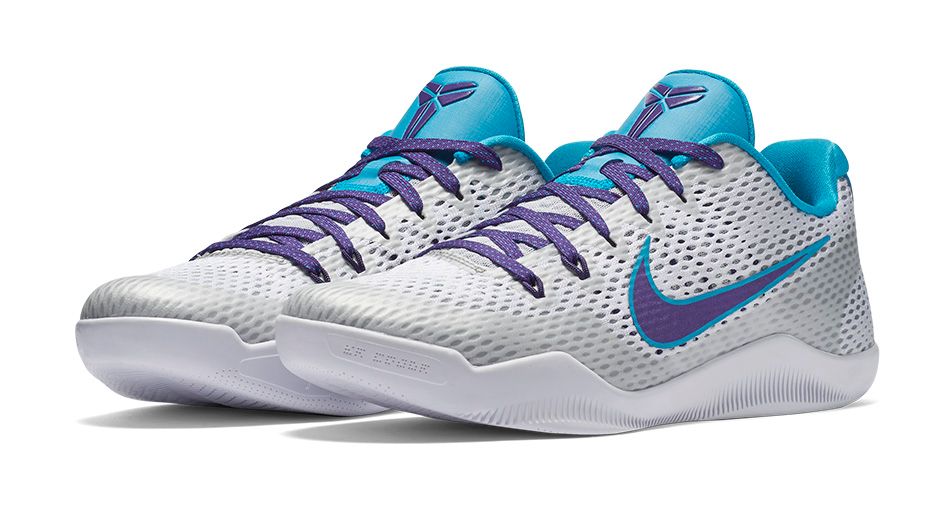 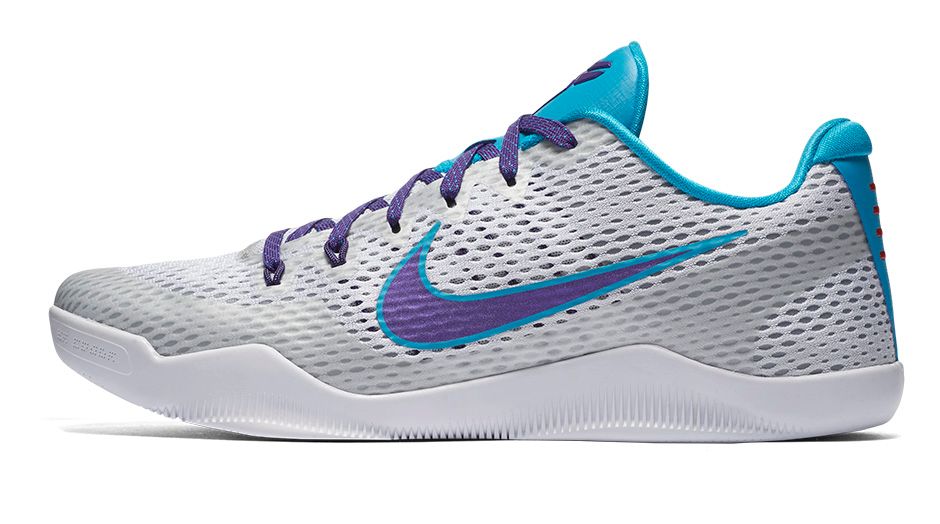 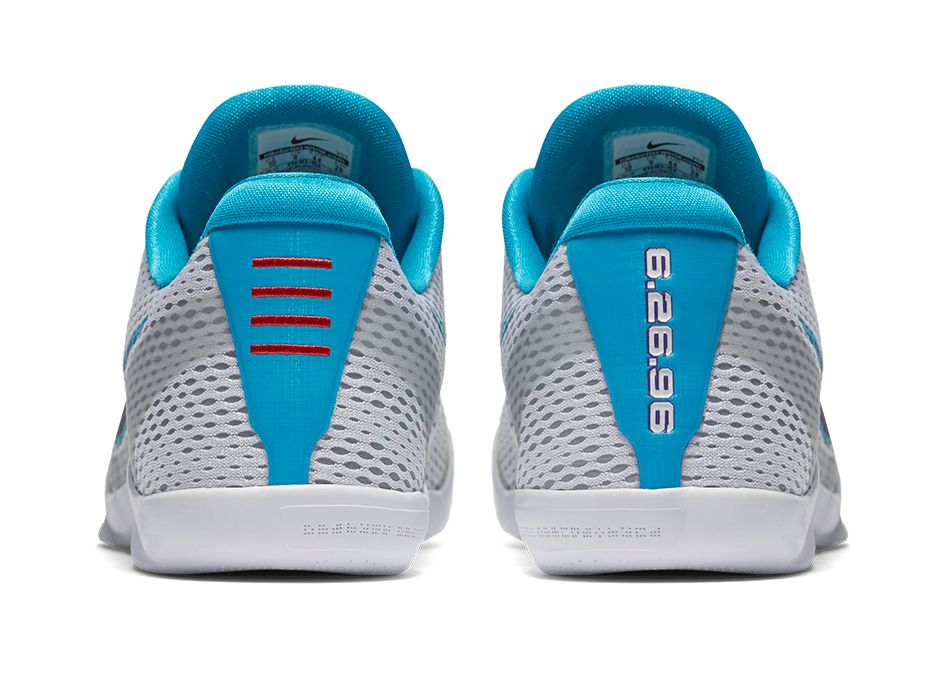 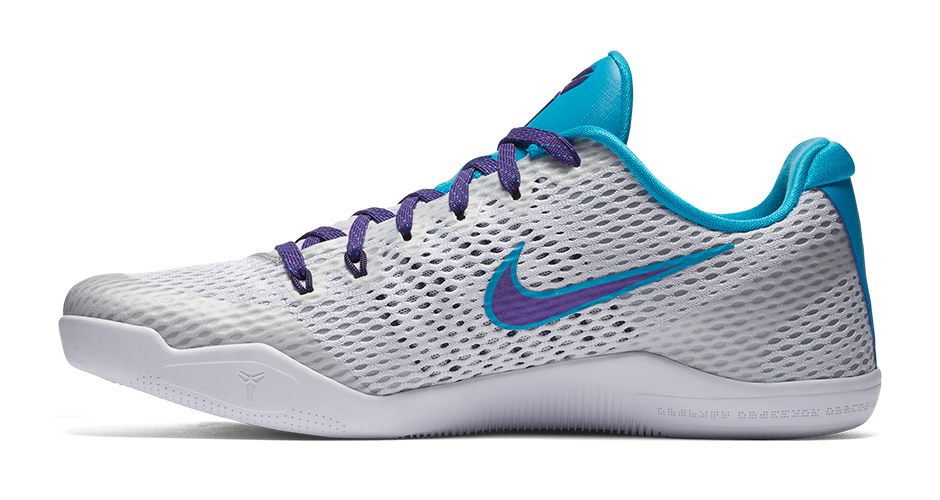