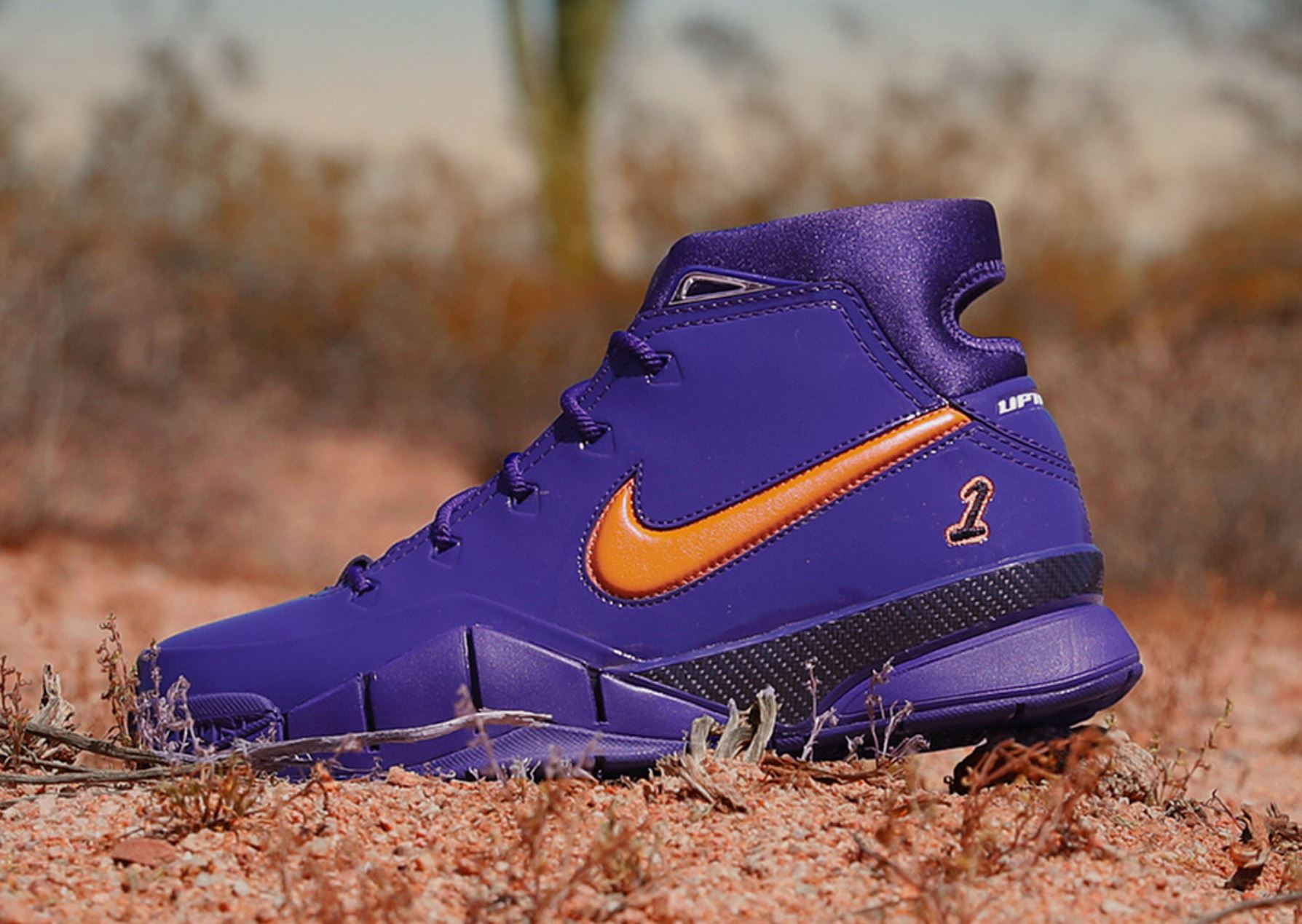 Viewed by many as the heir apparent to the one and only Kobe “Bean” Bryant, Booker certainly impressed with this flashy Kobe 1 Protro PE.

His sneaker features a purple patent leather upper with an orange Nike Swoosh that echoes the classic Suns color scheme. Additional details include Booker’s jersey number featured in black and orange at the quarter. Despite having missed the past 11 games due to a hand injury, Booker reminds us of his presence with this striking colorway of the Kobe 1 Protro.

According to House of Hoops, the Nike Kobe 1 Protro ‘Devin Booker PE’ will release today at the following HoH locations: Hollywood and Highland, Harlem, and Fashion Square (Scottsdale). Retail is expected to be $175.

Will you be trying to pick up this PE? Let us know in the comments. 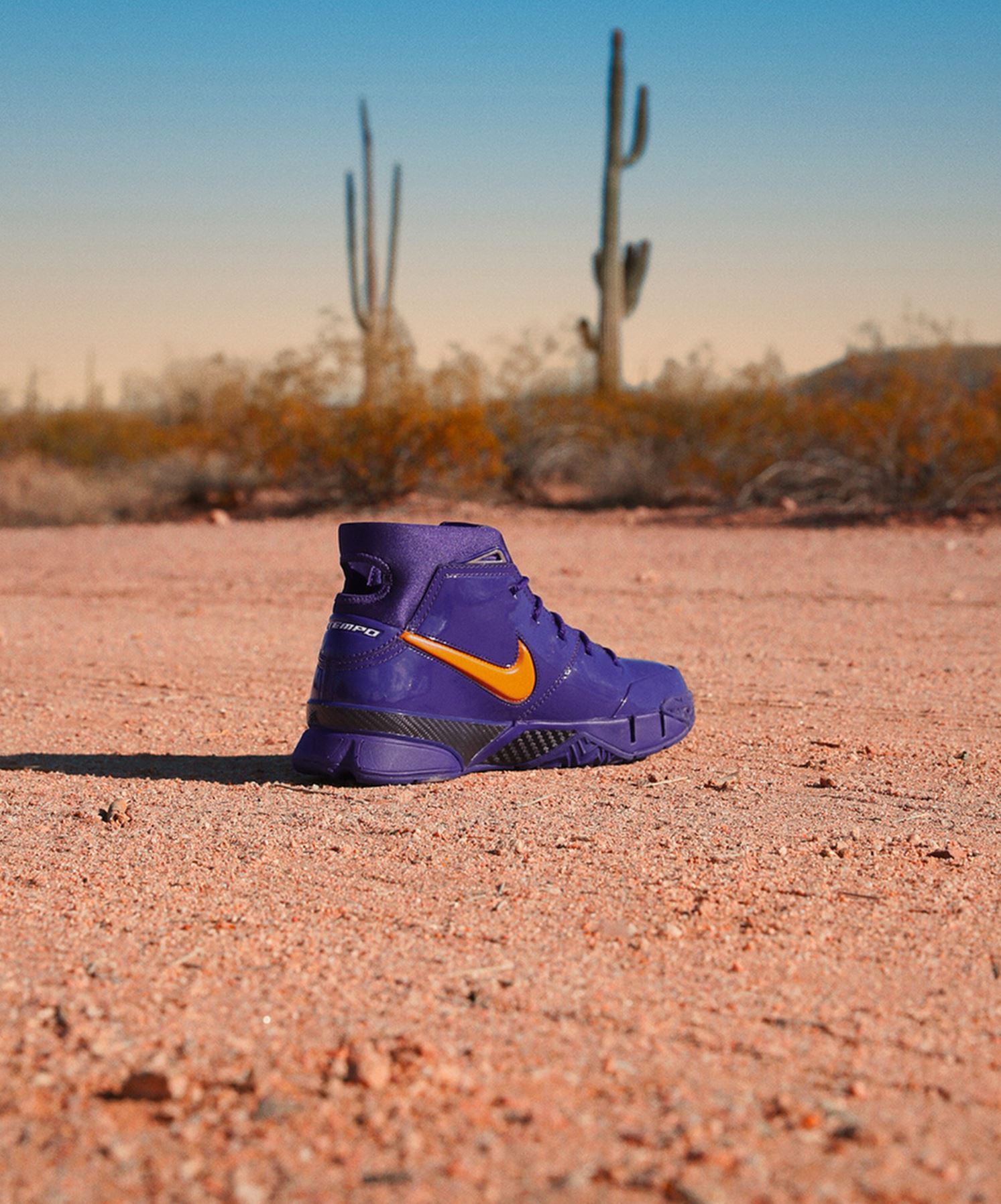 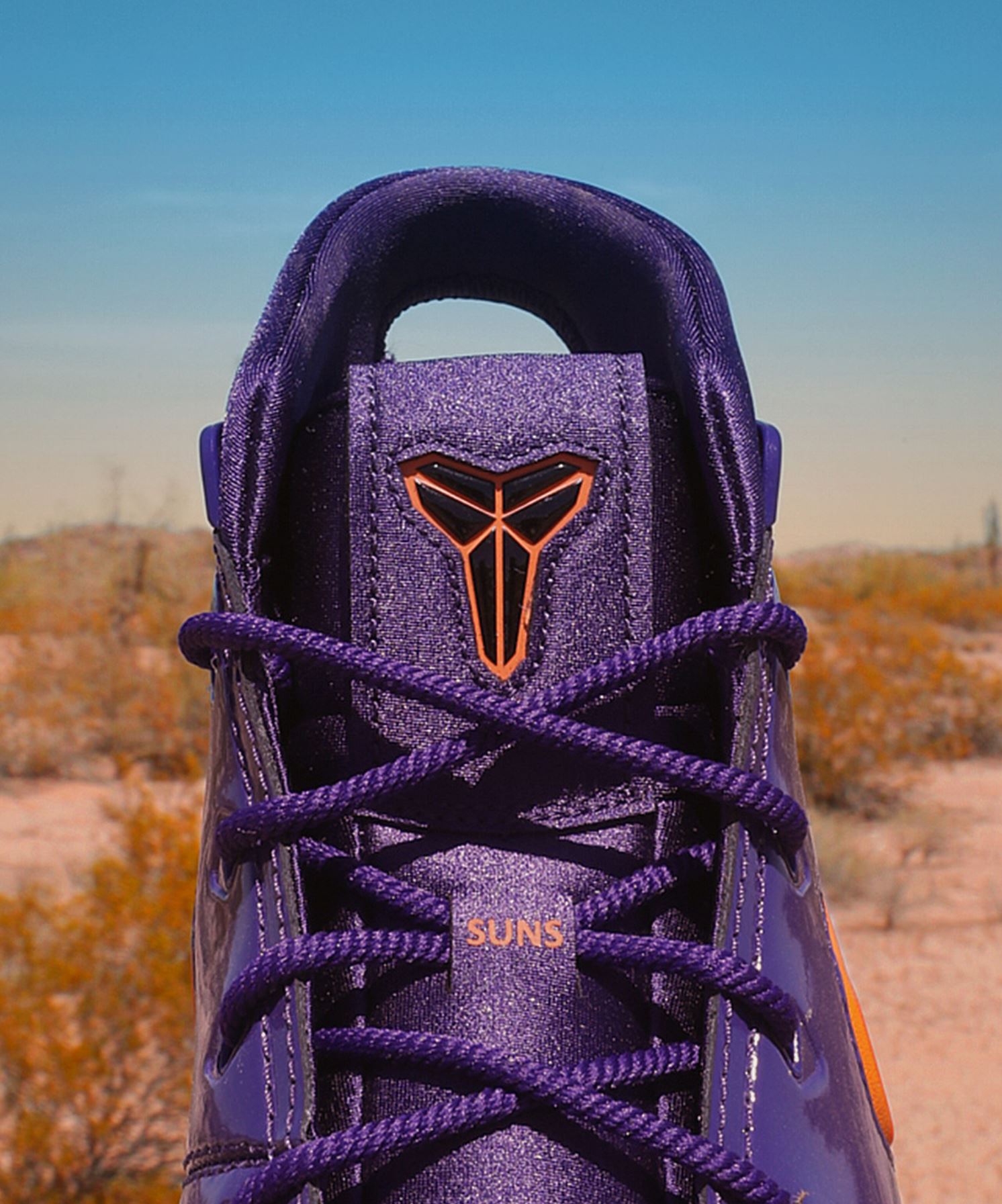