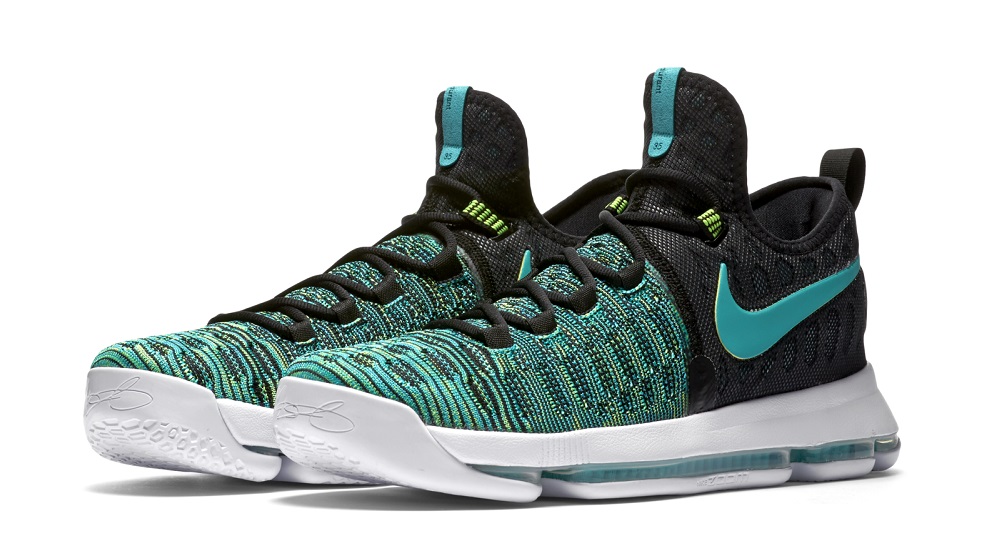 Nike got a HUGE kick up with the KD9, a shoe that combines all of the best Nike technology (in our opinion) with a lower price point than last year’s signature model. Regardless of your opinion on his professional choices, the shoe is Top 5 (or higher) this year, on court, and we’ve only seen a couple of colorways so far — until now.

Kevin Durant and Leo Chang have traveled to China to unveil the KD9 to the vast number of followers the country has for all things Durant (and Leo). Additionally, they have officially announced the next two retail colorways, the ‘Unlimited’ and the ‘Bird of Paradise’. The ‘Unlimited’ has already been seen in pictures on Instagram (and in person at the Kick Roll Classic in Austin this past weekend by us) and it combines the same tech, utilizing a multi-color Flyknit in the forefoot and fluorescent Volt and Hyper-Punch Pink touches on the sole and swoosh. The ‘Unlimited’ colorway releases on August 4 globally for $150.

The ‘Bird of Paradise’ build features touches of jade green on the forefoot knit, swoosh, and Zoom bubble but doesn’t deviate from the same great performance features already reviewed here. This colorway will see worldwide release on August 19 for $150.

To read more on Durant’s trip to China, click here.

Check the video of KD’s travels below and below that, check the pics of the kicks. In the comments bow tell us how much you love ’em or hate ’em. 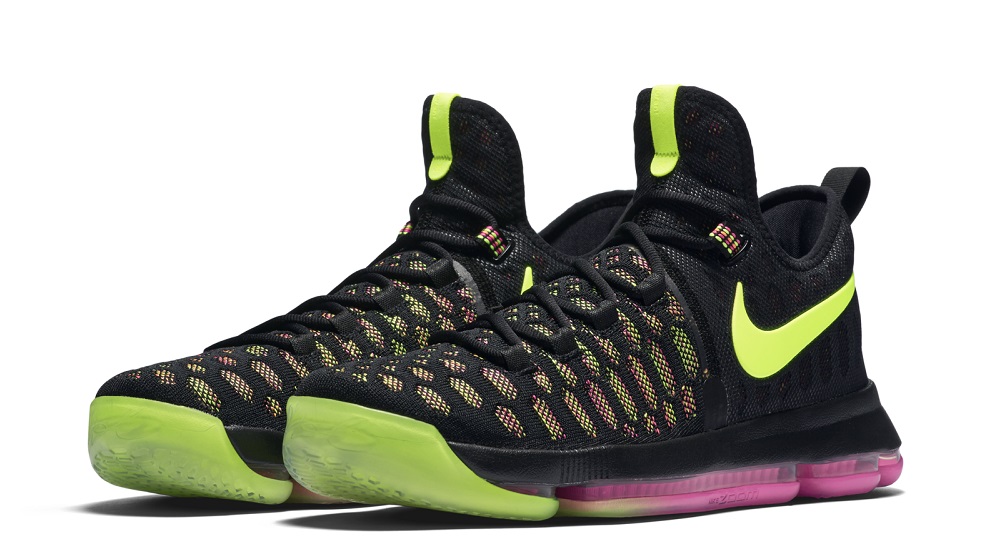