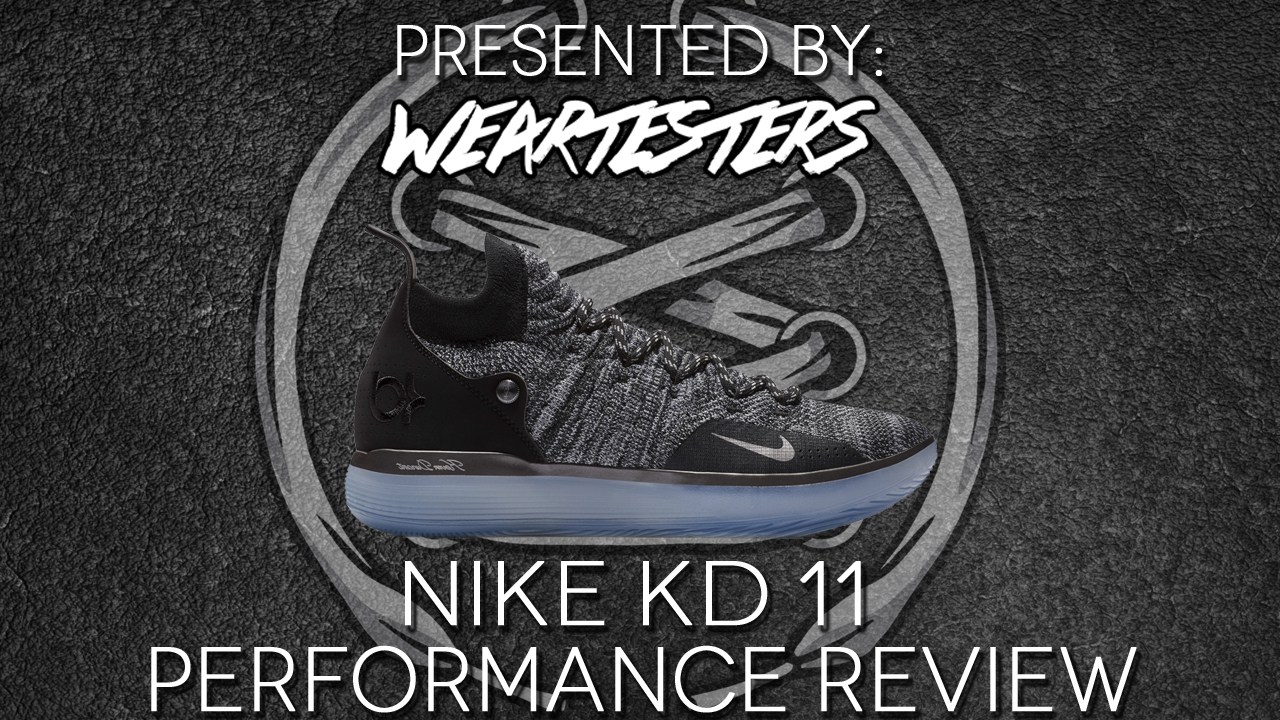 The Nike KD11, with its combination of React and Zoom, had me all up in my feels. But did the shoe live up to the standards of a two-time NBA champ? Let’s find out.

Traction in the KD11 was decent at best. It’s no KD9 honeycomb traction (which was amazing), and due to the tight grooves, dust collected quickly which caused more frequent wipes. The outsole consistency over the few years of Kevin Durant’s signature line has been quite disappointing — especially coming from previously great models — unless you have access to a pristine college/NBA court.

Cushion was on point in the KD11, once broken in. The React midsole is placed inside a rubber cupsole while the 7mm thick top-loaded full-length Zoom Air unit sits above the React. The combination provides an awesome amount of impact protection. Upon landing on rebounds and hard first steps I felt ample feedback that launched me right into my next motion. For those who require more cushion (especially those with back and knee problems), this is definitely a plus.

Another year, another Flyknit shoe, which is generally never a bad thing. The uppers of the KD line have been modified over the years to make the shoe feel more sock-like. With some suede backing along the heel counter, TPU at the lateral side, and React and Zoom Air cushion caged by a full rubber cupsole, you’d think you’re paying for a premium shoe.

The combination of the materials used on the KD11 appears to be geared to Durant’s narrow foot and this shoe should cater to those who want their footwear to feel the same way. We’ll discuss that more in the next section, however, the materials utilized are well-thought out — just not well-executed.

While I do have slightly wide feet, the shoe actually fit me true to size, although people with different foot shapes should try the KD11 on.

Once I got rolling on the court I was not locked in. You don’t feel quite as locked in because, again, the shoe is catered to the way Kevin Durant likes to lace up his shoes (which is slightly loose). I think if Nike strategically knitted areas of the shoe tighter, like at the midfoot, I wouldn’t have felt my foot shifting inside the shoe as I did much while in movement. You might not have this experience (which I hope you don’t), but be forewarned because the knit material does stretch out over time.

NOPE! Just nope! While the fit wasn’t totally a deal breaker, the overall support is. Knowing that the upper material will eventually stretch out, the one thing that kills me is that my foot wouldn’t stay on the footbed of the shoe.

I have no idea how to pull off the cuts Durant makes on his right to left cross-over pull-up move when I don’t feel like my foot is directly in the KD11. If you’re just running up and down the court without making any lateral cuts or movements (which is totally unheard of) then you’d be just some guy or gal running for no apparent reason. The amount of torque and movement I exerted in the shoe — while not feeling locked in — made me second and triple guess every move I made, which no player should have to deal with.

When my feet got pushed forward in the shoe the stretchy knit upper could not keep me contained and thus, the heel counter did not lock me in properly. I would expect a more exaggerated outrigger, and although an outrigger is present, the high ride and stretchy upper had me coming out of the shoe. For others, it could lead to a rolled ankle, or *knock on wood*, something worse. In the KD11 it seems containment was an afterthought.

If Nike had implemented a more tightly knitted midfoot, an exaggerated lateral outrigger, or sat the wearer within the midsole, most of these hazards would have been avoided.

I wanted to love the KD11. While I had bad experiences with the KD9 (Zoom popped) and the KD10 (lacing loops ripped), I didn’t want to give up on the KD signature line. The safety of this shoe is what is keeping me away from it.

While the materials and cushioning used here are nice, I don’t see how this shoe made it through wear-testing. I understand the shoe is catered to Kevin Durant, but we all know KD dislikes changing shoes — especially ones he’s broken in — and not all consumers have narrow feet like KD. Innovation shouldn’t come at a cost, and the KD11 seems to be the prime example of that.

Trust me, I want the shoe to succeed, not only for us WearTesters but also for all you consumers out there. Will I be looking forward to the KD12? Possibly, as long as I keep my expectations low, but we all know father-time doesn’t wait for anyone. Until next time… 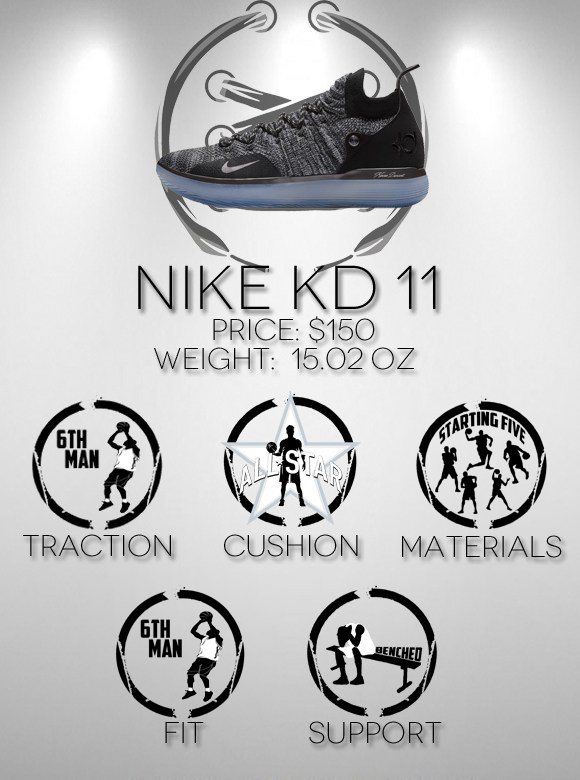