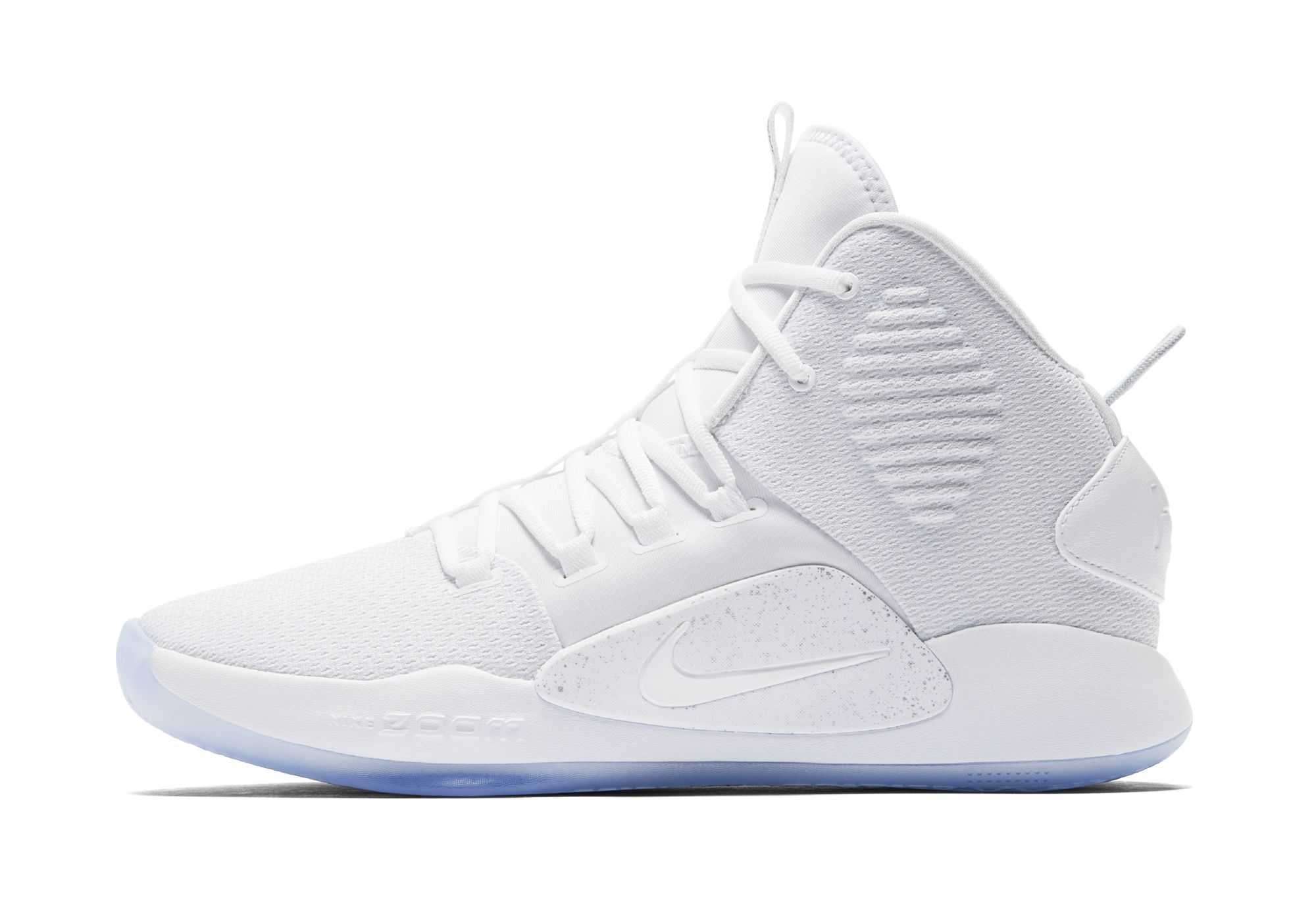 According to reliable leaker US11, the Hyperdunk X ‘Triple White’ should hit retailers on July 20. While the shoe hasn’t appeared on release calendars yet, it should drop before next season. Of course, once we spot it we’ll update you.

Fans of the line can expect the ten-year anniversary edition to come equipped with heel and forefoot Zoom Air units within a cored-out midsole that should save weight. Both the high and low builds appear to use half bootie setups and fuse reinforcements at the toes.

There is still no word yet on price — or on whether there will be a fully Flyknit variant of the shoe — but the next Hyperdunk has already leaked in nearly every team colorway you could imagine.

While you wait on the next Hyperdunk, check out the upcoming Nike Hyperdunk X ‘Kay Yow’ for Breast Cancer Awareness Month. 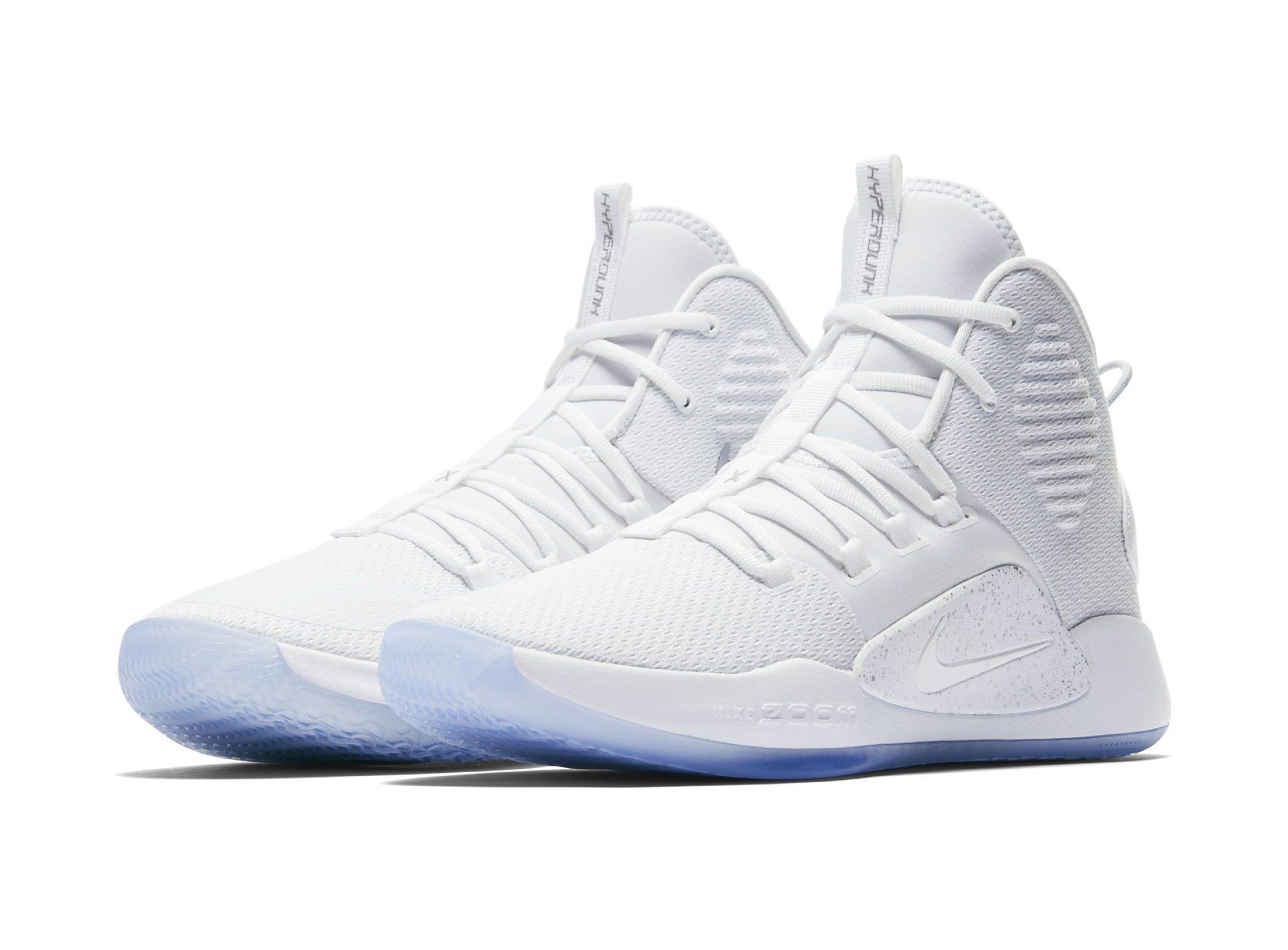 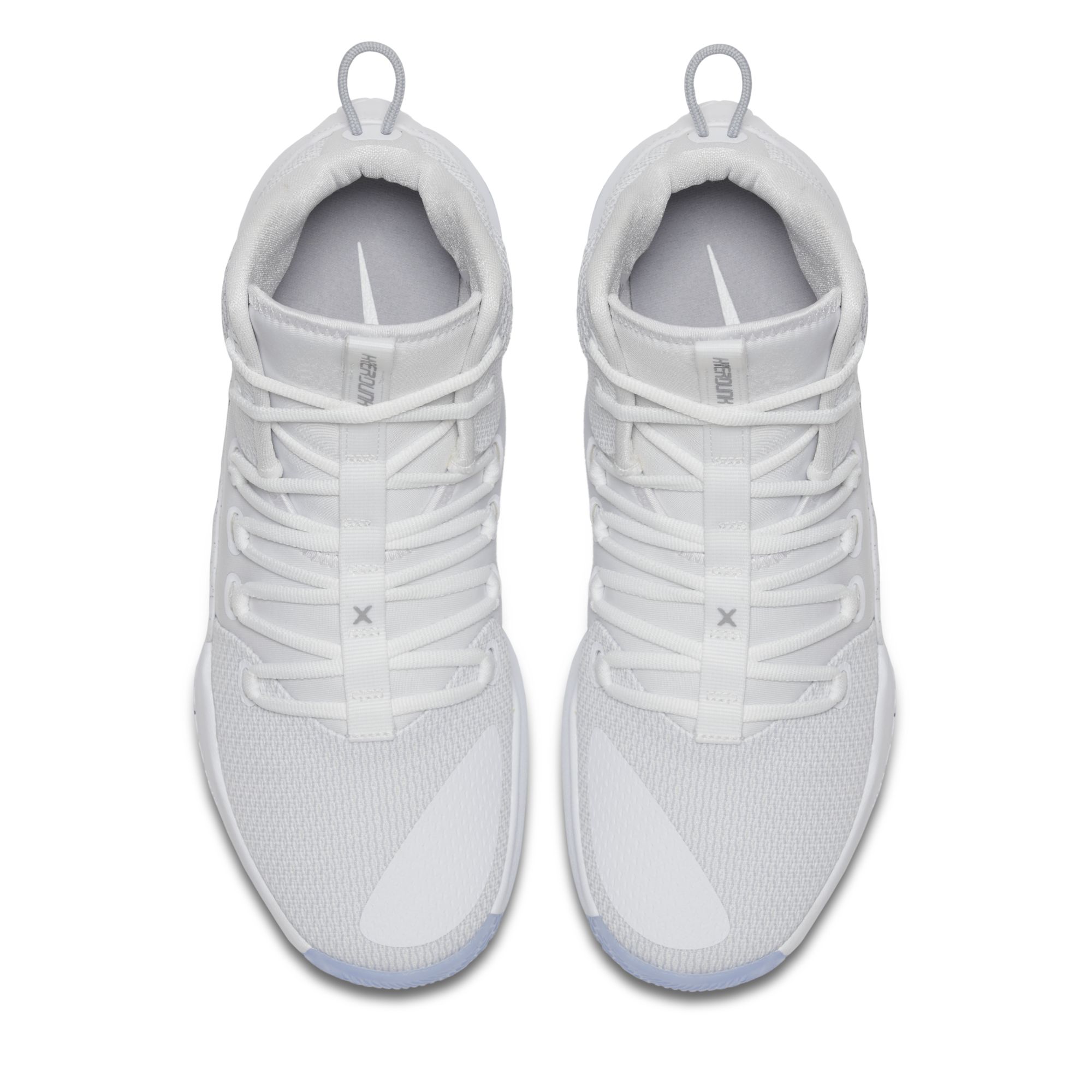 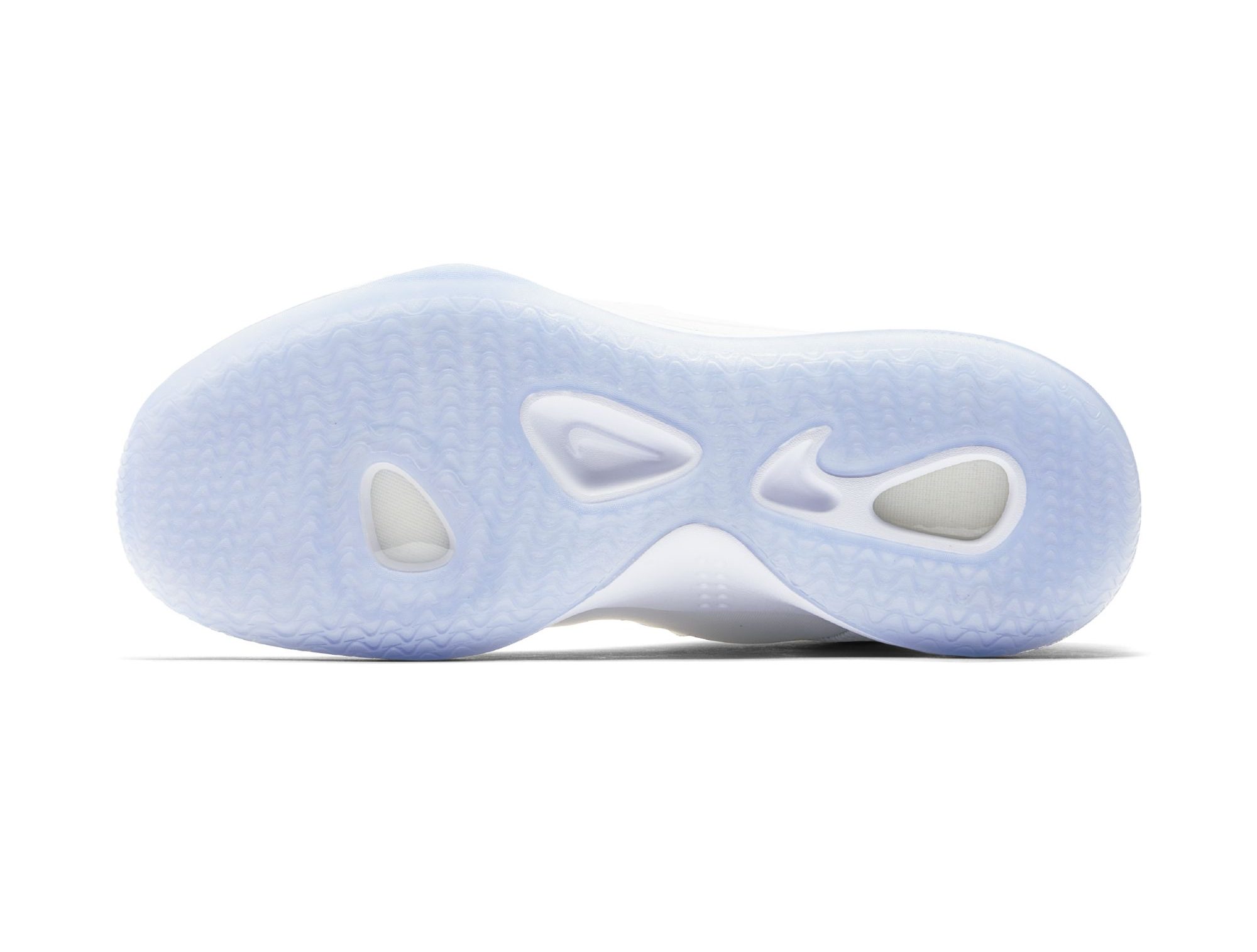