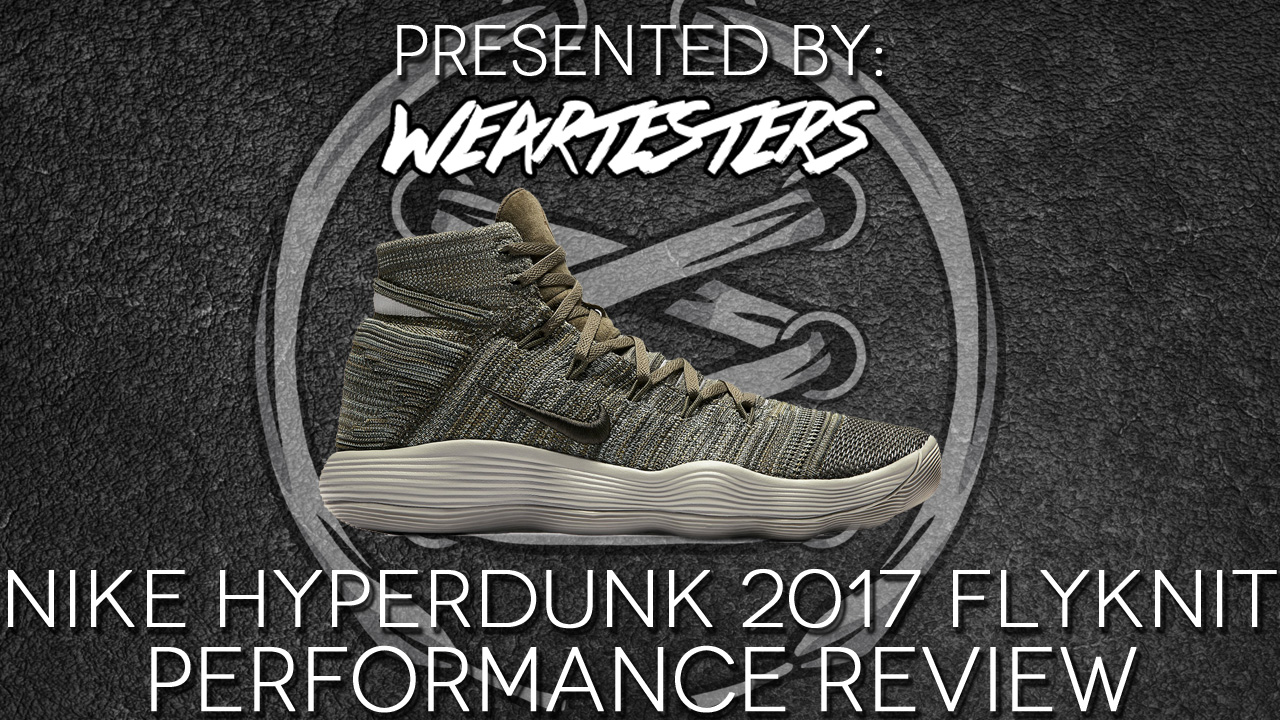 The Nike React Hyperdunk 2017 Flyknit features a multi-directional pressure map traction pattern that looks like a crazy RC race track on steroids. The traction was so good I was on the court stopping on a dime when I didn’t have to. It has been awhile since I’ve played on something this great. This is the second best traction I have ever played on, the first being the Kobe 9 Low.

Full-length React cushioning is being used in the Hyperdunk 17 Flyknit, and a Phylon midsole carries that React foam. This setup was not what I expected, and the first few on-court wears were disappointing.

The React foam was stiff, and it had no life — it was super dead. I was running down the court trying to concentrate on the cushioning and waiting for it to react but nothing was there. Why did Nike call this React? I have no idea.

The setup felt more like something the grim reaper would sleep on. The only decent part about the cushioning was the impact protection, and even that wasn’t the greatest — certainly wasn’t enough for my liking. For the people who love court feel with a little impact protection, you all will like this setup — especially if you were fans of the Kyrie 3 and its cushion.

The materials on the Hyperdunk 2017 Flyknit are extremely comfortable. The way Nike integrated the TPU yarn in the Flyknit is beast. I couldn’t tell anything was there. I was getting the reinforcement I needed with the comfort I wanted.

As far as the fit goes, the Hyperdunk 2017 Flyknit does run true to size for wide footers. I have a narrow foot, I went with my usual size, and should have gone a 1/2 size down. Once the Flyknit broke in, the materials loosened up, causing some dead space in the toebox. That negatively affected the lockdown.

If Nike had added just one more Flywire eyelet at the forefoot that dead space probably could have been prevented. For me, everything from my forefoot to the toebox was just all over the place. When I would make a hard lateral movement, I swear my pinky toe would be sitting on the court just hanging out chilling like, “What up toes? What y’all on tonight?” My other toes would be like, “Man we at club footbed bro come join us.” The entire shoe was doing a gangster lean on me and I wasn’t feeling that at all.

The fit plays a vital role in support and not having the proper fit will affect the support for sure. The lateral containment wasn’t all that great — there was just too much movement going on for my liking. Other than that, everything else was good.

The internal heel counter worked well with the padded achilles pillow. The base is wide and stable and I had no issues staying upright. That lateral containment just killed the overall experience for me.

The Nike Hyperdunk 2017 Flyknit isn’t a bad shoe. The cushion isn’t what I expected, but it’s tolerable. The lateral containment wasn’t the best, but it won’t keep me from hooping in these again.

I can see this Hyperdunk being a side piece to my on court rotation; I’ll rock it here and there, but it isn’t replacing anything in the lineup anytime soon. 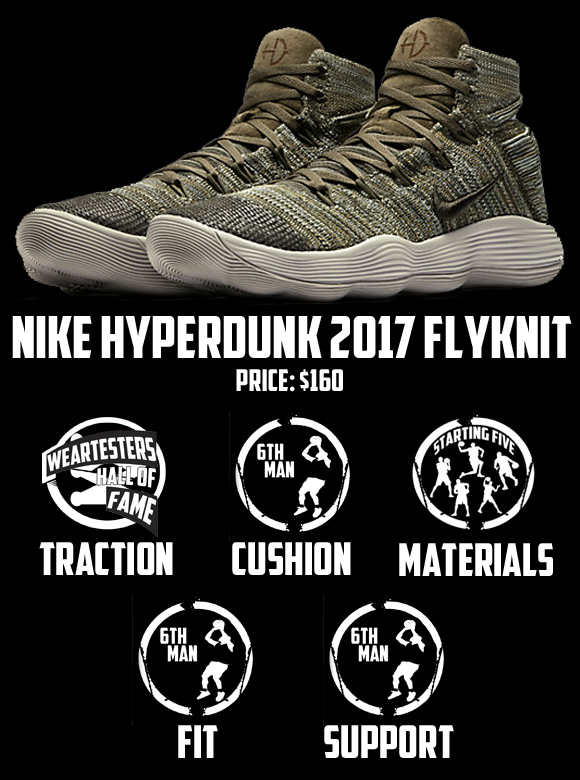