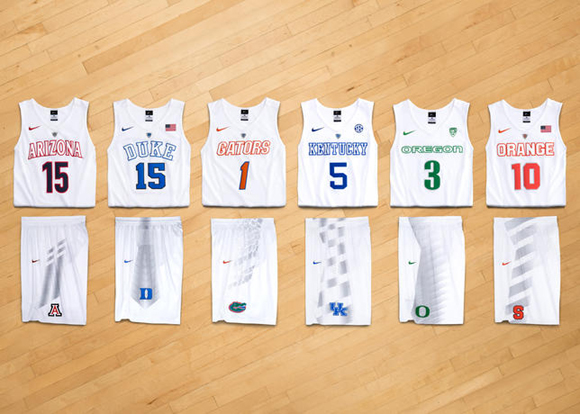 Probably the biggest month in basketball, especially college basketball, March Madness is approaching quickly and with the upcoming games… Nike is hooking eight of their top teams up with their latest Nike Hyper Elite jersey uniforms.

Each school’s home uniform will feature a white base with school-specific color lettering and a 26-degree speed graphic of an iconic symbol of each school across the side of the game short. The 26-degree angle of each school’s graphic was inspired by the chevron on the classic Nike Windrunner track jacket that debuted in 1978. Each graphic represents a distinctive basketball point of view, based on the roughly 1,000 directional changes, or “cuts” that a player might make in the course of a game. 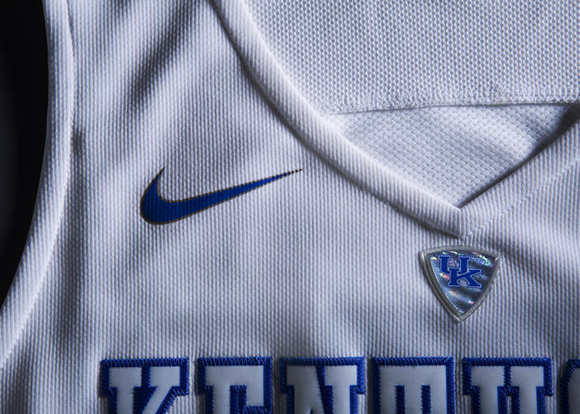 A flocked lining at the inside of the neck allows the athlete to comfortably wipe excess moisture from the face. Ultra-lightweight stretch mesh in the back of the jersey serves to regulate the temperature of the player along the spine, where athletes tend to heat up the most. Redeveloped lightweight sphere fabric in the front of the jersey helps maintain a comfortable body temperature by wicking moisture while eliminating cling from excess sweat. 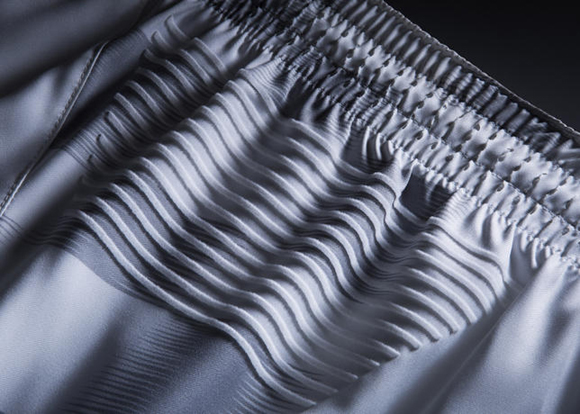 A perforated, vented waistband in the Nike Hyper Elite shorts provides a level of cooling, while maintaining the comfort and security that athletes require. A new performance flex vent placed by the knee allows the game short to naturally flex when the player moves. The addition of a flocked “wipe zone” at either hip allows a comfortable spot to dry hands as sweat builds up. The continuation of performance perforated zones at the side of the short allows the moisture management properties of the Nike Pro Combat Hypercool shorts or Nike Pro Combat Hyperstrong shorts worn underneath to work together as a complete system. 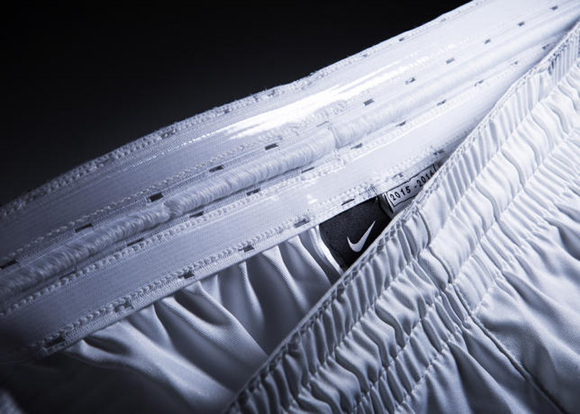 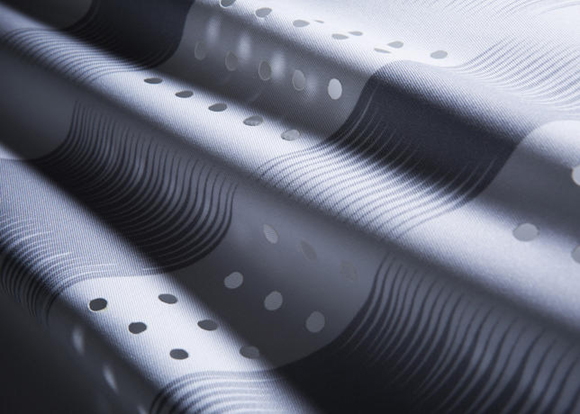 Each school’s collection will feature the Nike Hyper Elite  jersey and short, Nike Elite sock, Nike Shooting Shirt and the Nike Hyper Elite Vest. The vests sleeveless design allows for full range of motion while providing reduced weight for pre-game warm-ups. The women’s Hyper Elite uniform features a slimmer silhouette in both the jersey and short. More women’s specific basketball products will make their debut starting in August. Additionally, the 26-degree speed graphic on the short depicts an evolved take on an iconic symbol or representation of each team:

The Arizona Wildcats feature an evolved multi-bar graphic from their current game short. 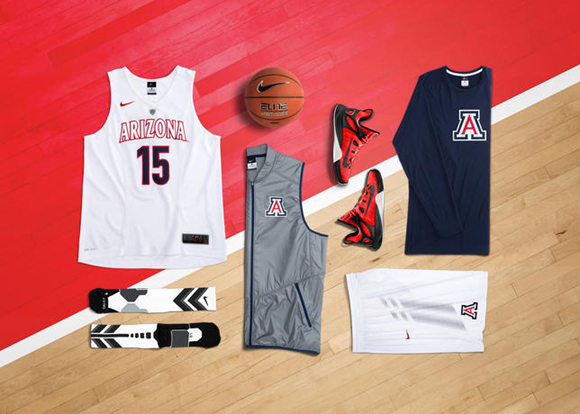 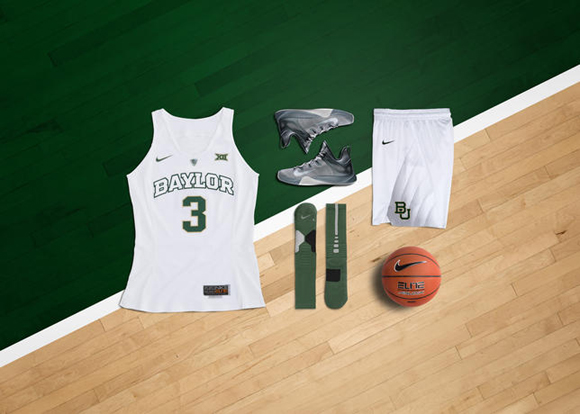 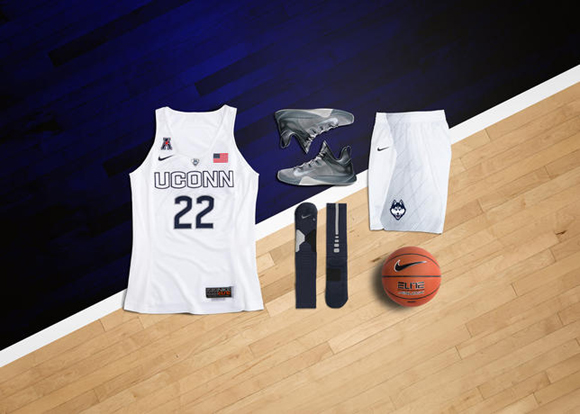 The Duke Blue Devils feature an evolved diamond from their current game short. 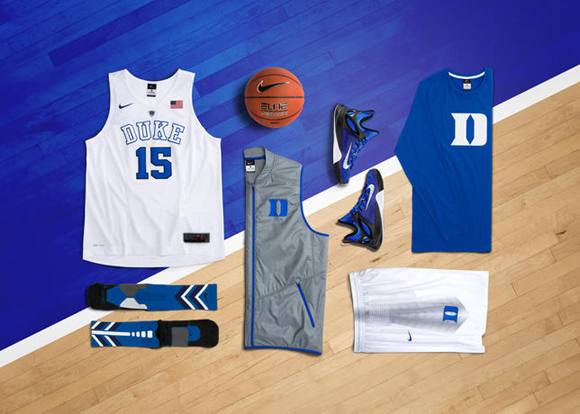 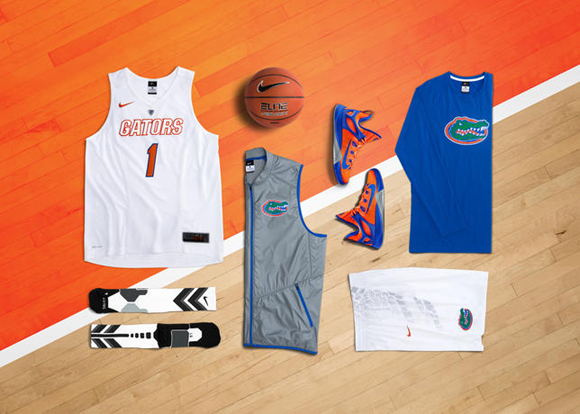 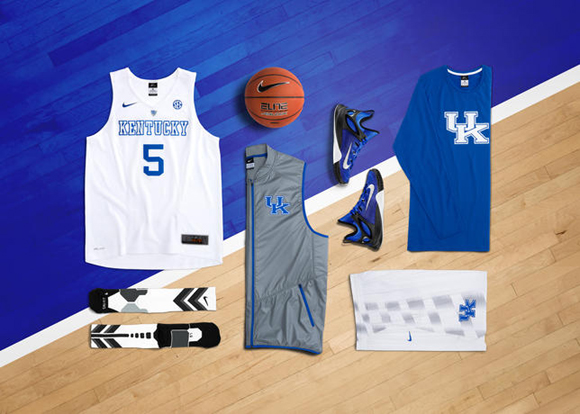 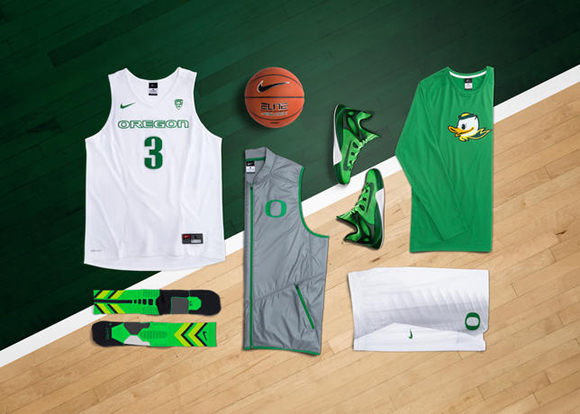 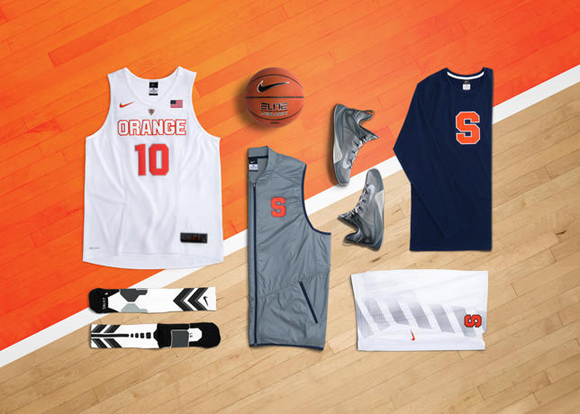 The uniforms will make their debut on-court on the following dates: Kentucky (vs. Auburn) on Feb 21; Arizona (vs. UCLA) on Feb 21; Baylor (vs. TCU) on Feb 21;  Oregon (vs. Utah) on Feb 22; Duke (vs. Syracuse) on Feb 28; Florida (vs. Tennessee) Feb 28; and Syracuse (vs. Virginia) on Mar 2. Connecticut is expected to debut its uniform during the conference tournament.

The Hyper Elite Collection is available at nike.com on Feb. 20.