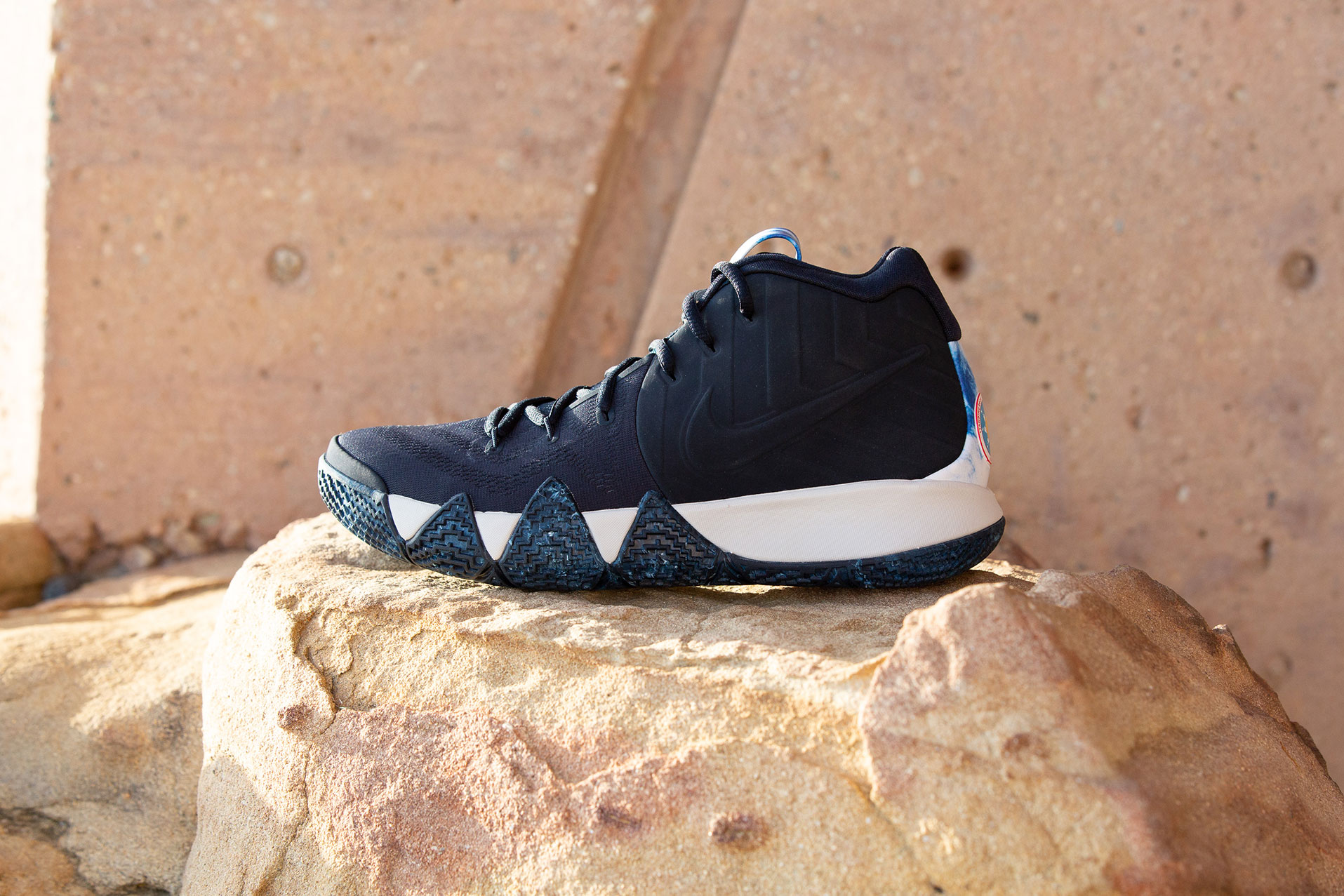 Summer is here, and that means that it’s time for the Swoosh to unveil its latest collection to support Native American and Aboriginal communities. The standout of the 2018 Nike N7 may be the stunning N7 Kyrie 4 which flaunts the Standing Rock tribal seal.

“I’m humbled that we were able to place Standing Rock’s tribal seal on this N7 shoe,” said Irving in a statement. “I’m proud of my personal history, so to have this opportunity to represent my family as well as the Standing Rock Sioux Tribe is an incredible honor. Mom, this is for you. I love you so much.” 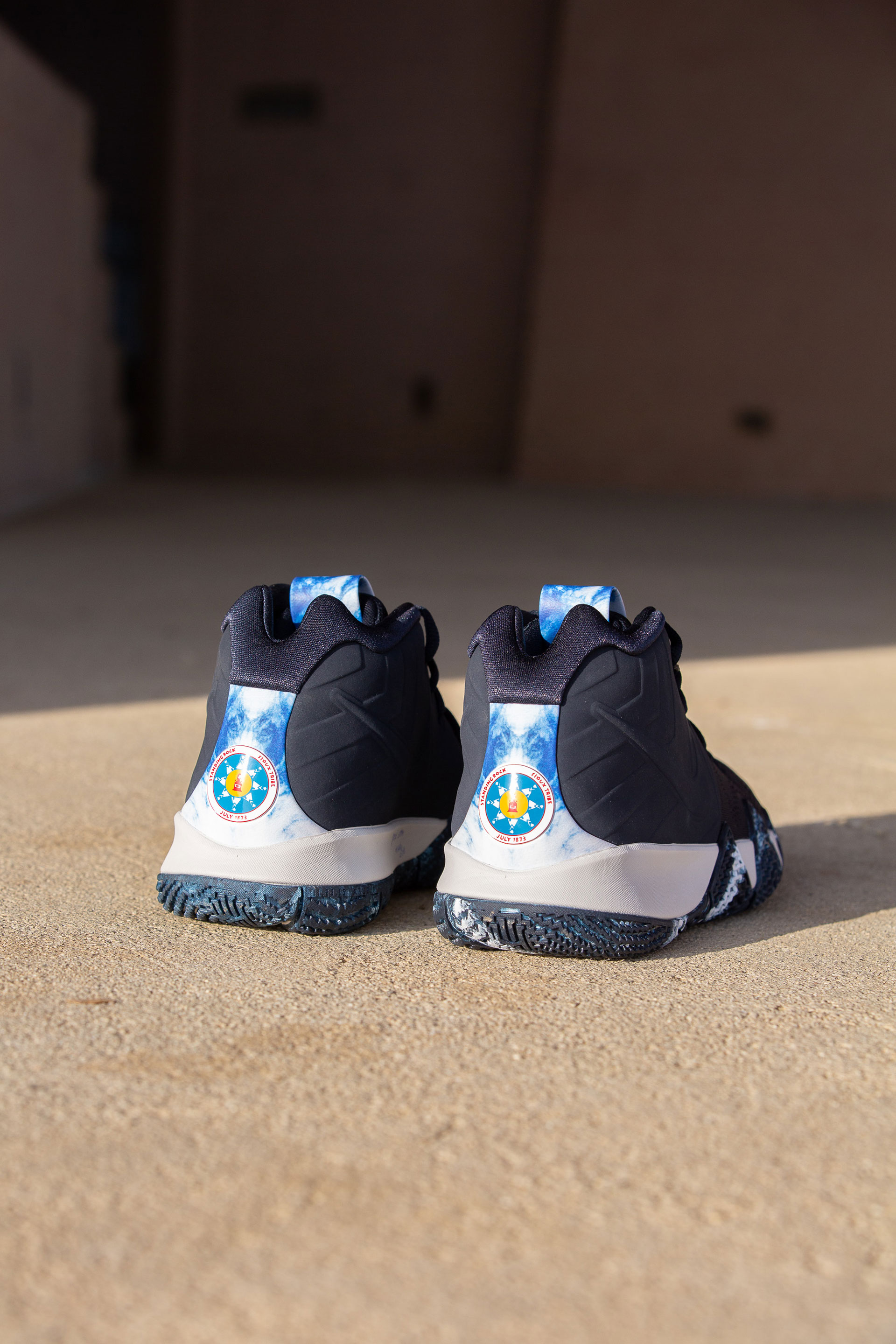 This year, Nike’s N7 collection is inspired by nature’s stunning blue expanses of sky and water. Thus, the collection features a unique indigo print informed by the image of sky reflecting onto water.

According to Nike, the print was made by natural dyeing, a process by which flowers are collected, mixed through a giant vat, and produced onto a large piece of fabric. Finally, the image was scanned to sublimate the color onto technical sportswear fabric. The N7 women’s collection prominently features the indigo print on the muscle tank and compression tights, and several footwear styles like the Air Max 1, N7 Kyrie 4, and N7 Air Max Motion LW flaunt the print. 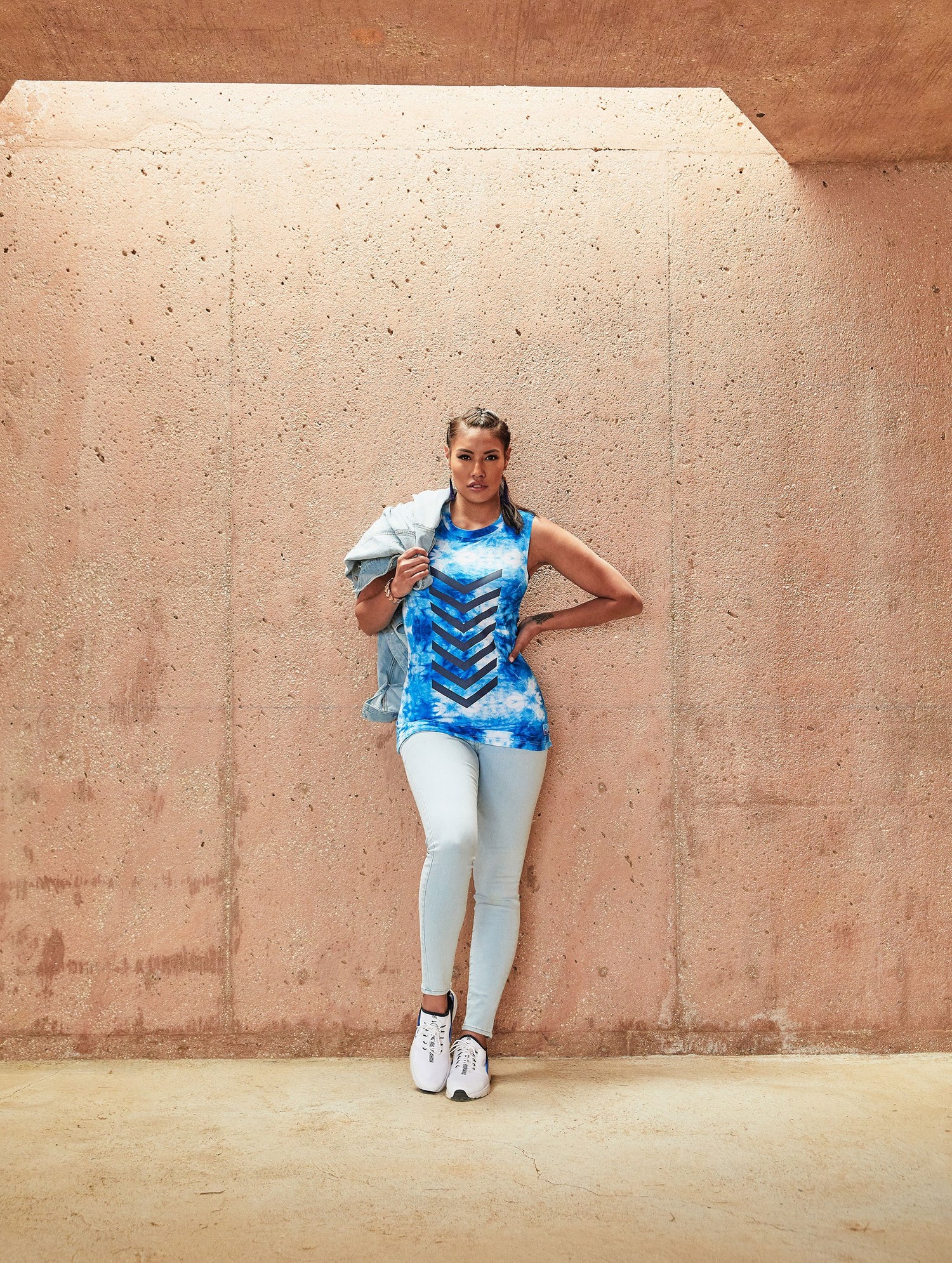 However, the collection also showcases another powerful symbol, the chevron, which occurs throughout Native American iconography — the fletch of an arrow, beadwork, and armor chest plates — according to Nike. Seven bars honor the N7 mission statement: “In every deliberation, we must consider the impact of our decisions on the seventh generation.”

According to Nike, the N7 collection supports the N7 Fund, which has awarded $5.6 million in grants to 243 communities and organizations since 2009. The program has reached over 420,000 youth and is committed to help organizations provide sport and physical activity programming to Native American and Aboriginal communities.

The 2018 Nike N7 collection will release on June 21 at Nike.com, select Nike Factory stores, Sport Chek, and Hibbett Sports. No pricing information has been announced. 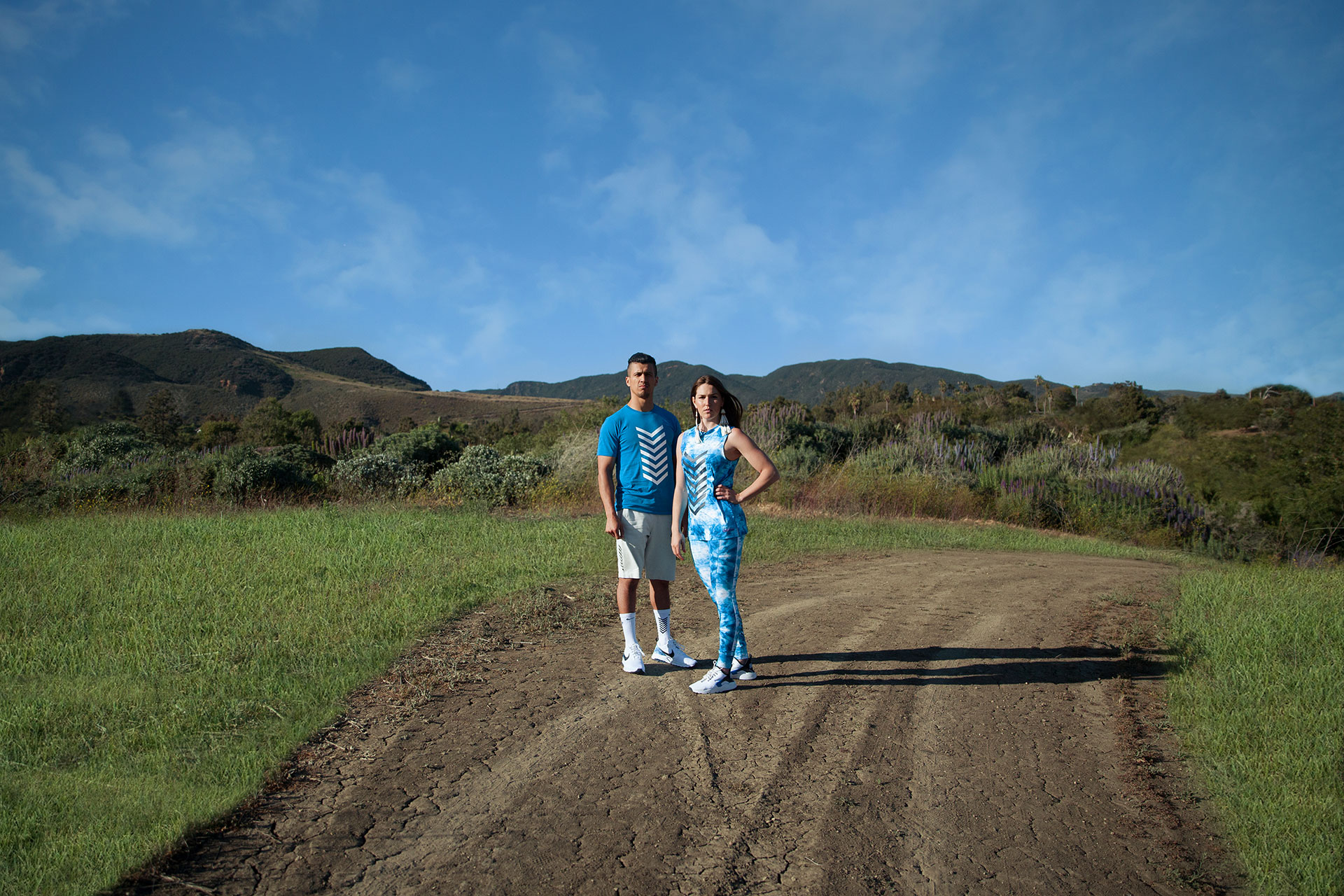 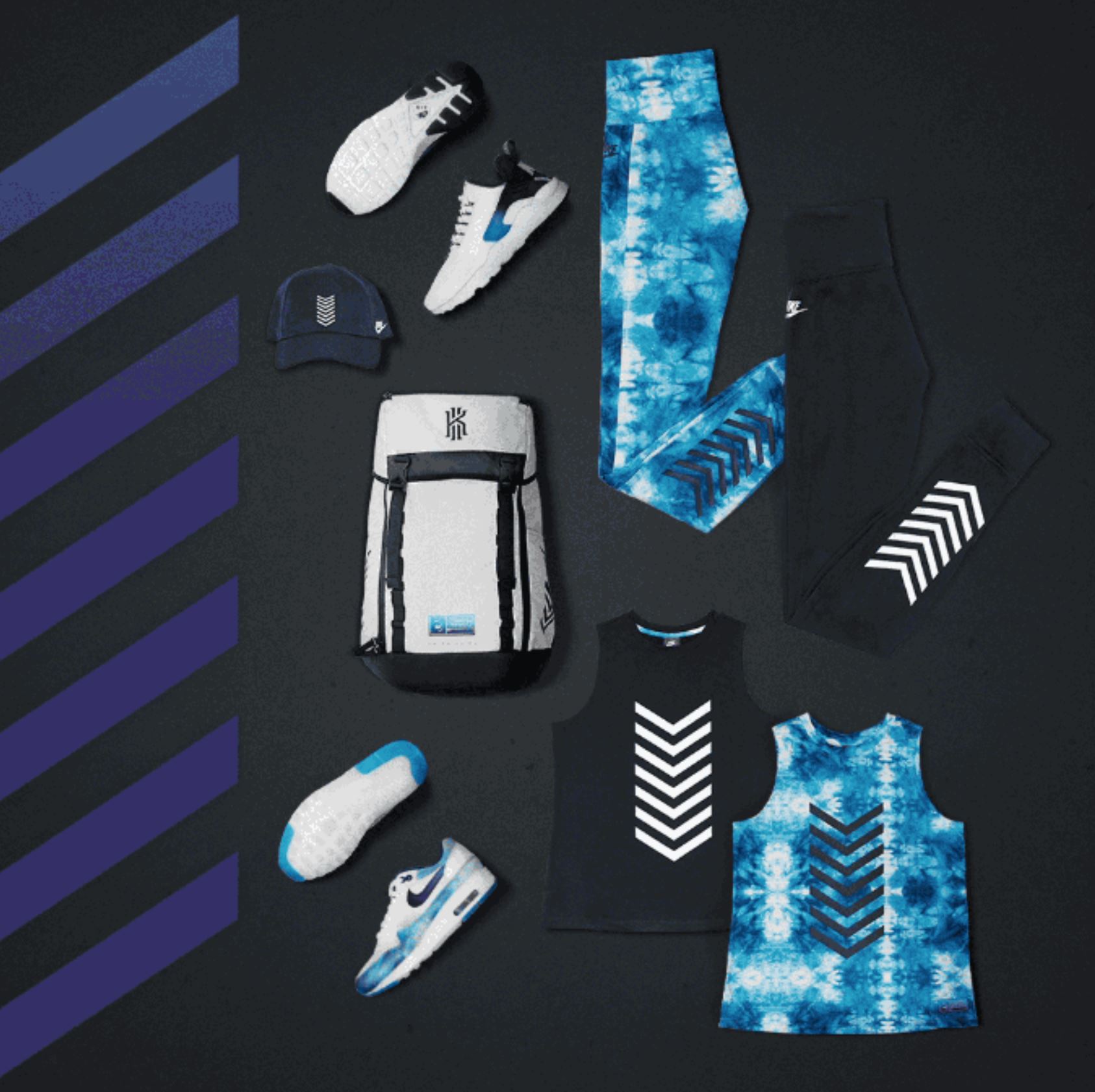