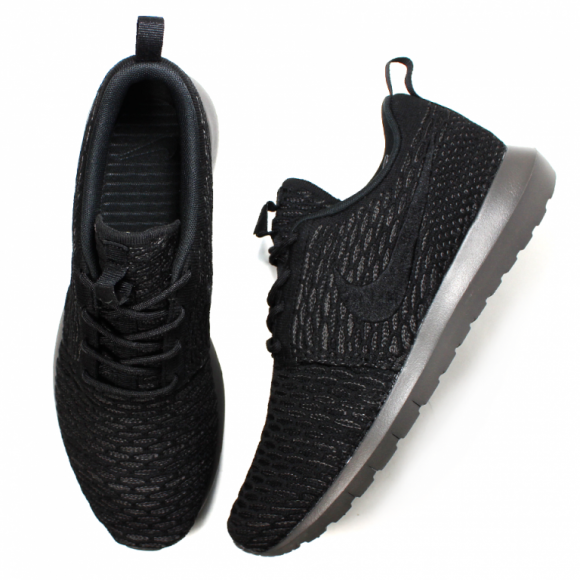 The Nike Flyknit Roshe Run gets the all-black treatment, as seen below. We previously gave you a look at a similar colorway HERE, albeit with a white sole. This ‘Blackout’ colorway seems to have a darker under-layer and utilizes a shiny black, natural motion outsole, which will look great for the chillier seasons ahead.

Watch out for the Nike Flyknit Roshe Run ‘Blackout’ at Nike Sportswear retailers later in the Fall. Let us know if you’ll be picking up a pair in the comments below.