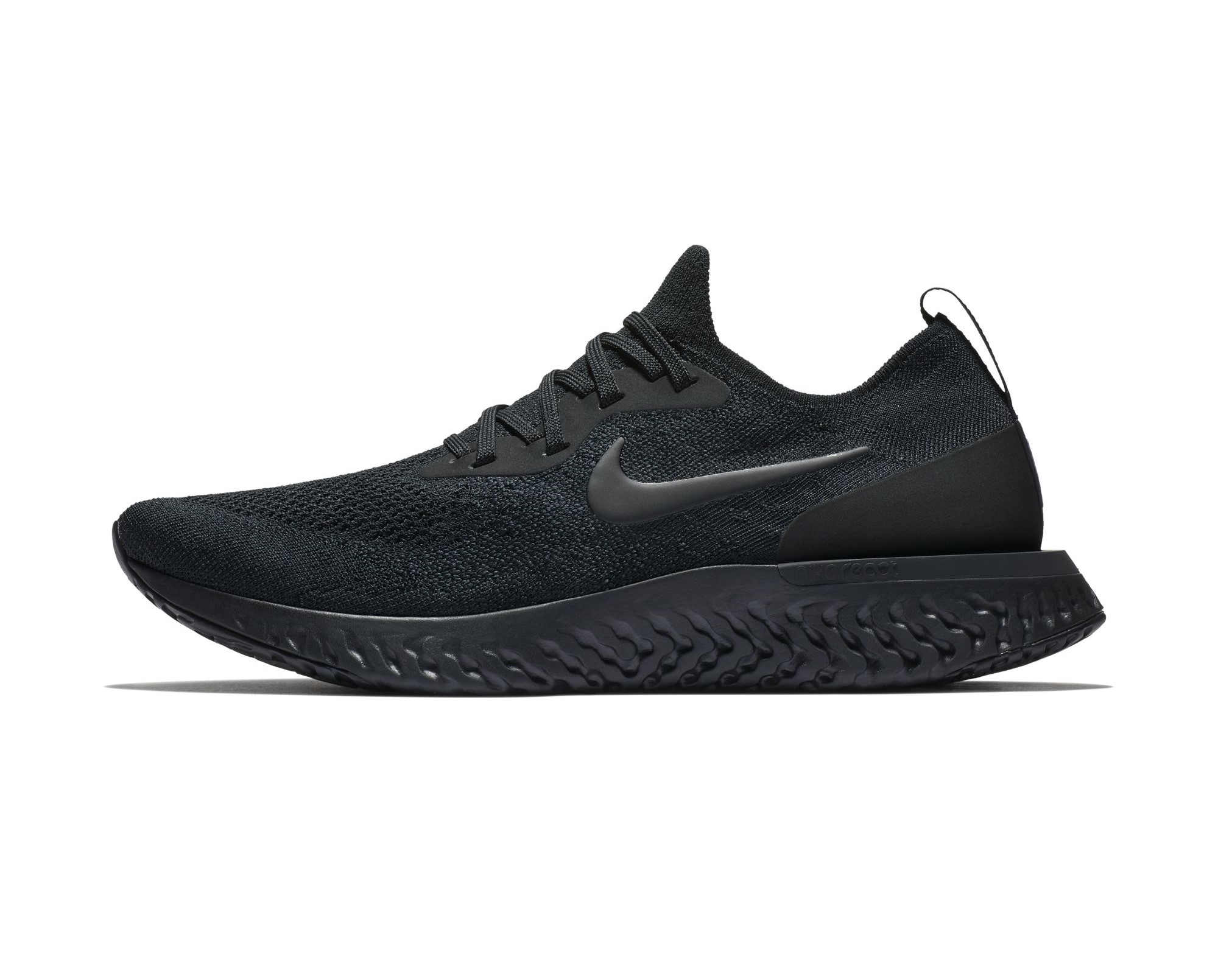 Nike has been giving many of its silhouettes the fan-favorite triple black and triple white builds for the summer. The latest to appear is the Epic React Flyknit ‘Triple Black’.

Available now at European retailer Sneakersnstuff, the shoe won’t land in the U.S. until next month. According to reliable leaker US11, the Epic React Flyknit ‘Triple Black’ will drop in women’s sizes Stateside on August 2 for the usual $150 at retailers like Finish Line.

However, the Epic React Flyknit is the top-tier of a running line with several lower-cost options. The $100 Legend React is available now in ‘Triple Black’ at nike.com and offers much of the same tech — namely, that big slab of React underfoot.

To learn more about the different Epic React Flyknit takedown models check out Nightwing2303’s video below.