Back in May 2017, Kipchoge and two other elite runners attempted to complete a marathon under two hours in Nike’s Breaking2 event in Monza, Italy. Kipchoge crossed the finish line at 2:00:25, 2:32 faster than the current world record.

Here’s the replay of the event from Nike’s Facebook page:

During that race, Kipchoge revealed his custom running shoes, the Nike Zoom Vaporfly Elite, for the first time. “Beyond the Limits” was written on the lateral side of his pair. 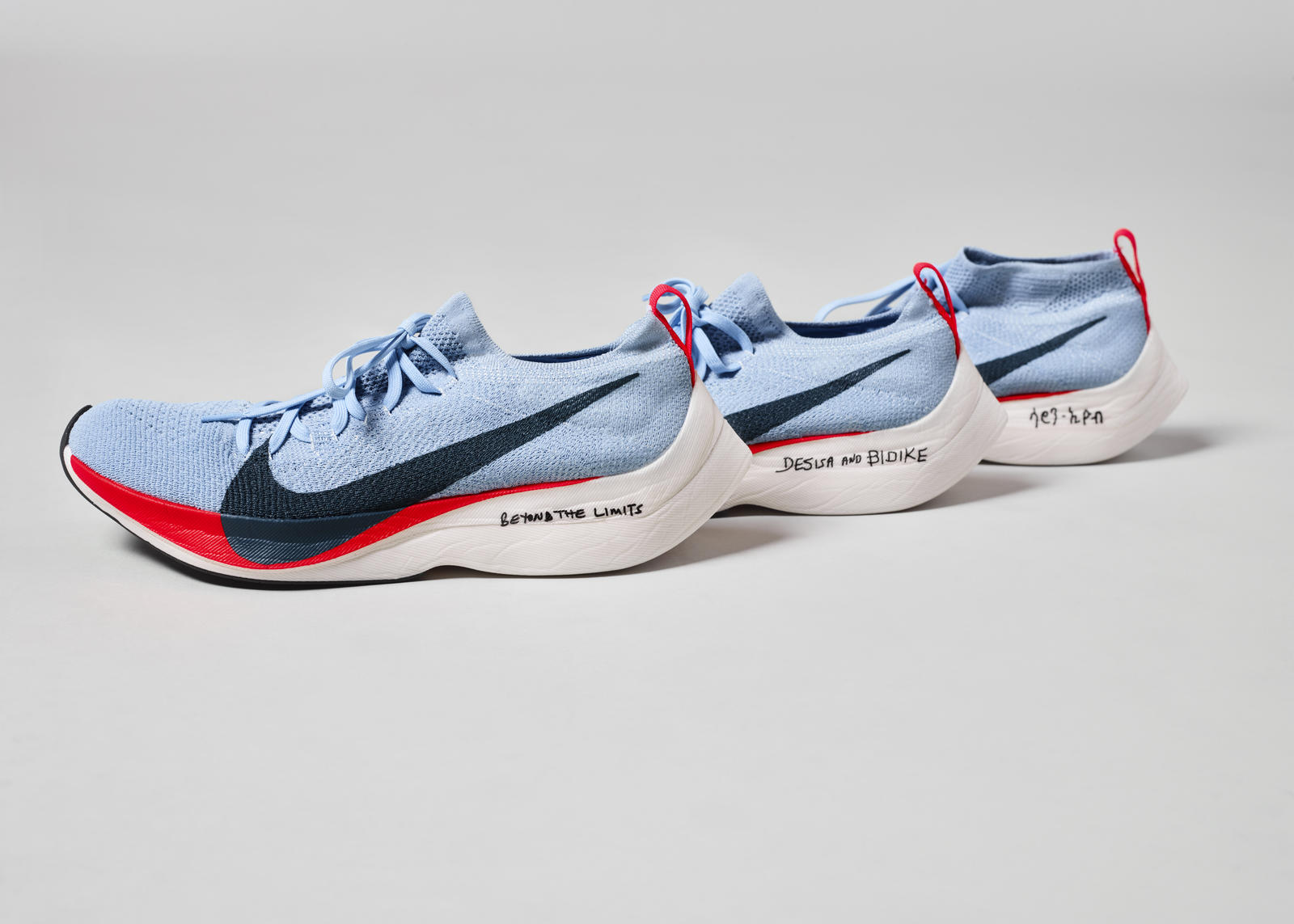 The shoes feature Nike’s new ZoomX technology and a full-length carbon fiber plate for improved stiffness and springy propulsion (that plate may actually break the I.A.A.F.’s rules, click here to read more). The Flyknit upper is lightweight and should enhance support and stability without restricting movement.

On Sunday, Kipchoge will gear up in the custom crimson colorway in his quest to become the new marathon king.

For the first time, 99 pairs of these custom shoes will be available for purchase in the EU (available to Nike members in Austria, Belgium, Denmark, Finland, France, Germany, Ireland, Italy, Netherlands, Spain, Sweden, Luxembourg and the United Kingdom). 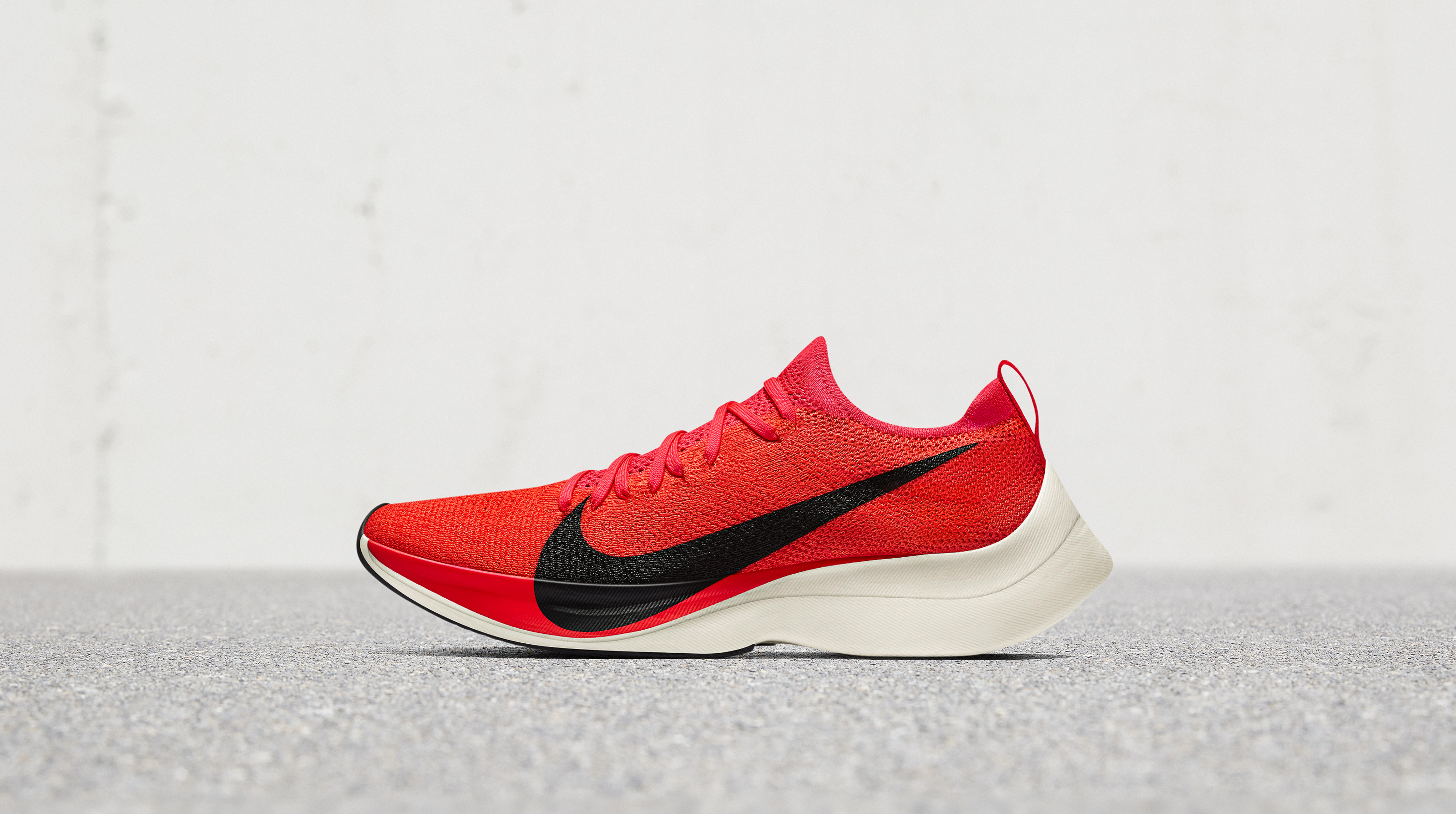 To unlock access to purchase on of the 99 pairs, members must complete a Just Do It Sunday run anytime on September 24 with the NRC app. Users who do will be notified through the NRC app when the Nike Zoom Vaporfly Elite becomes available on September 27 for €500 (approx. $600 USD).

Nike members in Berlin will also have a limited opportunity to purchase the Nike Zoom Vaporfly Elite in the Berlin Nike store on September 23.

Will we witness the greatness of Kipchoge again on Sunday? Will you try and grab one of the most expensive sneakers Nike has ever made? Let us know. 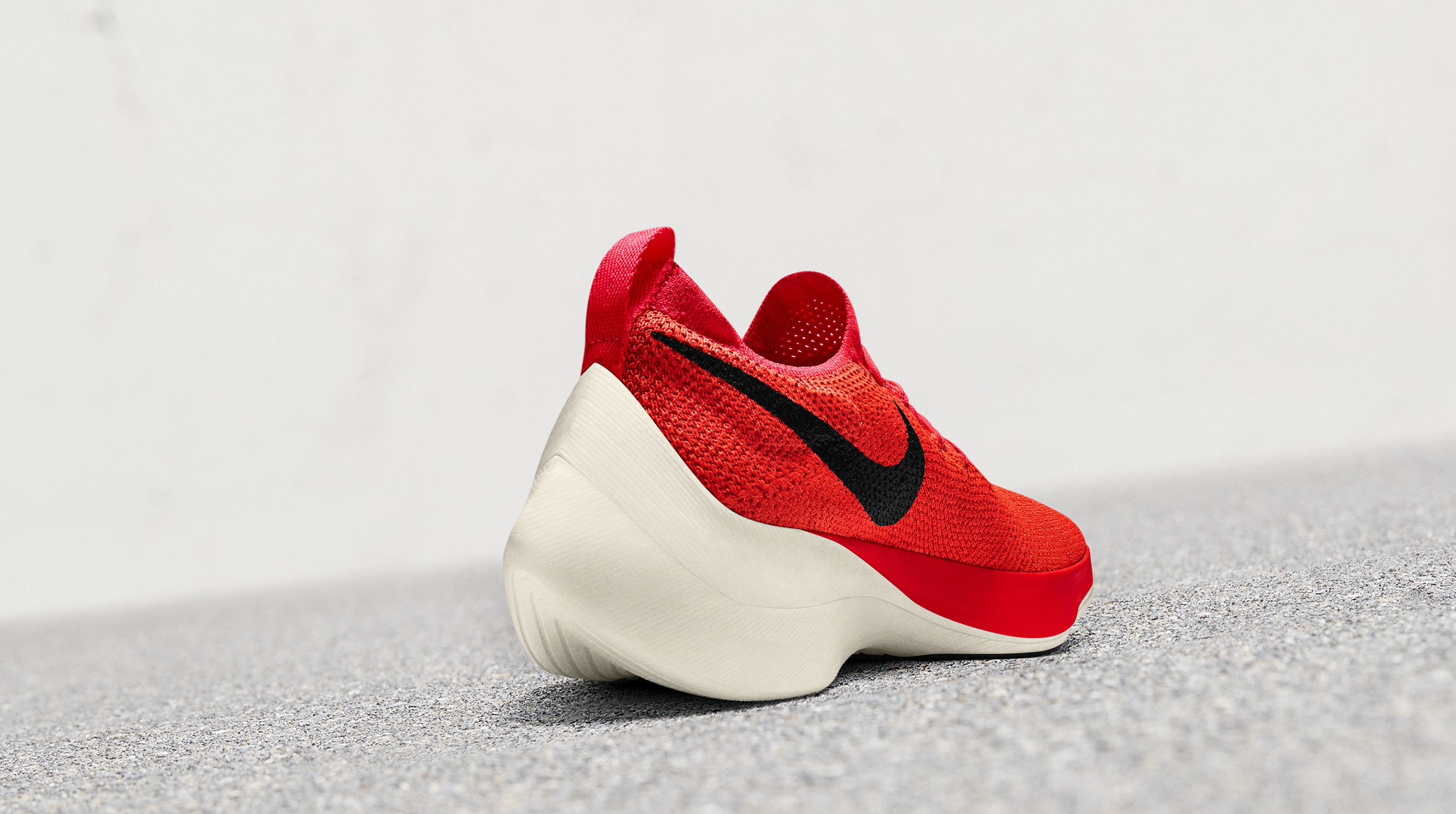