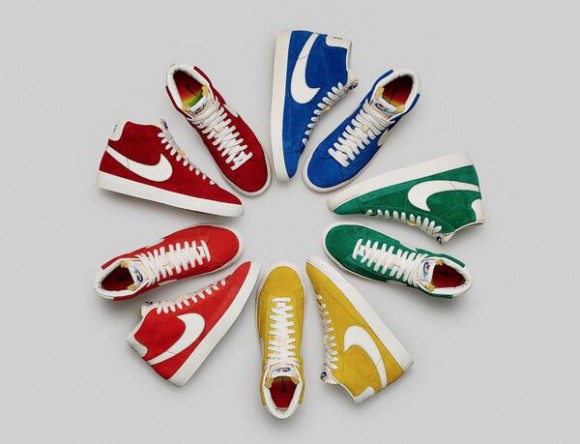 Nike Sportswear puts a colorful spin on the class Blazer model. The 1973 silhouette was originally worn by George “The Iceman” Gervin, back when the American Basketball Association was still around. While the Blazer is no longer considered a performance sneaker, there still is casual appeal in the NSW model.

The “vintage” pack is a term used to show the quality materials on the Blazer, with the pack consisting of the five colors shown below. One of five colored suedes makes up the majority of the upper, while each of the four other colors is seen on a letter on the “NIKE” font on the backtab.

All five colorways will be available at select Nike Sportswear retailers worldwide on April 11, 2014.

Hit the comments to voice your thoughts on this colorful pack. Which pair is your favorite? 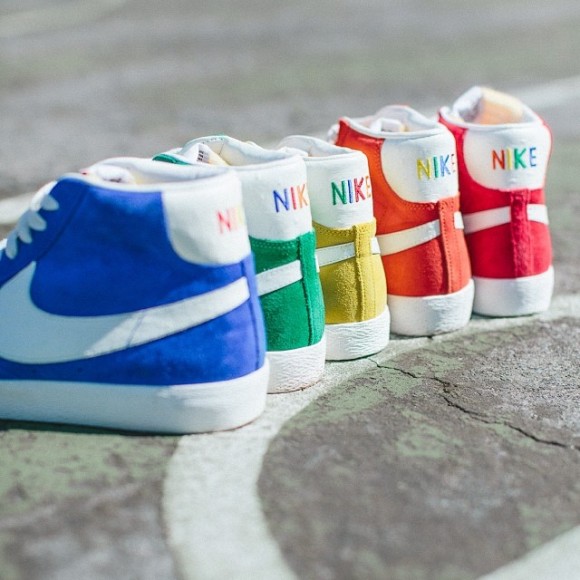