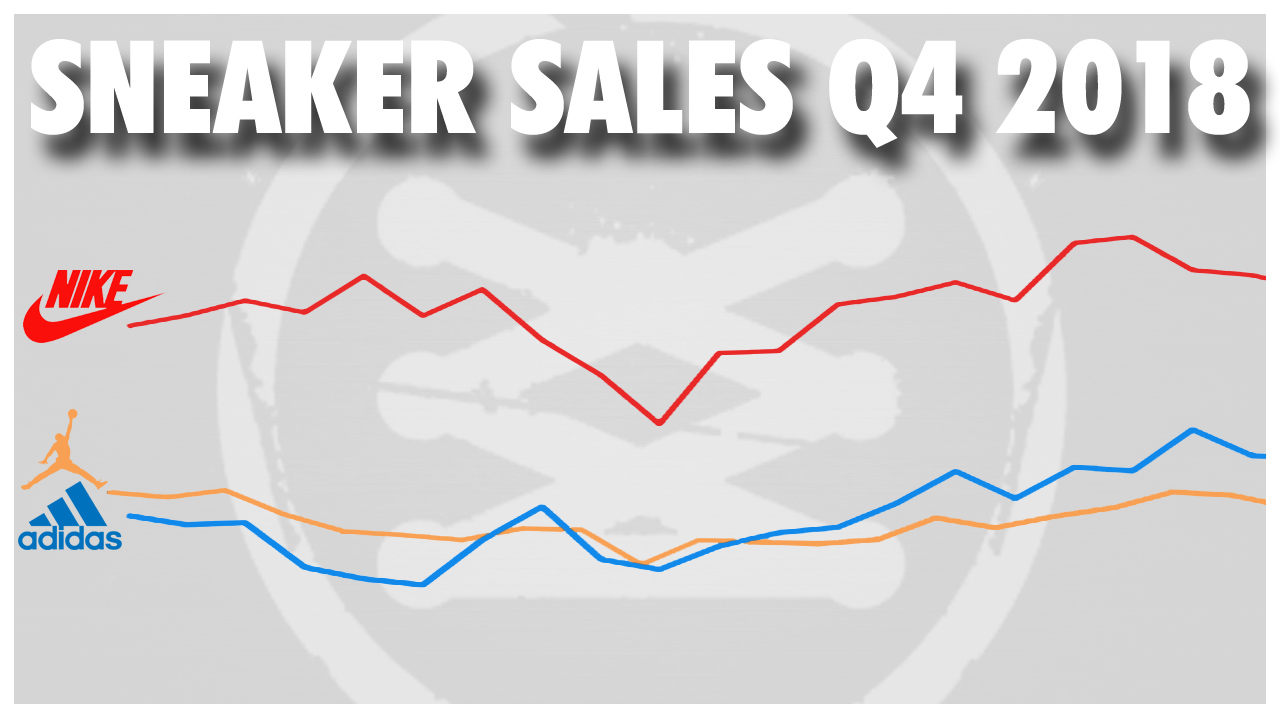 A surprise boost in Nike and adidas sales in Q4 2018 shows the sneaker market continues to evolve.

According to Matt Powell, senior industry advisor at The NPD Group, the U.S. athletic footwear market grew its sales in the high single digits in Q4, with both sports lifestyle and casual lifestyle sneakers seeing upticks in sales.

Powell noted that despite the increase in production of Kanye West’s adidas Yeezy sneakers, the brand actually experienced an increase in sales, more than 600 percent of the previous amount. With the production volume of the sneaker continuing to grow, it will be interesting to see whether the demand holds up.

On the other hand, Nike also saw an uptick in sales in the mid-single digits during Q4, further cementing its status as the world’s largest athletic footwear company — not that it was ever in question. However, Jordan Brand and Converse declined, making it somewhat of a mixed quarter for Nike. This shows that these two brands are unable to continue to cater to its original fan base/audience as well as failing to acquire new fans/consumers. How this will affect these two brands moving forward as the relevance of its heritage slowly disappears has yet to be seen. Maybe Jordan Brand and Converse can turn things around, but it doesn’t look like one-and-done collaborations are really helping them much.

What are your thoughts on the latest business news within the sneaker world? Does anything stick out to you? Sound off in the comment section below and let us know.