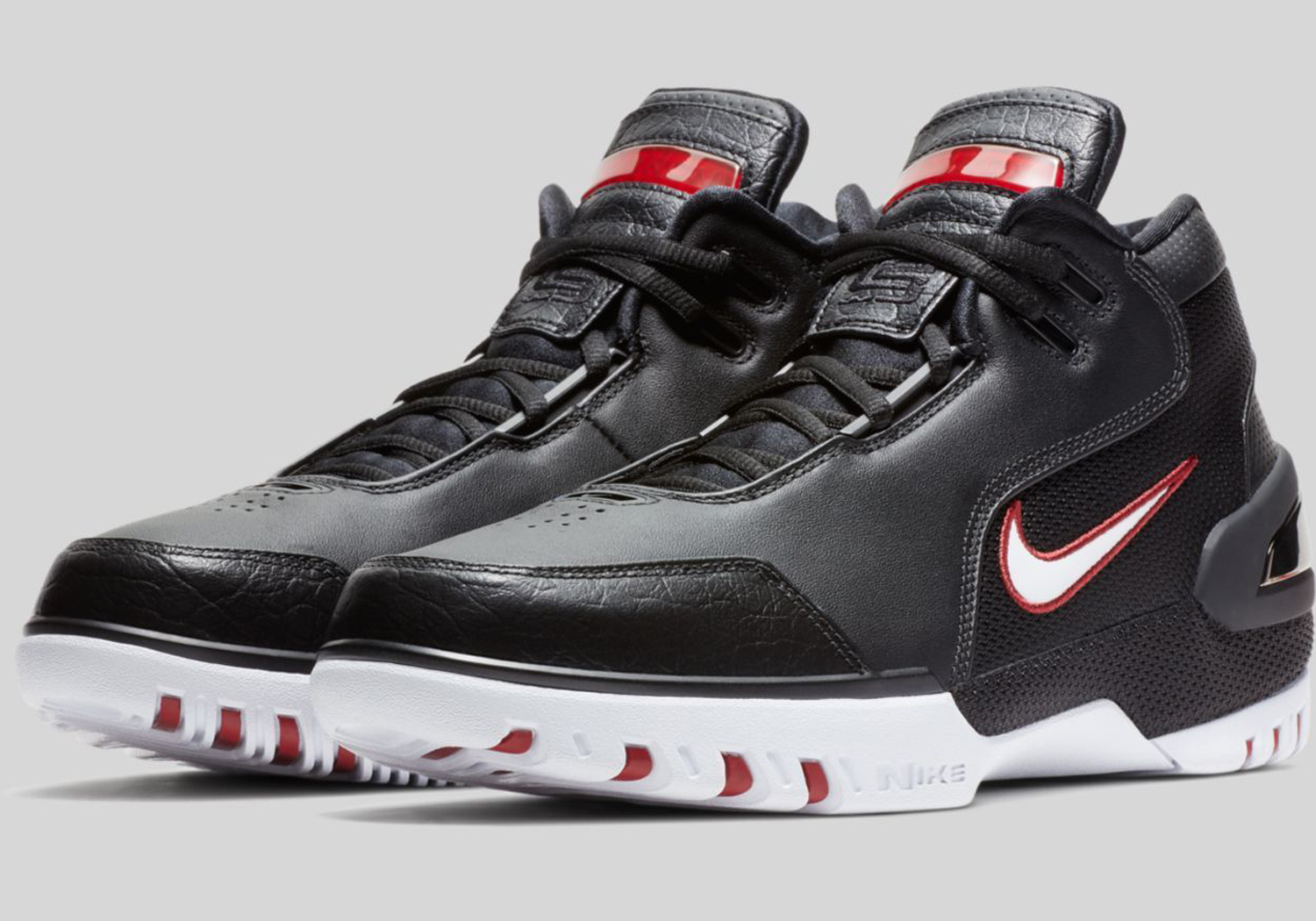 The next Nike Air Zoom Generation to see a retro release is rumored to be the original Black/Varsity Crimson colorway.

While there is no official release information available, the Nike Air Zoom Generation QS is available for pre-order from Hong Kong-based Kix-Files and said to be launching in December.

This colorway utilizes black leather along the upper that is paired with black nylon on the side panels and midsole wrap. Varsity Crimson accents are seen throughout the branding and outsole.

While some may disagree, I feel this is the shoe’s best colorway alongside the “First Game” edition that was an exclusive StockX release earlier this year.

Once these have an official release date we’ll be sure to update you. In the meantime, let us know what you think about this version of the Air Zoom Generation re-releasing.