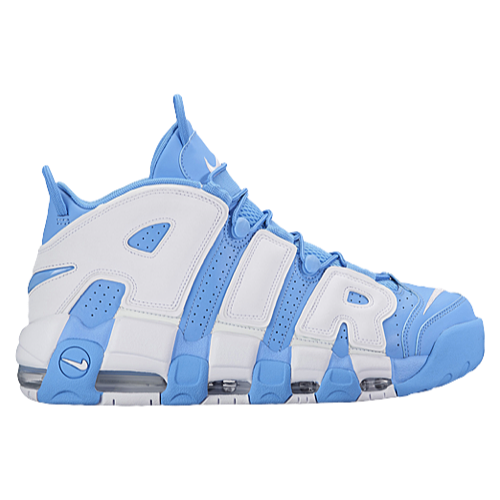 A brand new colorway is applied to the classic Nike Air More Uptempo.

Back in ’96 the Air More and Air Much Uptempo were as popular as any Air Jordan. Worn by athletes such as Scottie Pippen (Air More Uptempo) and Gary Payton (Air Much Uptempo), the shoes became an icon for the Nike brand.

While we’ve been enjoying classic colorways of the shoe re-release in retro form, new colorways are starting to emerge. The University Blue color scheme is no stranger to the model as the Air Much Uptempo features a reverse version of the colorway you see below with a white leather build and UNC “AIR” branding on the side panels. While these aren’t exactly original, they are welcomed by fans of the shoe as it reminds us of our days back in ’96.

There is currently no confirmed release date, but as of now the rumored date of release is September 1. Retail will likely be $160.

Share your thoughts on the Air More Uptempo ‘University Blue’ below in the comment section and stay tuned for updates on their release.