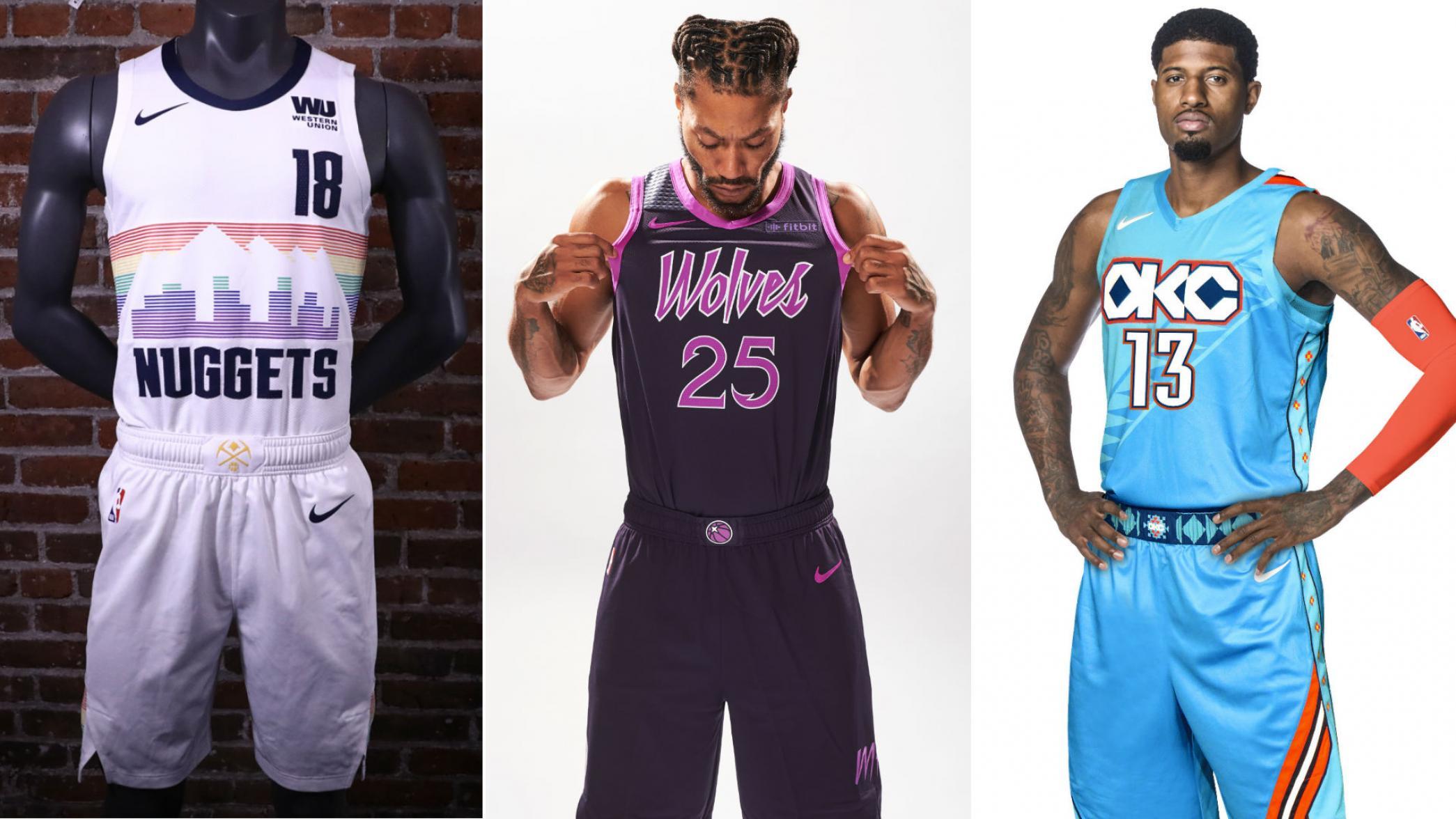 As we hit the three-week mark of this young NBA season, many teams are revealing their new City Edition jerseys to best rep their respective cities. 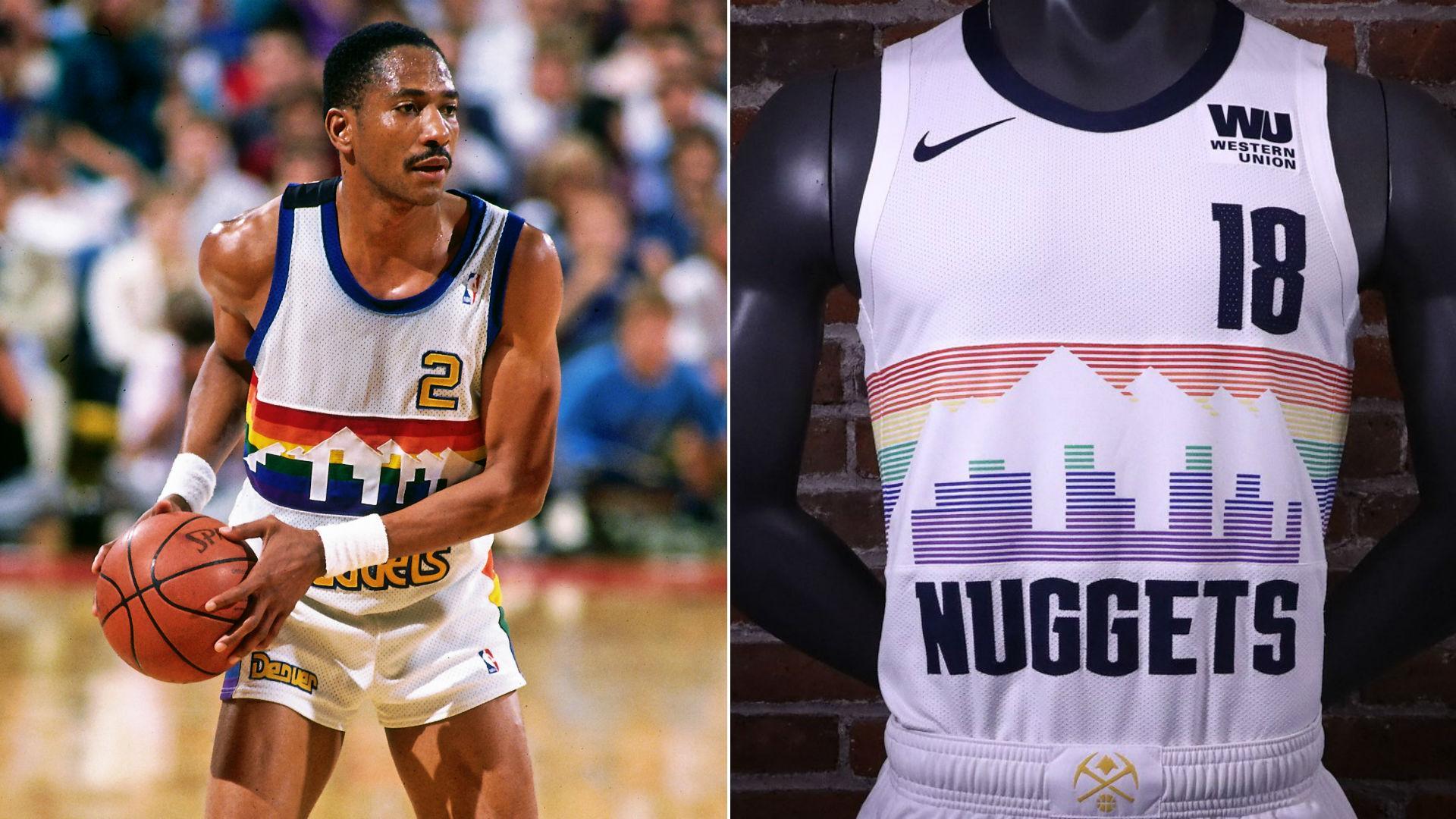 The new Nuggets uniform pays homage to the classic design originated in the 1981-82 season while modernizing it to fit the Mile High City’s advancement, evolutio,n and modernization that has taken place in the present era.

The jersey dons the colorful look of the vintage Denver jersey while giving it a slight tweak with the texture and the overall pattern of the thread. The Rainbow Skyline has also returned to celebrate its 25th anniversary.

Per the Nuggets, the team will wear the City Edition uniforms seven times this season with the first game coming on November 13. 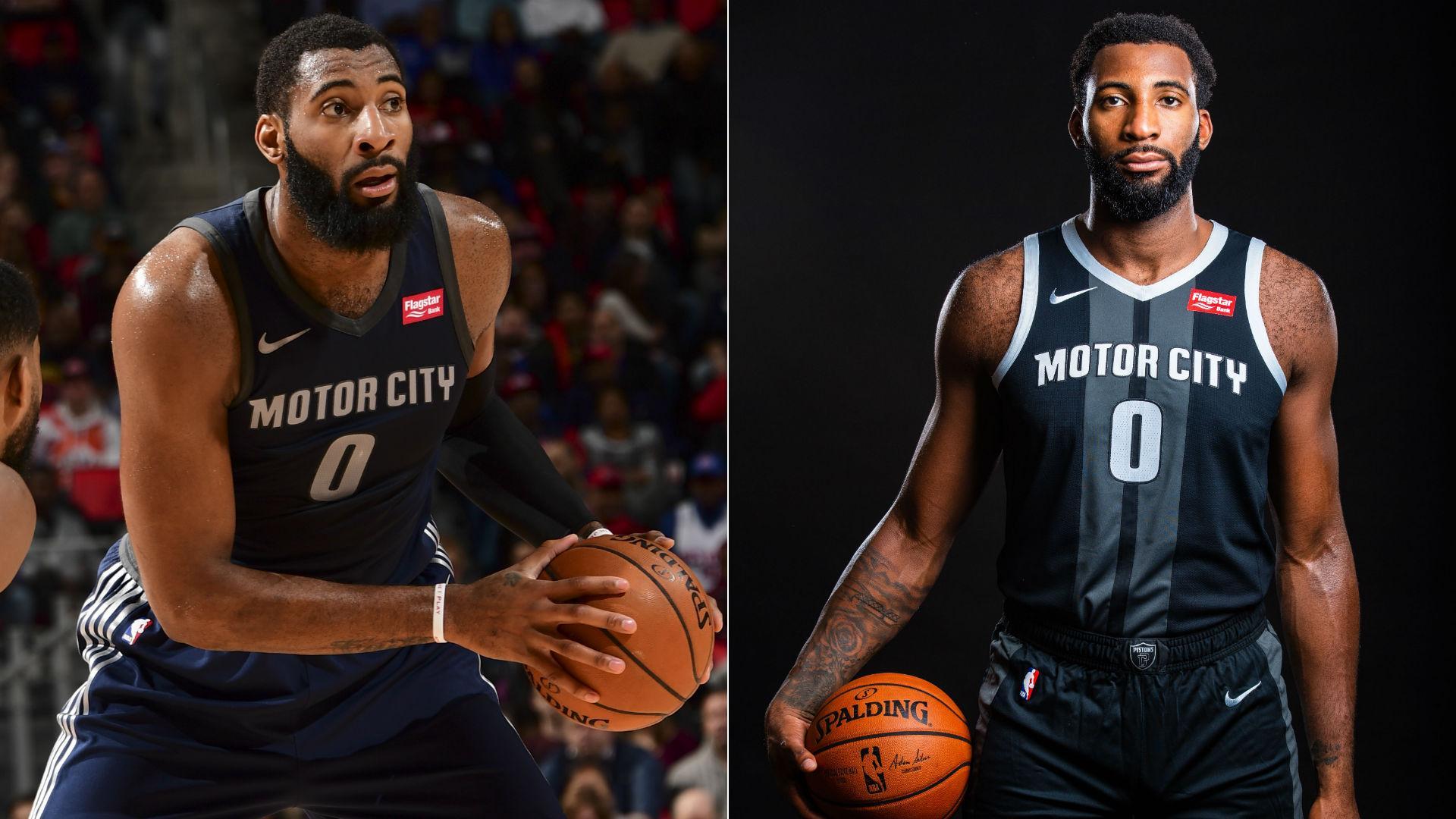 In addition to the black base and grey accents, the Detroit Pistons City Edition uniform ties into the culture of Detroit by sporting the “Motor City” look with bold, highway-like striping down the middle of the jersey. The Pistons created this uniform based on inspiration from both the automotive culture and the hard-nosed mentality of the city, according to Nike.

The uniform will debut on November 23. 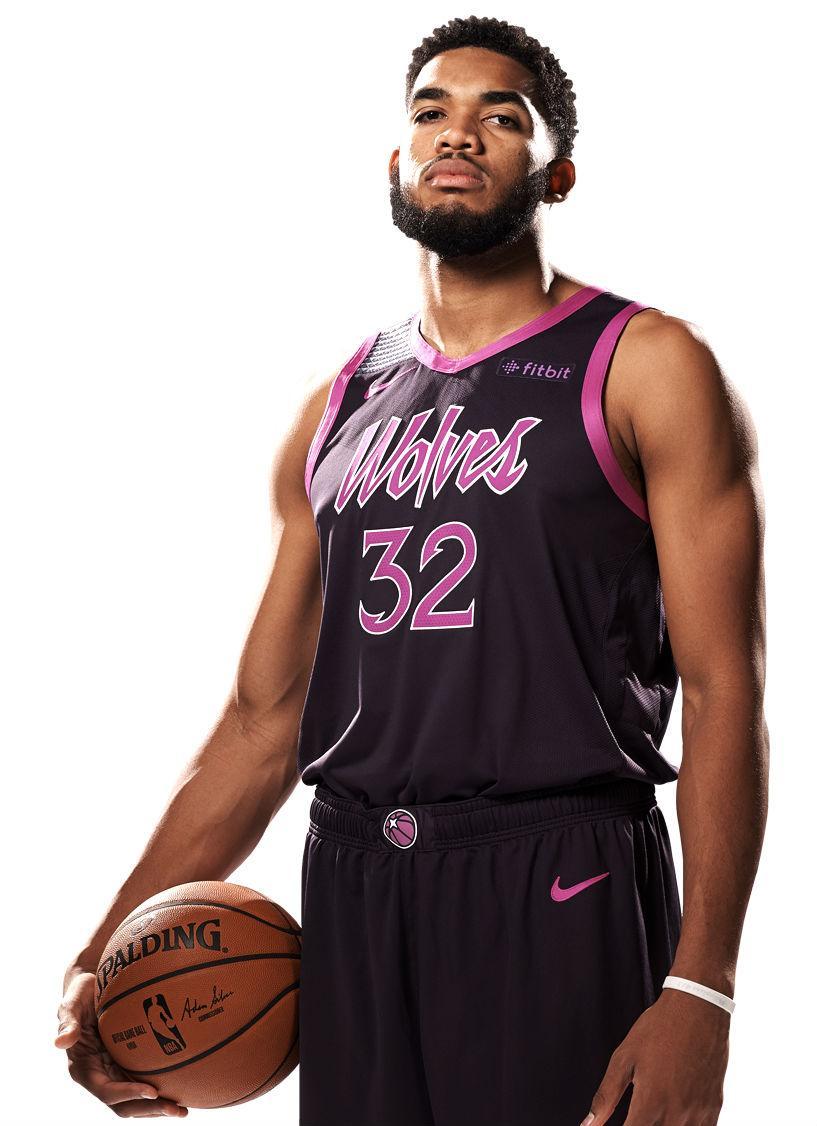 Music legend Prince serves as the inspiration for the Timberwolves’ City Edition uniforms. The team worked with Prince’s estate to create a jersey that incorporates multiple references to the artist’s legacy.

“From a young age, Prince enjoyed basketball — as a player and a fan,” read a statement from the Prince Estate. “From his days playing at Bryant Junior High and Central High in South Minneapolis, through countless pick-up games while on the road with bandmates around the world, he enjoyed the camaraderie and competition of the game. This partnership brings together the city of Minneapolis, and more broadly the state of Minnesota, in an exciting effort to uniquely honor Prince. We look forward to initiatives ahead — both on and off the court — that will extend from this campaign and echo throughout the Twin Cities and beyond.”

The Wolves are set to wear the City Edition uniforms eight times this season starting with a November 16 home game against the Portland Trail Blazers. 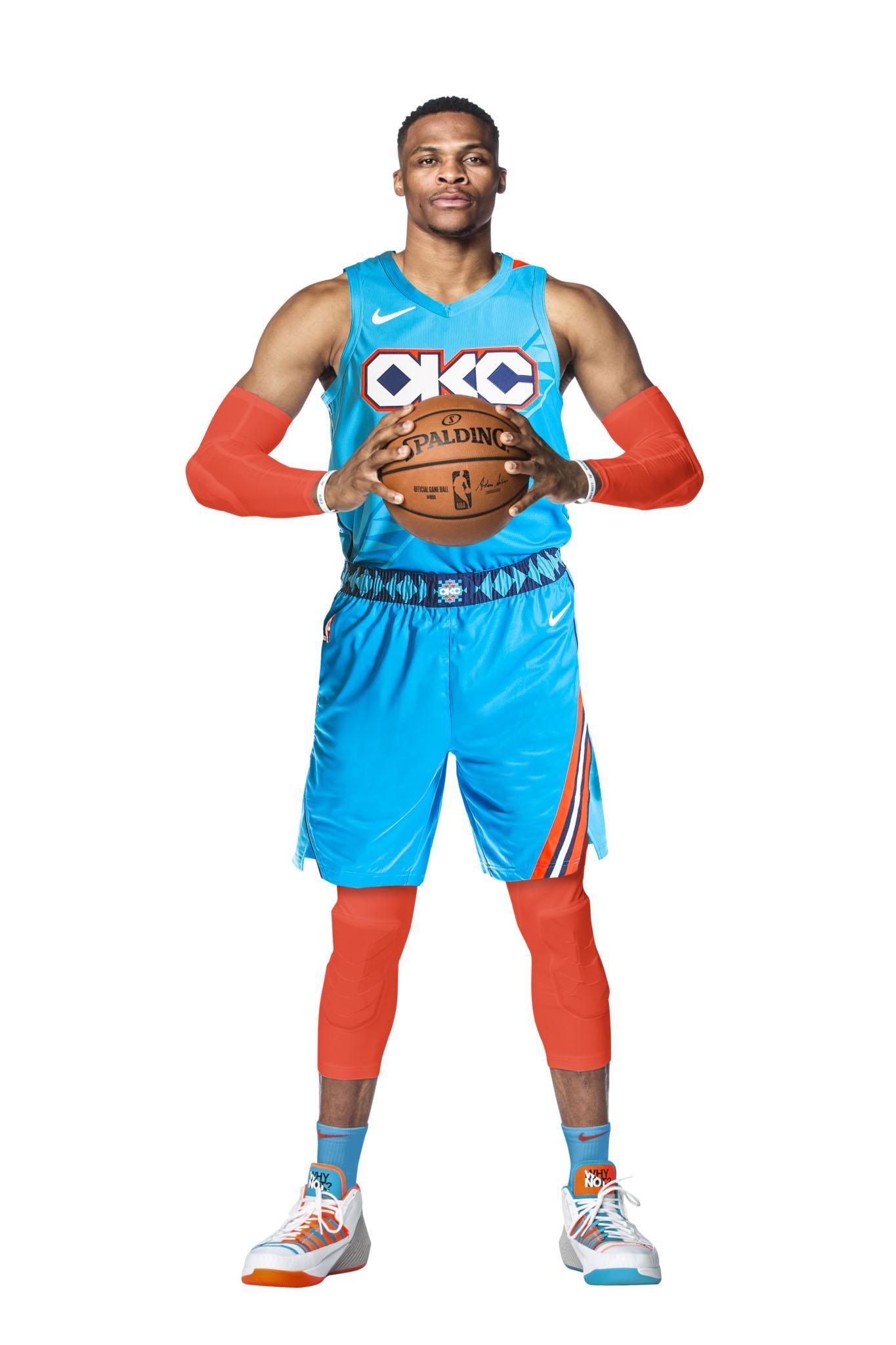 Donning turquoise, the native color of friendship, as its main color, OKC’s City Edition uniform honors the state’s Native American heritage. Interestingly, the color turquoise, a symbol of the 11th anniversary stone, coincides with OKC’s timeline as the Thunder is currently celebrating its 11th anniversary since the move from Seattle.

The Thunder plan to wear the uniforms at least six times at home this season with the first date coming on November 14 against the New York Knicks. 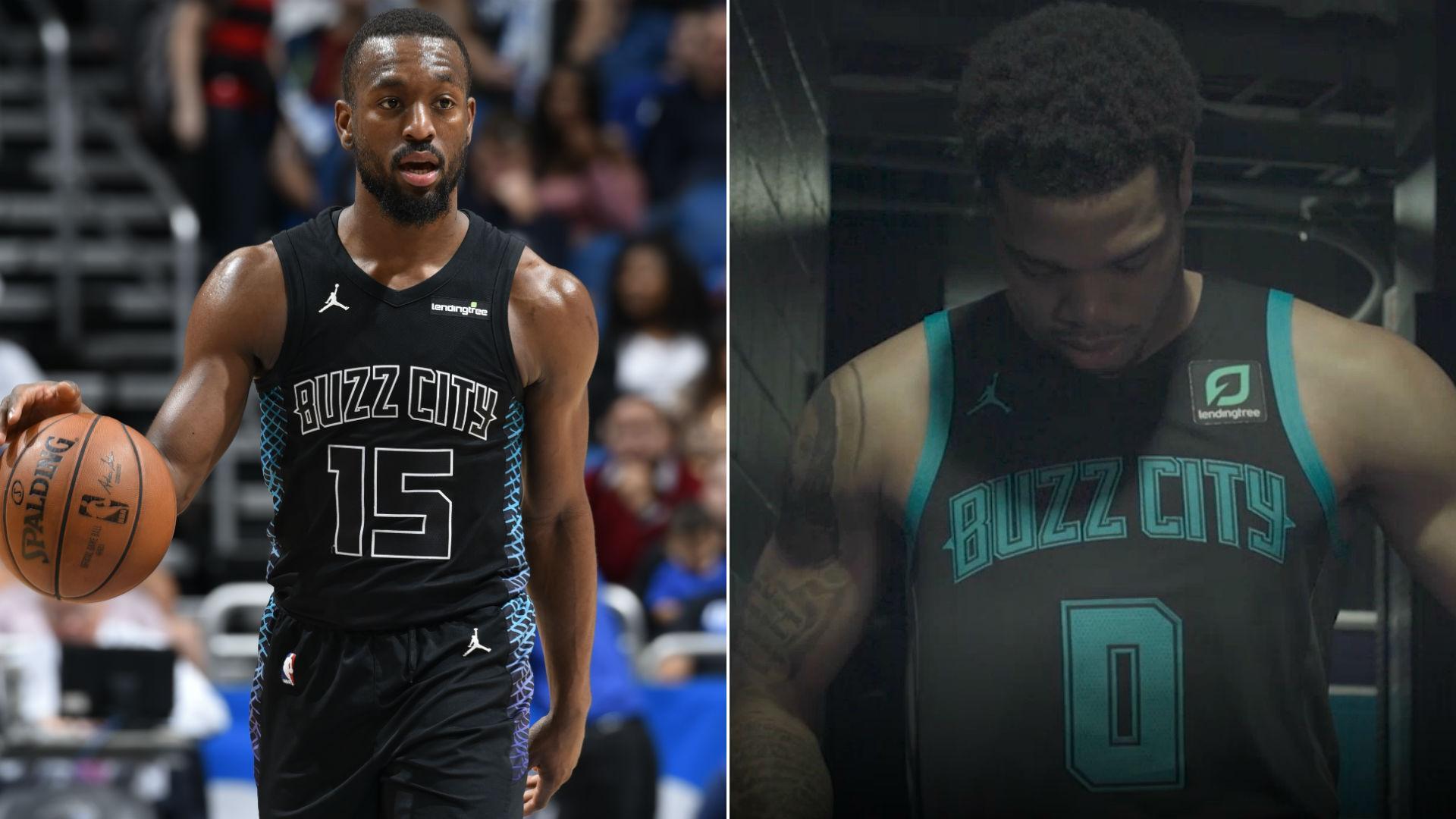 Sporting the similar “Buzz City” uniform from last season, the Hornets made slight tweaks to the design in terms of the chest plate on the uniform, the color of player numbers, and more.

The black uniform once again features the phrase “Buzz City” on the chest plate, though the words and uniform numbers are now teal with black and teal outlines (the player name is entirely in teal). Additionally, the sides and back of both the jersey and shorts have a gray pattern designed to represent the wings of a hornet. The jersey also includes the phrase “City of Flight” in teal above the jock tag at the bottom left.

The Hornets plan to wear the uniforms for ten home games this season and seven road games.