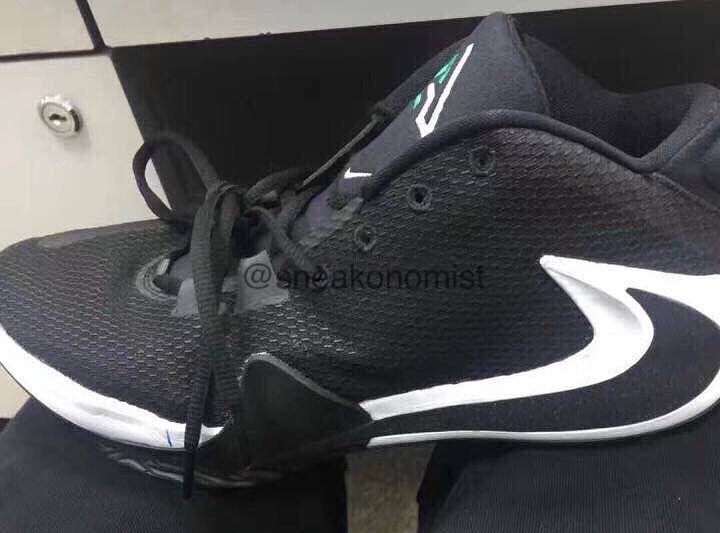 It’s been one heck of a year for Giannis Antetokounmpo, aka the Greek Freak, and it appears things will only get better from here because he may have a signature sneaker coming.

The release of NBA 2K19 is quickly approaching and Antetokounmpo will be the series’ first international cover athlete. Because of this, we may also have our first look at his upcoming signature sneaker, expected to be named the Nike Greek Freak 1.

Thanks to @sneakonomist, a new Nike silhouette has surfaced with what appears to be the Greek Freak’s branding on the tongue. The sneaker appears feature a textile upper with some fuse overlays. The low-cut sneaker also features a low-profile midsole that utilizes Swoosh branding to cup around the heel.

We’ve yet to receive confirmation of official tech specs for the sneaker — or if this is even the final product that will hit retail. If this is what what releases, it can be expected to fall in the budget range. Looking at the sneaker, silhouettes like the Nike Kyrie Flytrap and Zoom Clear Out come to mind, and that would make sense for such a young athlete receiving his first signature (although he is an international superstar athlete).