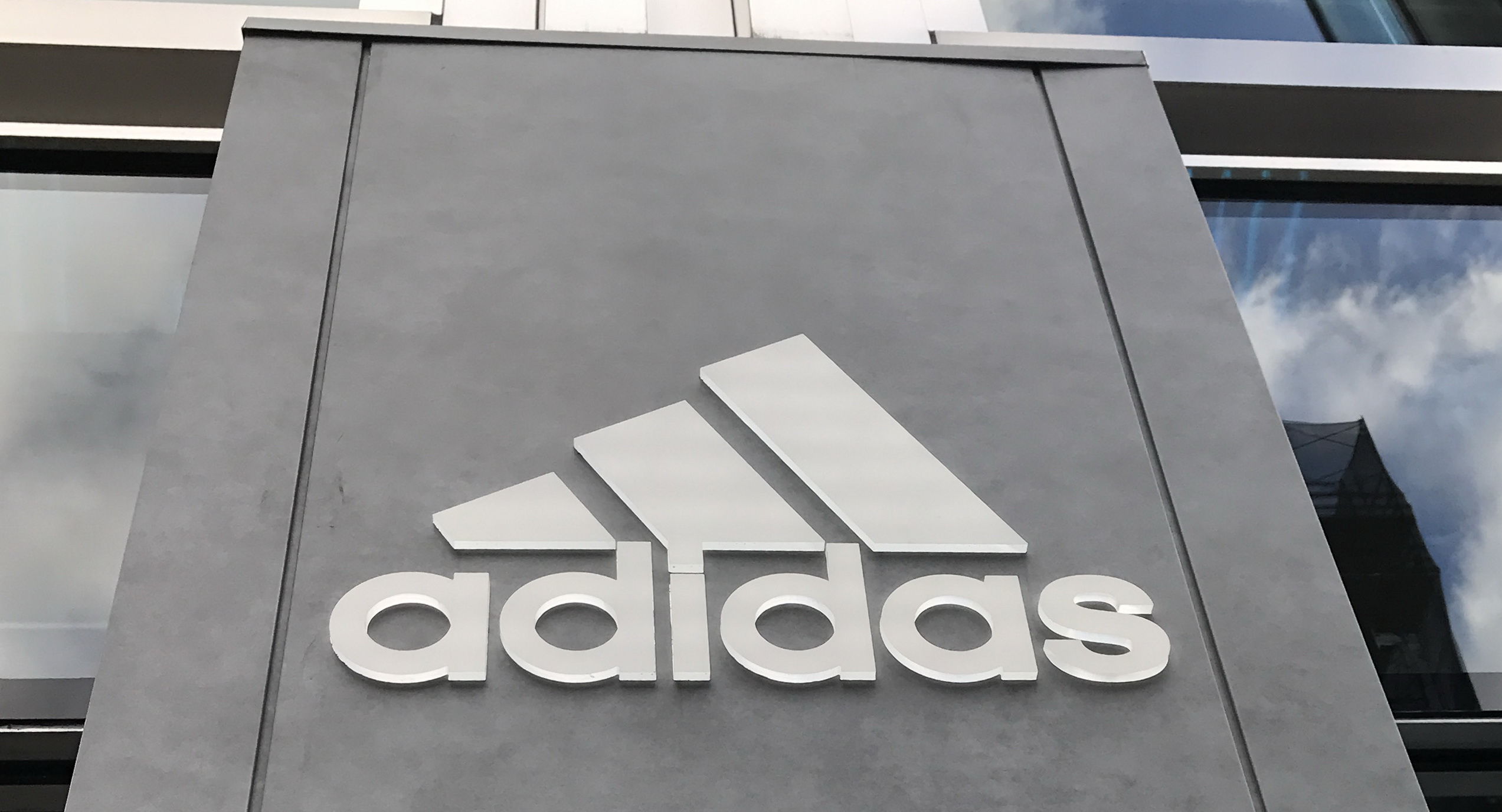 With the Three Stripes making waves throughout 2016 it was only right that the official opening of the brand new adidas store, located on New York’s 5th Avenue (at 46th St), did so as well. New Yorkers love surprises and they got many yesterday as big NBA stars highlighted the store’s opening. From beautiful architectural design, to the adidas Team members, to the shoes, the new adidas NYC flagship store pulled out all the stops. 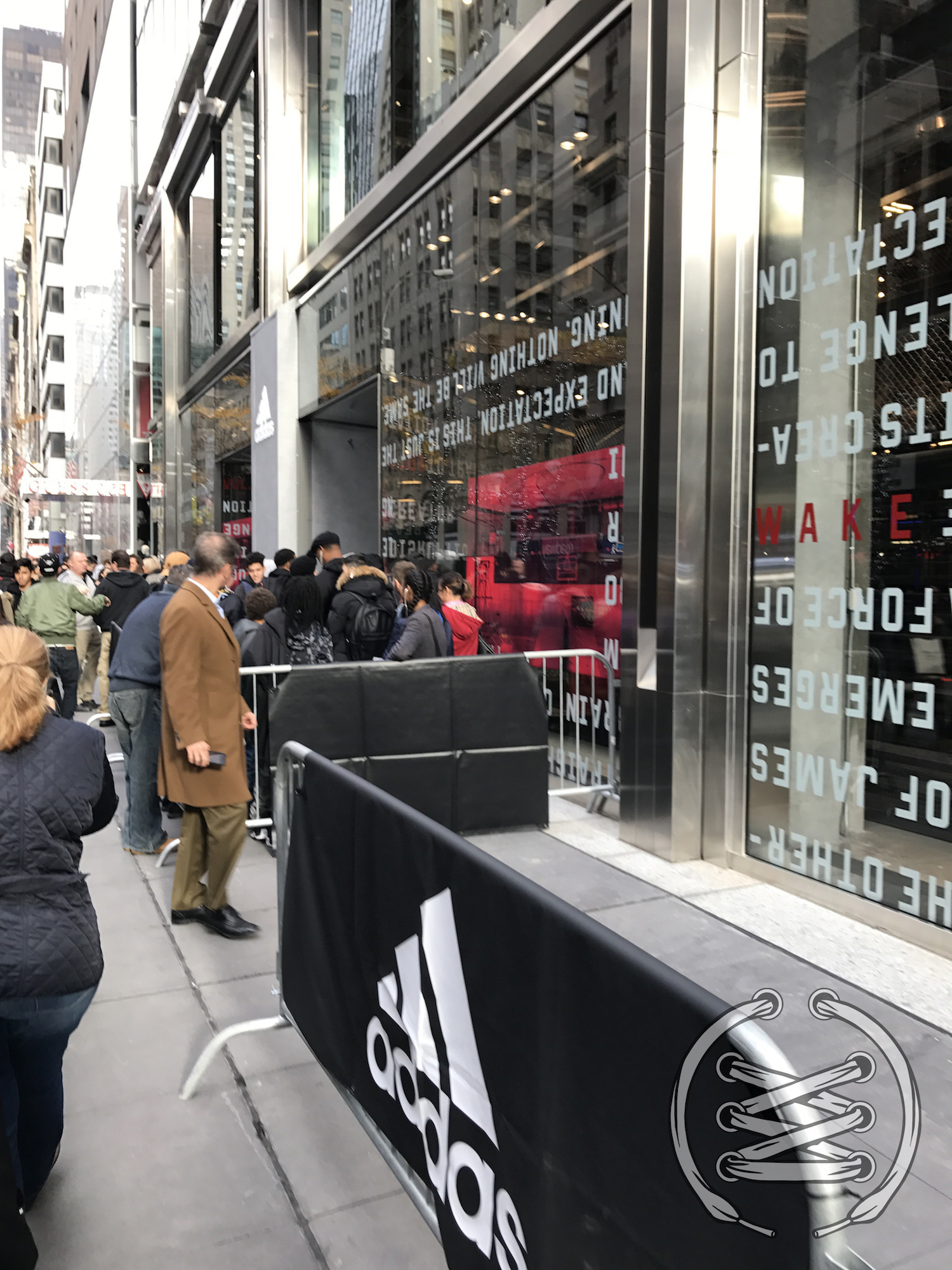 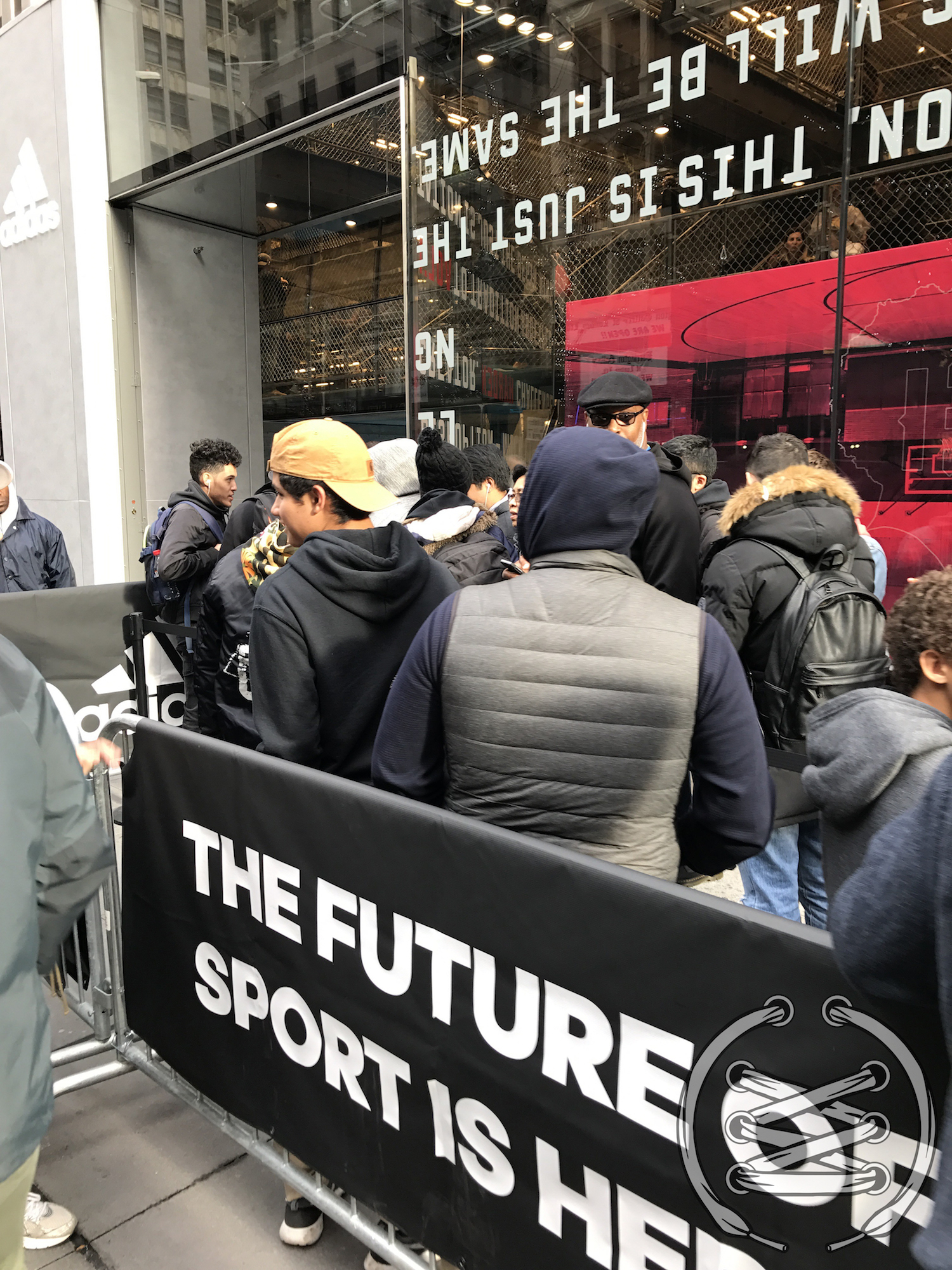 Yesterday, WearTesters was welcomed to visit the adidas NYC store early on in the day, which was absolutely packed with an insane waiting line, but it wasn’t until yesterday night that the surprises came in full effect. They were big surprises in the form of adidas-sponsored NBA stars: Kyle O’Quinn, Guillermo Hernangómez, the future of the franchise Kristaps Porzingis, and last but not least, the one and only Derrick Rose. Talk about back to back right? We had an opportunity to talk to some of the players about their sneaker preferences, colorways, what they rock off-court, and even what their favorite foods were. 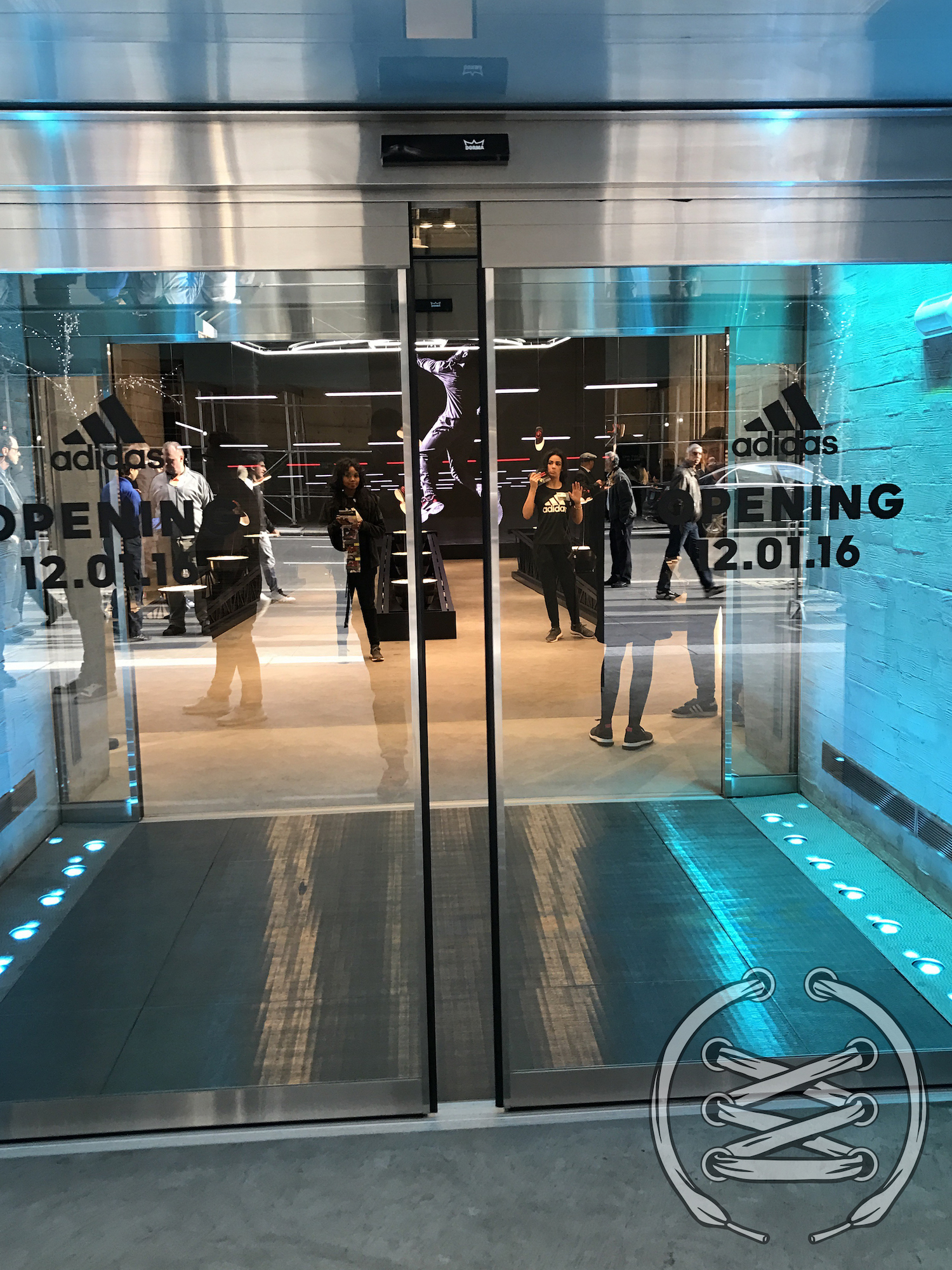 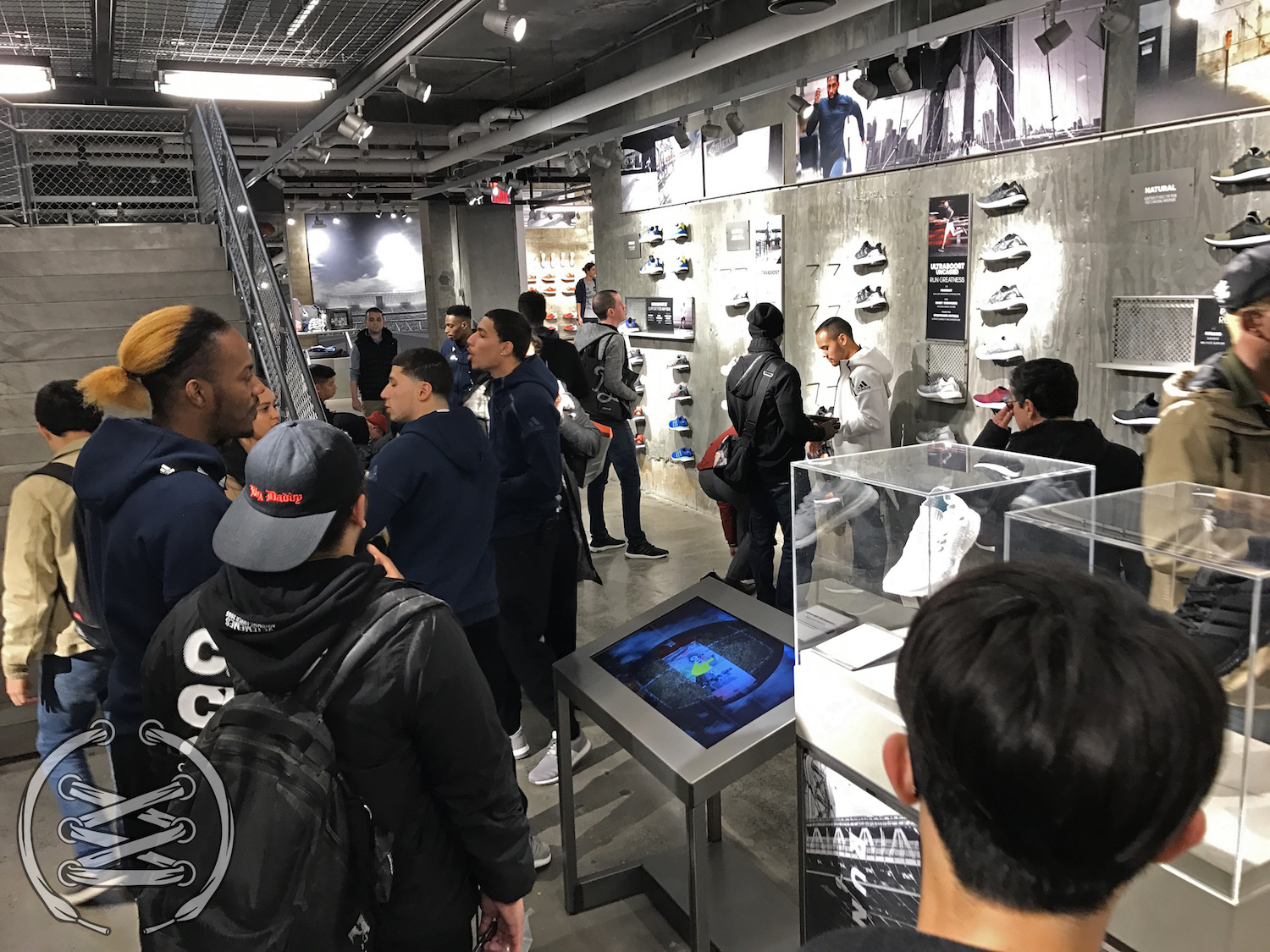 “I really love how the D Rose feels, particularly even though it’s a little higher shoe, but the traction works amazing, and the Boost cushioning really helps with the hard landings especially with the game today,” he said.

Wise words from a professional and definitely a big co-sign to the shoe. It doesn’t seem like he’ll be changing shoes anytime soon either, as he’s grown familiar with Rose’s latest sneaker. Off the court, Kyle’s straight UltraBoost dignified.

“Whether I’m home or off-court, I like to stay comfortable so I’m forever in my UltraBoost,” he said while wearing the black and White adidas UltraBoost 2.0. #BoostIsLife

Next I spoke with Guillermo Hernangómez. The rookie has already solidified himself as an up-and-coming part of the young core for the future Knicks team. Willy was incredibly well-spoken and the 6’10” Spaniard spoke English fluently with an excellent Spanish accent. When I asked him what his preference is on-court, he was super excitedly responded with the D Lillard 2s.

“I like the Lillard 2s. Even though it’s a guards shoe and for a big-man like myself, I feel like feeling lower to the ground and my footwork allows me to wear the shoe. The Bounce cushioning feels great on-foot and I like feeling as close as possible to the court.”

The center of the Knicks wasted no time in stating that while the other shoes such as the adidas CrazyLight Boost 2016, D Rose 7, Crazy Explosive, and Harden Vol. 1 are readily available at his disposal, he won’t see himself changing, unless his superstitions change his mind. For his off the court footwear he said, “Oh man, Boost is life [he actually said that!]. After the game it’s the first thing I want to put on. I rock anything with Boost because it’s just comfortable on foot,” while rocking the adidas NMD XR1 ‘Camo’. He further explained that he forgot his UltraBoost in his other bag. We look forward to seeing his continued contribution for the up-and-coming Knicks.

At adidas NYC I also got to speak with the man, PorzinGOD! Or that’s what the kids call the emerging second-year player these days. Kristaps Porzingis is tall man…really tall, 7’3″ kind of tall. I’m over six foot so it was nice to feel tiny next to him, but I’m sure I can give him buckets…in NBA2K! I asked him why the adidas Crazy Explosive stood out as his first shoe with the new brand.

“I figure I tried the Crazy Explosive around because it looked different. I was skeptical because I wasn’t sure I wanted the shoe to feel so high from court feel but once I put them on and dunked, the landing was sooo-sooo soft. It’s so much easier and I don’t hurt my feet.”

I then asked Porzingis if he ever tried or even preferred some of the other choices the Three Stripes had to offer and PorginGOD replied, “Not really, once I put on the Crazy Explosive, I was already sold. It’s just too comfortable.” Kristaps also stated that he can’t wait to see what next for adidas. Off the court Kristaps prefers rocking UltraBoosts, NMDs, and his new Yeezy collection — “Yeah, Yeezy’s…I really like them.” Finally, I asked him what his favorite go-to food is in New York, and he came back with the Homer Simpson starve look, “Man, I love steaks and Italian food. The list just goes on, but you can’t go wrong with those two.” You really can’t. The kid’s got it, particularly with the food choices…and of course with his choice of kicks.

Because time was limited I wasn’t able to speak with Derrick Rose. However, he wished he had more time. His parting words: “I love being around the fans. It’s all about the fans; got a lot of love for the people.” You can tell he really appreciates the the crowd that shows love, particularly the ones who haven’t wrote him off. Rose dipped out while rocking the all-white UltraBoost, and as you can tell, Boost is a common theme with these athletes.

Make sure to browse the entire gallery of images below (both pages) to see all the new adidas offerings at adidas NYC. That includes all manner of UltraBoost 3.0 (the upper is so soft, and I didn;t think it was possible to make Primeknit more comfortable), D Rose 7 colorways, Crazylight Boosts, and all the mi adidas customizing options — there’s an entire station on the third floor of the store with computers, materials, and everything one could need for creating a custom sneaker.

WearTesters would like to extend a big thank you to the crew at adidas NYC. 2016 has been such a big year for adidas and we can’t wait to see how they send it out. We appreciate the hospitality and are excited for what the brand has in store for 2017. 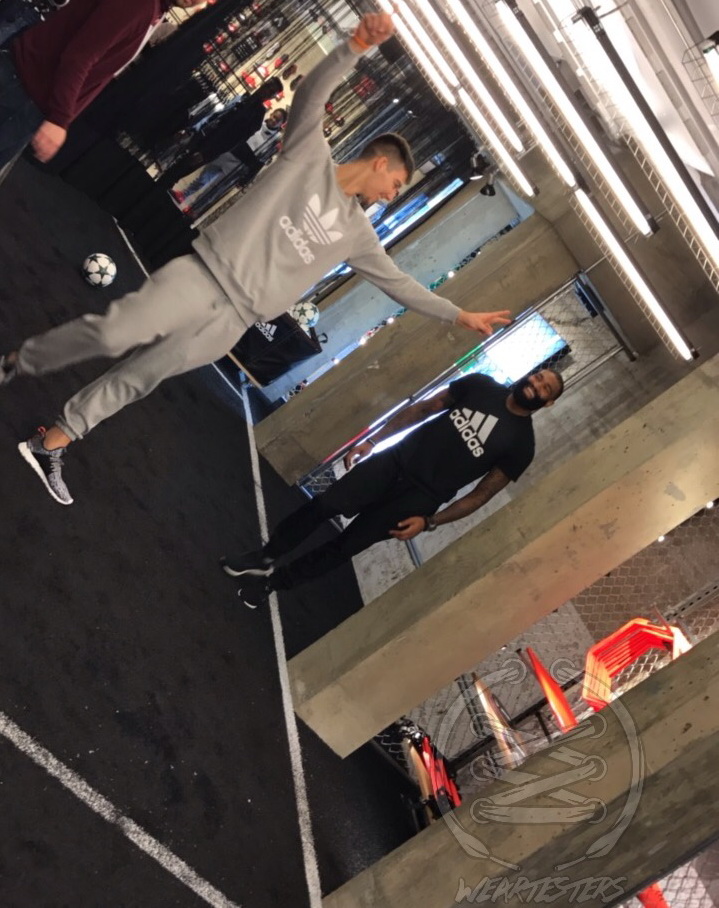 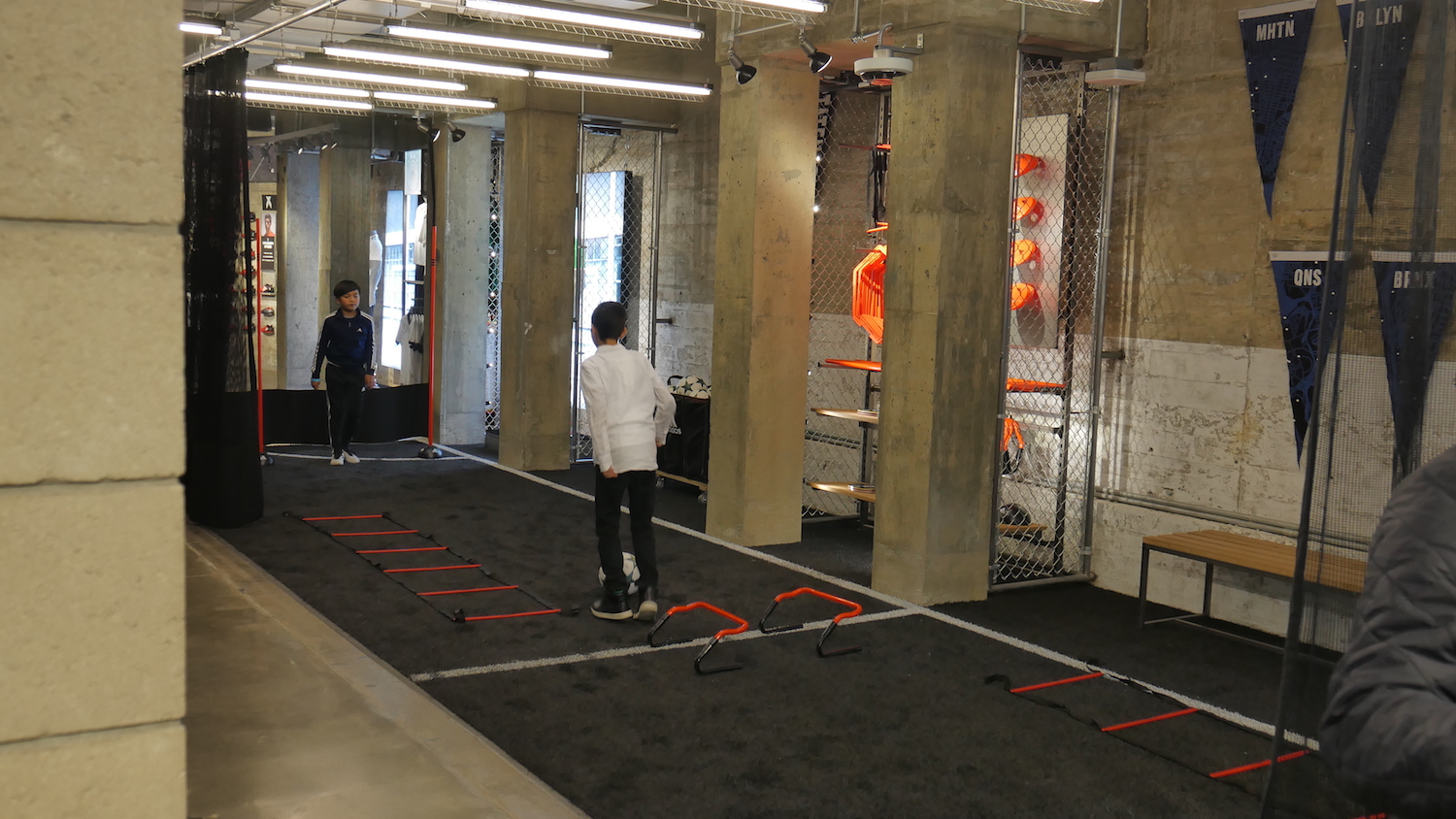 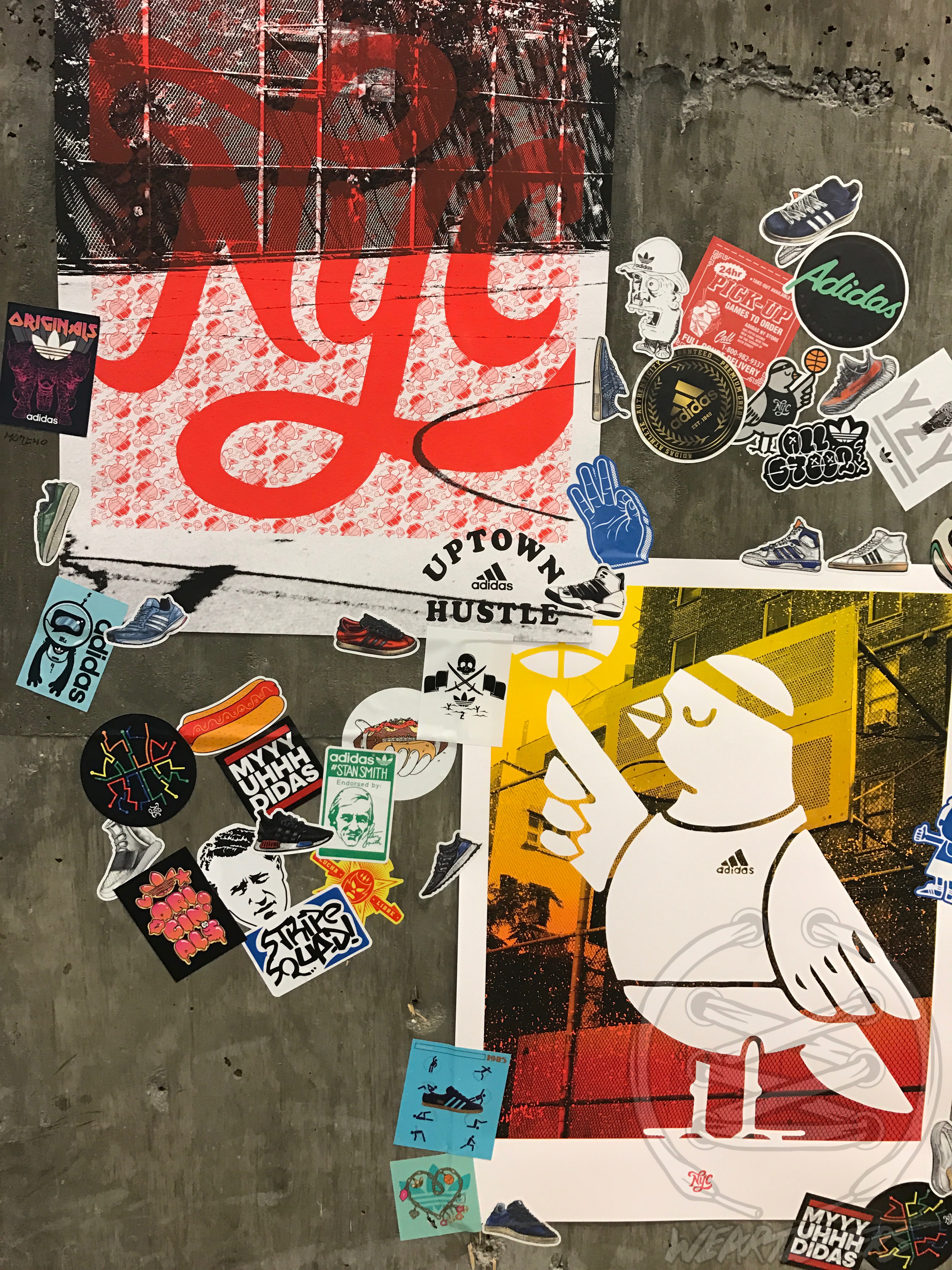 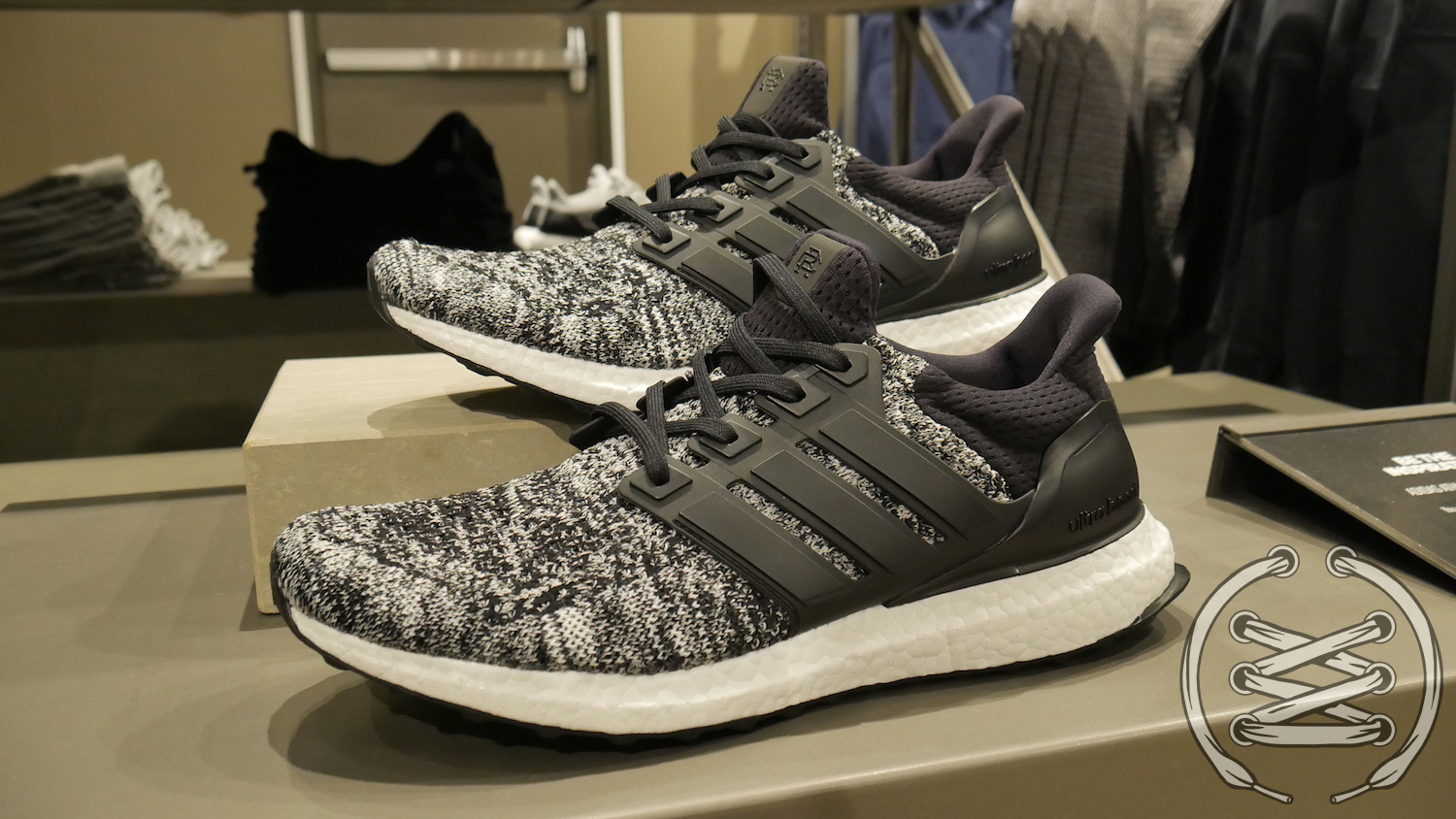 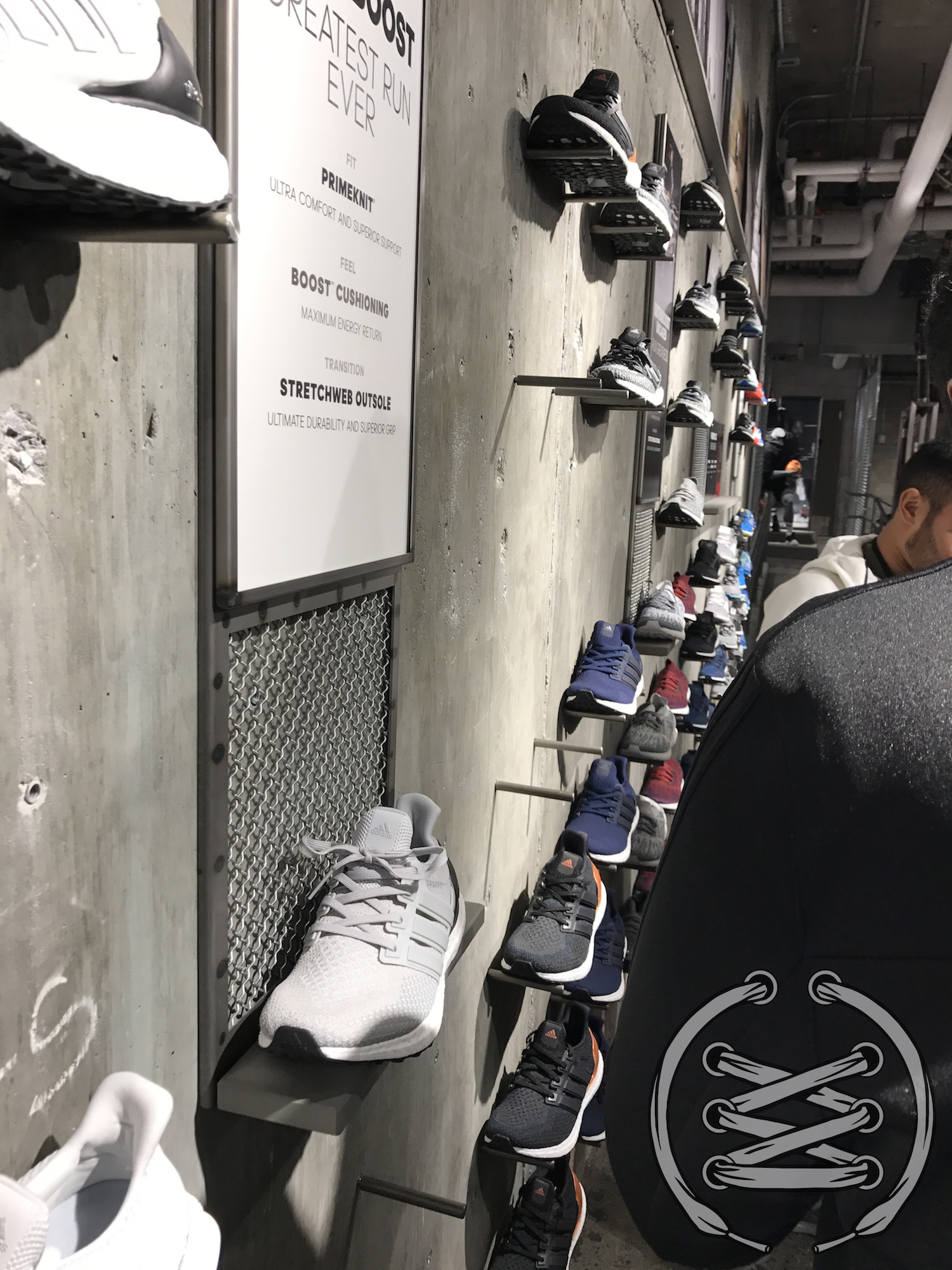 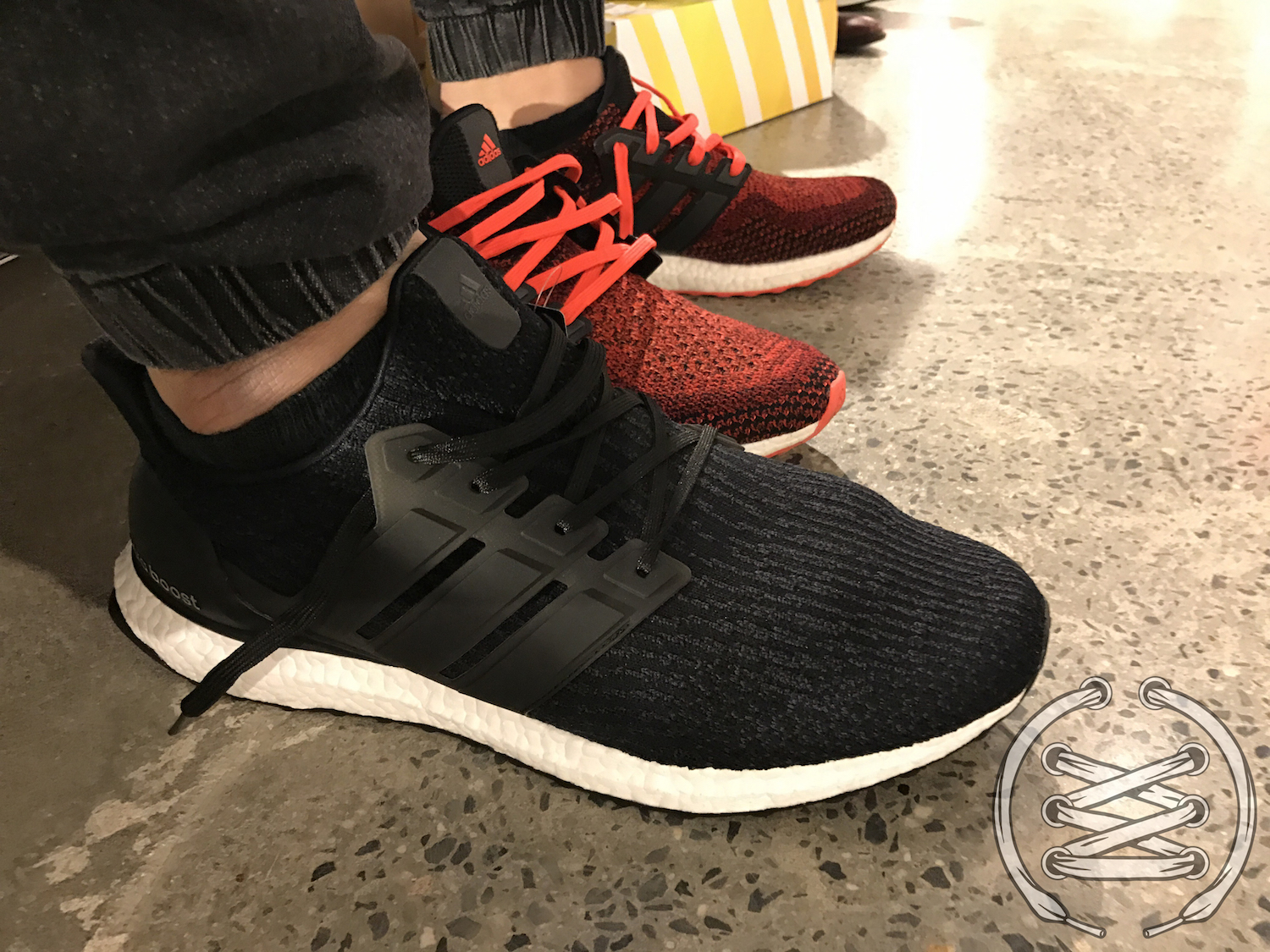 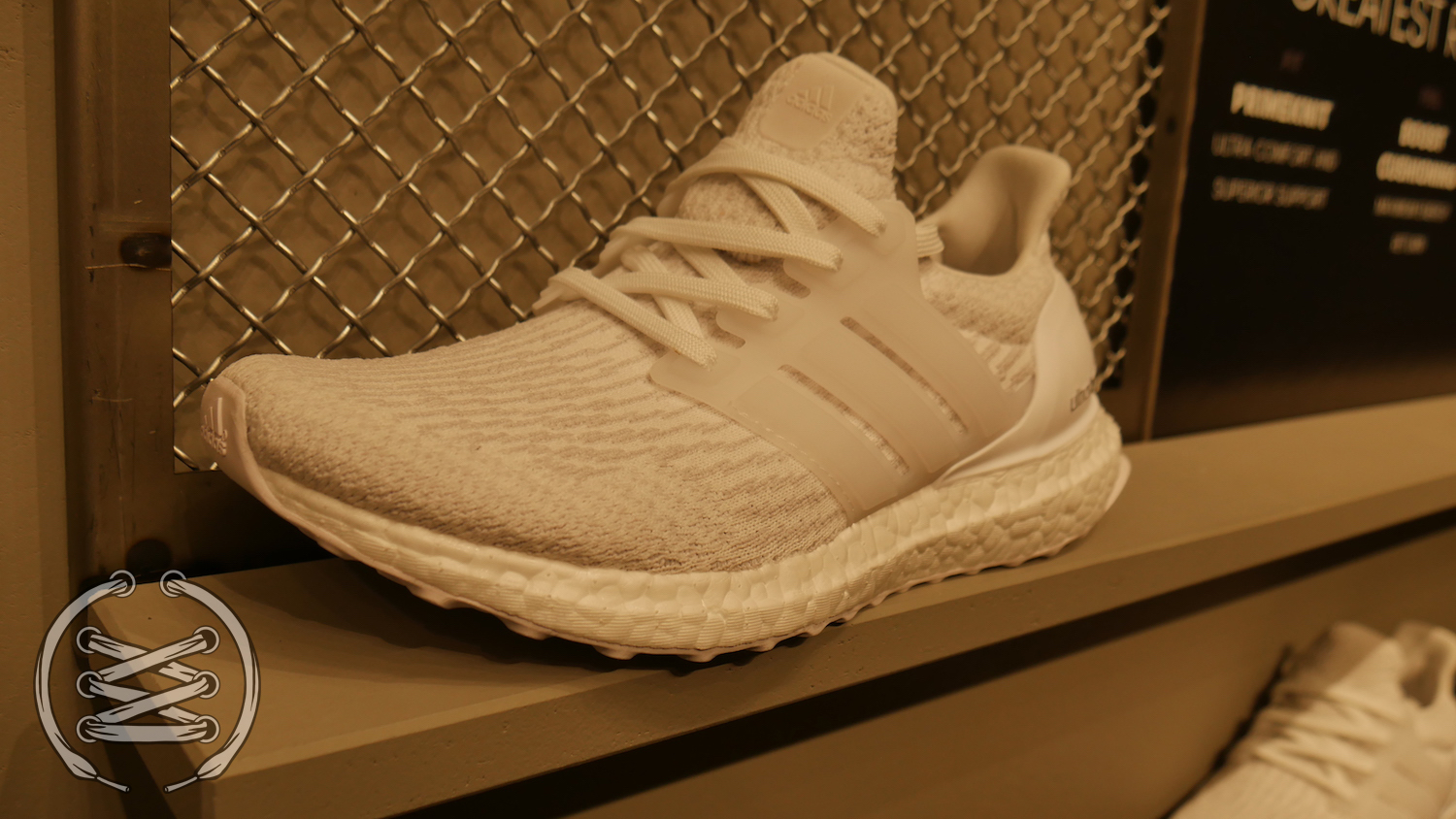 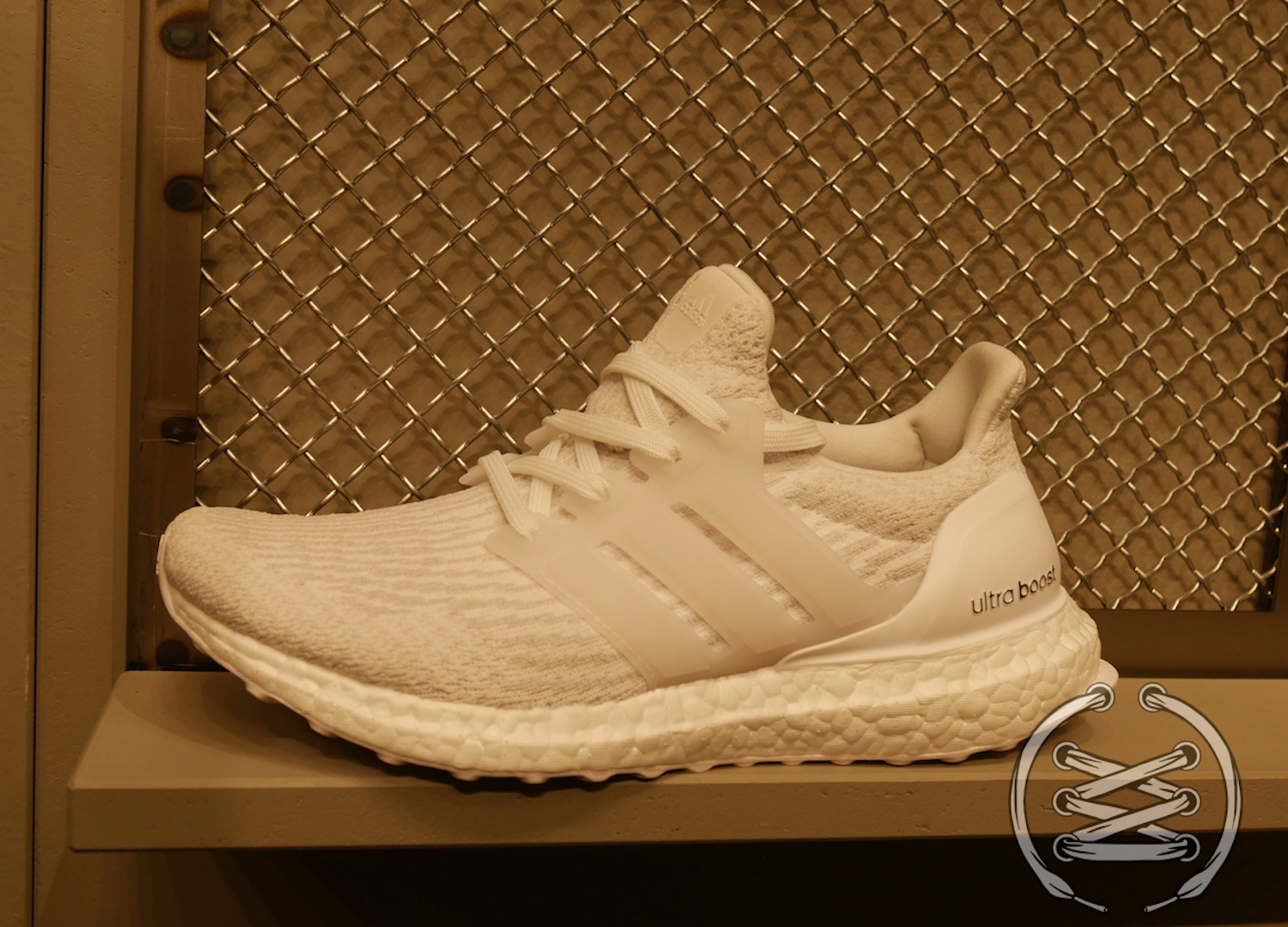 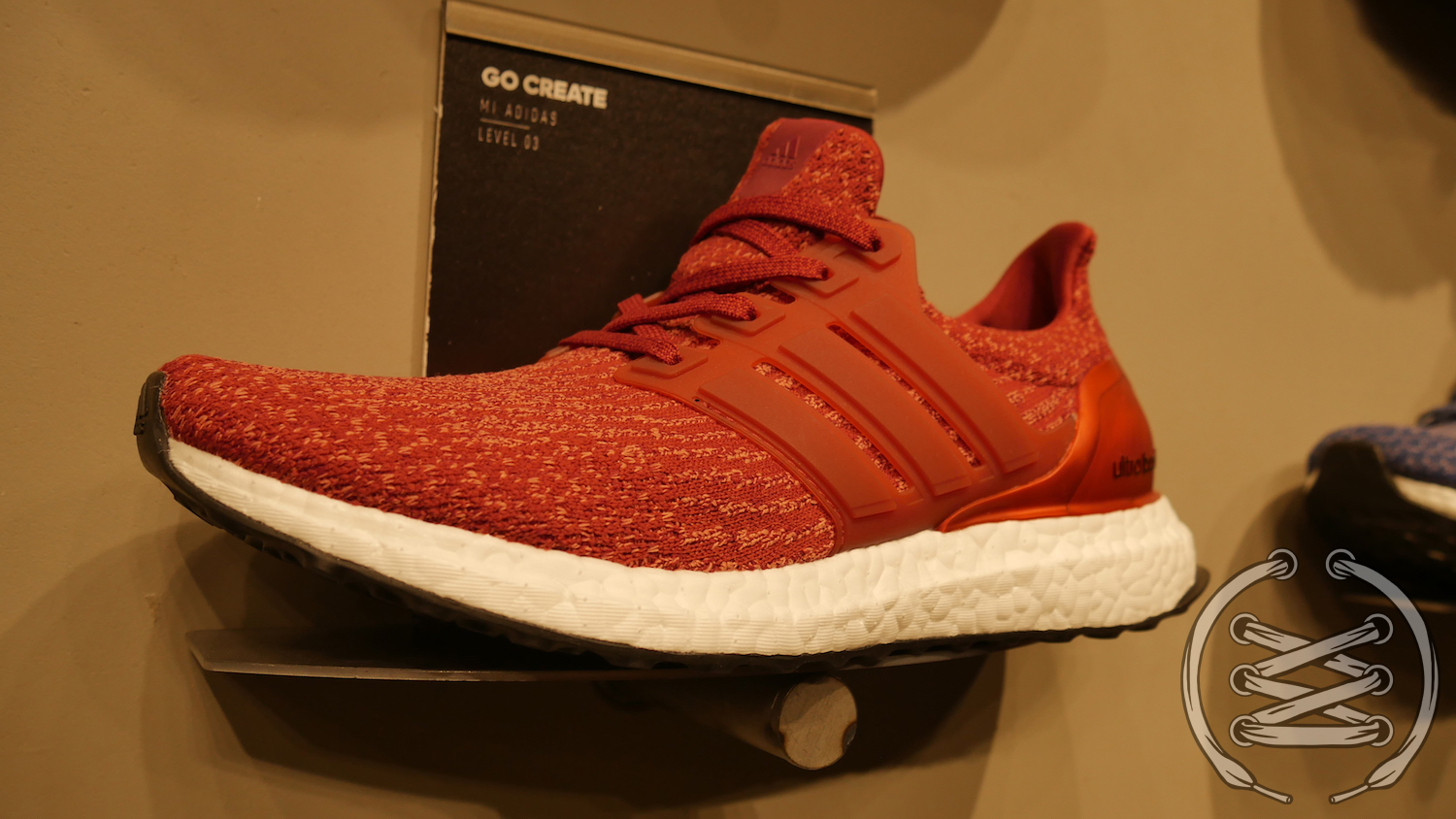 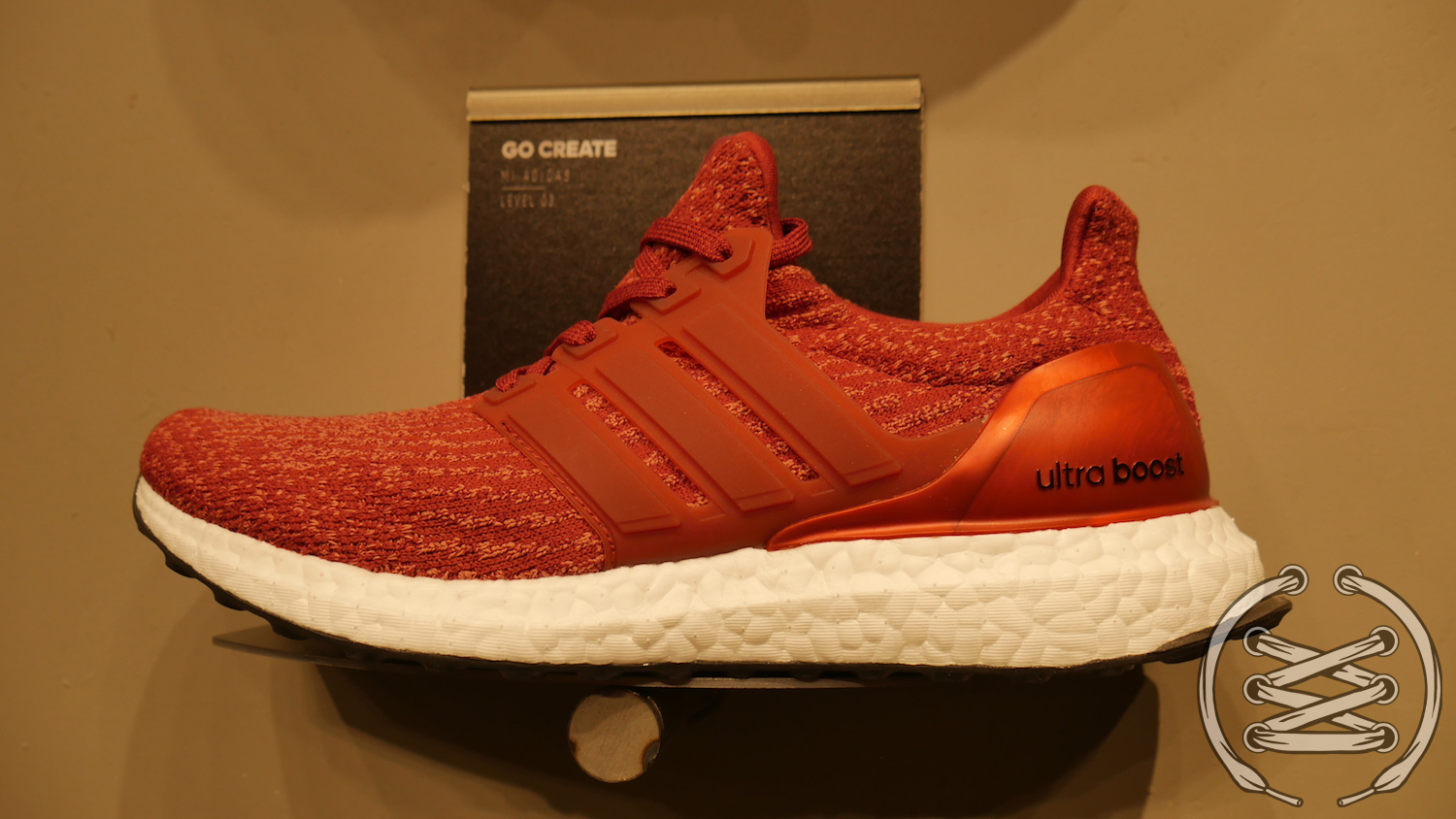 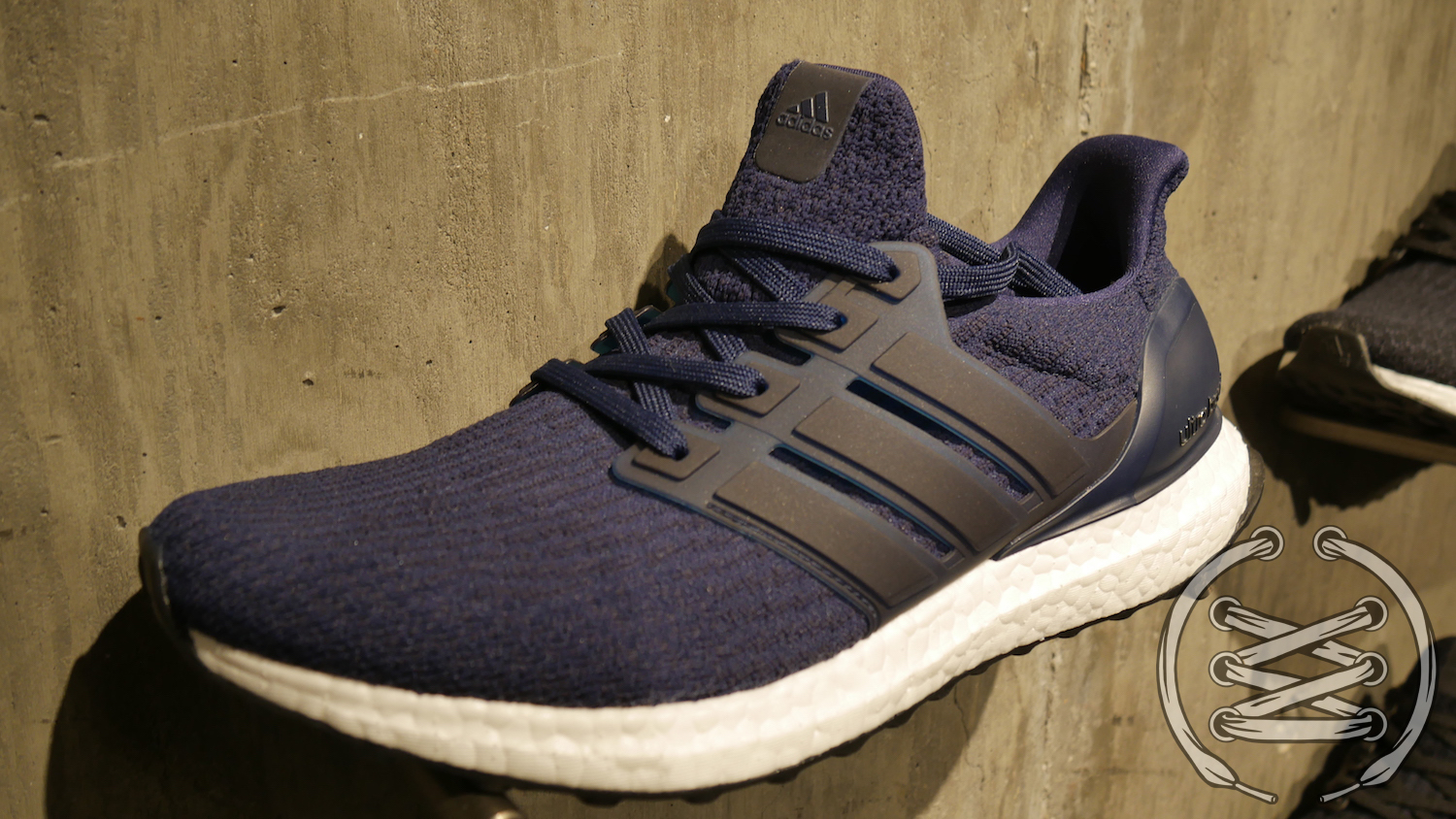 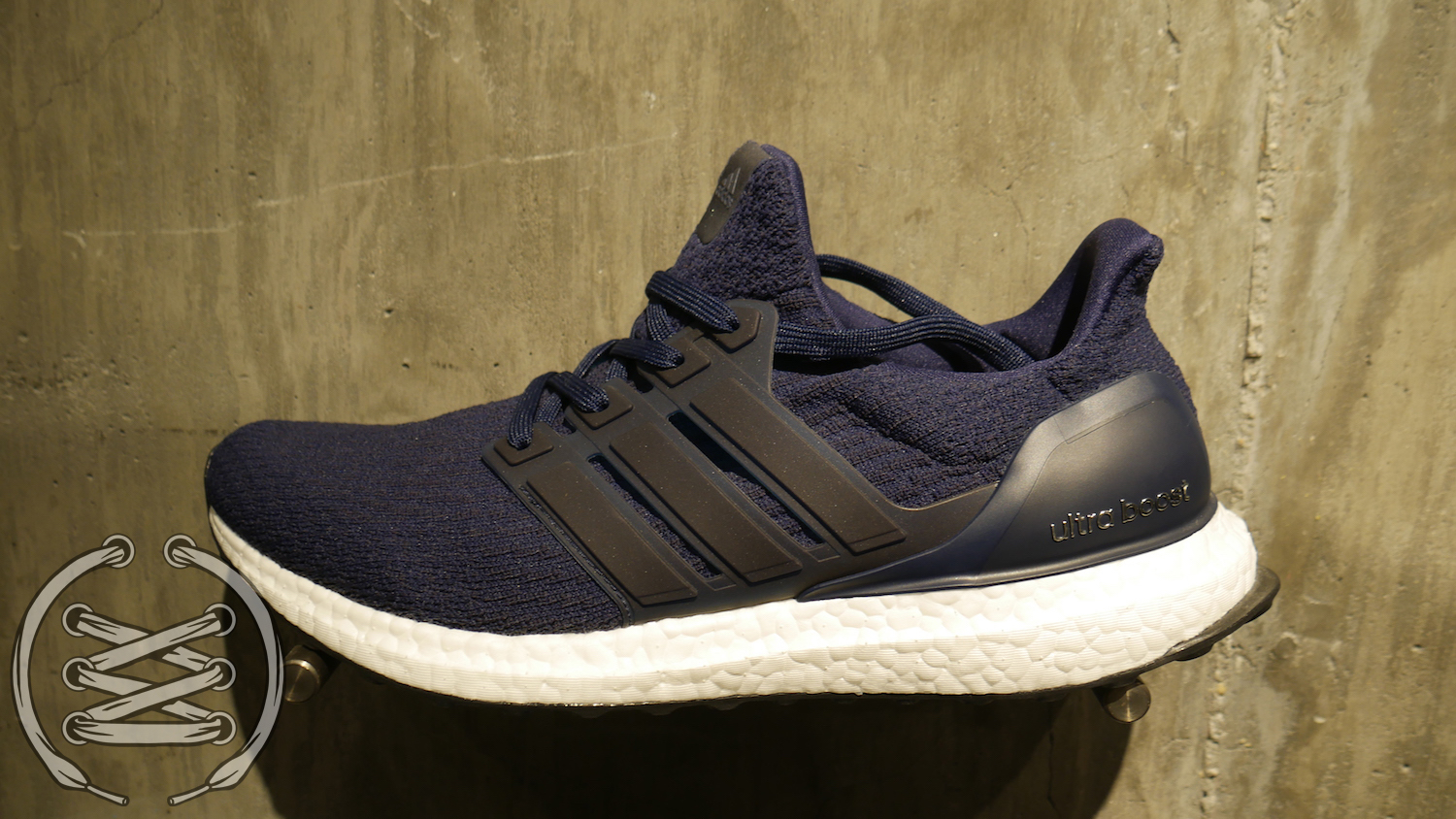 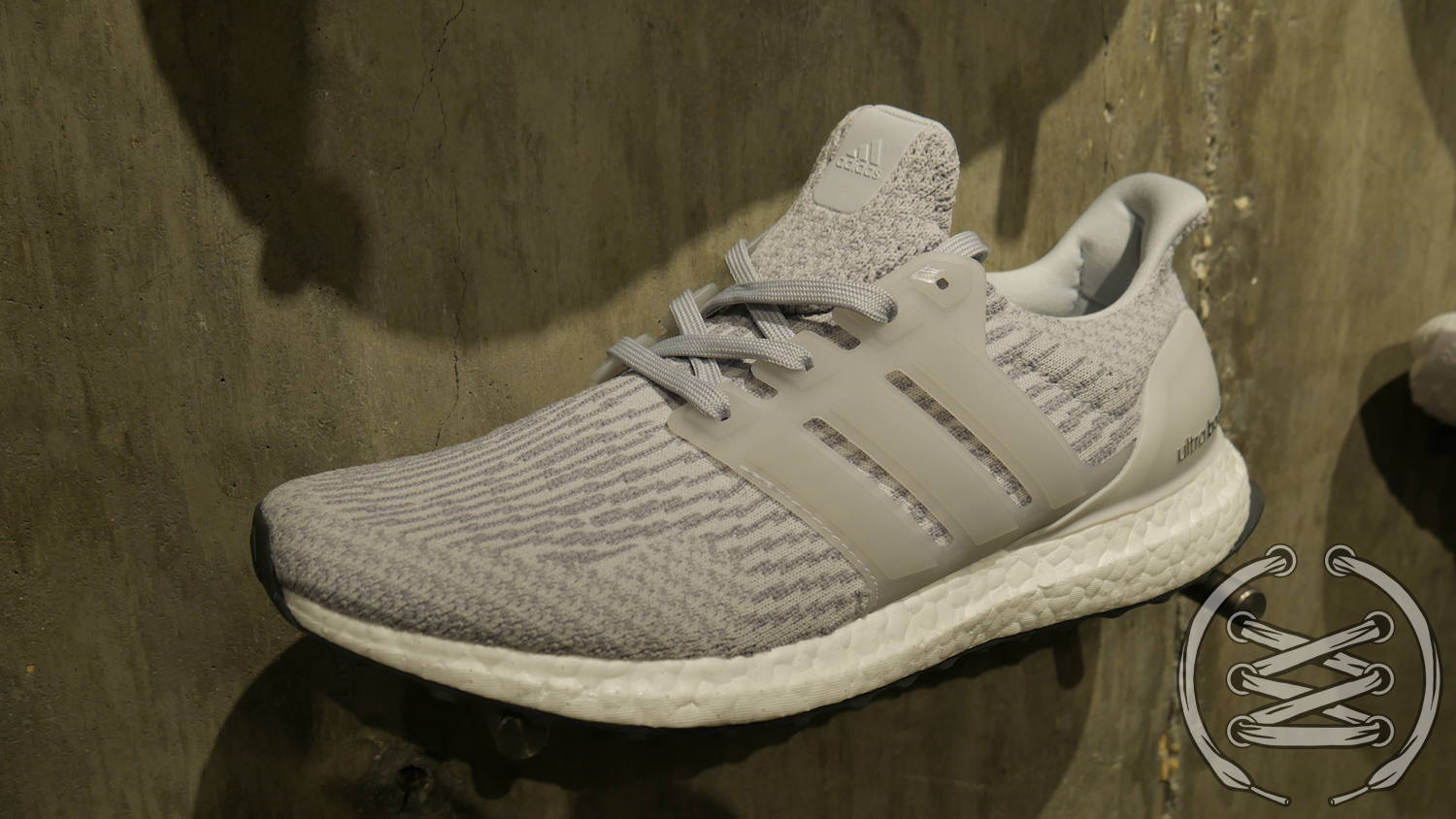 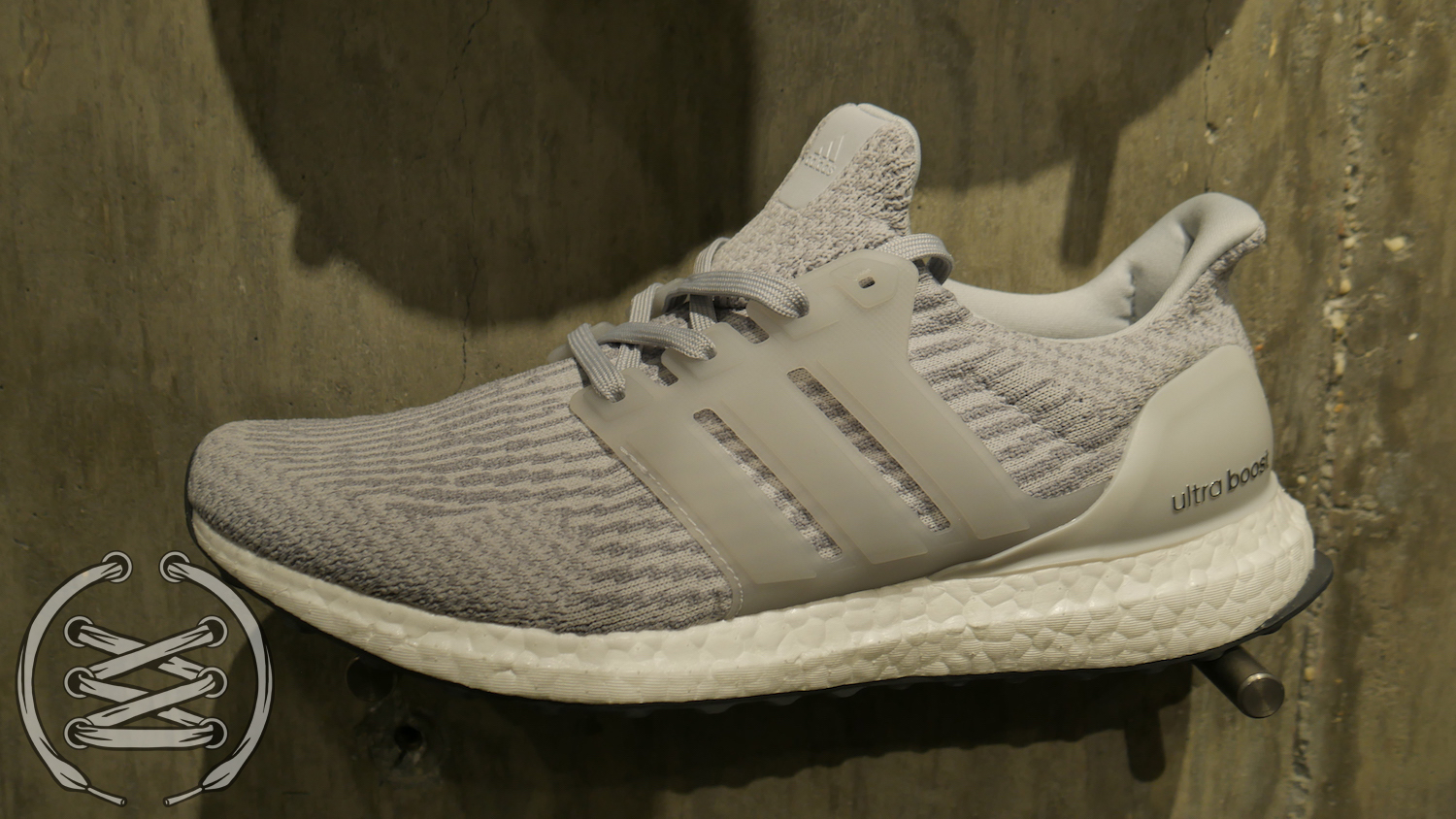 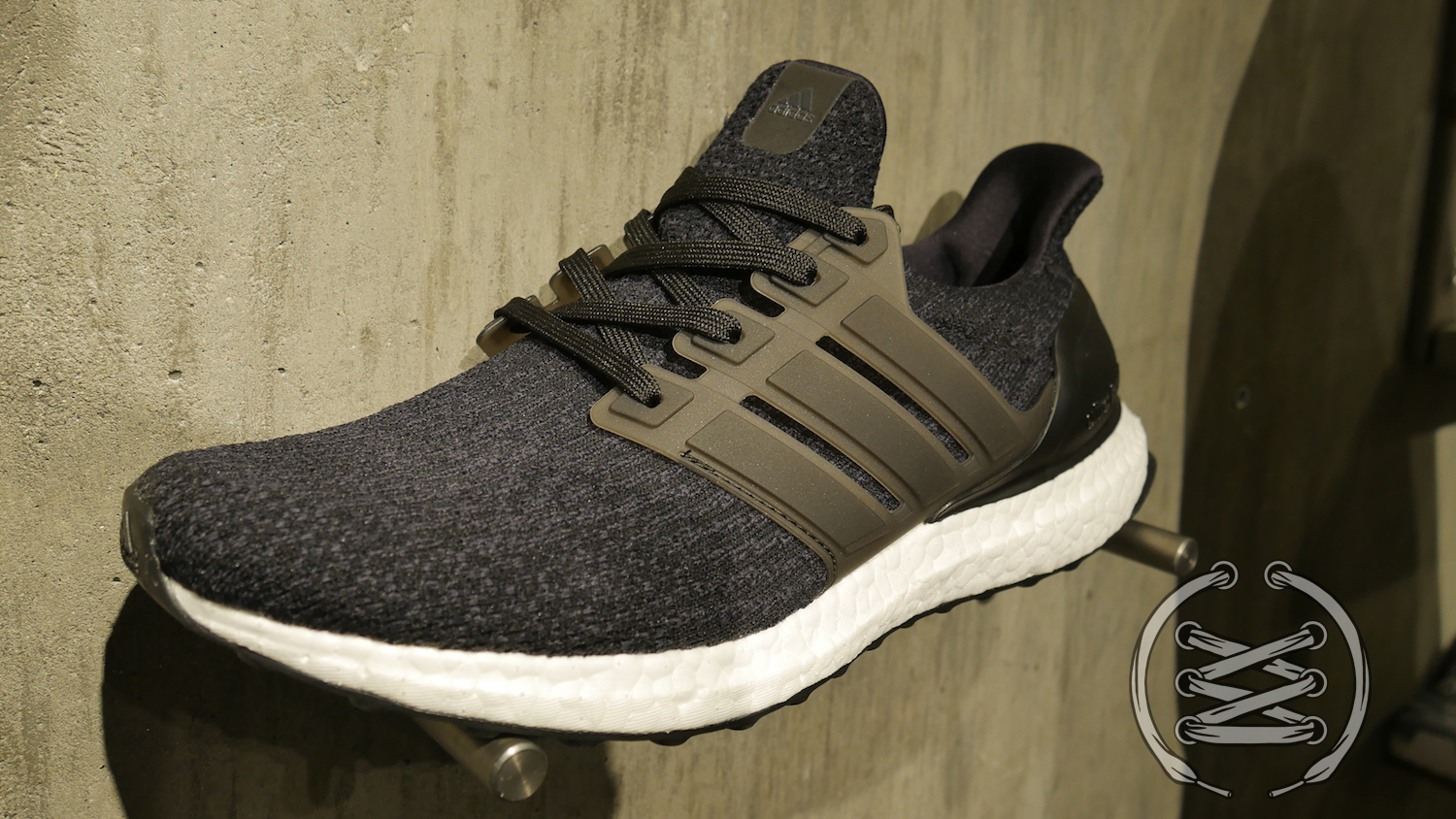 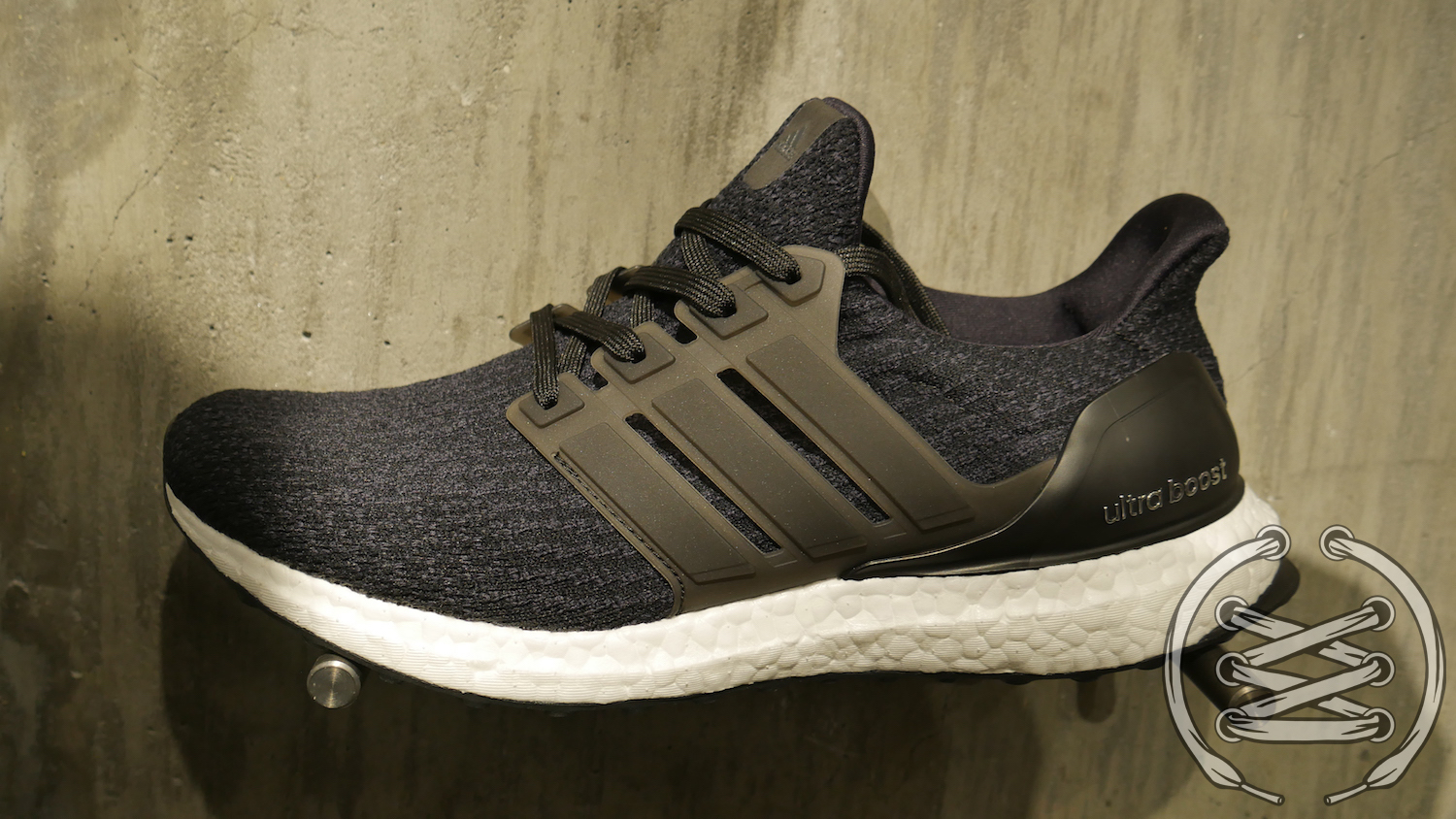