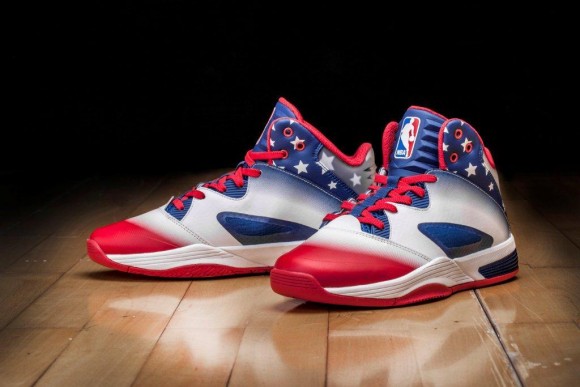 The number 68 may not have much significance to many people, but it apparently is important to the NBA, as they plan to commemorate their 68th anniversary with the release of a limited-edition sneaker. The unnamed shoe will be limited to 1946 pairs (which is the year the NBA formed) and each pair will be numbered, alongside a certificate of authenticity.

The NBA is going all out for this release, with special packaging with a satin-like material inside the box. The shoes themselves have a patriotic theme throughout with red, white and blue making up the sneaker – colors that play prominently on the NBA logo that appears on the tongue.

The first sneaker produced (0001) will be signed by commissioner Adam Silver and will be auctioned off on auctions.nba.com, with proceeds going to the NBA Cares community partners. The other pairs will launch on the anniversary date of June 6th, 2014 – which happens to be the day after game 1 of the NBA Finals. The MSRP will be $119 and will launch on NBAStore.com, as well as the  league’s physical location in New York City. 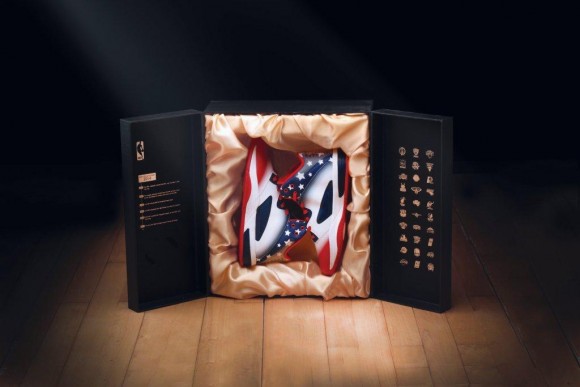