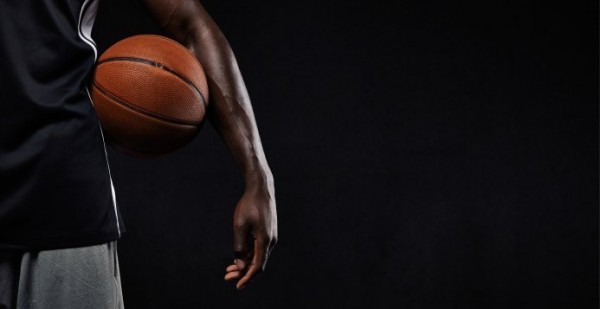 In 2009 Harris Poll surveyed a selection of general population U.S. adults. They named Michael Jordan the greatest sports star of all time. The poll was taken again in 2015 and MJ is still number one amongst Americans. I found the top ten lists by sport very interesting. Here’s all the info from The Harris Poll:

The debate is as legendary as the athletes themselves: who is the greatest sports star of all time? According to Americans who follow at least one sport, Michael Jordan is still #1 – maintaining his status at the top of the list. Babe Ruth rises from 3rd to 2nd place and Muhammad Ali moves up the ranks as well, from 4thto 3rd. New to the list – and Sports Illustrated’s 2015 Sportsperson of the Year – is tennis star Serena Williams, who comes in 4th. Rounding out the top five is quarterback Peyton Manning, who previously ranked 8th.

Quarterback Joe Montana holds steady in his spot at #6, while LeBron James makes the jump shot and moves up from 10th in 2009 to 7th. Meanwhile, landing in a sand trap, Tiger Woods sees a large drop from 2nd in 2009 to 8th. Tom Brady, another newbie on the list and another quarterback, places 9th, while hockey all-star Wayne Gretzky ranks 10th (previously 7th).

Despite differences among gender, region and ethnicity, one thing is clear – Michael Jordan reigns supreme. The same can almost be said among the generations as well, with the exception of Matures, who say Babe Ruth is the greatest sports star of all time. Looking to second and third place, some greater differences arise:

Babe Ruth and Hank Aaron rank 1st and 2nd when fans of the sport are asked to name the greatest baseball player of all time, while Mickey Mantle makes the number three spot. Rounding out the top 5 and all tied for 4thplace are Willie Mays (previously 3rd), Ted Williams (previously 4th), and Pete Rose (new to the list). One Yankee legend, Lou Gehrig (previously 5th), falls from the top five.

Football has a new #1, as Joe Montana jumps ahead two spots. Tom Brady joins the ranks in the #2 spot, as does Peyton Manning in spot number three. Walter Payton maintains his #4 spot while Jim Brown sees a drop from 2nd to 5th. With two new additions to the list, two greats had to leave and those are Brett Favre (previously ranked number one) and Jerry Rice (previously 5th).

As he’s number one on the overall list, it’s no surprise that Michael Jordan is considered #1 on the greatest basketball player list as well, the same spot he held in 2009. Wilt Chamberlain sees a two spot jump from 4th to 2nd, while LeBron James makes his first appearance on the list in spot number three. Bill Russell also sees a jump from 5th place to 4th. Kareem Abdul-Jabbar joins the list in the #5 slot. With two new arrivals, we see Earvin ‘Magic’ Johnson (previously 2nd) and Larry Bird (3rd in 2009) take a backseat to the newcomers.

The greatest golfer list stays largely consistent from 2009, with Tiger Woods maintaining his position at the top. Arnold Palmer and Jack Nicklaus rank 2nd and 3rd, reversing their 2009 positions. Phil Mickelson continues to hold strong in 4th, while Ben Hogan jumps on to share this spot. Bobby Jones (previously 5th) falls from the top five.

Tennis sees a big upset this year, with Serena Williams – unranked in 2009 – snagging the #1 spot. Roger Federer drops down from 1st to 2nd, as does Pete Sampras from 2nd to 3rd. Arthur Ashe jumps up one spot to #4, while the also-formidable Venus Williams finds her own spot on the list in the #5 slot. With the Williams sisters making big moves, Jimmy Connors (previously 3rd) and Andre Agassi (4th in 2009) lose their footing on the top five list.

New this year, The Harris Poll also asked Americans to choose the greatest soccer player of all time. Pelé – touted as the most successful goal scorer in the world – tops the list, followed by Lionel Messi and David Beckham. Diego Maradona ranks 4th while Mia Hamm and Cristiano Ronaldo round out the top in a 5th-place tie.

“Thinking about the sports you know, please indicate which two you think are the greatest sports stars of all time.”

Base: All adults who follow at least one sport

“Thinking about golfers over time, please indicate which you think is the greatest golfer of all time.”

This Harris Poll was conducted online within the United States between September 9 and 17, 2015 among 2,368 adults (aged 18 and over). Additionally, oversamples were collected in English and Spanish among 511 Hispanic (representing Spanish-dominant, English-dominant and Bilingual profiles) respondents and in English among 179 Asian respondents. Figures for age, sex, race/ethnicity, education, region and household income were weighted where necessary to bring them into line with their actual proportions in the population. Propensity score weighting was also used to adjust for respondents’ propensity to be online.

All sample surveys and polls, whether or not they use probability sampling, are subject to multiple sources of error which are most often not possible to quantify or estimate, including sampling error, coverage error, error associated with nonresponse, error associated with question wording and response options, and post-survey weighting and adjustments. Therefore, The Harris Poll avoids the words “margin of error” as they are misleading. All that can be calculated are different possible sampling errors with different probabilities for pure, unweighted, random samples with 100% response rates. These are only theoretical because no published polls come close to this ideal.