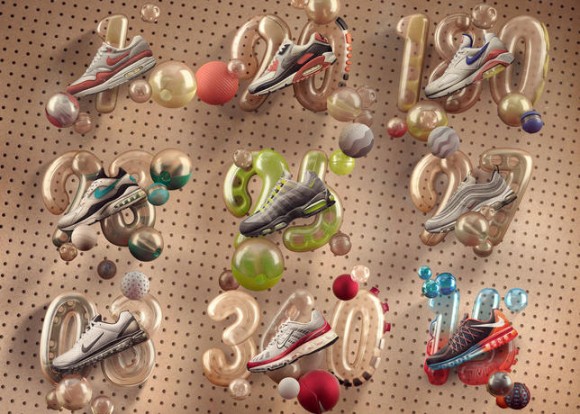 Air Max day is almost upon us, and Nike is giving us a look back at some of their most iconic Air Max models to date.

The Air Max family spans numerous generations. With the Air Max 1 leading the charge, the family’s various iterations have taken on personalities of their own. None will be forgotten but some have come to stand apart, becoming known for their bold colors, spirited designs and pivotol roles in the evolution of visible air. As the countdown to the second annual Air Max Day continues, Nike takes a look back to remember the Icons of the Air Max Family: The Masters of Max. 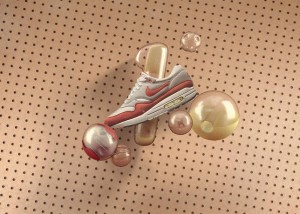 Innovation isn’t always visible — but when it is, its impact can be immeasurable. In 1987, Nike introduced the Nike Air Max 1, the first shoe to put innovation on full display. Created as a cushioning system, Nike Air suddenly became a window of opportunity for self-expression, style, and crucially, pure performance. The Nike Air Max 1 arrived as a provocateur and a revolutionary, and the sneaker world was never the same.

Tinker Hatfield was the lead designer who brought the Air Max to life. At the time, Nike Air was nothing new. Introduced in late 1978 in the Nike Air Tailwind, the Air-Sole unit was effectively hidden in foam.

However, Hatfield, a trained architect with a knack for changing the game, took a maverick piece of Parisian architecture as inspiration and cut away at the surrounding foam midsole to reveal a larger Air-Sole unit, proving its existence with audacious visibility.

“I specifically went to Paris to see the city, but also to visit the Pompidou Center,” Hatfield says. “It was a building turned inside out, with a glass skin underneath. Coming back to Oregon, I had meetings with the technicians who were working on the larger Air-sole units and I relayed my thoughts: Maybe we could also expose the Air-Sole technology and create a shoe that’s like no other.”

At the time, many people considered the idea outlandish, but Hatfield and the team pushed forward. To further stand out from the era’s running shoes and drive home the message of visibility, the first Nike Air Max featured an attention-seeking bold color palette.

The Air Max family has evolved over the past 28 years, with hundreds of memorable make-ups, but each model owes its existence in part to the transcendent Nike Air Max 1. 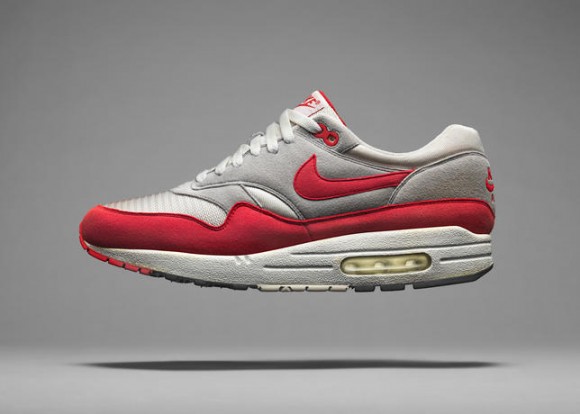 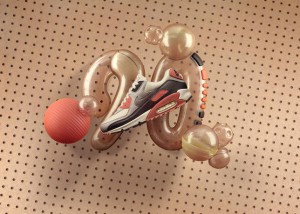 The Nike Air Max 90 has presence. Even when standing still, the shoe looks like a masterpiece in motion.

Arriving in 1990, the fourth if first was in ’87? installment in the Air Max family featured a larger volume of Nike Air than its predecessors. However, its fluid aesthetic was the defining feature. Hatfield knew the silhouette would hit the ground running, so the design evoked forward motion.

The Air Max 90 also included ribbed plastic panels and multiple lacing options to create the perfect fit. Color was another key ingredient. The shoe’s radiant shade of red, which later became known as “infrared,” highlighted the visible air. The hard-to-miss shade remains as synonymous with the Air Max 90 as its shape.

Popular from the start, the striking Air Max 90 symbolized a new decade. Nike designers remixed the silhouette in the years that followed, but it stays forever coveted and essential. 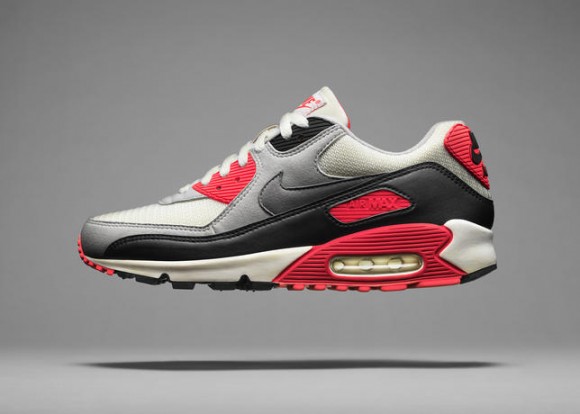 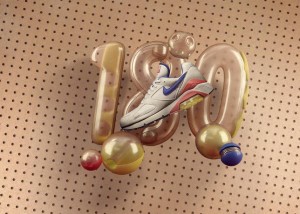 The Nike Air Max 180 was born from the collective minds of Hatfield and Air Force 1 designer Bruce Kilgore. The two legends set out to make the Max Air unit visible on the outsole and midsole, which highlighted the shoe’s 180 degrees of cushioning.

The upper featured a new stretch dynamic inner sleeve that flexed with the foot, while the molded heel counter provided support. The forefoot grooves were another early experiment in natural motion.

The shoe’s visible air was quickly recognizable around the world. Much like Nike introduced the Air Max 1 with a memorable commercial, the Air Max 180 was supported by advertisements created with legendary cartoonists, special effects masters and movie directors. 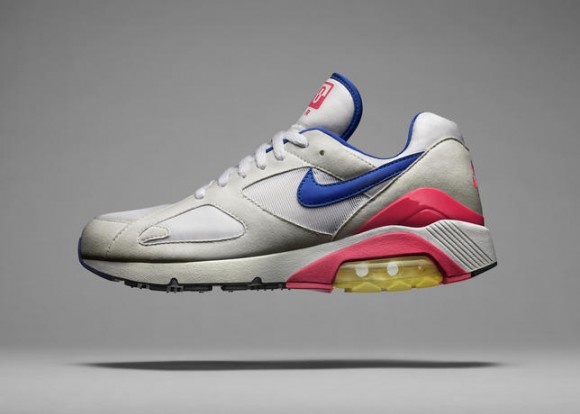 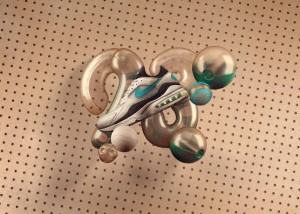 For the Nike Air Max 93, visibility was the driving force. How do you shock an audience that has already been surprised time and time again? The heel unit had always been the focal point, so why not take it to its limit? Hatfield’s latest creation was built on the Air Max 90’s flex grooves and used a dynamic-fit neoprene inner sleeve to give the foot and ankle added support.

Then there was the not-so-small matter of the 270-degrees of visible air. The precision-engineered blow-molded Air-Sole unit — inspired by plastic milk jugs — created completely new standards of cushioning and became the cornerstone for visible air in the forefoot. 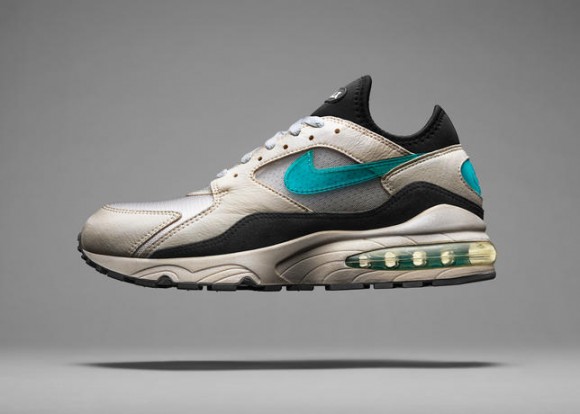 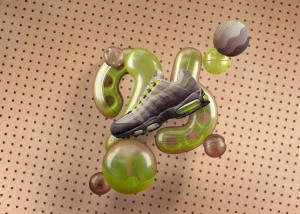 The Nike Air Max 95 was not just a shoe, it was an outcast.

Debuting in 1995, the bold silhouette was the first to feature visible Nike Air in the forefoot. This completely new approach to cushioning brought runners superior comfort and support with dual air units. The Air Max 95 was the first Air Max model to feature a black midsole, a trait that drastically departed from traditional running shoe designs.

This explosion of Air was the defining characteristic of a silhouette inspired by the human body. The midsole was based on the spine, serving as the backbone of the design. Nylon eyelets represented ribs, while the upper’s layered panels and mesh symbolized muscle fibers and flesh.

The graduated approach to the upper, starting with a darker base, was meant to help the shoe remain clean even when used for off-road runs. Other key details included barely-there branding and a new Air Max typeface. And as with the Nike Air Max 1 and Nike Air Max 90, a statement color highlighted the Nike Air-Sole — this time from within.

The Air Max 95 opened the front window in design and sparked a global movement. From New York to London to Tokyo, a generation wanted to wear the future on its feet. Multiple iterations later, it’s still turning heads. 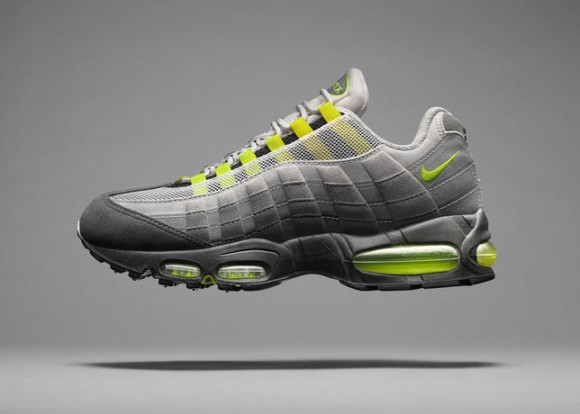 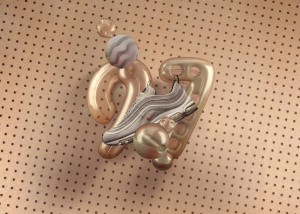 The Nike Air Max 97 marked another leap forward with the first full-length Max Air unit. The groundbreaking shoe demanded an upper to match its audacious innovation. Starting with silver, the fluid design took inspiration from Tokyo’s lightning-fast bullet trains. Reflective piping gave the Air Max 97 a look that amplified what? in the right light. The perfect shoe for a maximalist period, when more mattered in music, movies and style, it has since become an era-defining design classic. 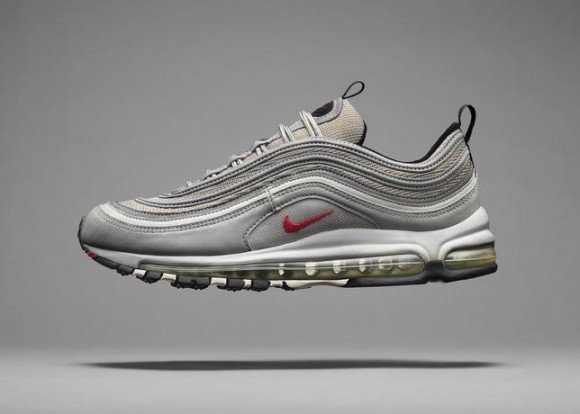 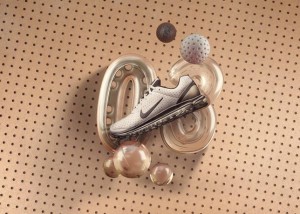 A minimized upper combined with a maximized approach to cushioning defines the Nike Air Max 2003. The new silhouette borrowed the same Air-Sole unit used in the Air Max 97, but new developments in molding, construction and cushioning brought the foot closer to the ground for extra flexibility. Taking a path less traveled, the Air Max 2003 traded the bold color of past Nike Air Max models for a tonal option that gave the shoe a new aesthetic for the aughts.

The upper used a Teijin performance material similar to the one employed in elite track spikes and football boots. The material gave the shoe a lightweight, aggressive look and a premium feel, making it incredibly comfortable straight out of the box. 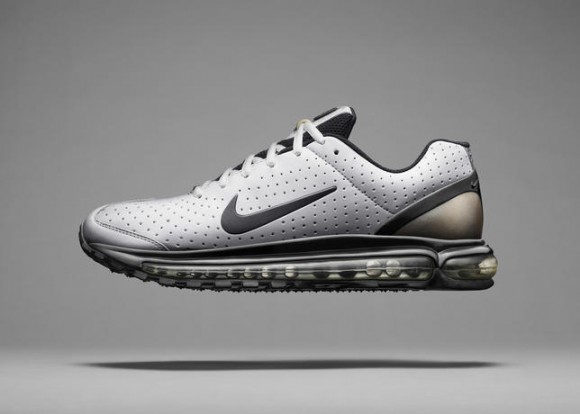 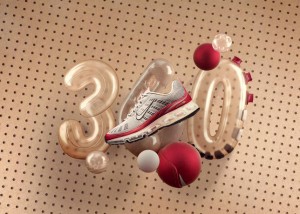 Almost 20 years after the original Air Max debuted, the mission to make wearers walk on air was realized in the Nike Air Max 360. Nike engineered a completely new kind of Max Air unit that offered improved air-cushioned stability. Gone were the substantial layers of foam separating the foot from the air, and for the first time, thermo-molded construction helped achieve 360 degrees of cushioning.

A tribute to the original Air Max color palette highlighted the latest breakthrough, while the laser-cut gradated effect on the upper resurrected the Air Max 95’s look. A onetime-only limited edition pack even applied some iconic Air Max uppers to this new sole. 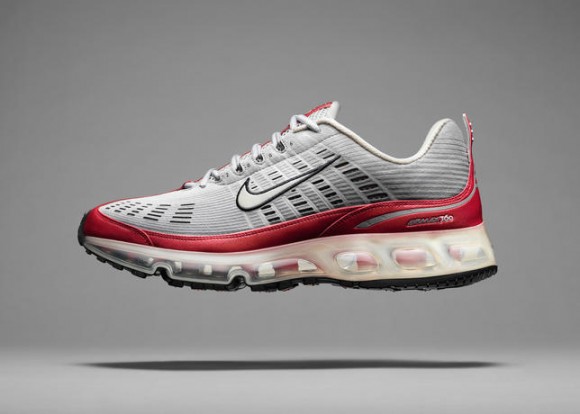 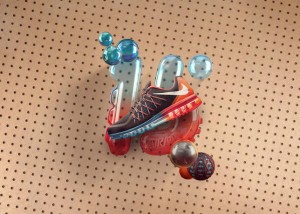 The Air Max 2015 is as much about reinvention as it is about revolution. The performance running shoe features an upper that matches the dynamic motion of the flexible, ultra-comfortable Max Air cushioning that debuted in 2013. The first Air Max with a breathable, lightweight, fully engineered and almost seamless mesh upper works in tandem with Nike Flywire technology to wrap the foot. The shoe offers a plush, bouncy ride that uses tubular construction and flex grooves for the latest standard of maximum. Even the reverse Swoosh subverts familiarity and signs off on a new generation of expression. 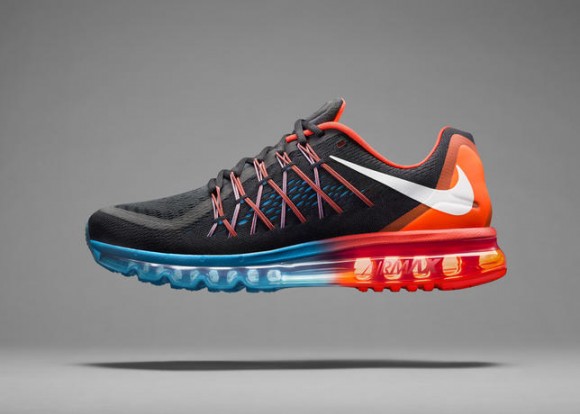