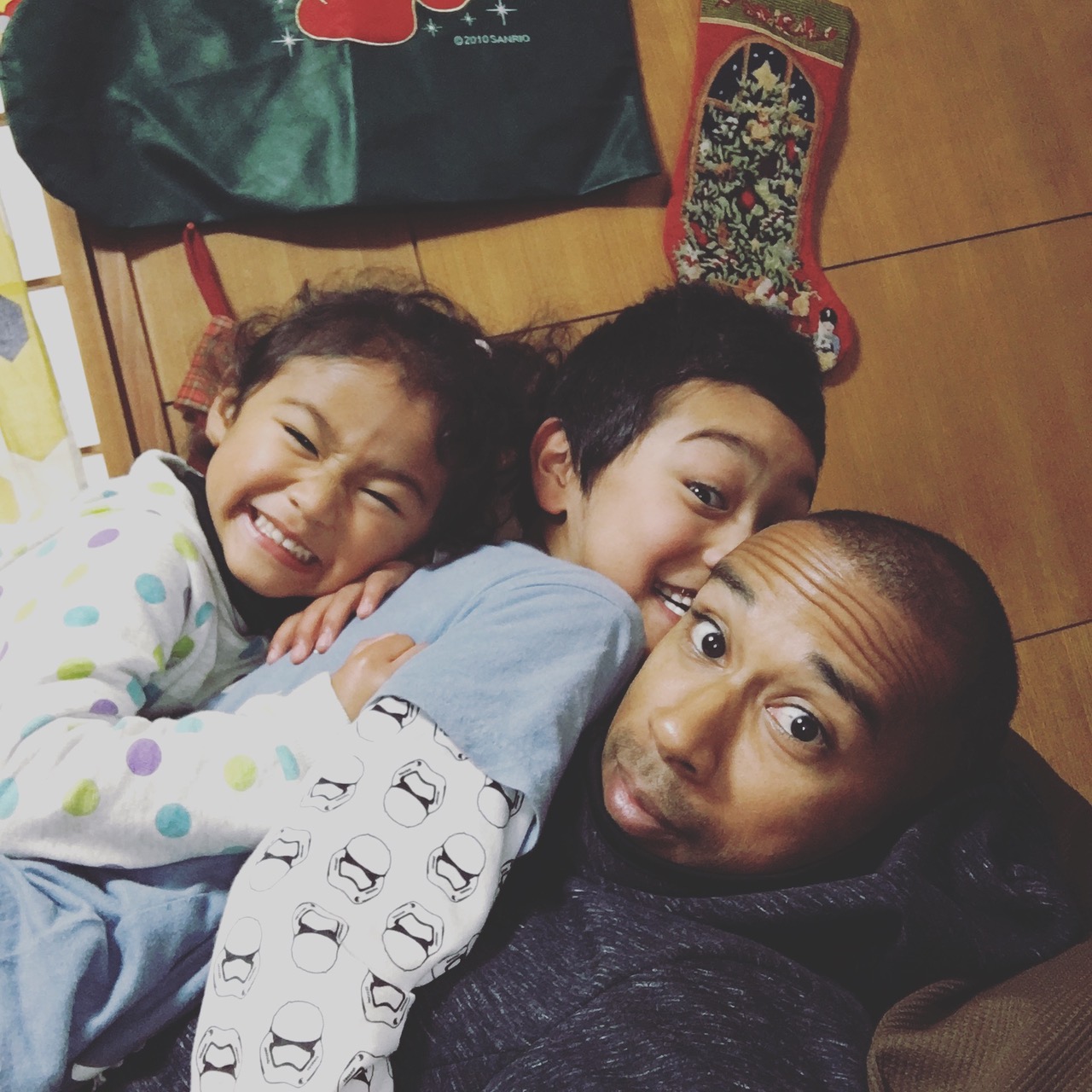 Working on social media for the past couple years has shown me a lot of the worst in people. Negative comments, negative energy, negativity everywhere. Thus, it’s rare when you come across someone like ma76bball who spreads nothing but positivity on social media

That is precisely why I needed to speak with Michy Asquith. He is a father, a dedicated hooper, a YouTuber, and someone at the forefront of this new wave of social media promotion. I wanted to know just about everything, so I present ma76bball. 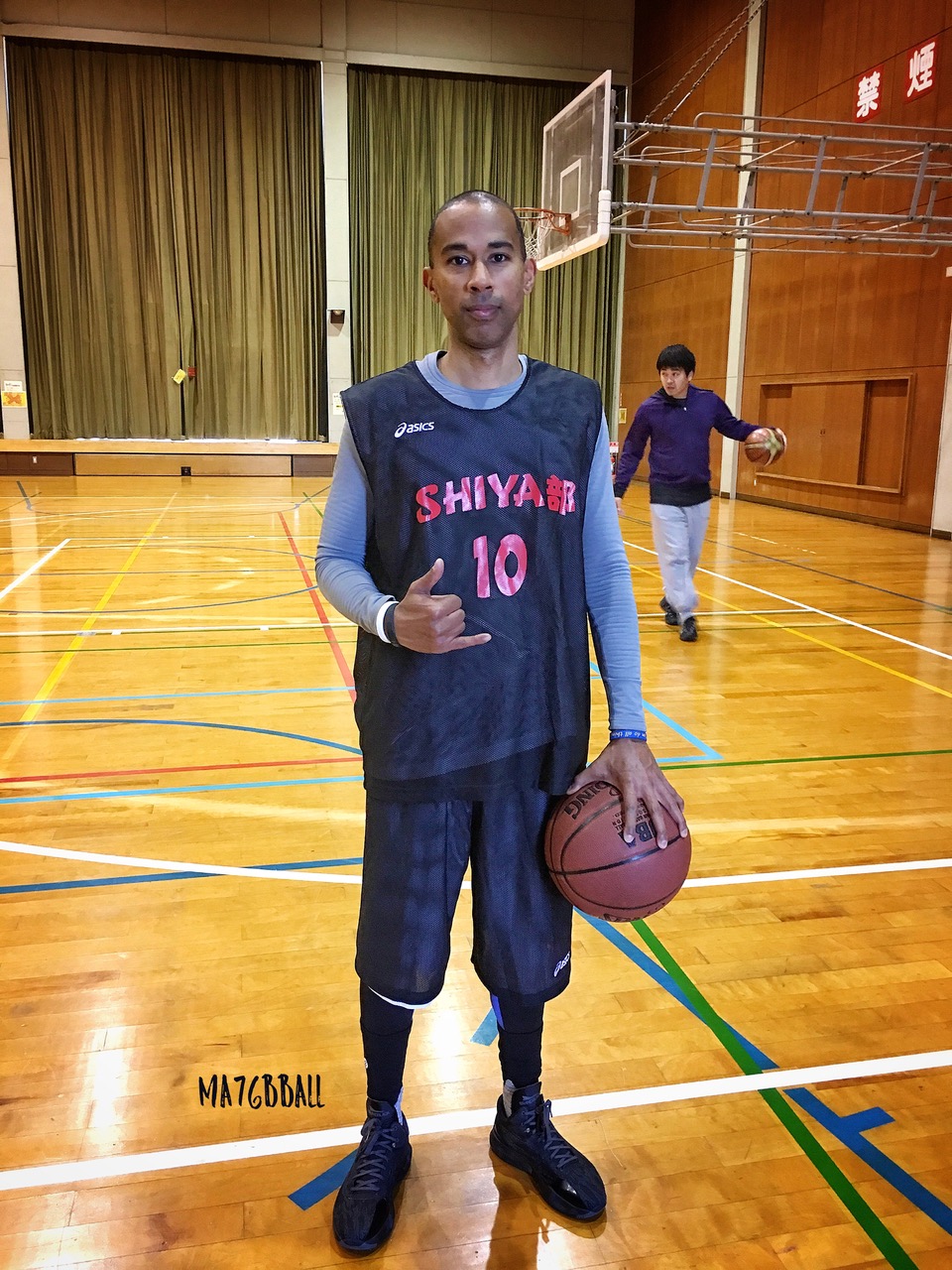 Noah Goldowitz for WearTesters.com: First off, what’s your name and how old are you?

Noah Goldowitz: You were born in Vancouver, Canada, but you’ve been living in Japan for over a decade now. Why’d you leave Canada? And what made you choose Japan?

ma76bball: I was here originally in 2002-2003 as a snowboard instructor, and a few years after returning to Vancouver I met my wife. Eventually, she wanted to come back to look after her parents and I was right there to support her decision. There was nothing keeping me in Vancouver and my entire outlook on life is “everything is an adventure.” I had zero hesitations, just went in head first.

To this day I continue to enjoy the process of adapting to and absorbing the culture of Japan. It’s an ongoing process that will never stop. You can’t expect to visit or settle down in a new country and hold on to your comfort zone at the same time — that’s a recipe for disaster. You need a mechanism to ensure a smooth transition and that mechanism for me is the mentality of “everything is an adventure.” I have a ton of support from my wife and friends but ultimately the root of that mentality is open-mindedness.

People say bad things come in waves. I disagree. This is life. Accept the experience and search for the lesson that life is currently teaching you. Be like water my friend, be like water. — ma76bball

Noah Goldowitz: What are the pros and cons of living in the Japanese countryside?

The pros, for me, are all related to having a family. There are several parks within walking distance, including a river where my kids catch crayfish during the summers. The outdoor court in my YouTube videos is a twenty minute bike ride away. On that ride I can usually see Mt. Fuji and I often stop for a few minutes to take in her beauty. The air is cleaner than the big cities and simply put, there are a lot less humans. I rarely go into the big cities due to the “packed sardines” environment. The hustle and bustle, the noise, pollution…it is what it is and it is necessary but I rather see my kids run free in large green open areas. Drawbacks: no major sneaker shops. There is a local sports shop but to get the real goods you have to head into Tokyo. 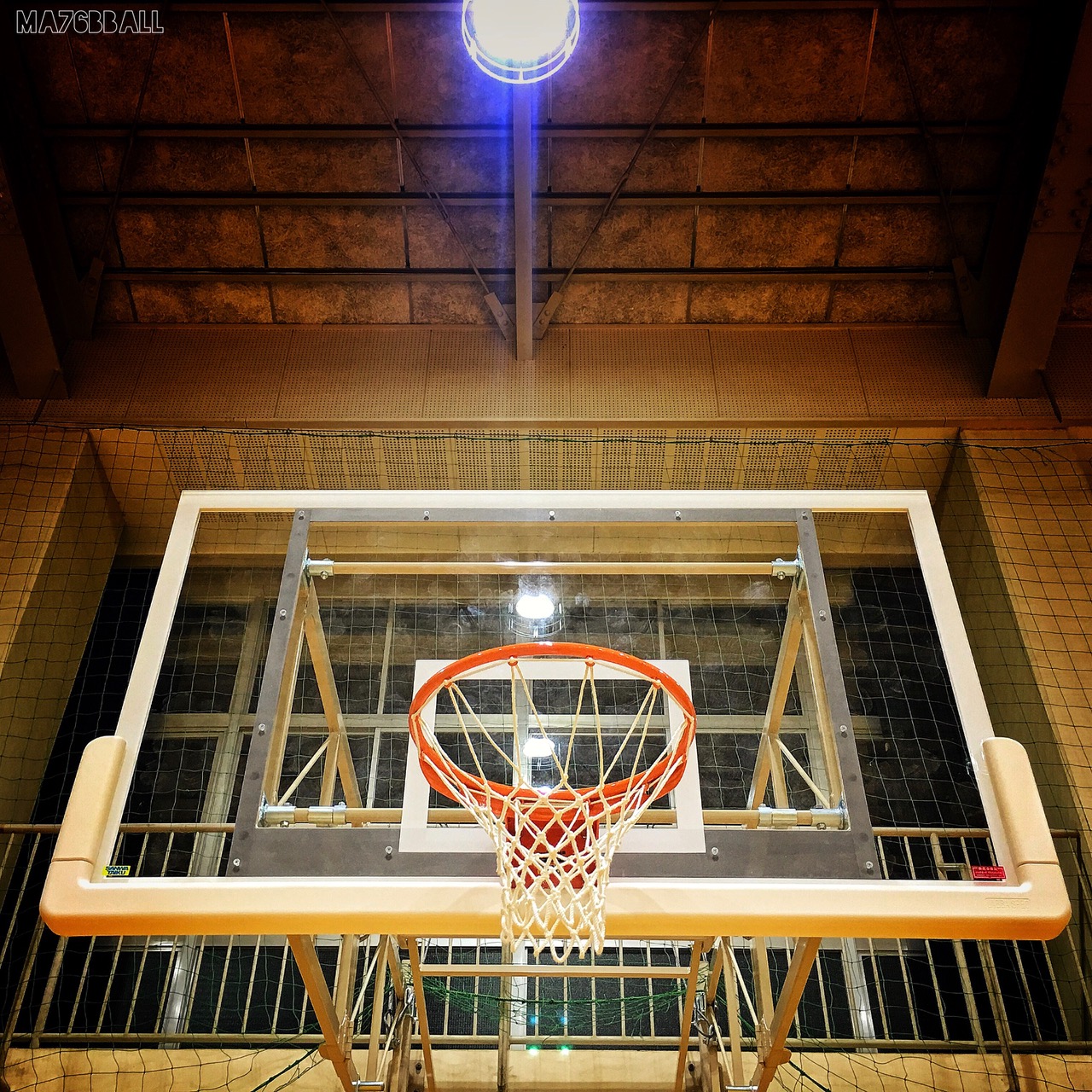 You’re a dedicated hooper, father, sneaker enthusiast, and #positivevibes expert – in many ways, you’re like my boss (Nightwing2303). How do you juggle everything?

Schedule. Basketball is usually Friday and Saturday nights. When the weather is warm I also head out Saturday and Sunday morning around 5:30am to get shots up. Between those sessions it’s family time but you have to make sacrifices. If I have to do a performance review, that cuts into family time. A lot of the youth aren’t aware of how much time and effort it takes to have a successful channel like Nightwing2303 and Mr. Foamer Simpson. However, I do involve my kids in the videos from time to time and that’s always a blast. The vibes I spread on Instagram are a must. There are a lot of kids that look to my page for inspiration and motivation. As a parent and teacher, I take it very seriously. I look after my Instagram page 24-7; it may be just an app but it is a major tool that I utilize to help others.

You maintain a pretty active YouTube channel (ma76bball) and put in work on the ‘Gram. When did you get into social media? I know a lot of people that held off for a while. Any pros/cons?

My first YouTube video was in January of 2016 and I believe I started Instagram in the fall of 2014. For YouTube I don’t see any cons besides the time consumption. However, on Instagram there are a number of people seeking attention in one form or another – usually kids with poor attitudes that just don’t have anything else to do. As my account grew, the lost souls showed their distaste more and more often. But it no longer affects me anymore. Most of the time I just simply block them or sometimes I address their comment with an honest gesture.

A few of them actually get off their clouds, come back down to earth, apologize and we end up having a “chat.” It’s just unfortunate that their first action is to attack instead of opening a discussion of value. All of that doesn’t even come close to the positive vibes that come in and out of my Instagram account. The number of people that message me with thanks and personal stories is bewildering. It leaves me humbled and provides the inspiration to do more.

Don’t fight or resist. You are in the midst of an experience that can be met with a negative mindset – or, open your eyes, welcome it, and learn from it! — ma76bball 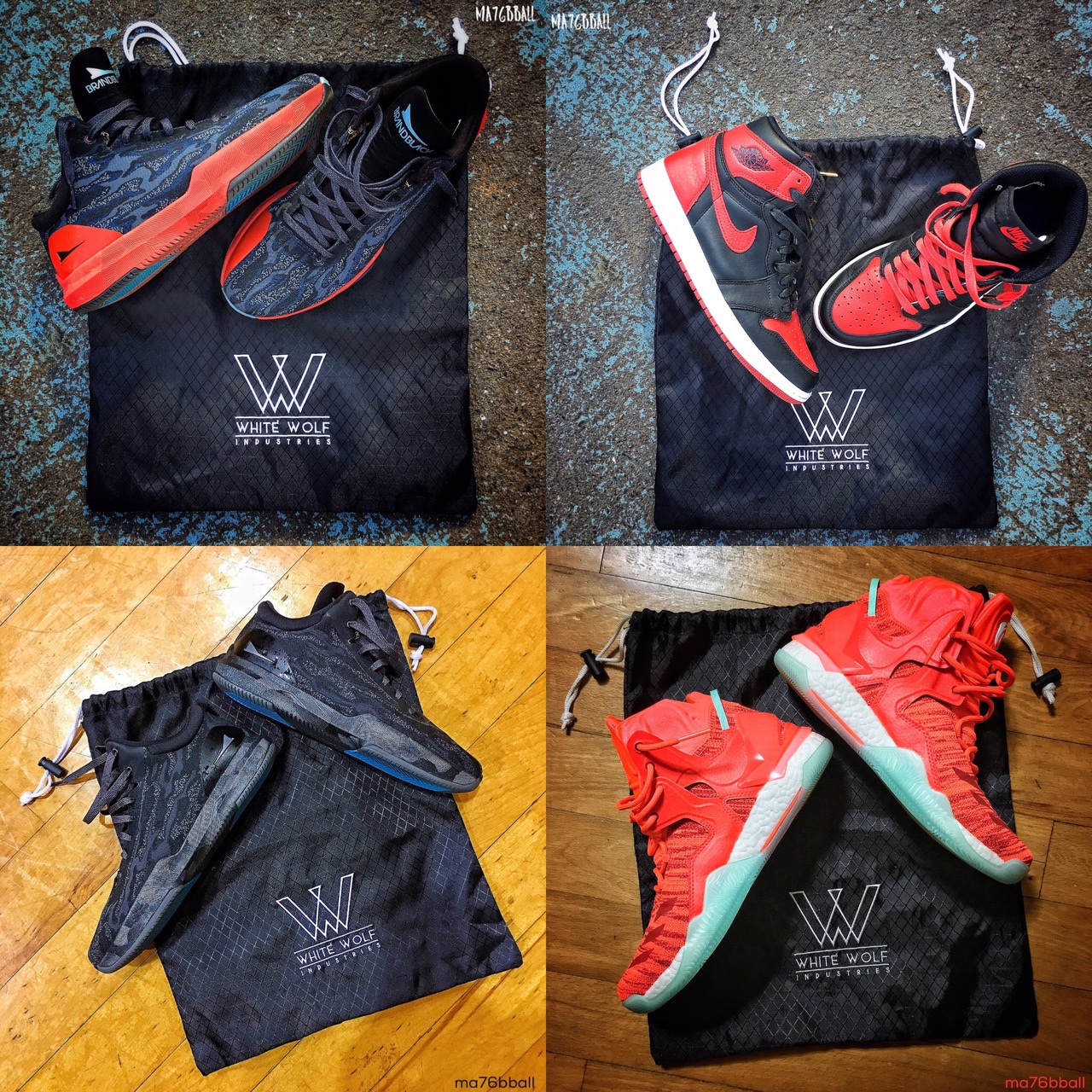 You work with companies like DMG Laces, Antidot, KeepMeFresh, and Brandblack. How did you get into promoting for these brands? Does it help pay for your sneaker habit?

I’ve always enjoyed testing products. I did the same when I worked in the snowboard industry. I enjoy the process of using a variety of products, putting them to use, and sharing my findings with the public and to the companies themselves. As my account grew I approached various companies and asked if I could simply test their products from a ballers point of view. They obliged then things took off from there. It’s been an amazing experience so far and I hope it continues to expand. It does not pay directly for kicks but they are products that I believe in and use personally so I guess it saves me from having to pay for them otherwise. 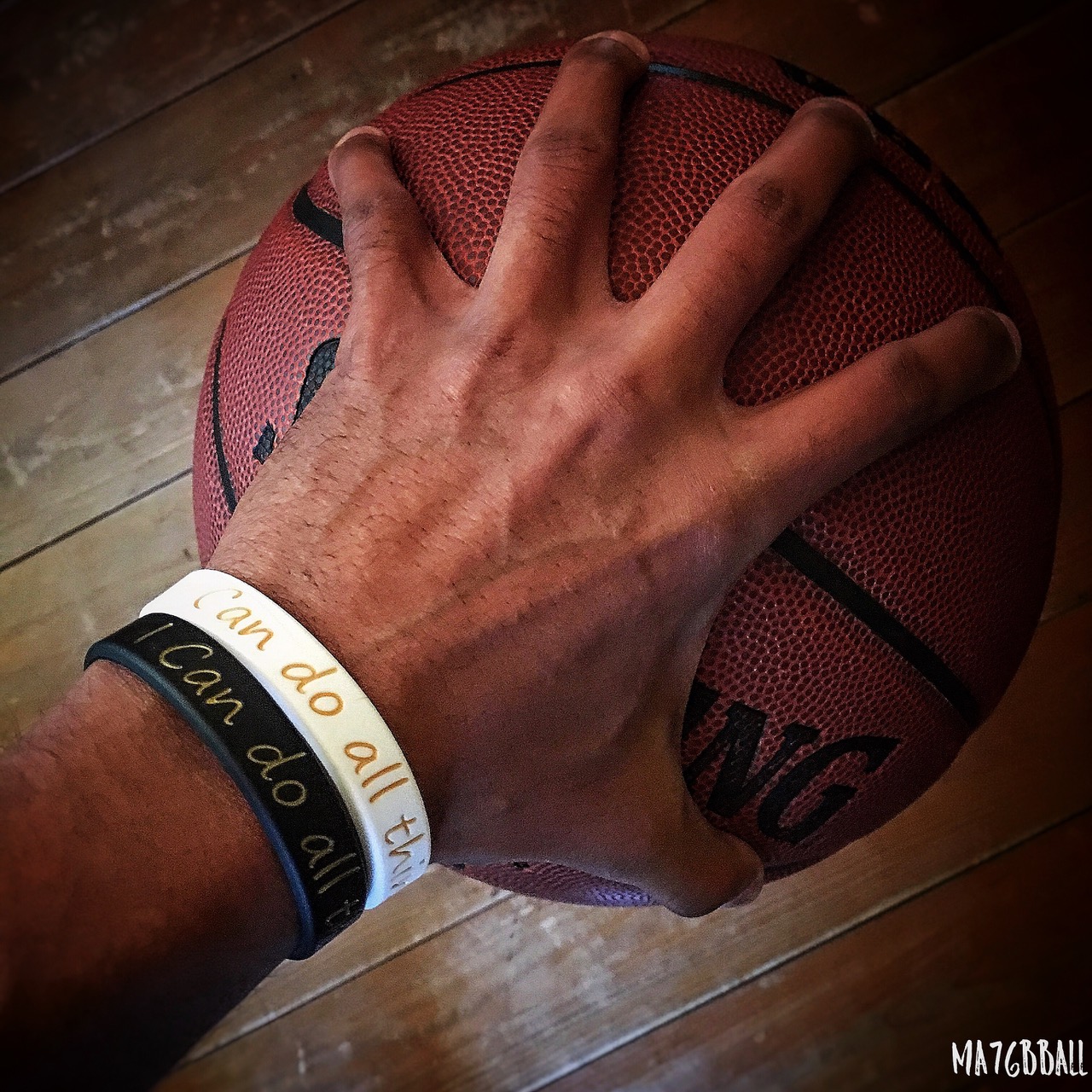 We’ve both been through some s**t, but you gave me some advice the other day that really got me thinking. Would you mind sharing that advice? Additionally, how do you maintain your #positivevibes?

Most definitely! The advice was “People say bad things come in waves. I disagree. This is life. Accept the experience and search for the lesson that life is currently teaching you. Be like water my friend, be like water.” The last portion is obviously from Bruce Lee but the first portion is about acceptance. Don’t fight or resist. You are in the midst of an experience that can be met with a negative mindset – or, open your eyes, welcome it, and learn from it!

In regards to #positivevibes, it surges through me due to past and current experiences. Certain deaths in the family still affect me to this day. On the opposite end of the spectrum are my kids. It was kind of late when I truly realized how much they depend on me so I can’t afford to have a “bad day.” Of course, rough patches will always come and go but I’ve got to give it my all now or I might miss out on a great opportunity to further their future. That fire, that hunger, is growing and I want to spread that vibe to others. 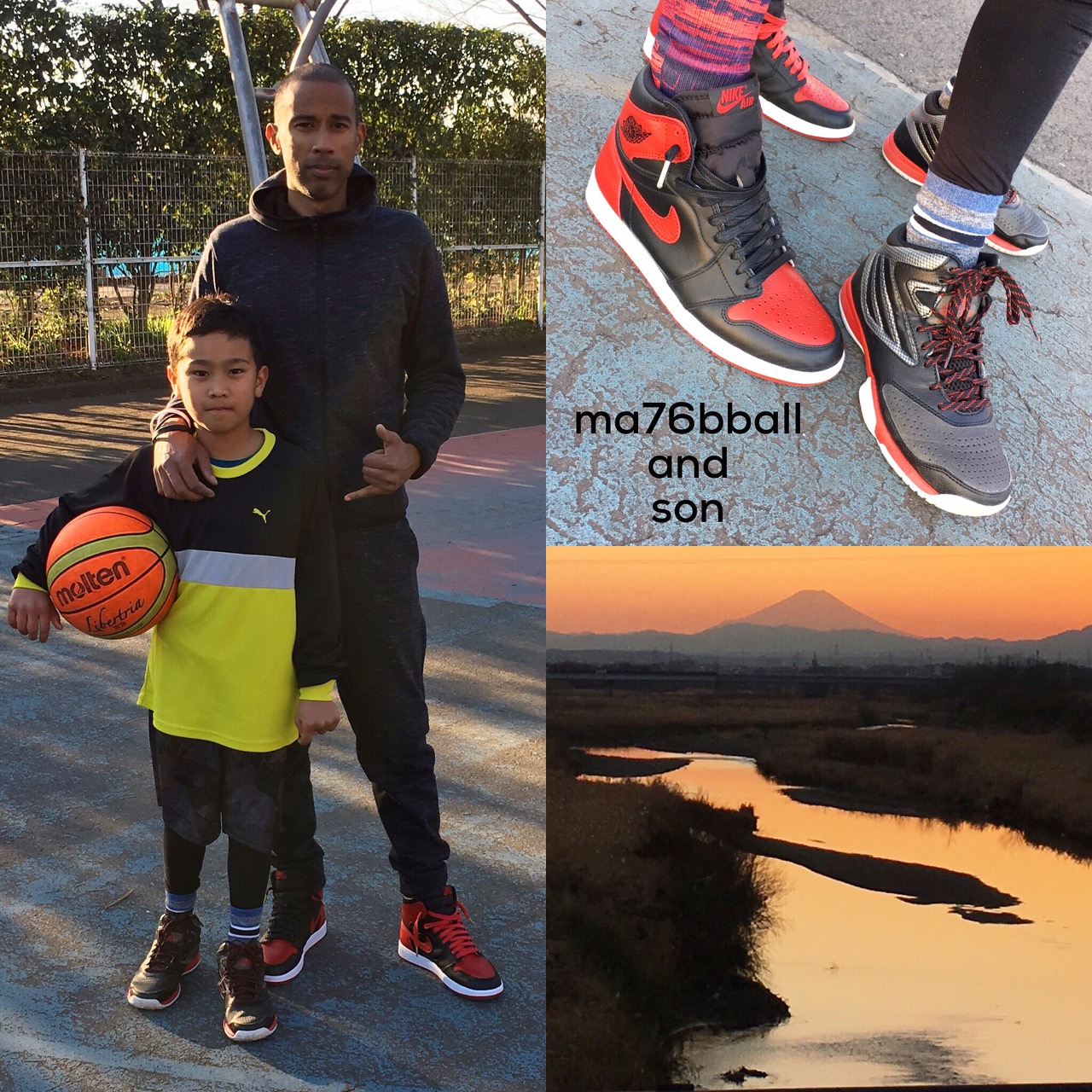 I hope you’re healing from your most recent injury, a popped patellar tendon. You, Duke, Stan, Chris, you elder statesmen put your bodies on the line for basketball. Have you had to sacrifice more than just ankles and knees for basketball?

I’ve been playing basketball for 26 years now and I owe her a lot. She is my friend, shoulder to lean on, and my psychiatrist. I’ve sacrificed sprained ankles, torn ligaments in both thumbs and now a ruptured patellar tendon. But the biggest sacrifice has been less family time during my vert training. Sometimes that’s how it rolls but you have to make sacrifices in order to meet certain goals. But it’s worth it. My son is stoked with what I achieved before the injury so when the time is right I’ll be right back at it — head first.

Finally, what’re you wearing off court and hooping in lately? Do you have a best performer of 2017 so far?

Off court I wear the BrandBlack J.Crossover 2.5, Kobe XI, my AJ1 Bred, and a few others. On court, one choice: the Brandblack Rare Metal. Done deal! Thank you for the opportunity to communicate with your readers and a major salute to Nightwing2303. He played a large role in creating the spark to do what I’m doing now.

Thank you for taking the time to spread positivity. Cheers!

You can find Michy Asquith on nearly every social media platform @ ma76bball and on YouTube here. 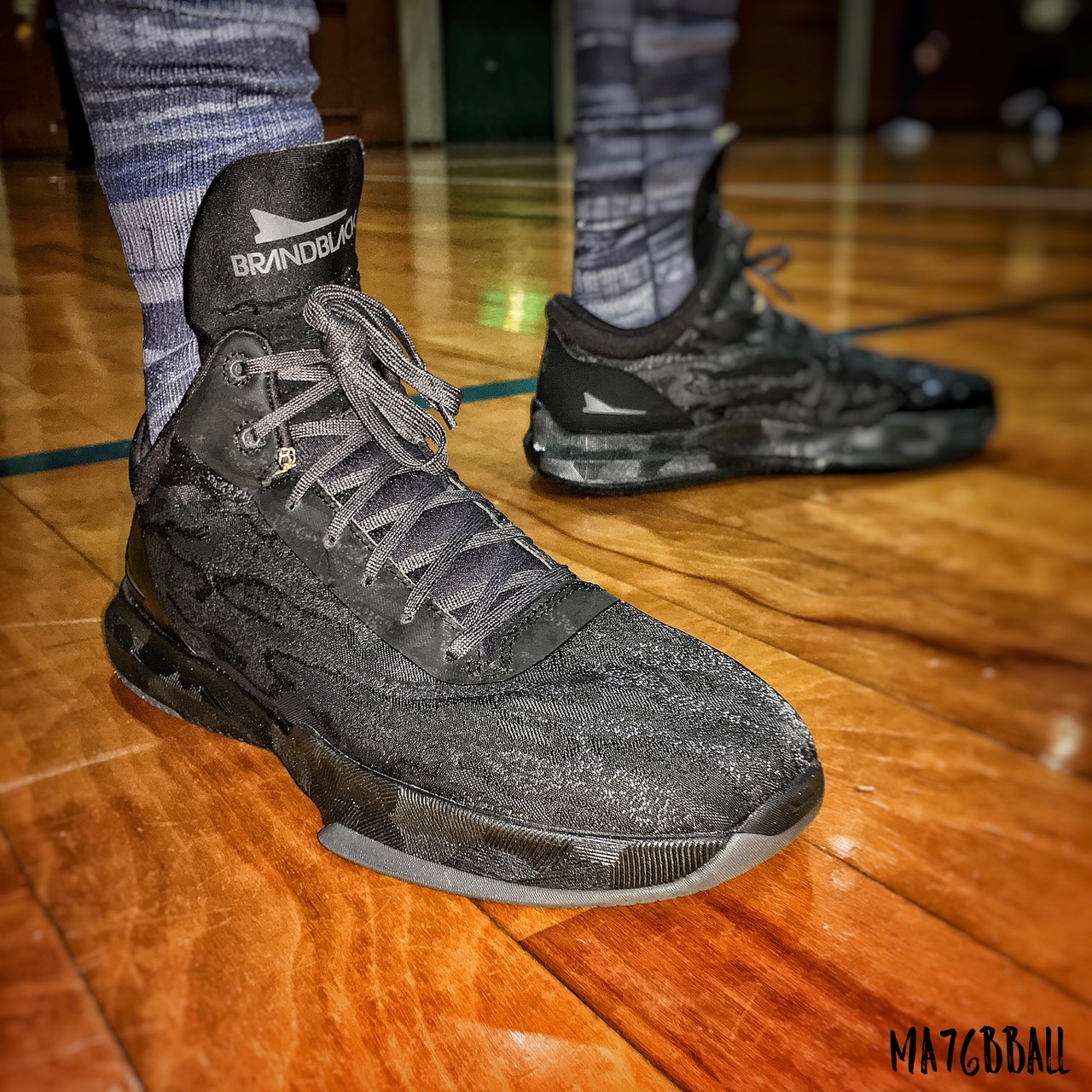