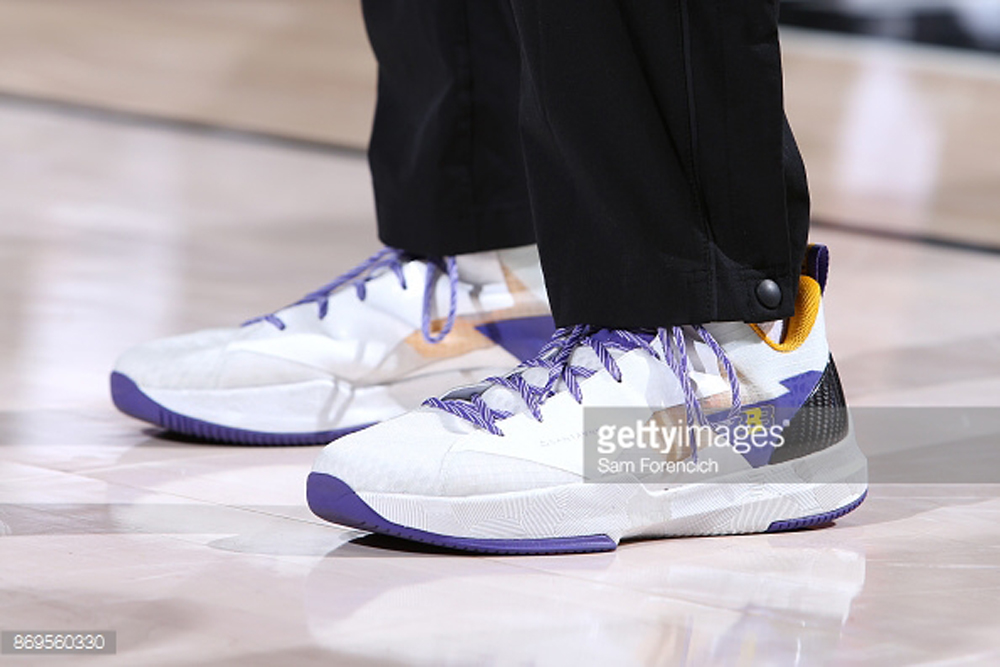 The Lakers rookie has finally worn his signature sneaker in hometown colors.

We’ve seen this colorway teased in a rendering but this is the first time we get to see it as a physical shoe. Well, at least an image of the physical shoe.

Much like the white version of the BBB ZO2 Prime Remix, this shoe looks pretty clean. While Kobe was releasing signature after signature during his tenure with the Lakers, shoes releasing in Lakers colorways become fairly nonexistent. Team colors have become nonexistent in general in leu of brightly colored monochromatic versions, which are nice and all, but nothing beats seeing signature athletes’ shoes dropping in their team colors.

It’s been said that this version of the shoe will release. It is still unclear if that means there will be another pre-order or if the shoe will be manufactured then sold.

Either way, let us know what you think about the Lakers edition of the BBB ZO2 Prime Remix — and if you’d grab a pair had it been priced a little lower than the $495 it is currently listed for.