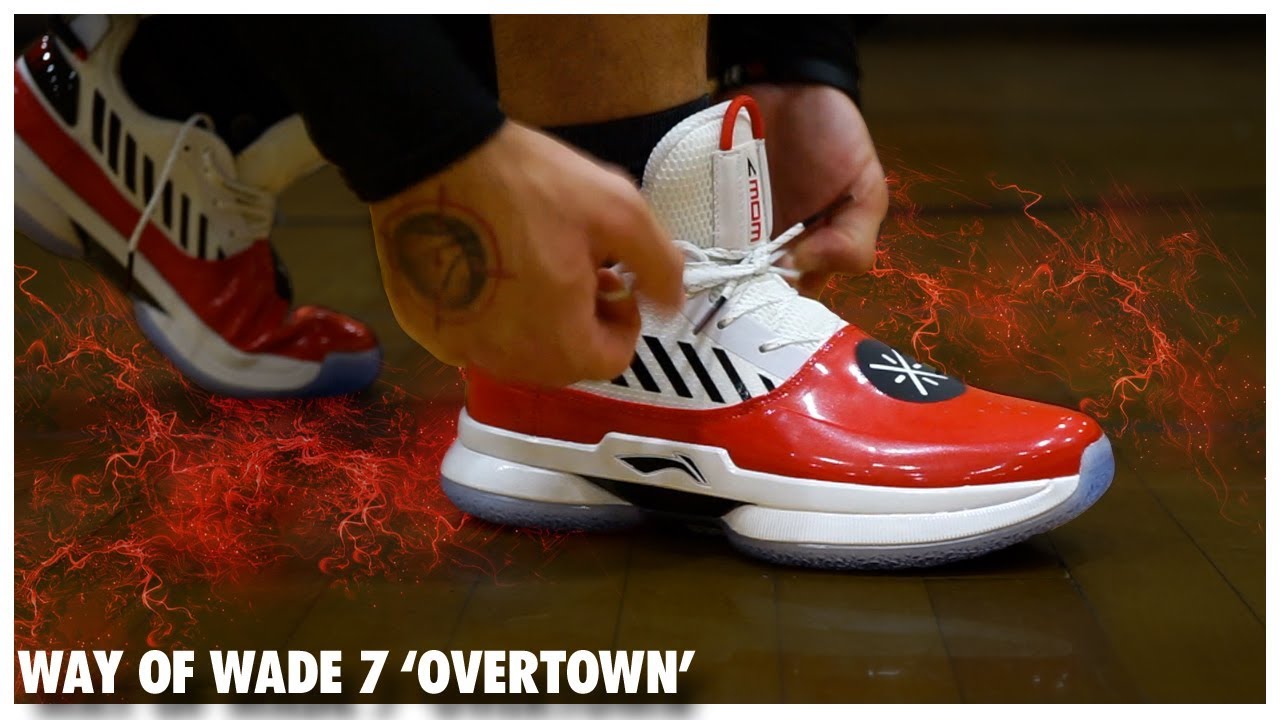 The Li-Ning Way of Wade 7 ‘Overtown’ has released and we’ve put together a detailed look and review for anyone interested in the sneaker.

There are a few minor differences between the original Announcement edition and the recently released Overtown colorway of Dwyane Wade’s Way of Wade 7.

Materials differ a bit between the two and the original drop feels like a nicer version of the shoe. That’s not to say the Overtown edition is poorly crafted, but it feels as if the Announcement version had a bit more time put into it.

I’m not certain if every colorway will differ, but we’ll have to wait and see.

If you’ve played in the Way of Wade 7, let us know your thoughts on them below in the comment section. The performance review on the shoe has been delayed due to injury and there is currently no time table as to when I can play again. It could be as soon as two weeks or as long as six. I’m already itching to get back on-court.

If you wanted to grab a pair of the Way of Wade 7 ‘Overtown’ you can find them available now at SunlightStation.com. Use promo code Nightwing2303 at checkout for a small discount.