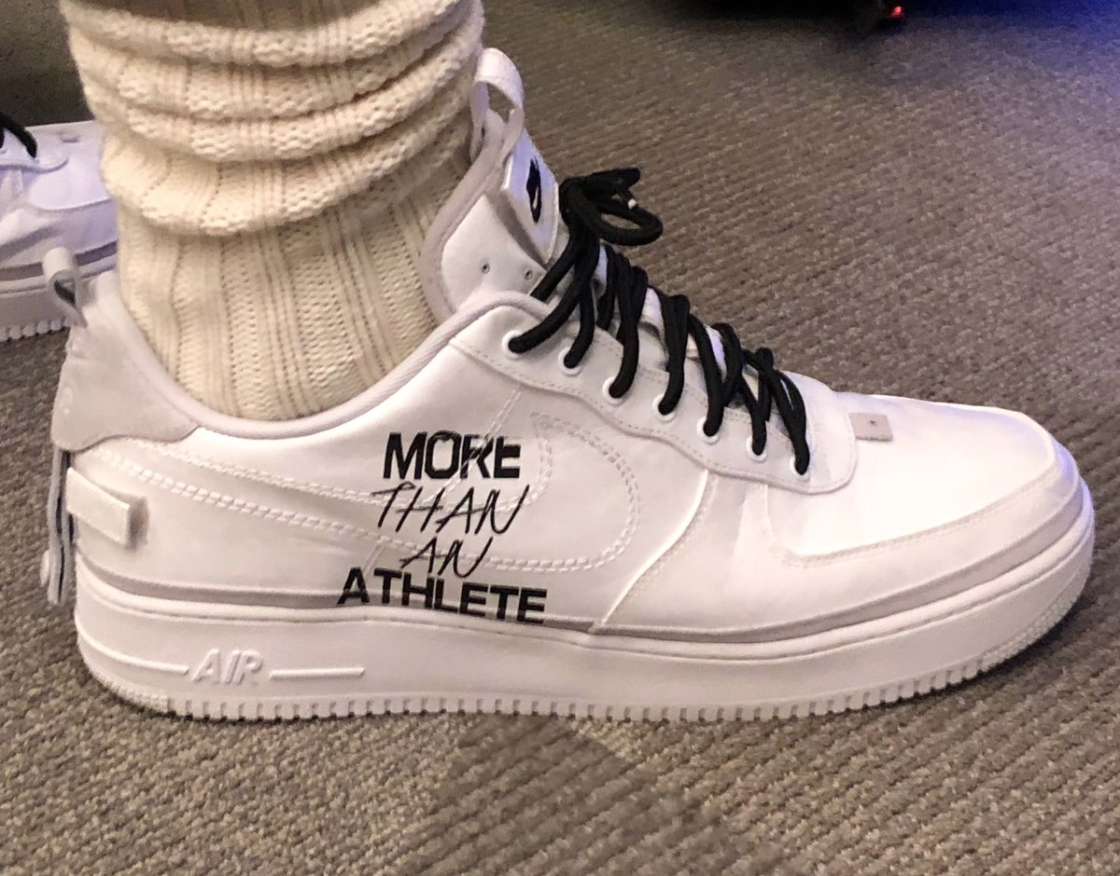 LeBron James was spotted last night in a custom Nike Air Force 1 Low that featured “More Than an Athlete” emblazoned on its upper.

LeBron’s custom is widely thought to be a subtle jab at Fox News anchor Laura Ingraham; just days ago, she told LeBron and Kevin Durant to “shut up and dribble” when it comes to social and political issues. Her comment was made after watching an episode of Rolling with the Champion on the UNINTERRUPTED which featured the two NBA stars.

In addition to the sneaker, James also took to Instagram and posted a picture that read “I AM MORE THAN AN ATHLETE” with the hashtag #wewillnotshutupanddribble as the caption.

Ingraham’s comments have garnered support for LeBron and Durant from dozens of athletes in the NBA, as well as people all over the world. When asked about Ingraham’s comments at All-Star, LeBron responded in turn (you can watch them below).

To watch the episode of Rolling with the Champion in question click here. To learn more about the war of words between Ingraham’s comments, check out the video below.