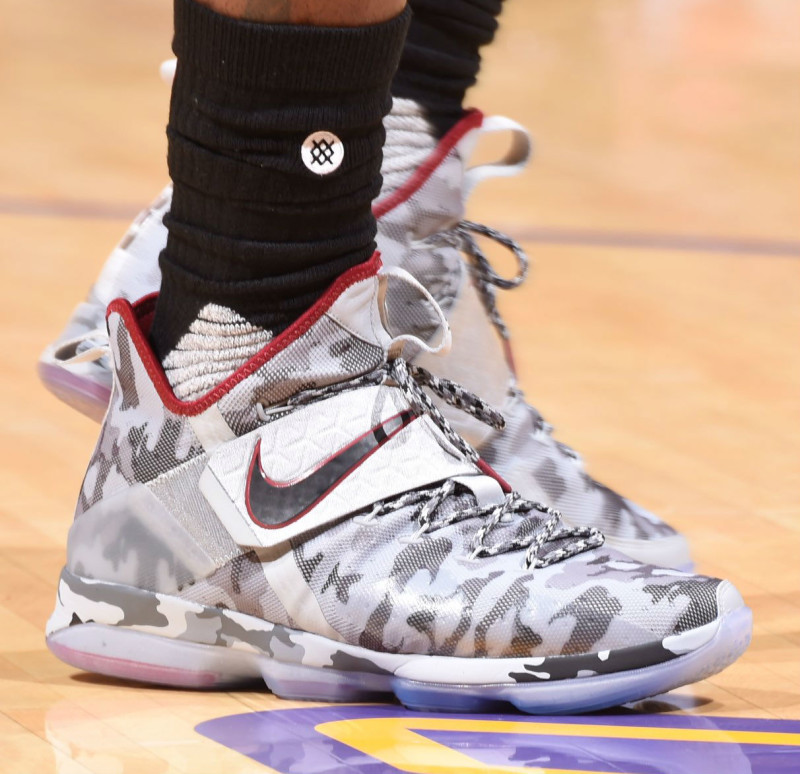 Last night, the Cleveland Cavaliers took on the Los Angeles Lakers in Staples Center where LeBron James debuted a new colorway of his fourteenth signature model.

Dubbed the ‘Camo’ colorway, these use an arctic camo design on the upper and midsole. A splash of color can be found with the red inner lining and red outlined black Nike Swoosh placed on the strap.

While these are officially being named the ‘Camo’ LeBron 14s, they could easily double as an Ohio State colorway with its red, black, and grey color scheme, as well as its camo design which we’ve seen on past Ohio State LeBron sneakers.

Official release information on this particular colorway has not been announced but we’ll keep you updated on any upcoming information. In the meantime, let us know whether or not you would be interested in copping a pair of these ‘Camo’ LeBron 14s in the comments section below.

Check out our Performance Review on the Nike LeBron 14. 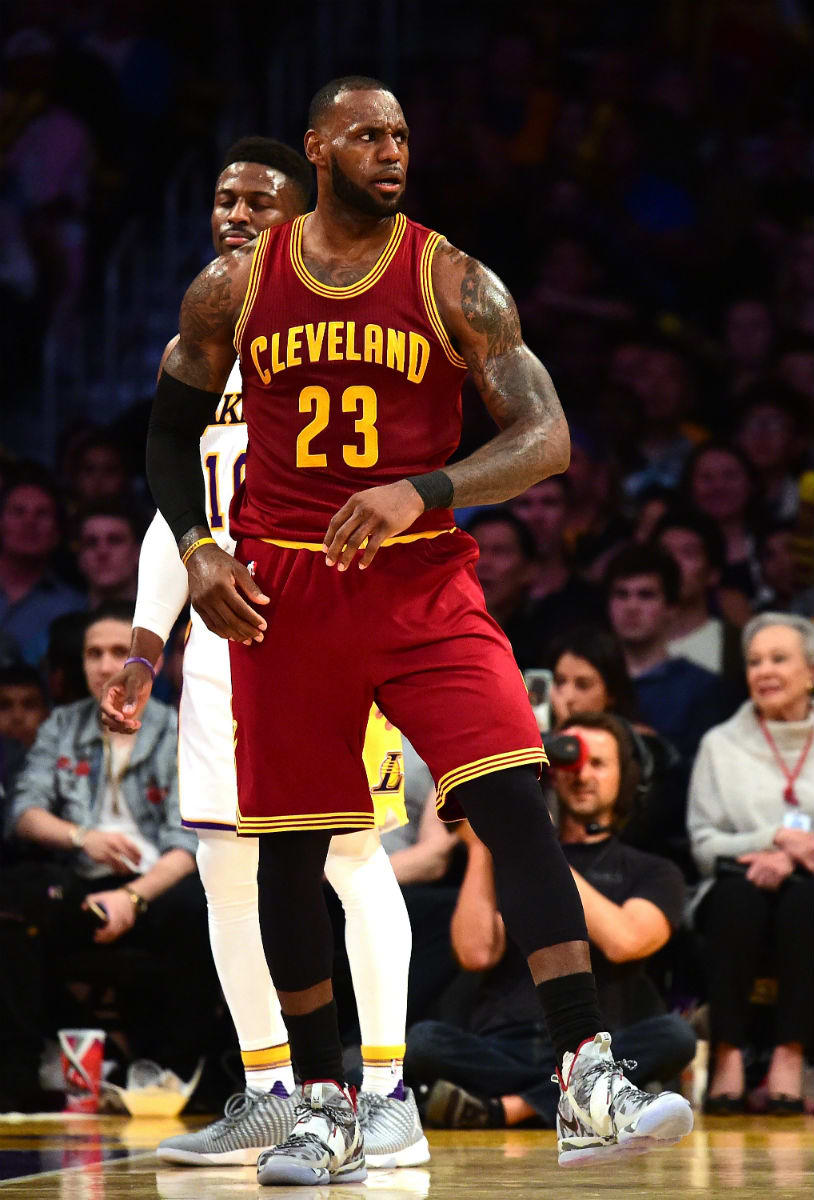