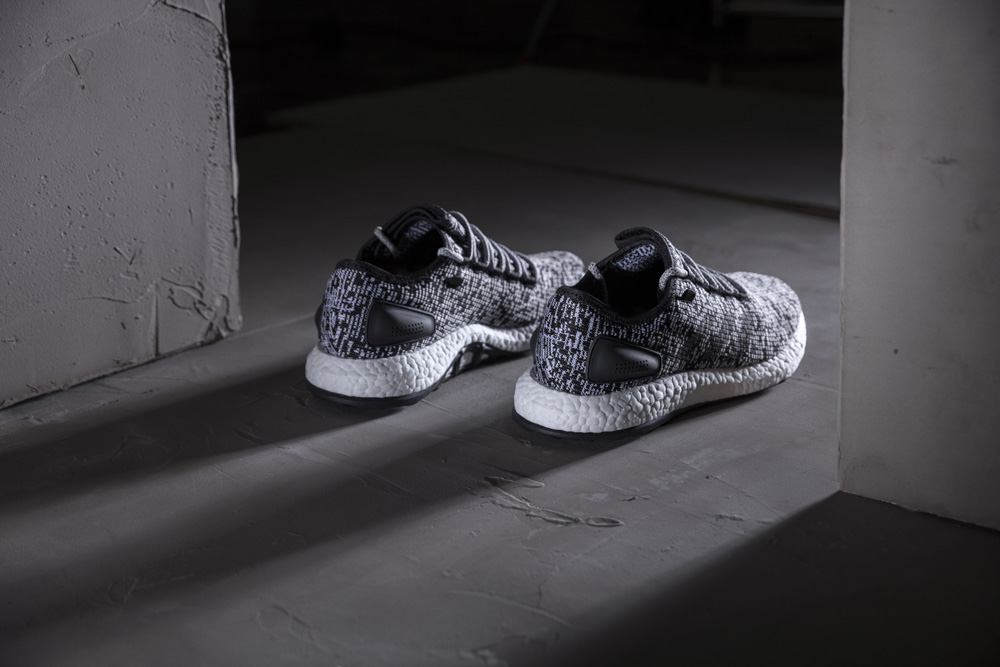 The adidas PureBoost was my first casual experience with BOOST technology. After it, there was no turning back.

The previous iterations of the line were designed with casual appeal in mind but the latest version looks to enhance things to a true performance level. These are now within adidas’ Running category, not just running inspired. Stephan Schneider, PureBOOST product manager at adidas said:

“Runners all over the world are making cities their playground and use their runs as the ultimate way to explore. With PureBOOST we wanted to give these runners the ultimate tool to push their own boundaries, and take on the city head first.”

This edition of the PureBOOST features an 8mm heel lift, a wider platform in the forefoot offering support when making turns, and an outsole that is built with street running in mind. There is additional rubber extended along the medial side within the arch for support and adidas continues its use of the stretch web rubber outsole design. There is a brand new knit upper that is said to incorporate a highly adaptive upper that moves with the runner’s gait. Lastly, there is a double wrap tongue construction (like the adidas Tubular Shadow Knit) which is supposed to provide support but also allow the foot to move in unison with the upper.

If you’re interested in grabbing a pair of the new adidas PureBOOST then there are two early colorways coming to adidas.com. The black/white pair will be available on January 18 while the all black pair is scheduled for a January 25 release. Retail is set at $140.

Let us know what you think of adidas’ latest offering and stay tuned for updates on releases. 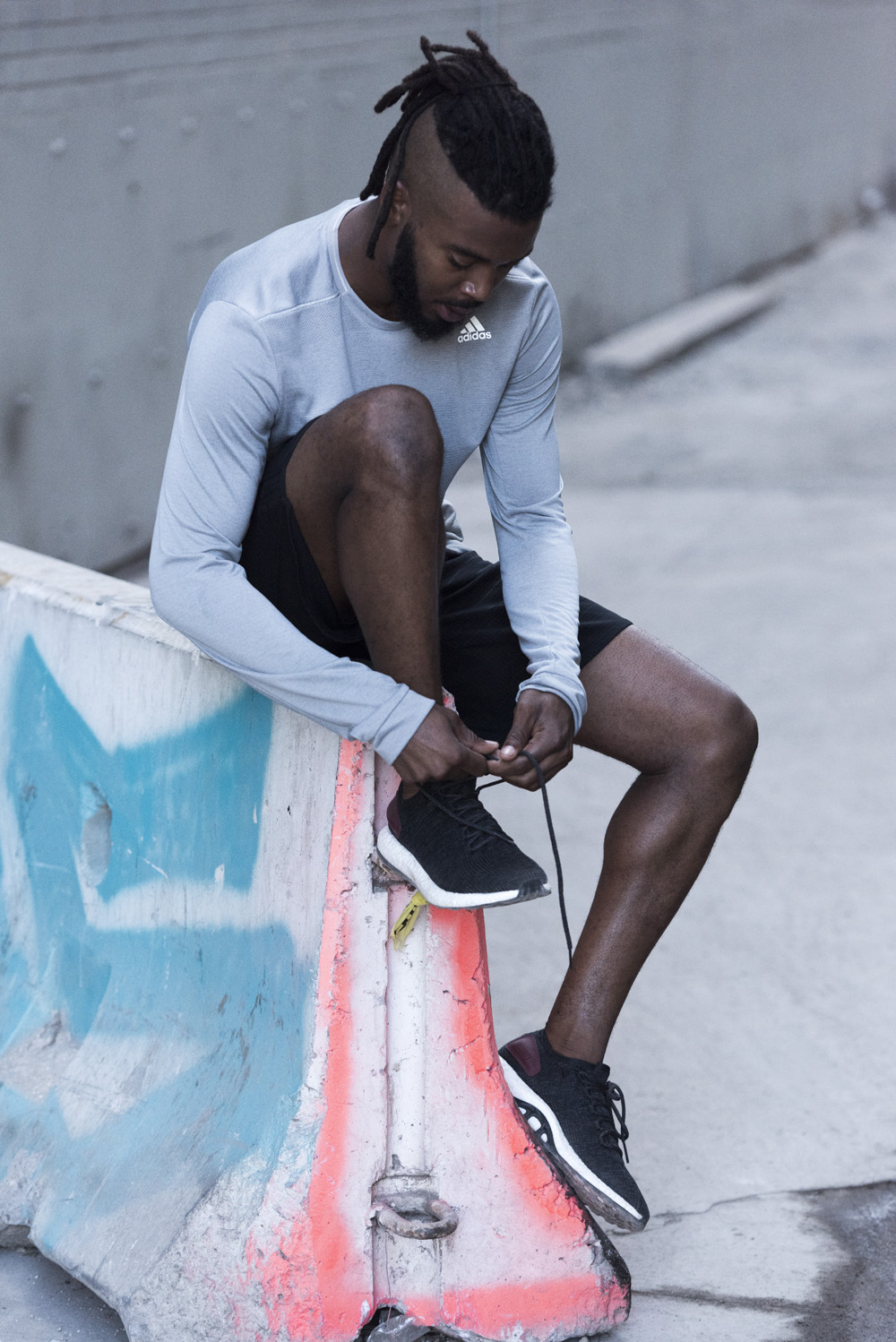 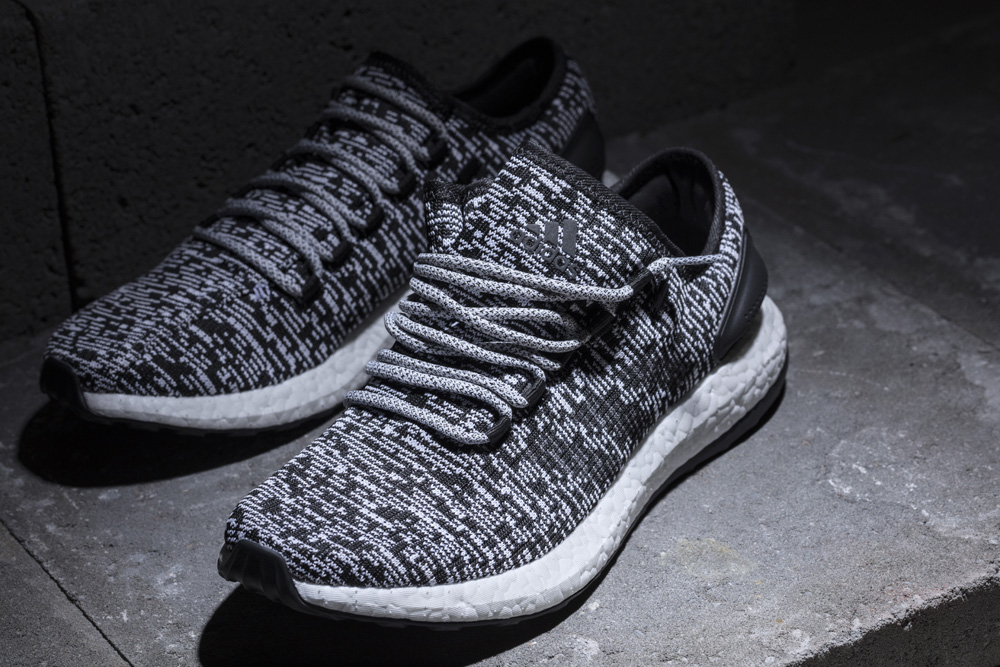 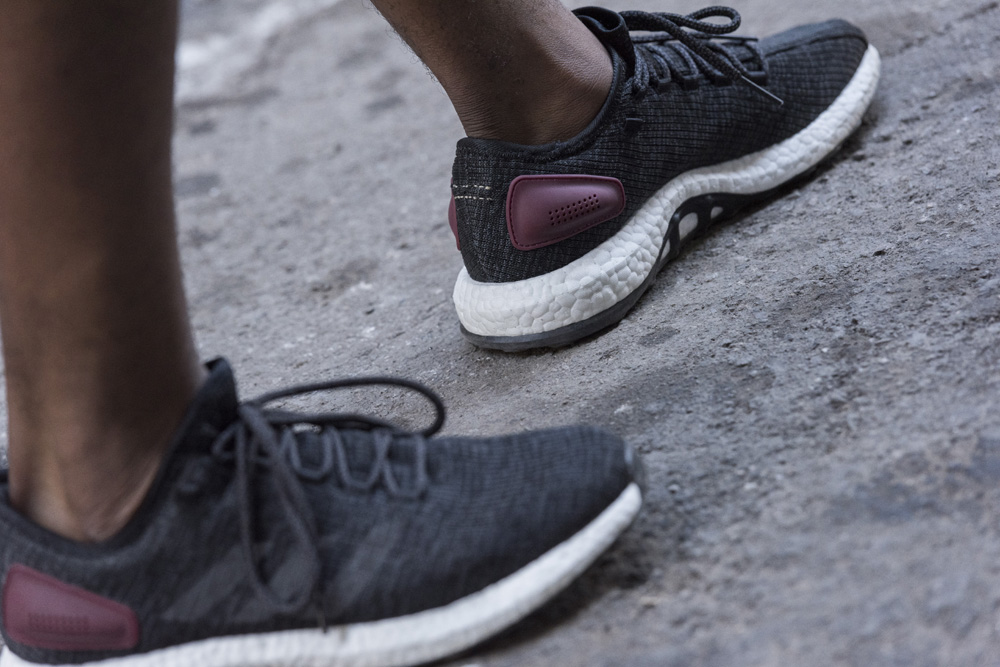 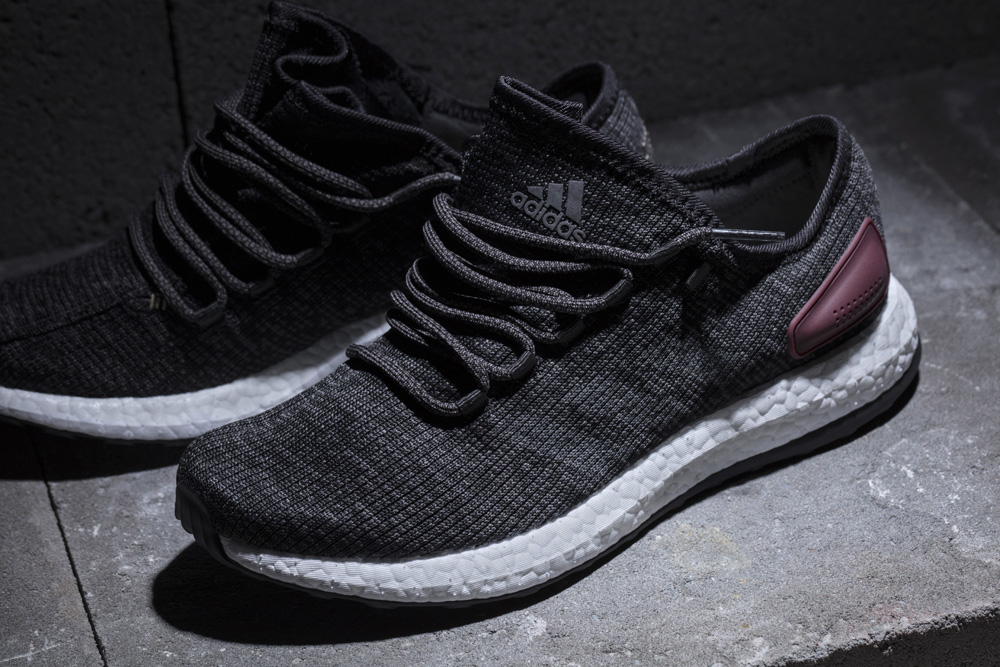