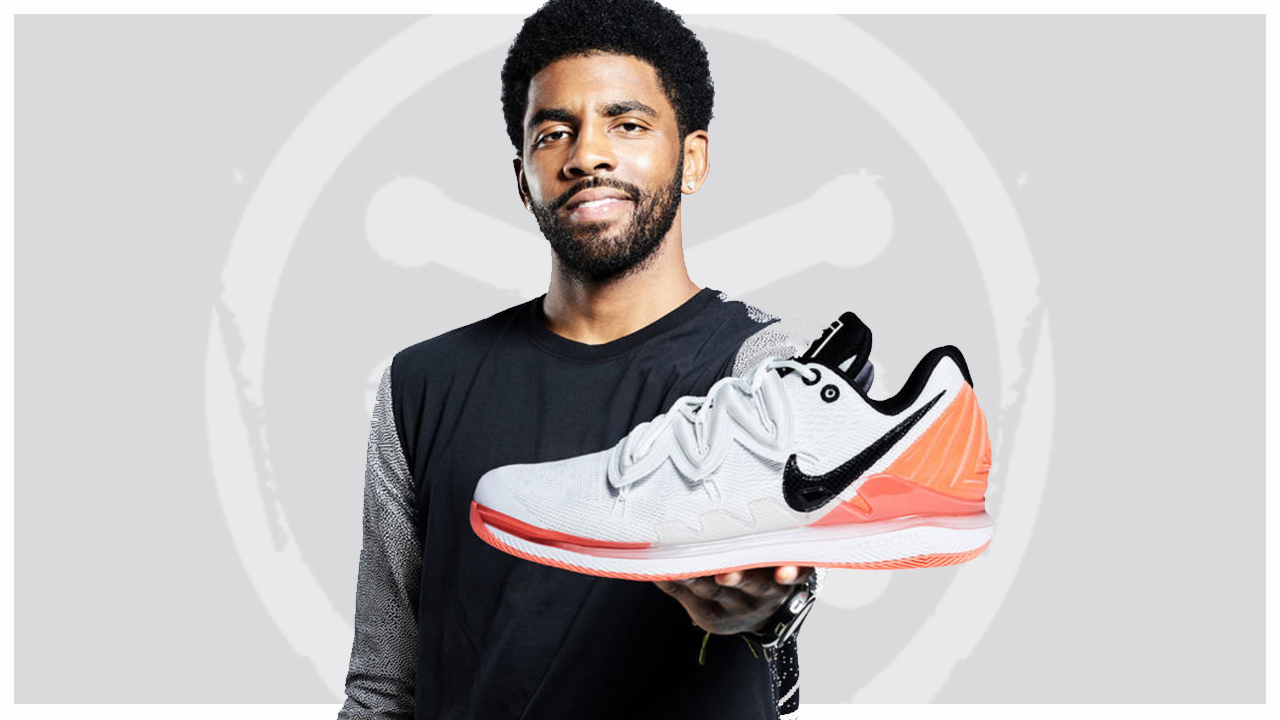 Kyrie Irving and Nick Kyrgios have teamed up to introduce the Nike Vapor X ‘Kyrie 5’. 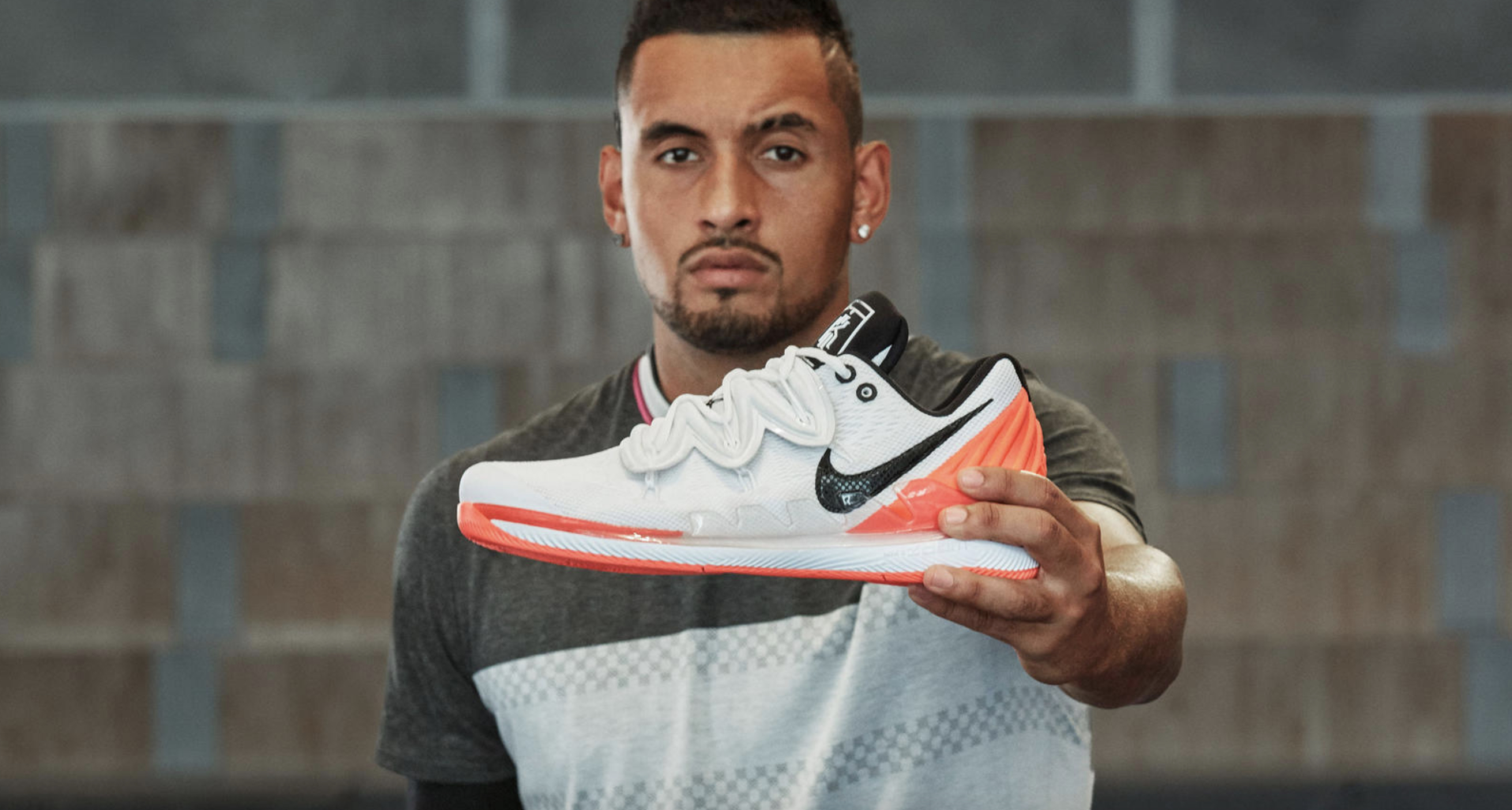 Sharing a mutual respect due to their roots in Australia, tennis pro Nick Kyrgios and Kyrie Irving have teamed up on the latest colorway of the Nike Vapor X. 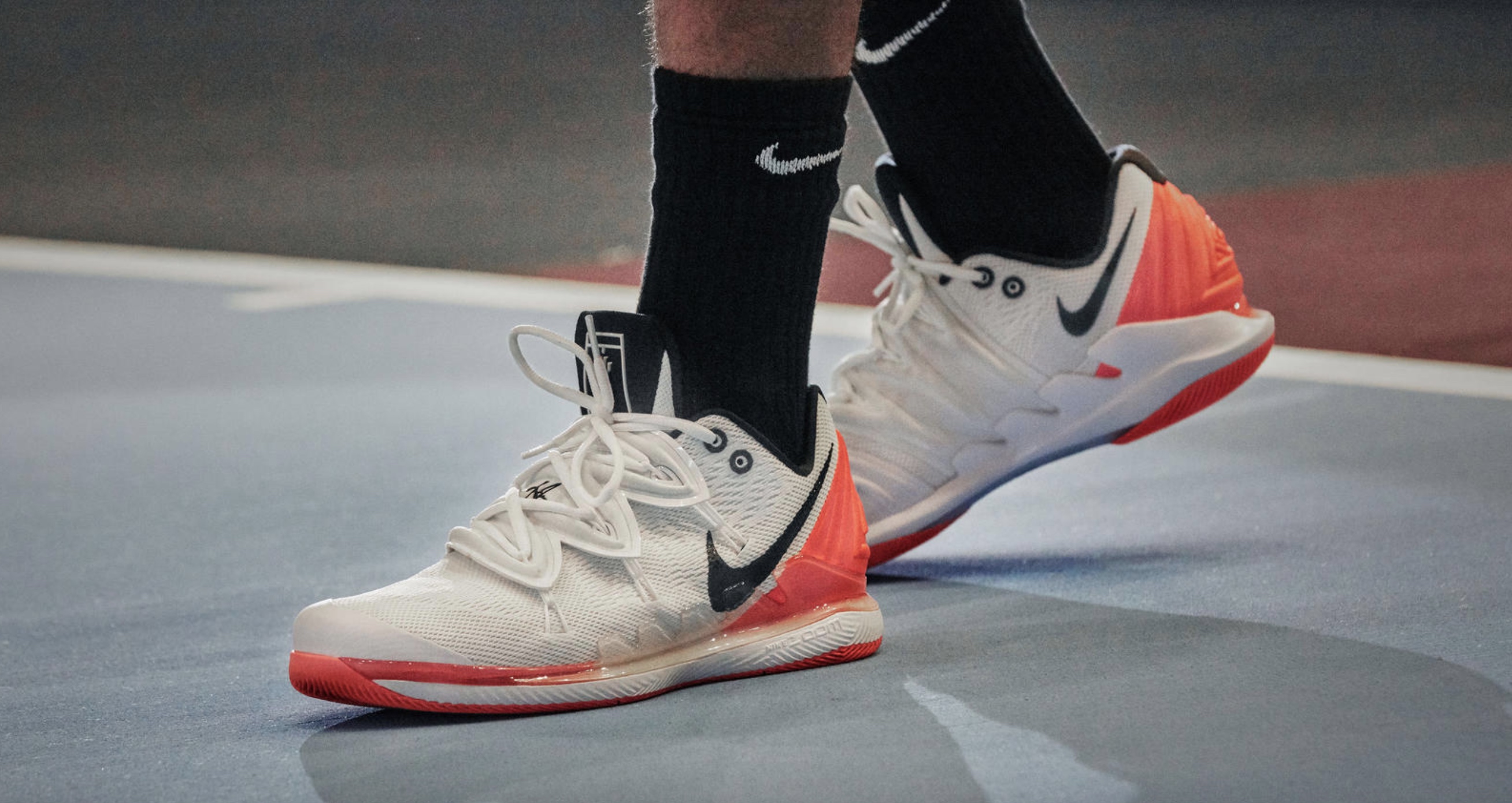 The sneaker itself features a clean white mesh build with Infrared-like accents. Irving’s logo can be seen on the tongue area along with portions of the Kyrie 5 in the form of the rear heel panel and flytrap lockdown system. All of which sit atop Nike’s Vapor X tooling, which includes a heel Zoom Air unit and durable outsole to sustain Kyrgios’ hardcourt play.

Kyrgios will wear the Kyrie 5-inspired Vapor X in Melbourne starting in January, while Irving wore a Kyrie 5 based on Kyrgios’ Vapor on January 7 against the Nets. The shoe is set to release on January 14 for $160, so stay tuned for additional release info as we continue to update the story. 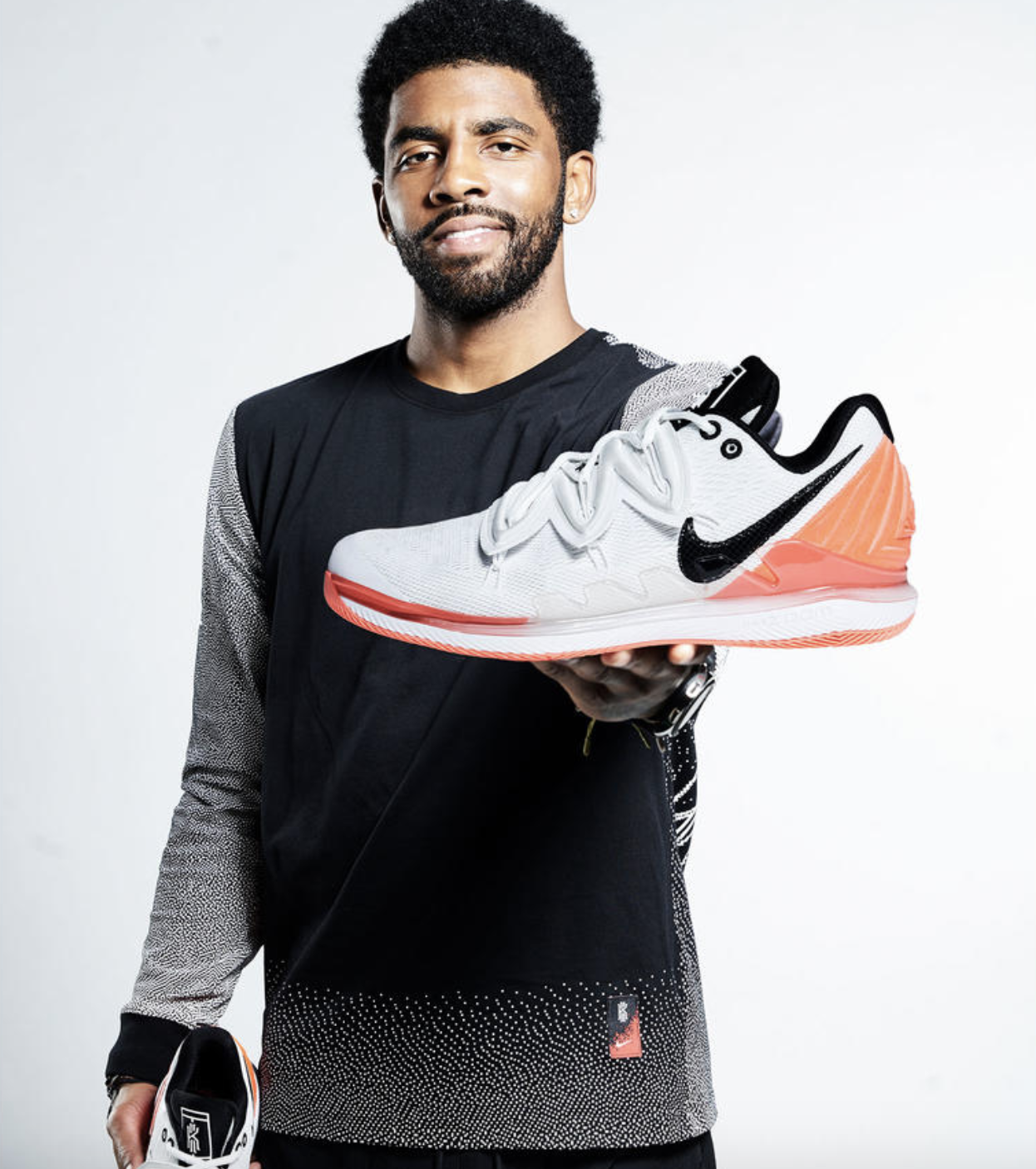