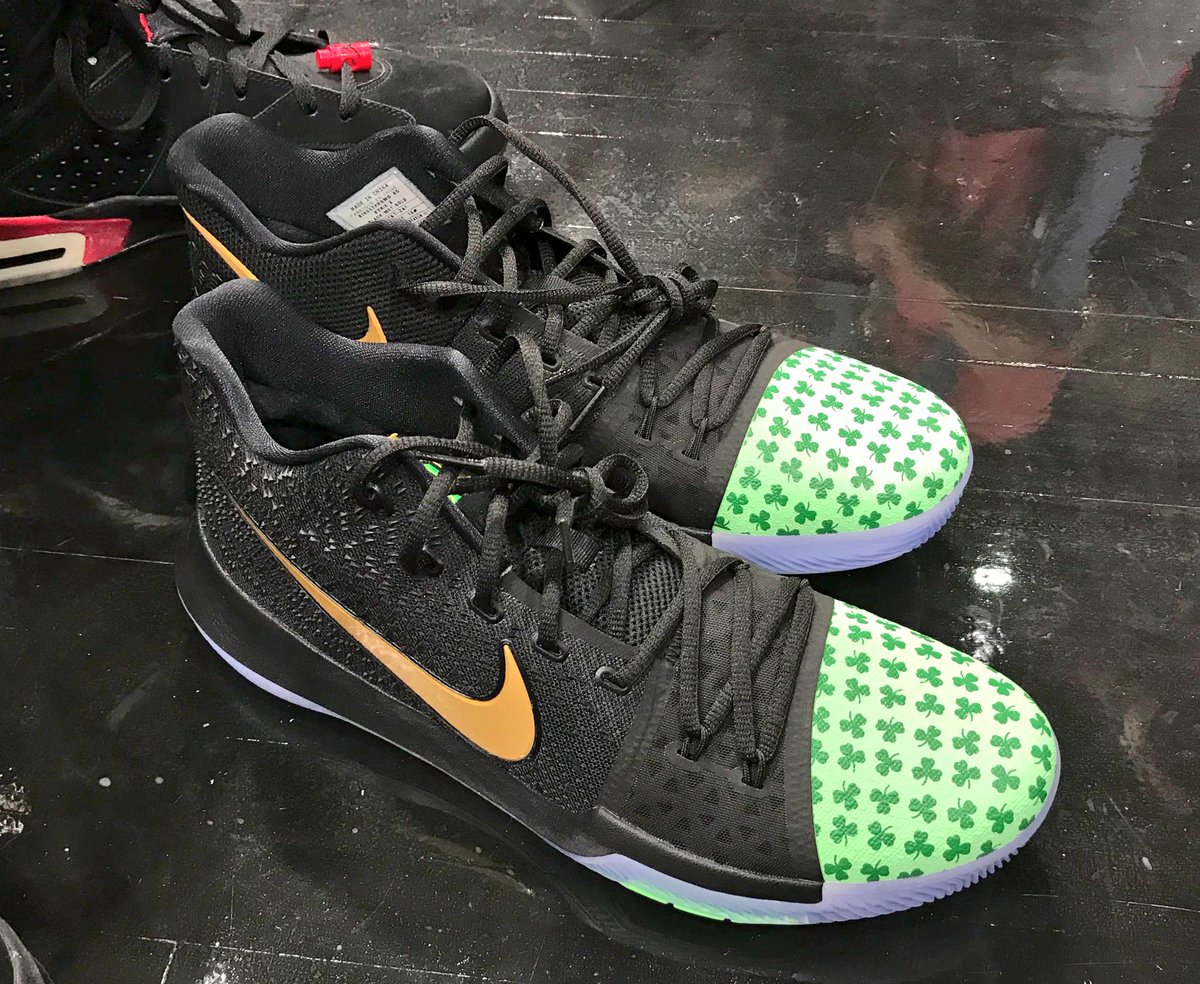 Just hours ahead of his Boston Celtics debut, Kyrie Irving warmed up in the first-ever Celtics PE of his third signature model, the Nike Kyrie 3.

Using a black and gold color scheme with a slightly tinted blue translucent outsole, this colorway of the Kyrie 3 seems pretty basic until you look at the toebox; it showcases a three-leaf clover pattern that screams #CelticPride.

We think it’s pretty safe to assume that Kyrie will be debuting this colorway tonight against his former team, the Cleveland Cavaliers. As for a release date, Nike has not announced whether or not these will remain exclusive or hit retail shelves.

Either way, keep it locked right here to WearTesters.com and we’ll keep you updated on any upcoming information.

@kyrieirving laces up for today’s @celtics shootaround in Cleveland! #NBAKicks 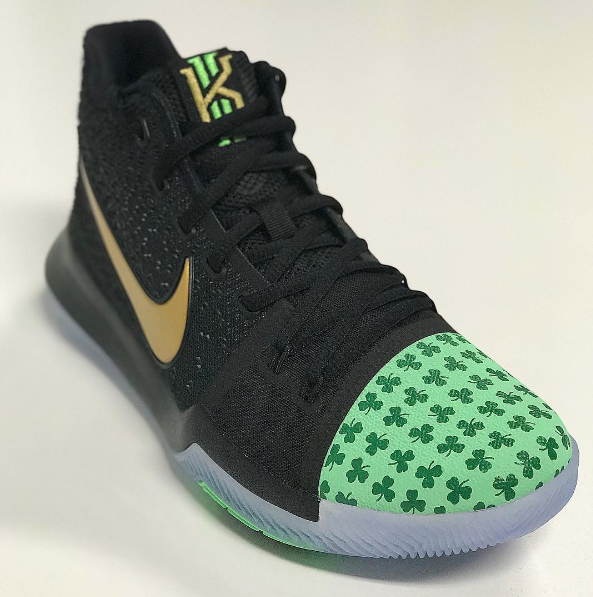 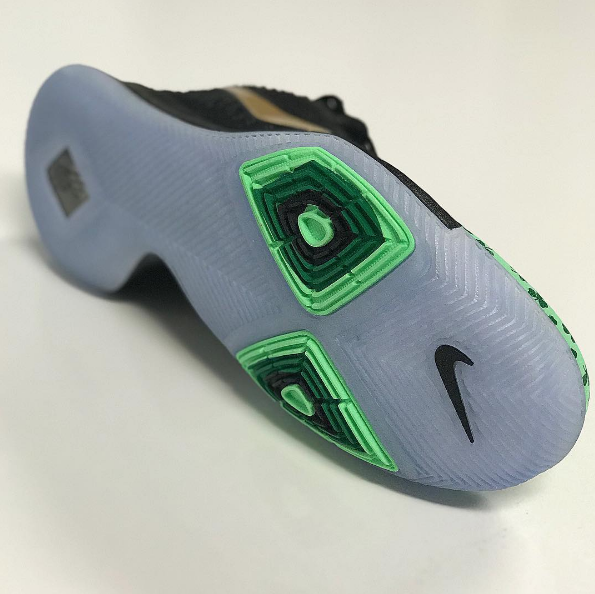 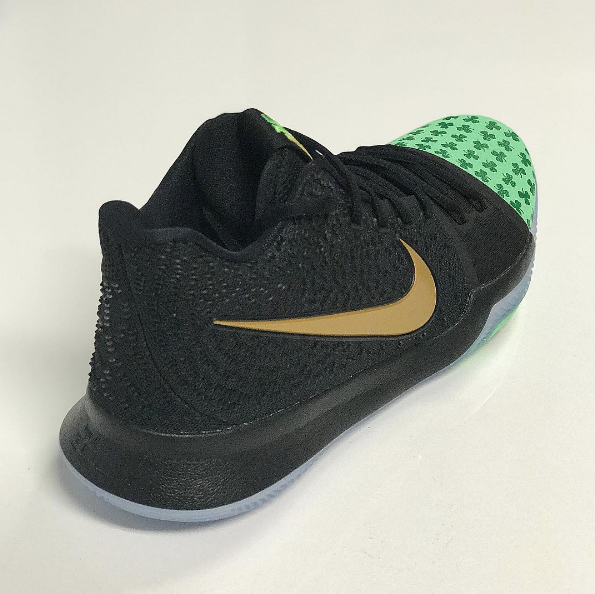