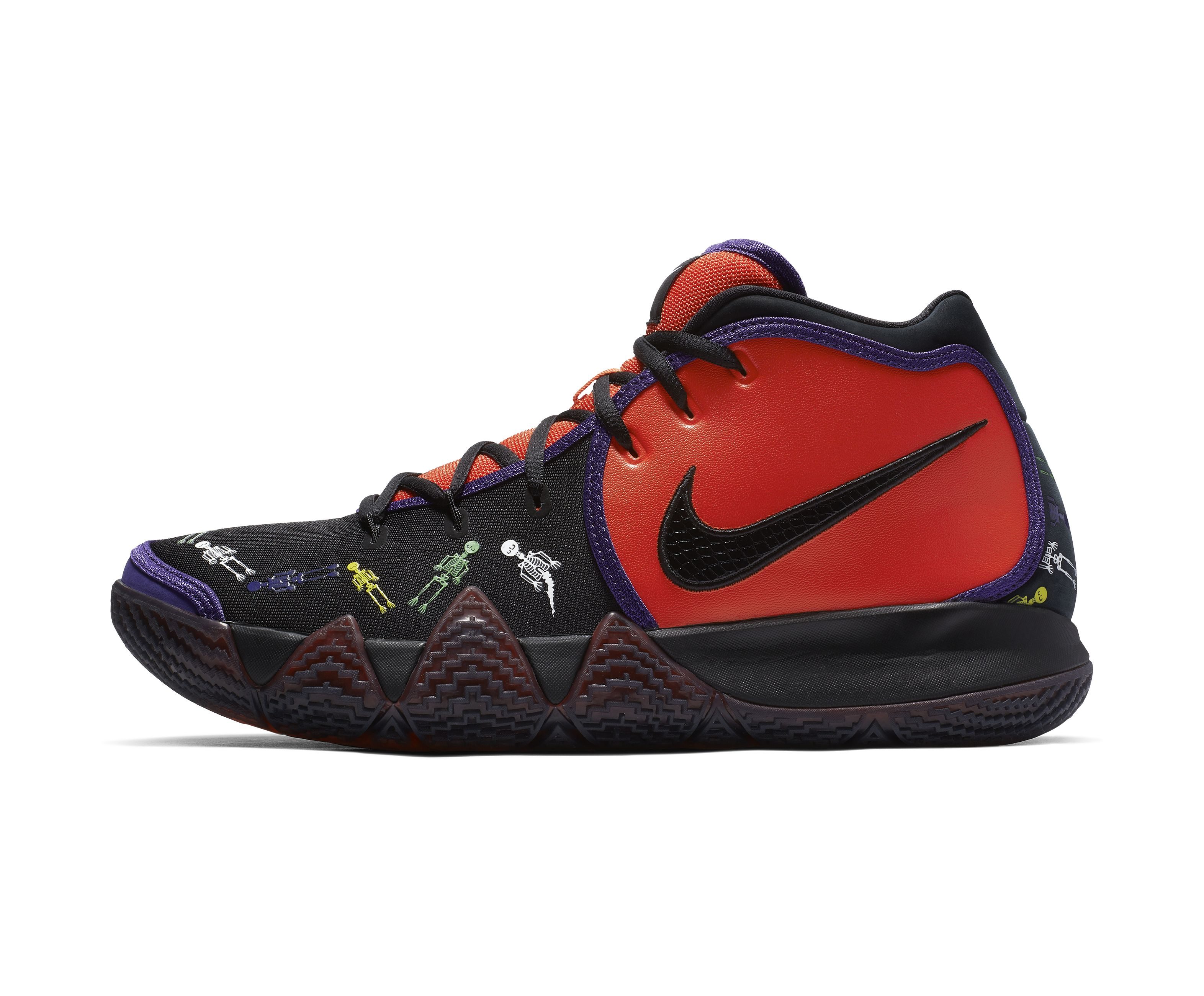 The slimed Kyrie 4 ‘Rage Green’, with its oozing Swoosh and striking outsoles, aren’t the only thing Kyrie Irving and Nike have planned for Halloween. Next up is the Kyrie 4 ‘Day of the Dead’.

While Irving has been wearing louder and louder Kyrie 4 PEs since the regular season started, he hasn’t worn anything like this Team Orange and multi-color build inspired by the Nike SB ‘Day of the Dead’. Done up in a striking contrasting colorway with embroidered skeletons and red-tinted outsoles for that “bloody shoes” effect, this Kyrie 4 will release as a super-limited Quickstrike, according to leaker US11.

There is no word on when this exactly this Kyrie 4 ‘Day of the Dead’ PE will release stateside so stay tuned for updates and keep Nike SNKRS close. Is this a Halloween shoe you would pick up? Let us know in the comments below. 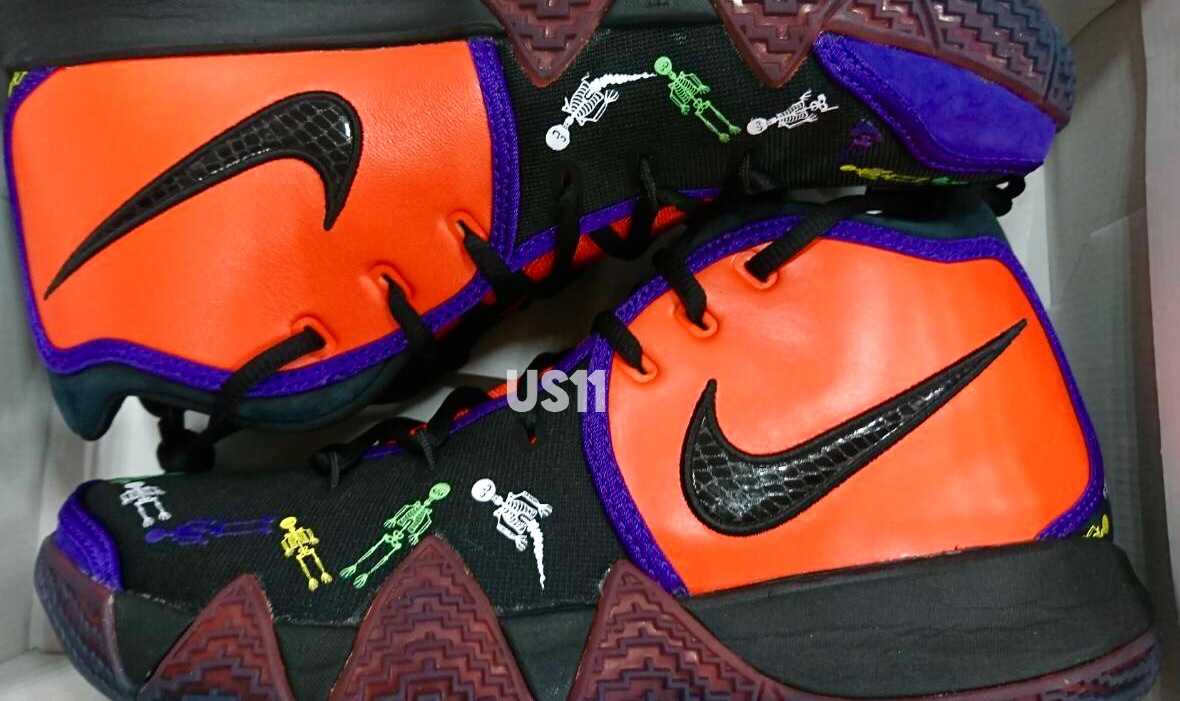