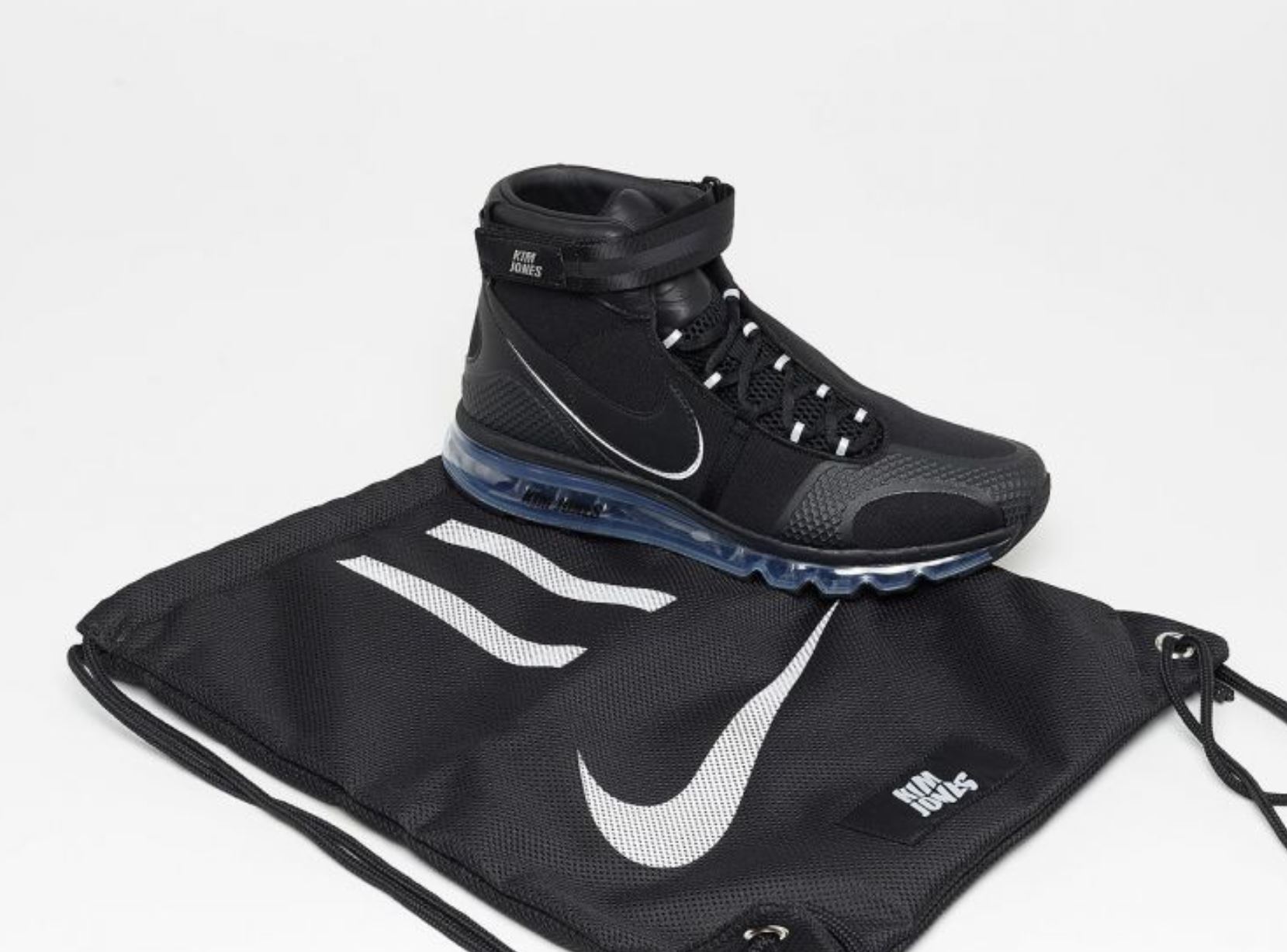 In May the Internets went wild over the super limited release of the Kim Jones NikeLab Air Max 360 Hi KJ in London at Dover Street Market. Now, the shoe is getting a limited online release overseas in two colorways — one never-before-seen.

Now the Dior Homme creative director (and formerly the menswear director at Louis Vuitton), Kim Jones has his name emblazoned all over this new Air Max model; its on the strap and on the Air Max midsole (which was borrowed from the Air Max 2015).

The strap is an homage to the Nike Vandal — a favorite of Jones’ — and the wide ’80s-like Swoosh comes from the Nike Blazer. The outsole, which features a waffled traction pattern, appears to be inspired by some of Nike’s original sneakers and outsole technology.

This morning, German retailer Solebox unveiled a new colorway of the sneaker, which first appeared in triple white. This new triple black colorway and the triple white colorway will both go on sale on June 1 at approximately 9:00 AM in Germany (GMT+2). Retail is set at a whopping 200,00 € (approx. $230 USD) and the shoes come with a matching dustbag.

These sneakers may pop up at other overseas boutiques so keep your eyes open. We’ll update you if they appear Stateside.

What do you think of Kim Jones’ NikeLab Air Max 360 Hi KJ? Let us know in the comments below. 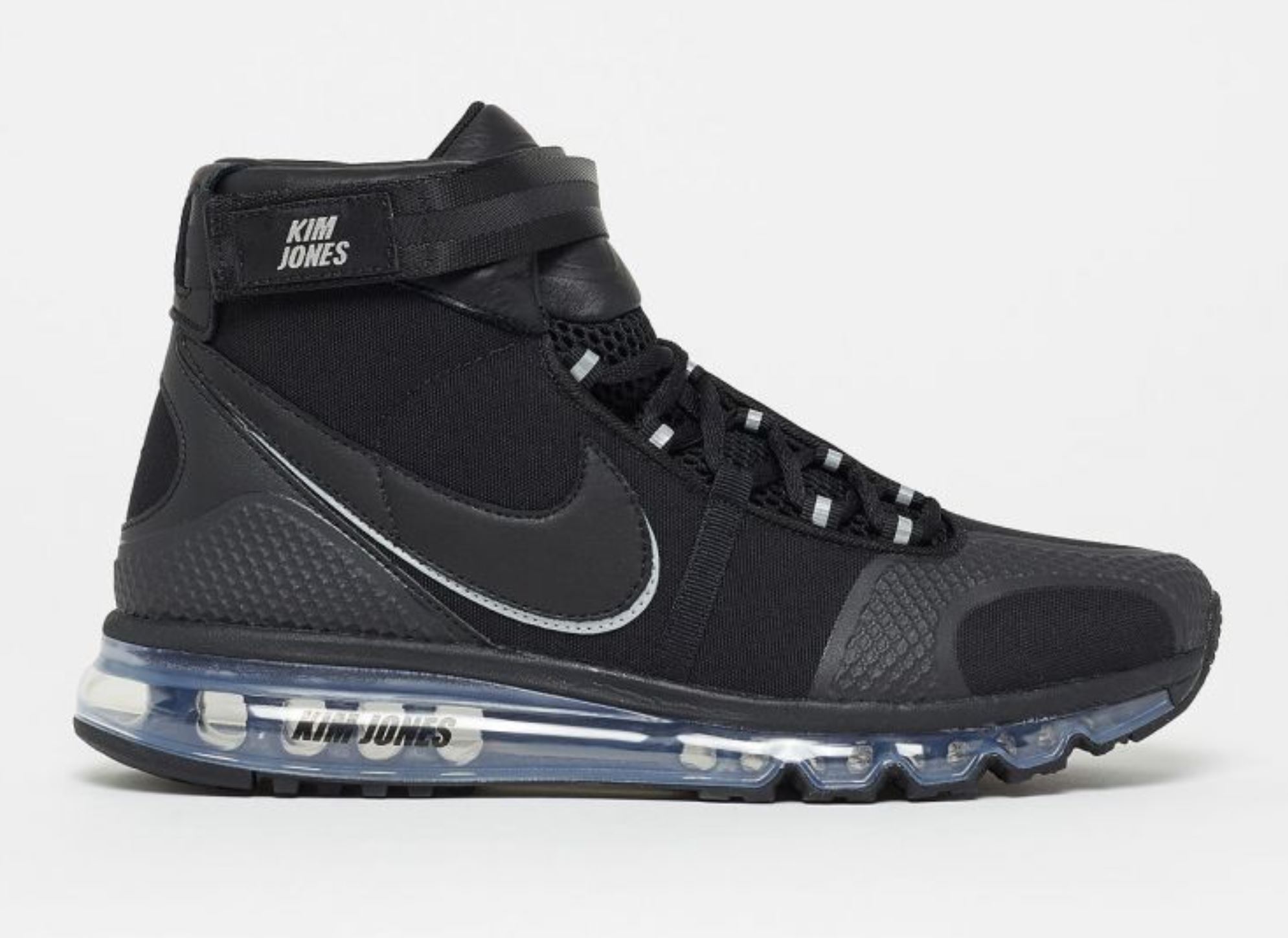 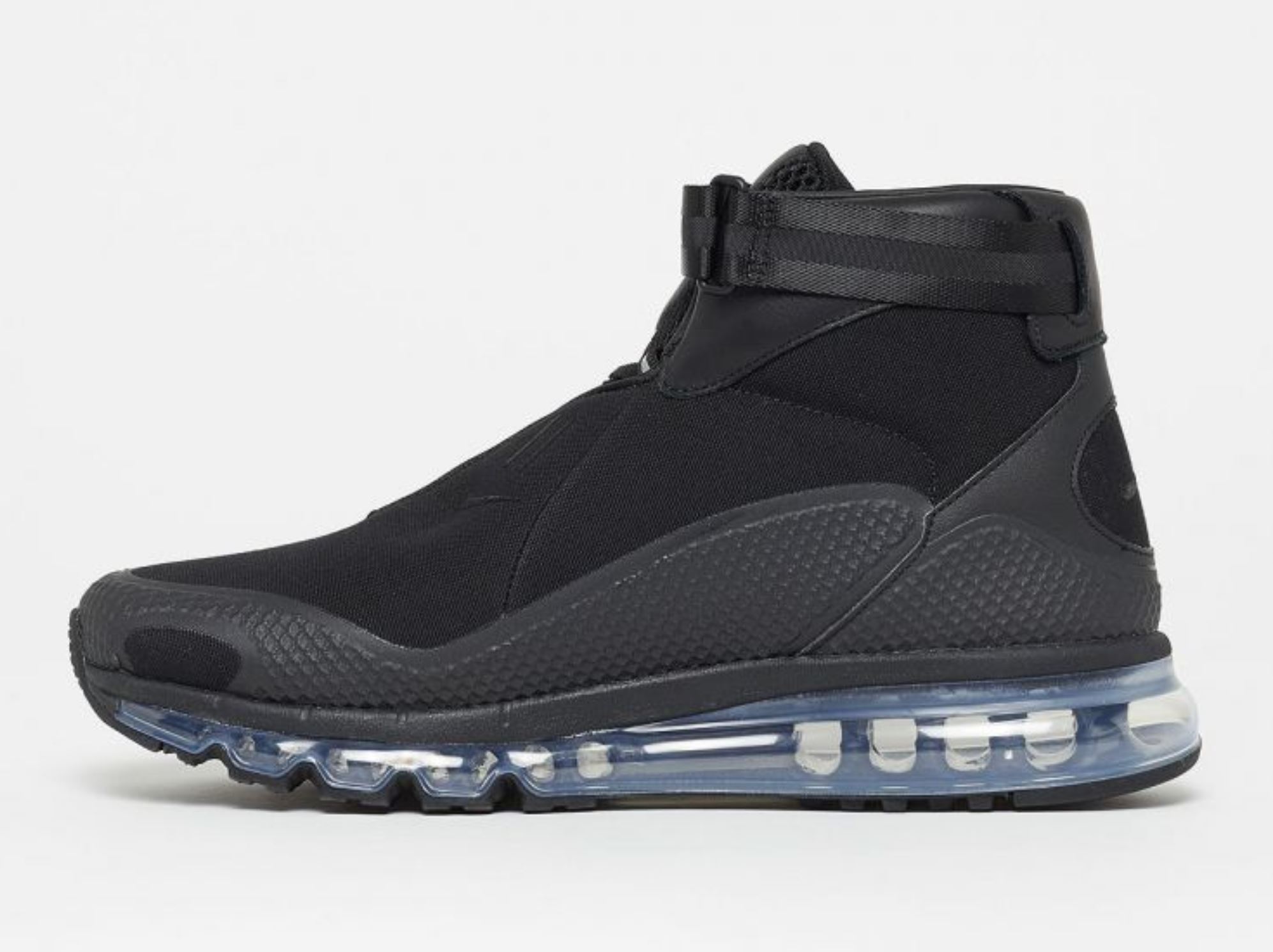 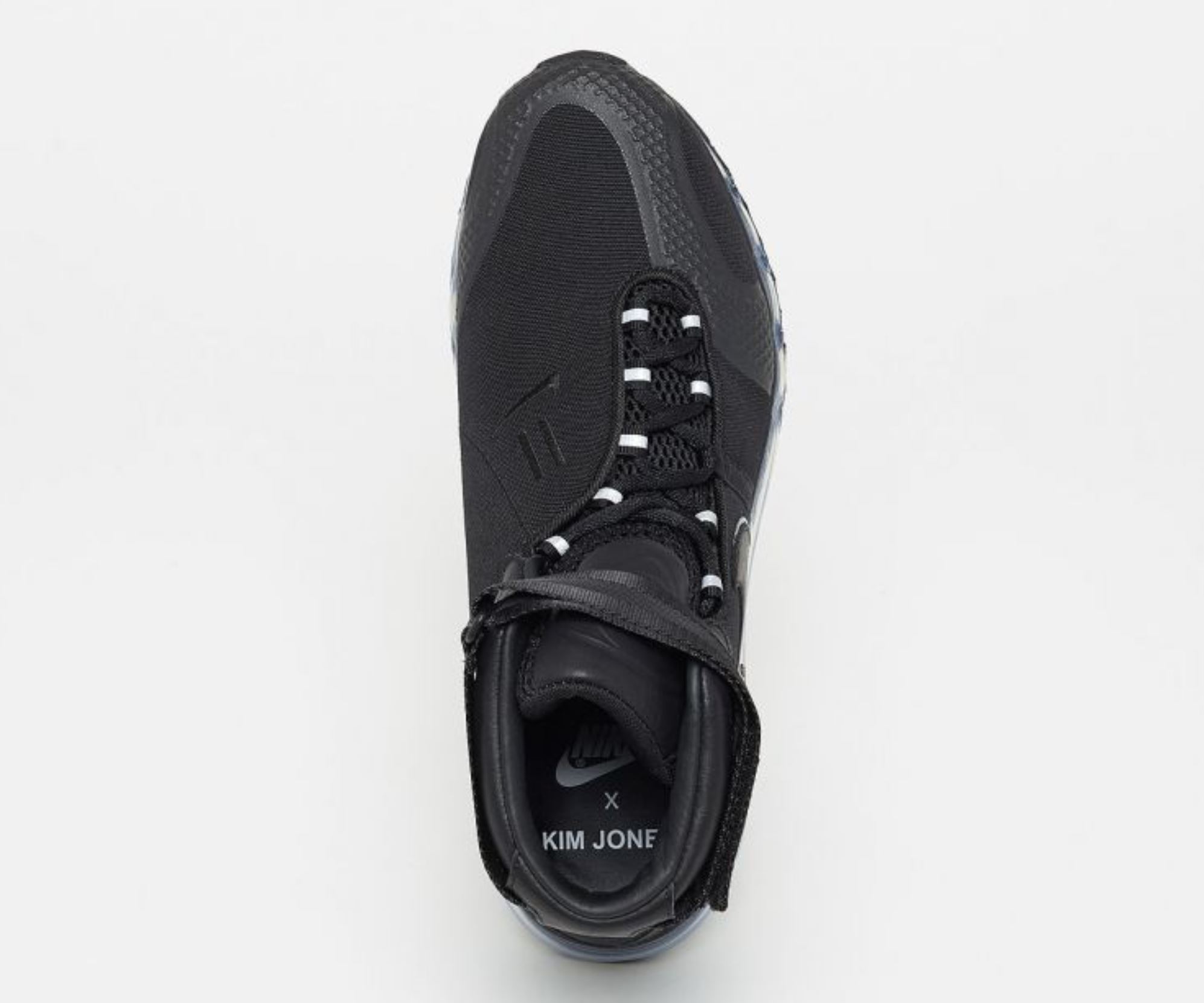 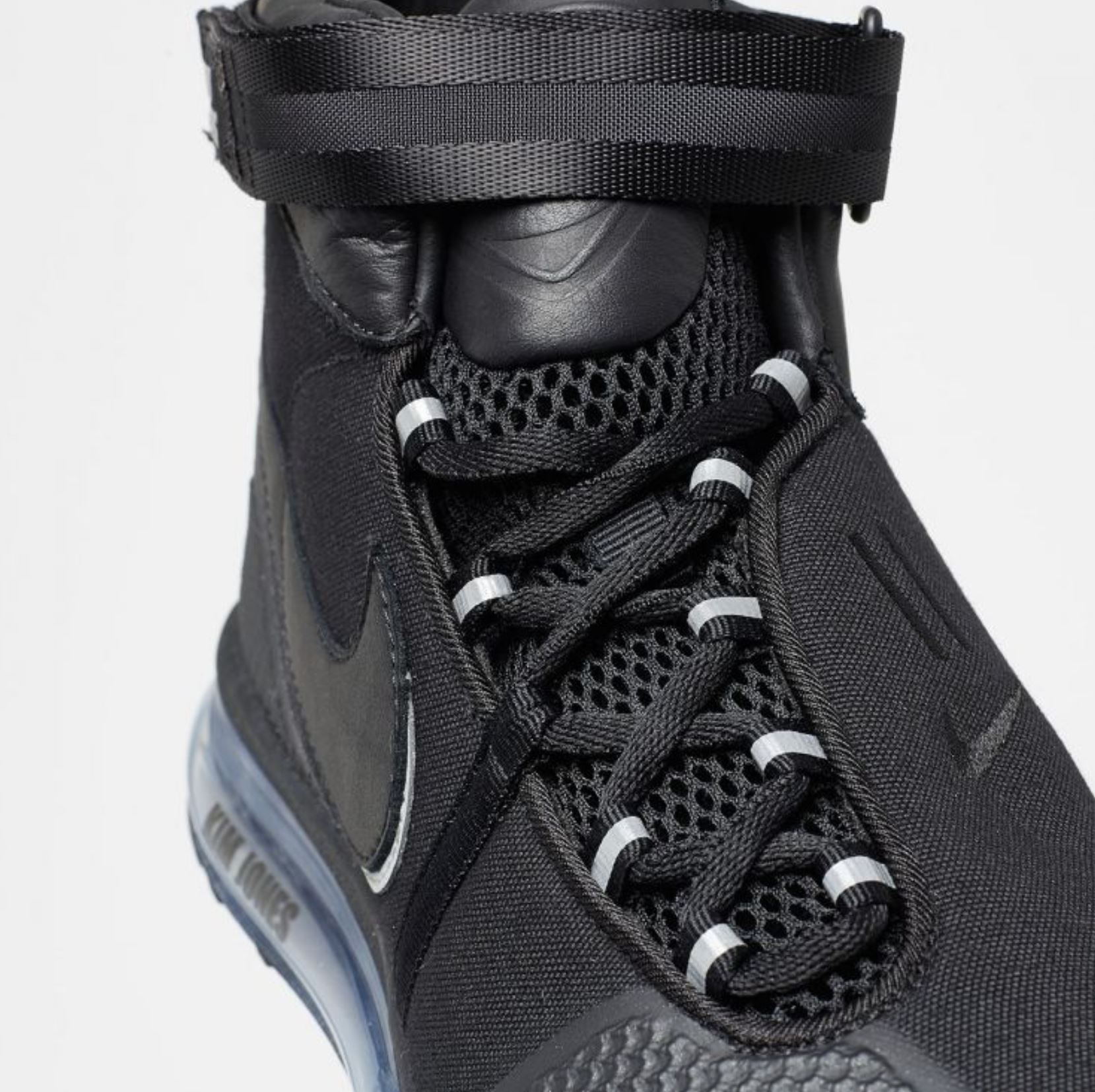 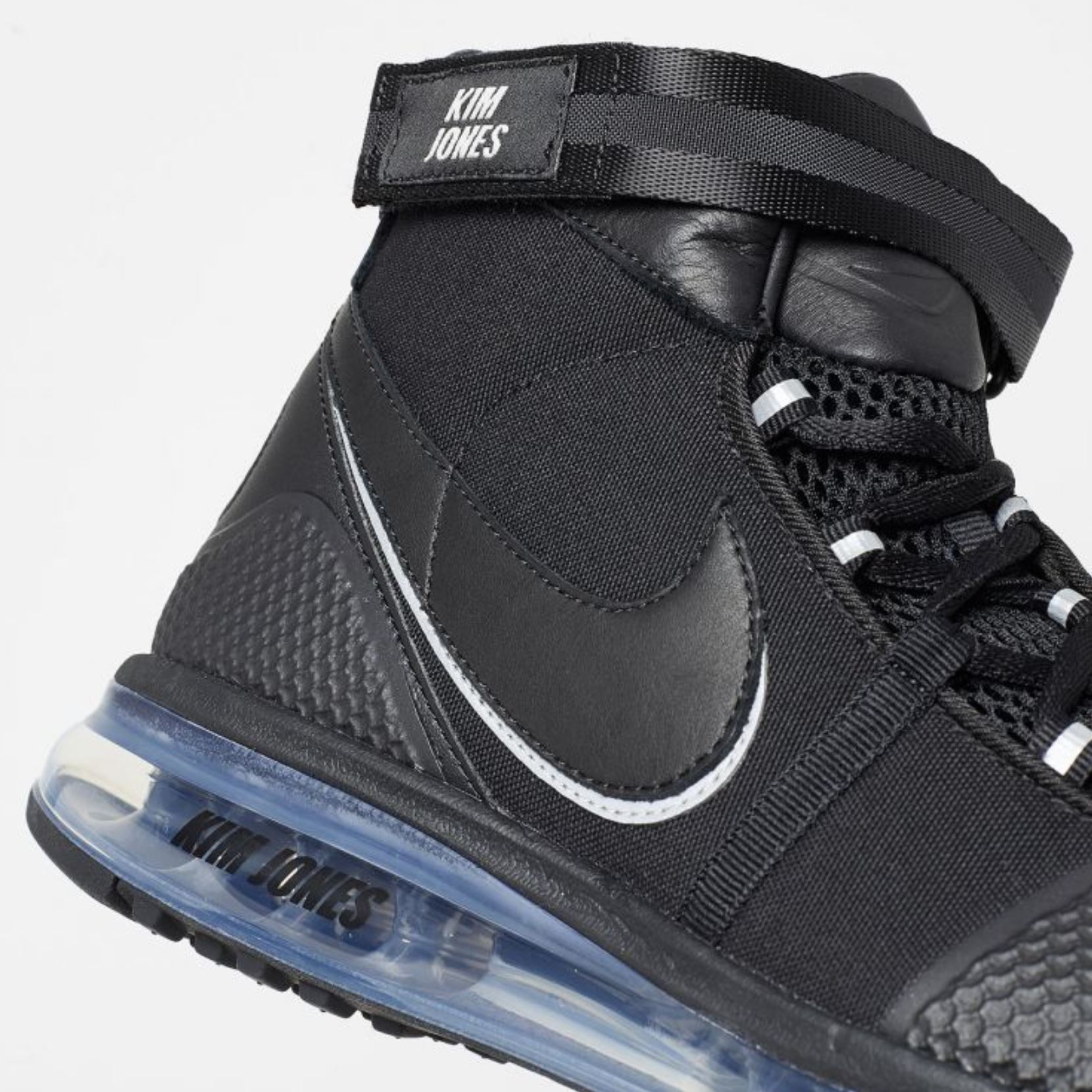 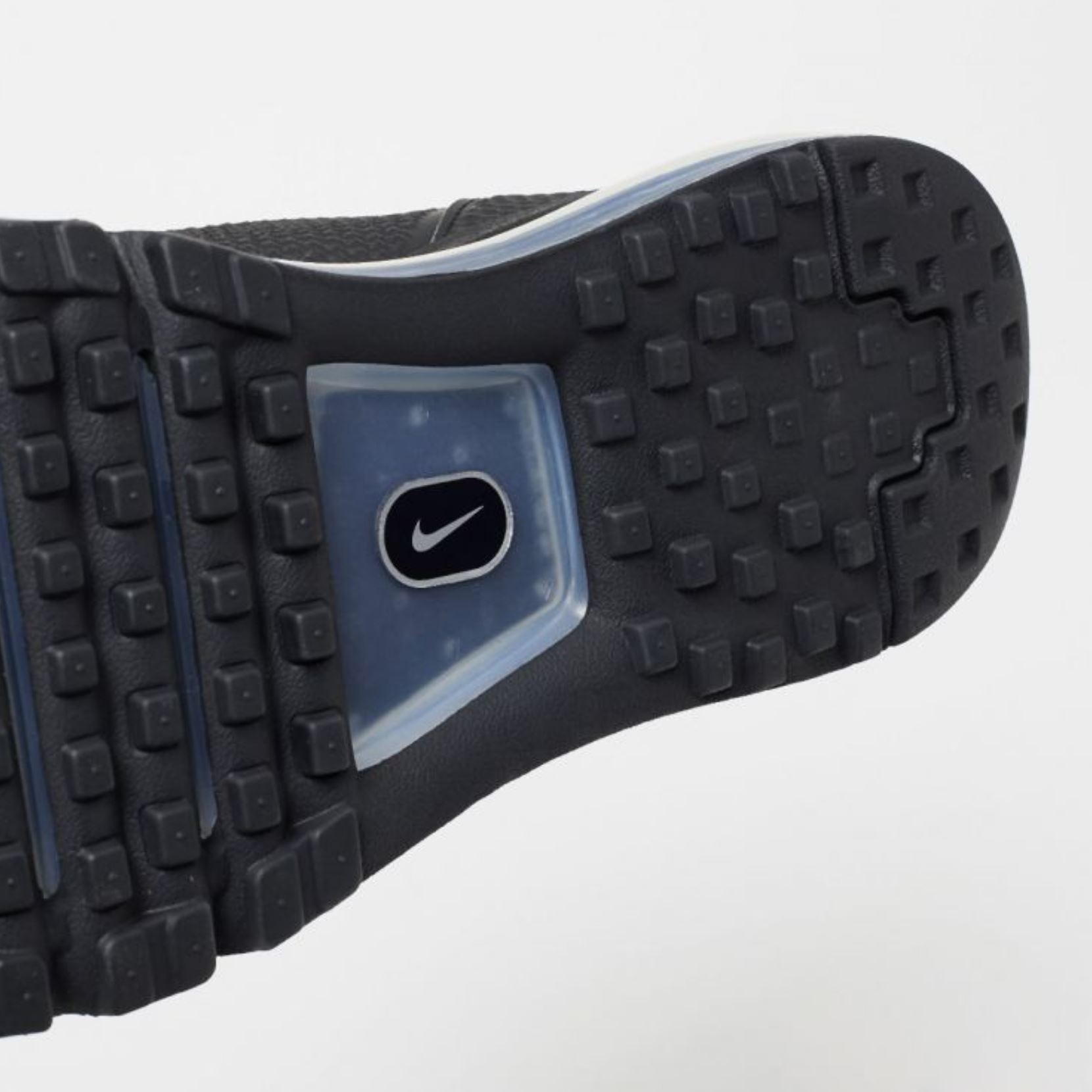 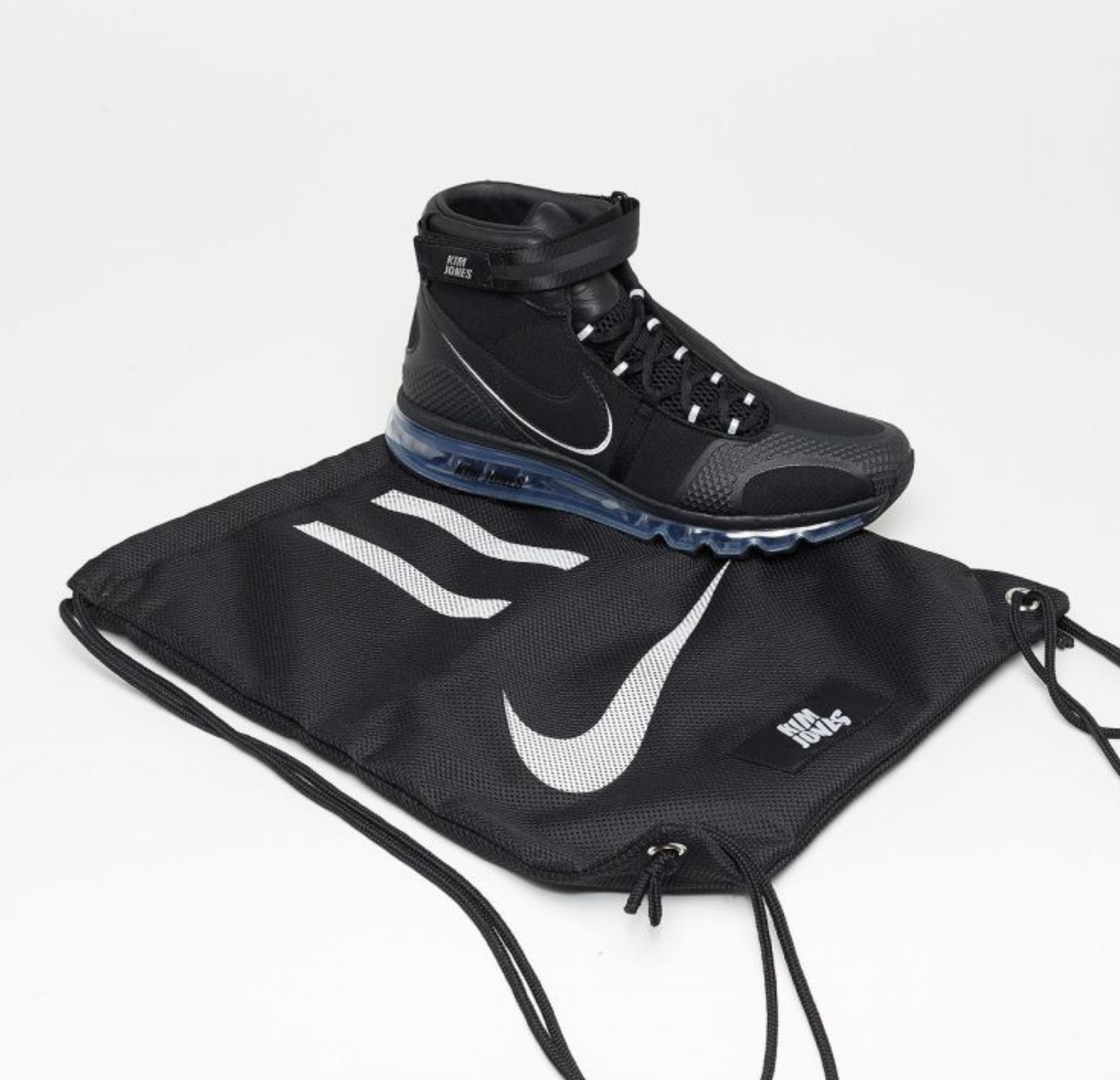 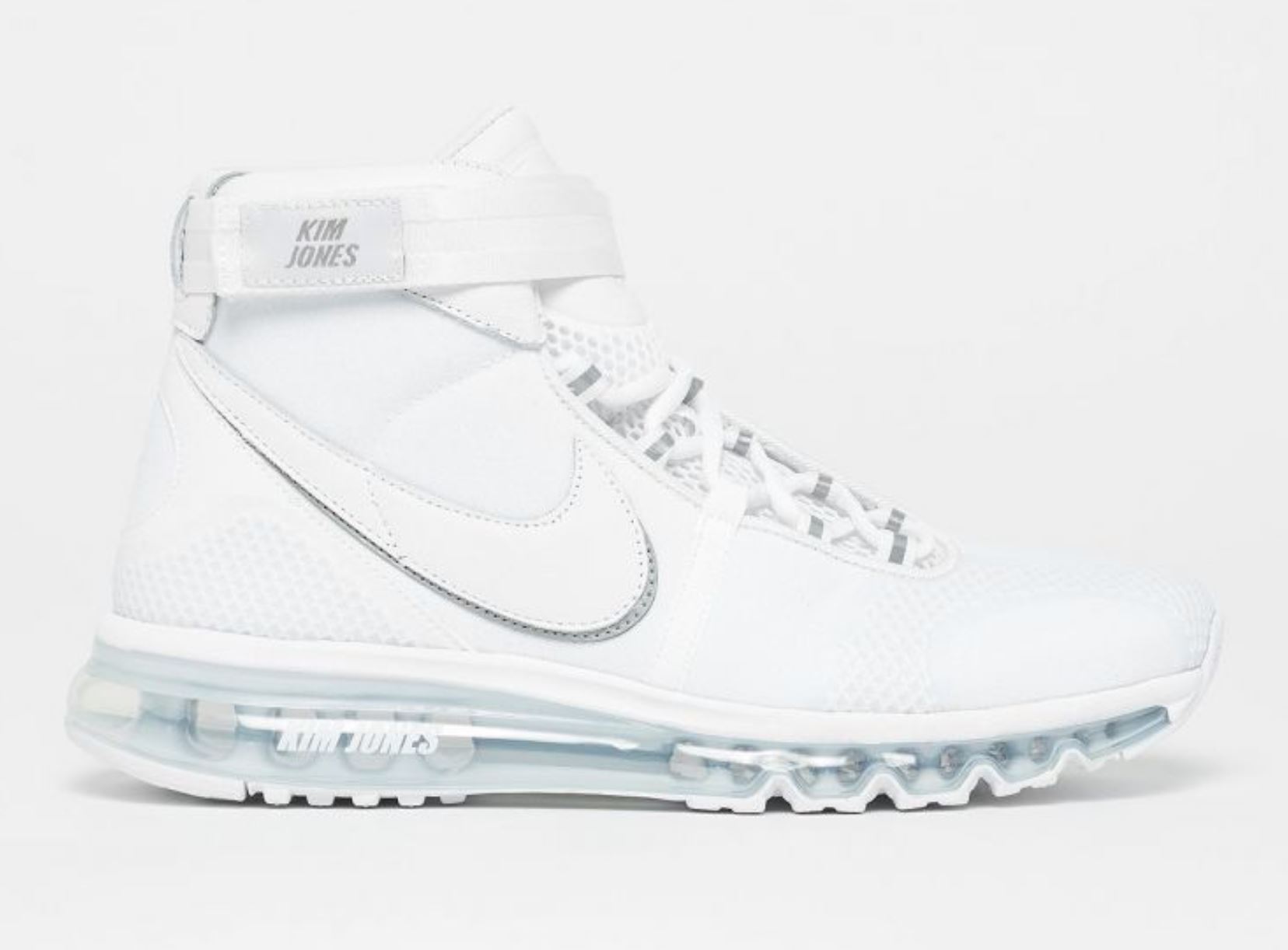 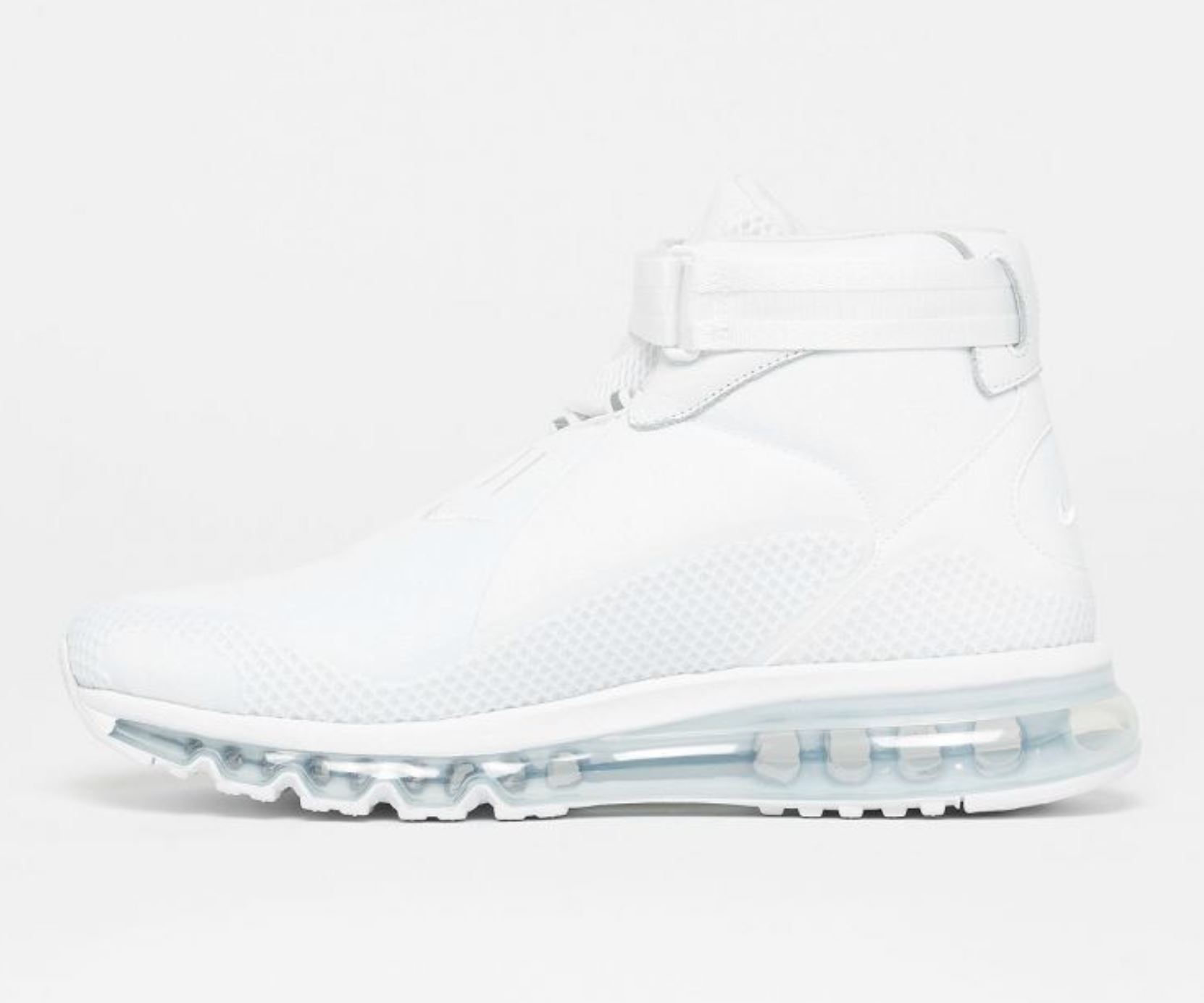 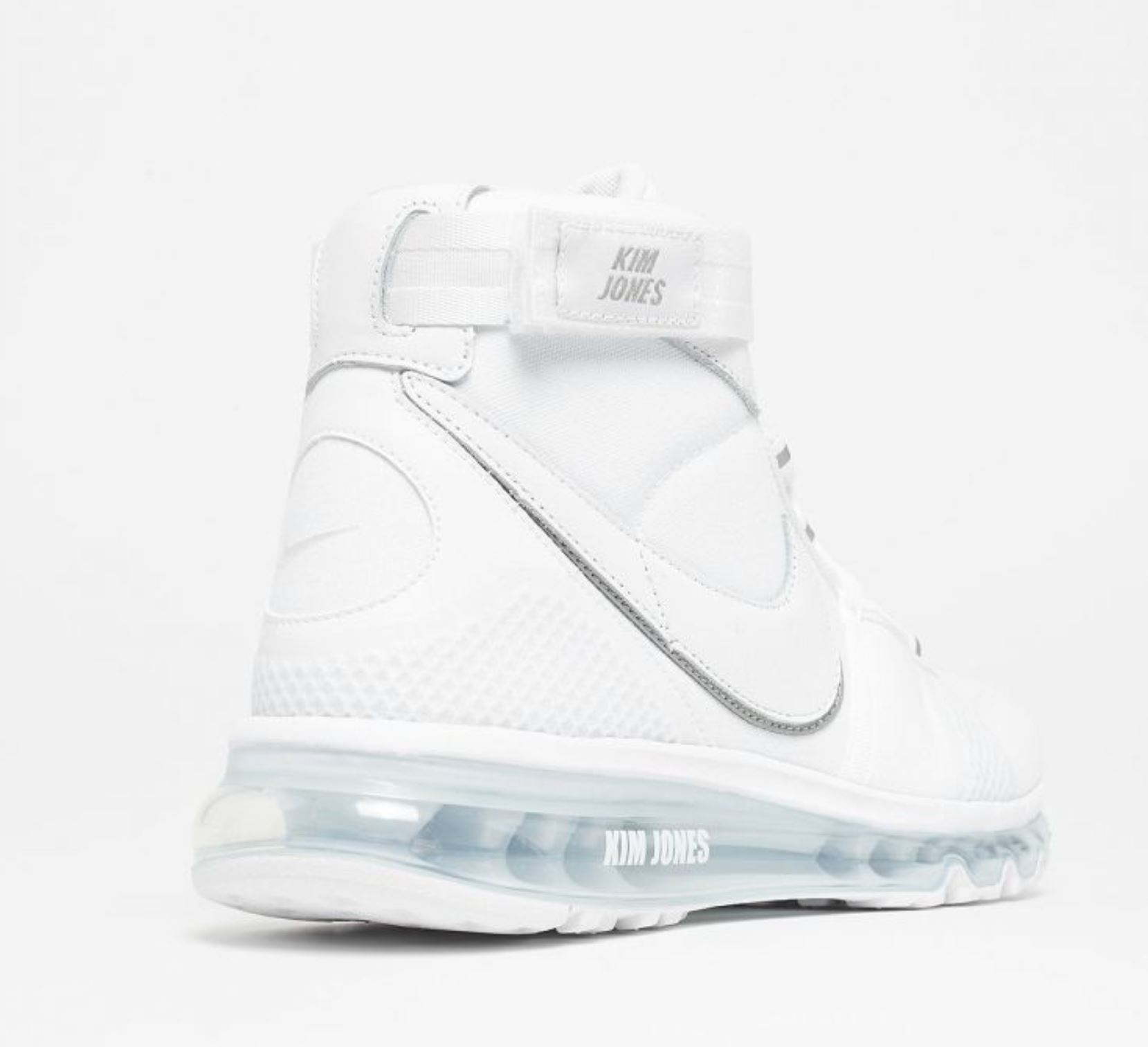 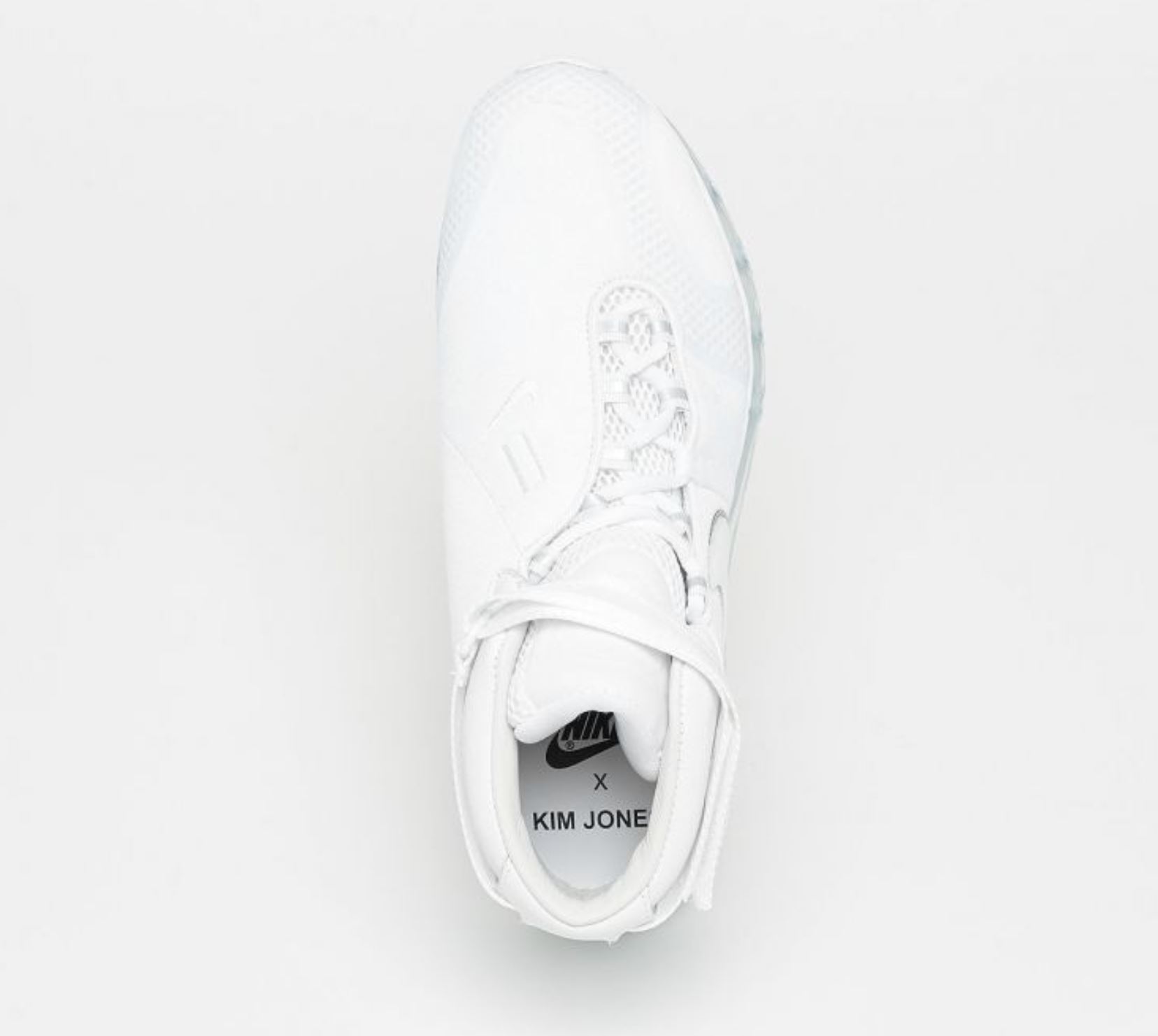 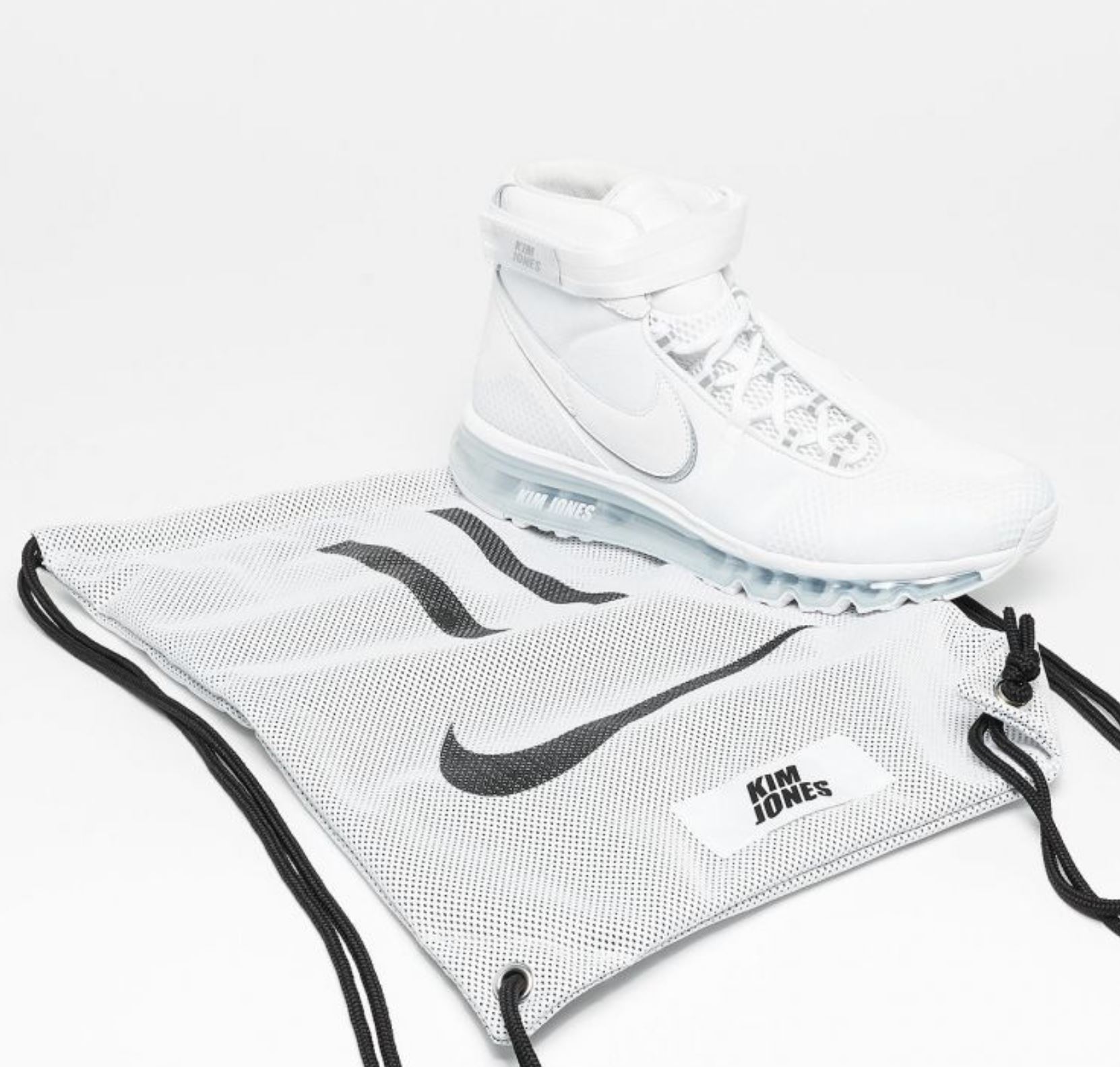