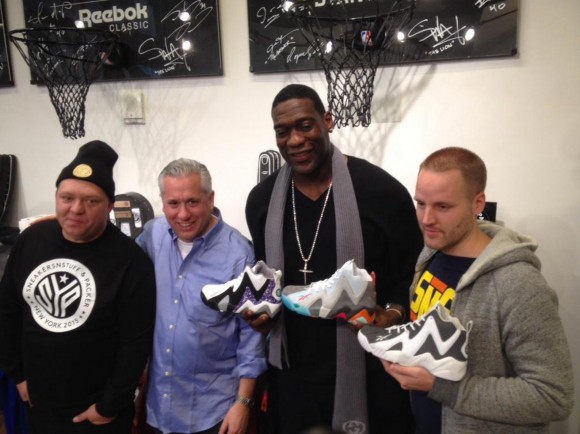 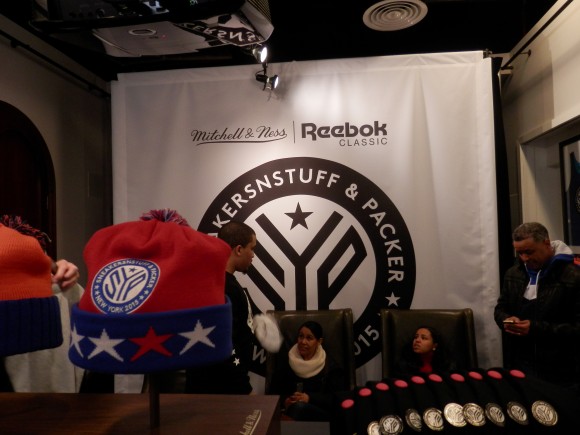 Sneakersnstuff, Packer Shoes, and Reebok Classics came together for something extraordinary today at the Refinery Hotel in Midtown. Their ongoing All-Star Weekend pop-up has been hosting the likes of Allen Iverson, Shaq, and today, Shawn Kemp and Dominique Wilkins came through for a meet and greet.

When Shawn Kemp and Dominique Wilkins arrived the pair towered over everyone in the shop, as many basketball players do, and happily signed balls, shoes, caps, and jerseys. The small space was abuzz with excitement; everyone in attendance had smiles on their faces. Many were in awe seeing their idols in person. I need to give a special shout to the guy who brought the Packer Shoes x Omni Zone ‘Nique’ and the ‘Friends & Family’ for Dominique to sign (check out the photos below). That guy was super prepared.

Each special guest that has come through Token38 has signed the three backboards on the wall. Wilkins and Kemp did the same but of course Kemp signed way up there. Dominique left after a little while but Kemp stuck around while fans stepped up one by one to meet the Reign Man and eagerly recount their favorite Shawn Kemp memories. Many brought up the 1996 All-Star Game in which Kemp threw up three poster-worthy dunks. Kemp has also developed an awesome technique for signing his name in the zigzags of Kamikaze IIs.

As the signing came to a close, it was so great seeing what Token38 had accomplished. It had given fans and enthusiasts memories, great stories, and something phenomenal for their patience in standing outside while it snowed. They didn’t just get a limited product, they got an experience. I certainly don’t feel like Token38 was just about selling shoes. It was about celebrating and appreciating All-Star Weekend, historic New York City, basketball legends, and the silhouettes that made the 90s era oh so classic.

Token38 is open for one more day, tomorrow, so get over there if you’re within a hundred miles of New York. Check out the gallery of images below and let me know what you think about Kemp and Wilkins at NYC’s Token38 pop-up event. Did you get to attend this weekend? 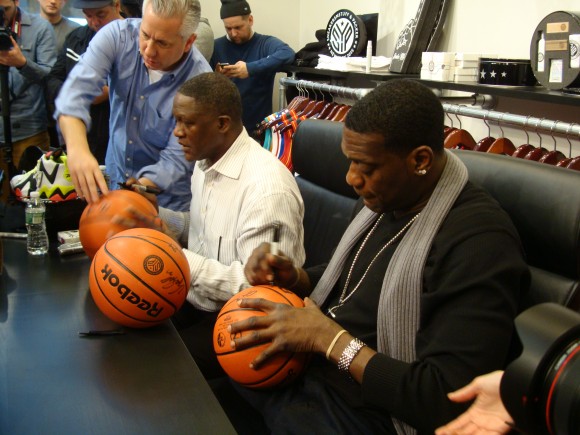 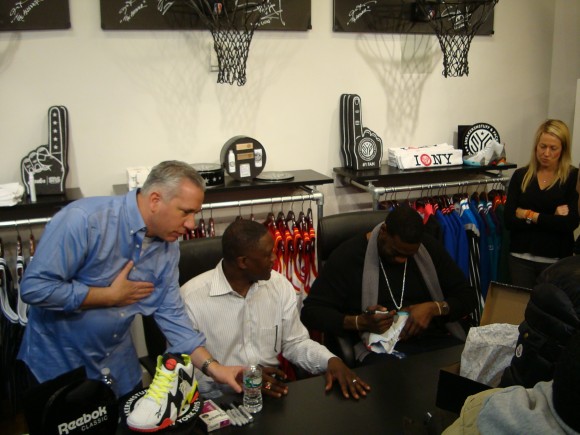 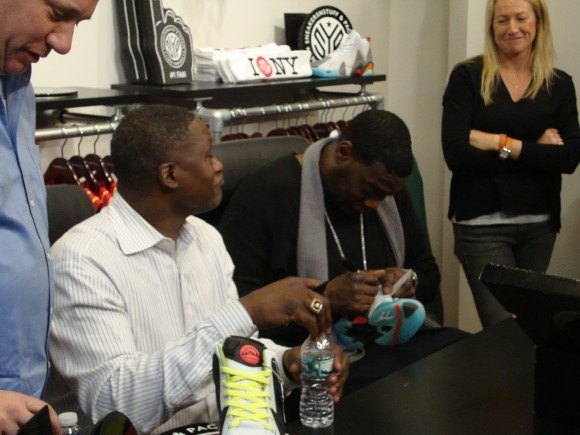 Sarah was tossing basketballs across the shop for fans to sign, Nique was impressed. 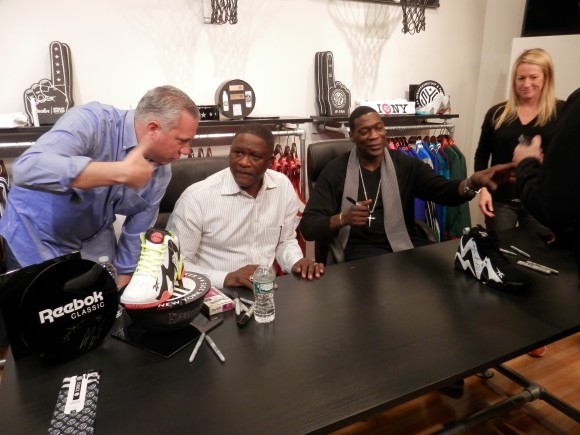 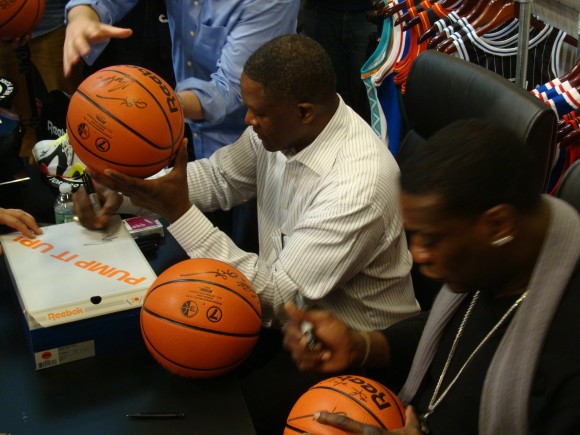 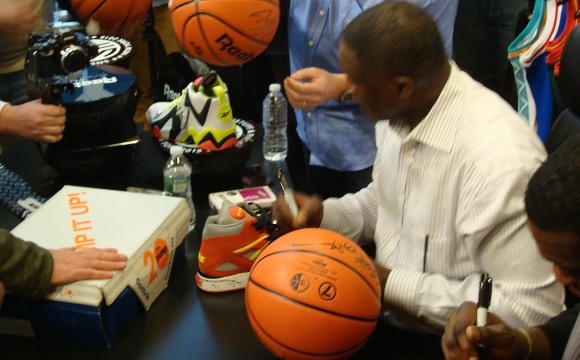 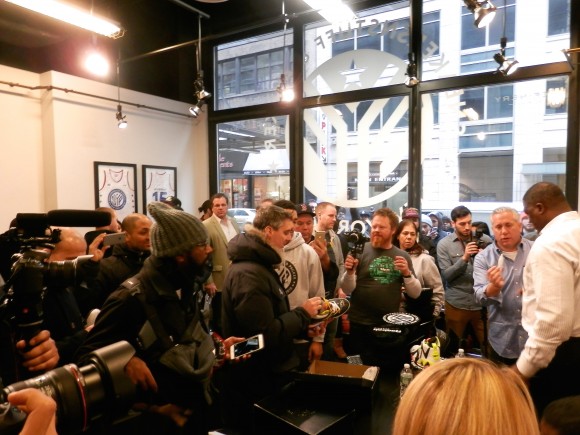 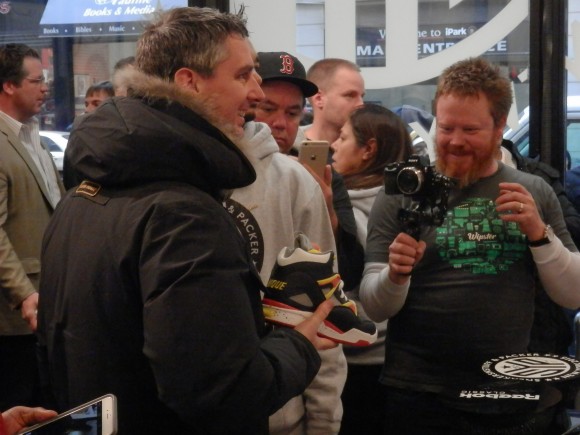 Let’s just say he was hyped to get both pairs signed. 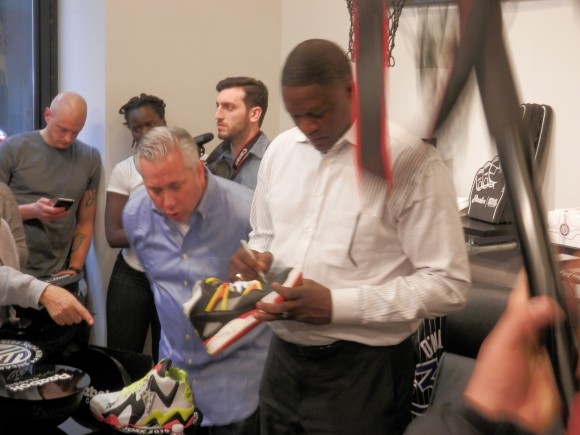 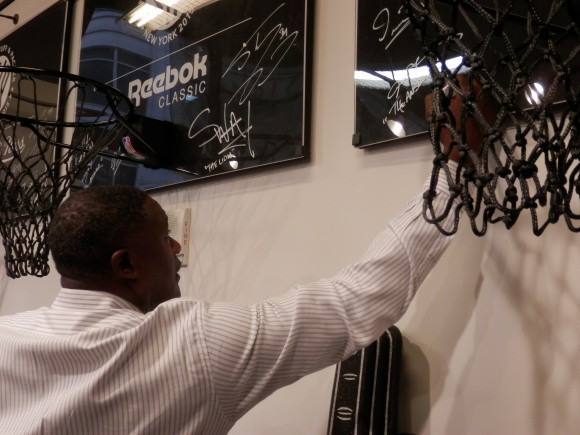 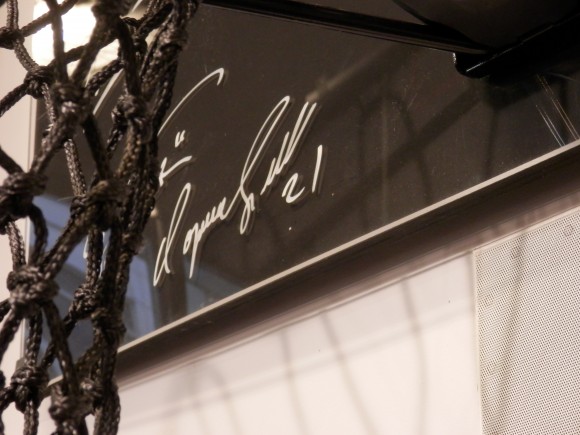 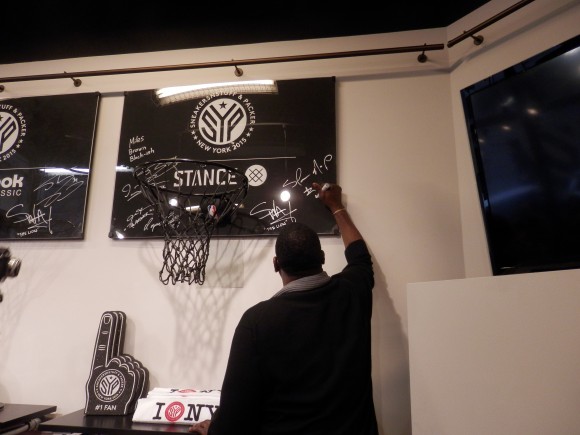 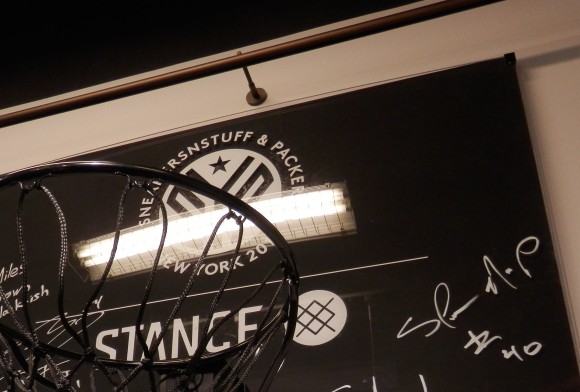 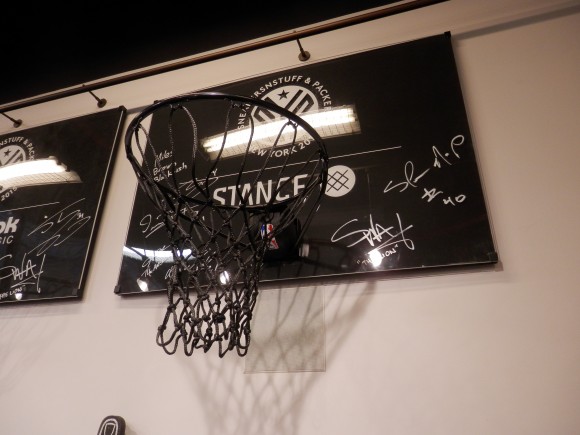 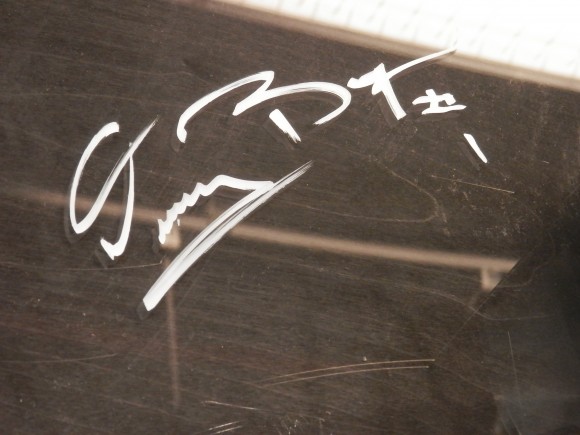 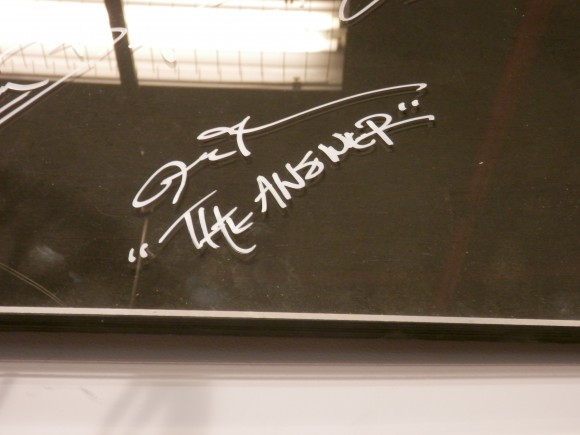 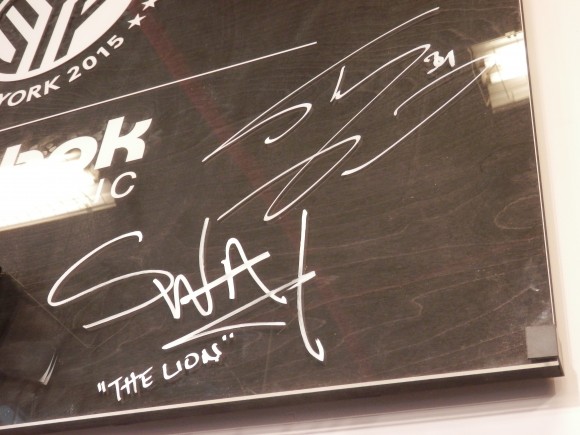 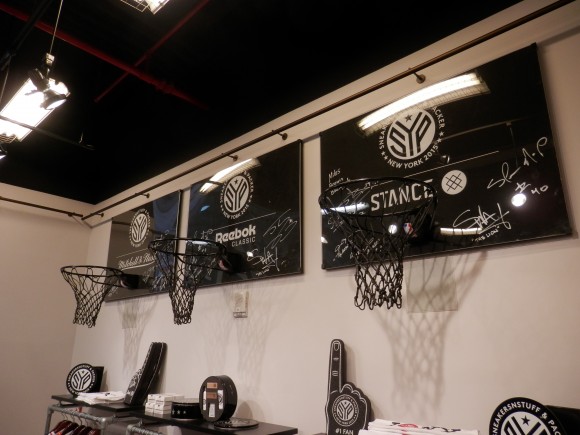 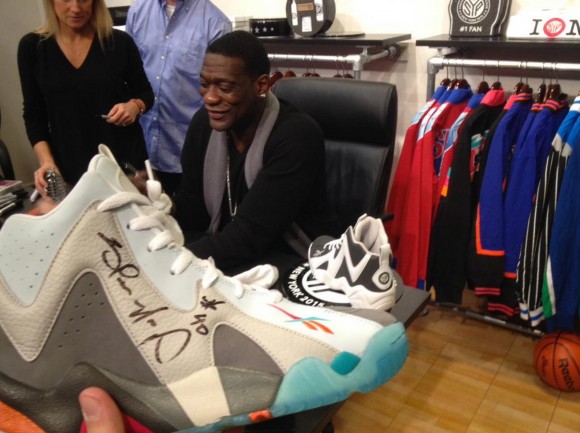 I took mine off my feet, I had to get it signed. 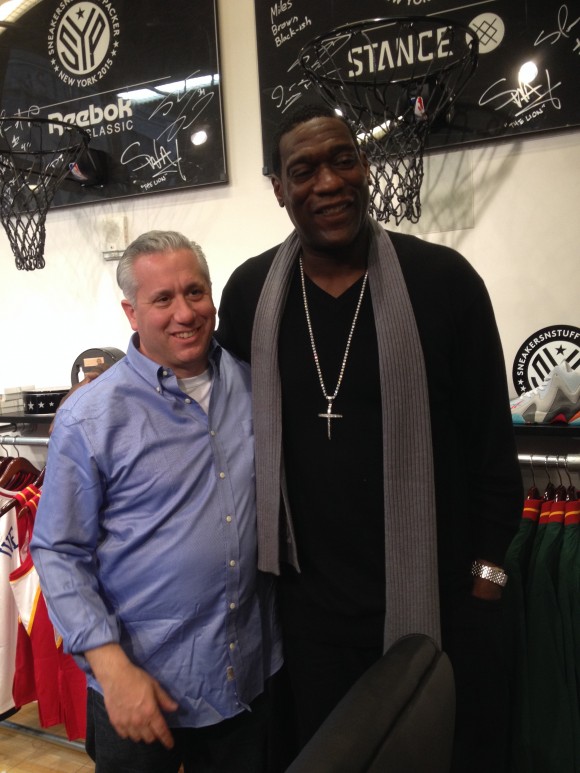 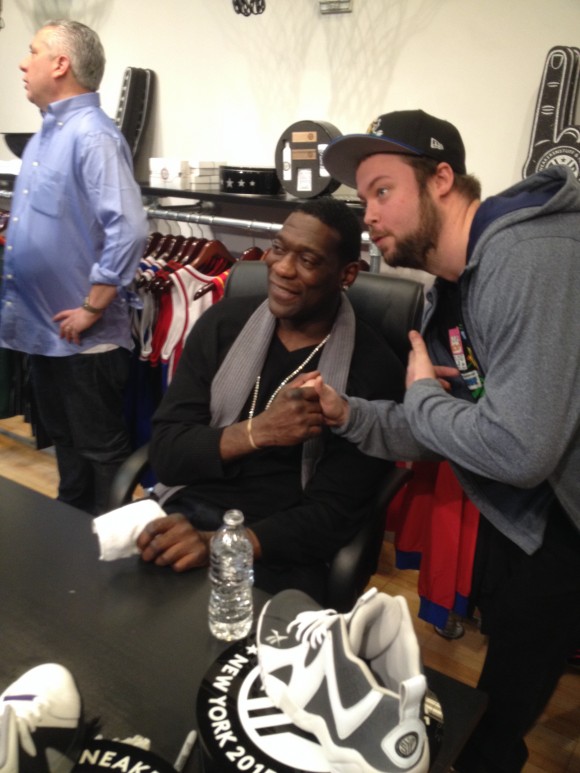 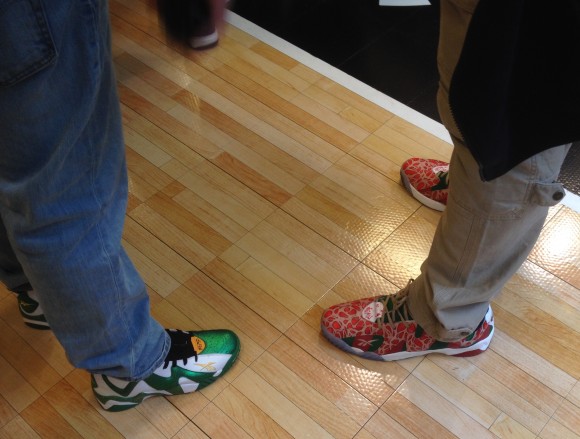 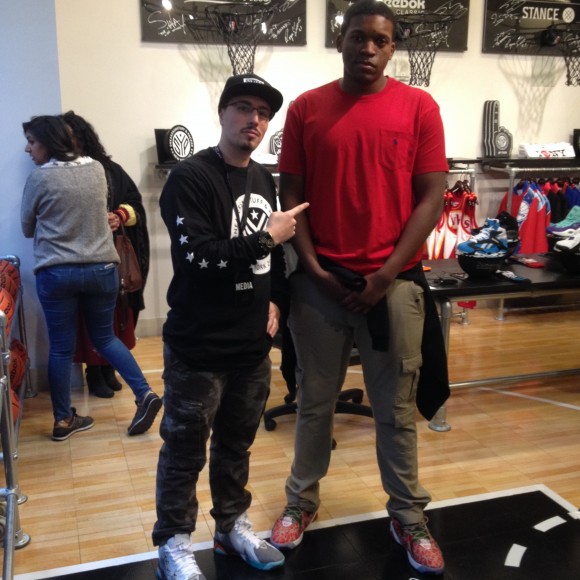 Chilling with Kemp’s son who came to support.