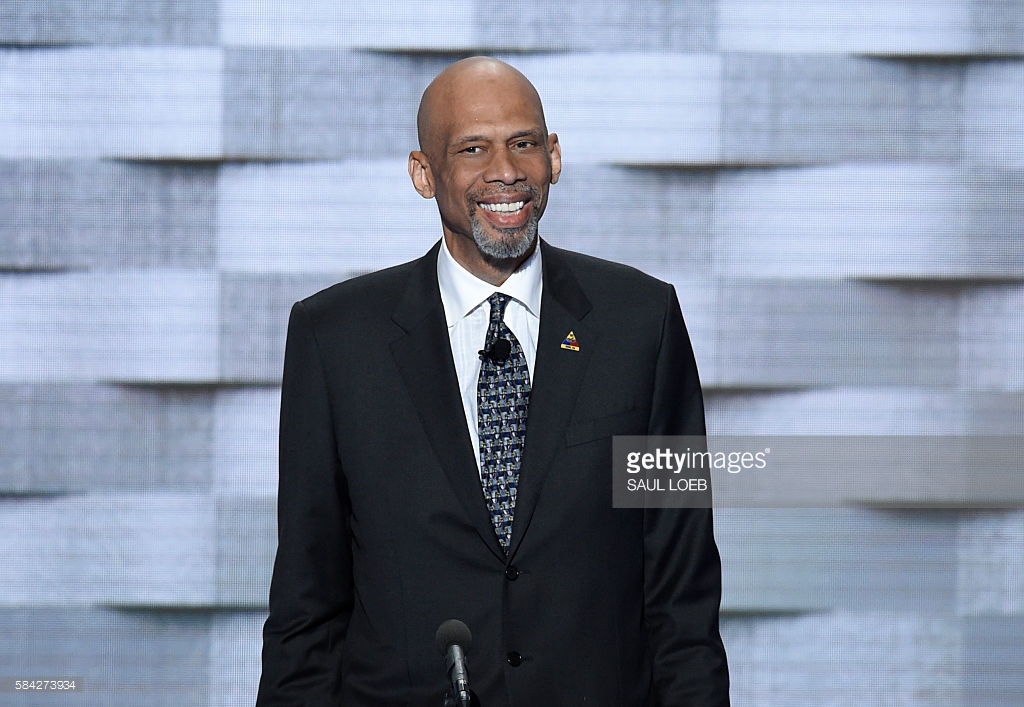 If you’re outside of the United States you may not know that the Democratic National Convention has just wrapped.

Kareem Abdul-Jabbar spoke briefly on Islamophobia and religious freedom but began his speech in hilarious fashion by slamming Donald Trump with a Michael Jordan joke. With his name projected in giant letters above him, Jabbar walked out and started with, “Hello everyone, I’m Michael Jordan and I’m here with Hillary — I said that because I know that Donald Trump couldn’t tell the difference.” The joke met roaring applause.

Enjoy the clip below and share your thoughts in the comments.