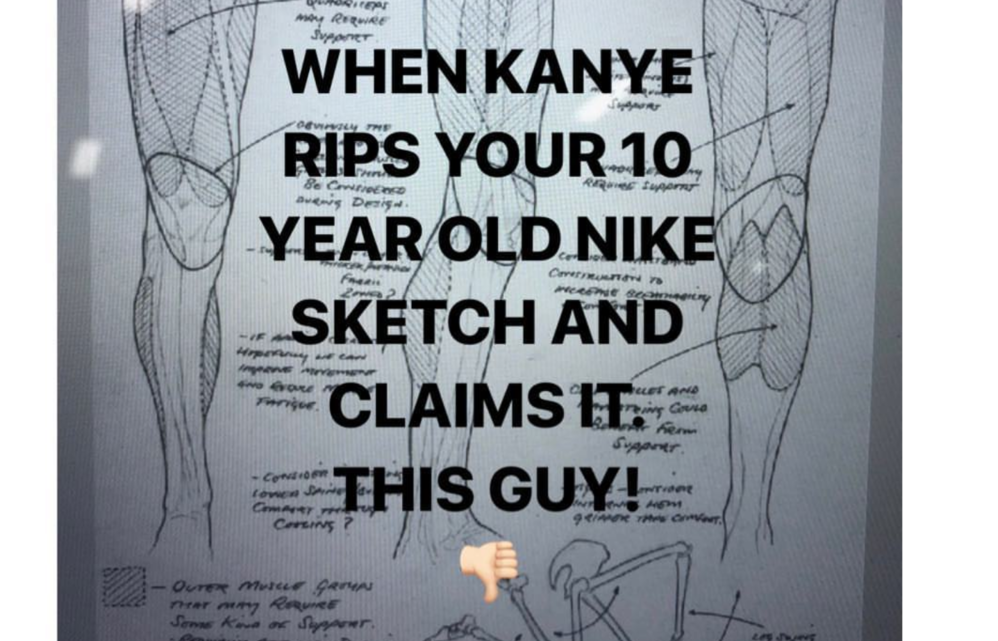 Just like the Kardashians, Kanye West and his “design team” are out here stealing designs from all over the Internet. The latest theft comes from Tony Spackman, former Design Director at Nike.

Spackman, now the Design Director at Givenchy, spent nearly a decade designing at Nike from 2000 to 2009. Last night, Spackman, a talented artist, took to Instagram to address the theft of his 13-year-old designs by Kanye West, who tweeted images ripped right off of Spackman’s website.

“This is where a YEEZY study for base layer starts,” wrote Kanye on Twitter on April 30. “I’m so excited about out new design team. Yeezy is no longer a fashion company we should be referred to as apparel or clothing or simple YEEZY.” 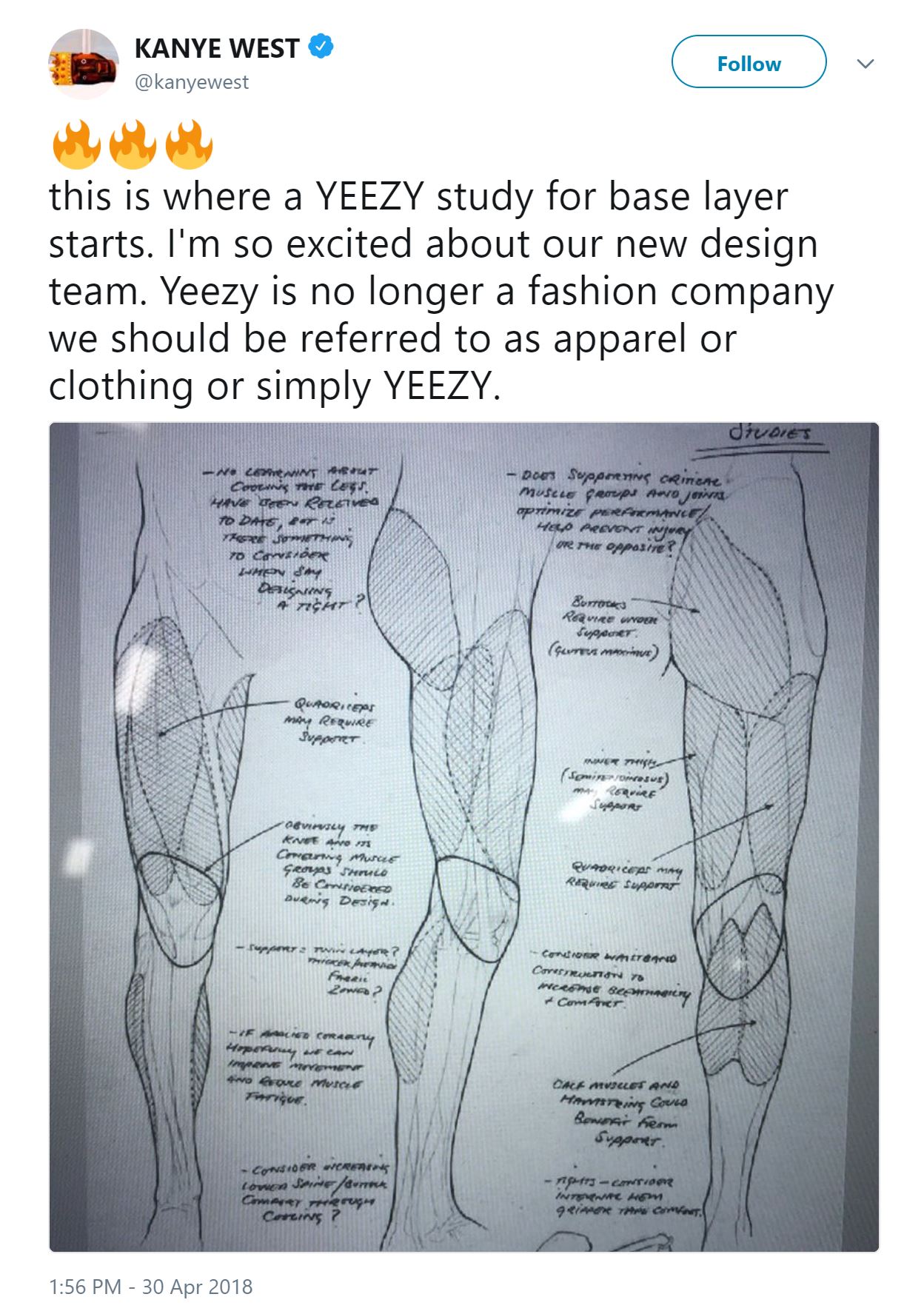 Not only are the sketches Kanye tweeted the exact images Spackman posted to his professional website under the category “Nike,” but someone in Kanye’s shop (or Kanye himself) edited out the titles on Spackman’s design sketches; the top left corners of the sketches should say “Living Apparel Fall ’05” like in Spackman’s original sketches.

Of course, this is not the first time Kanye has been caught stealing, and several members of the Kardashian family have been sued repeatedly for stealing clothing designs.

In 2017, Khloe Kardashian sent indie designer Destiney Bleu a cease and desist after Bleu took to Twitter to accuse the Kardashian sister of buying her bedazzled bodysuits, jerseys, and intimates simply to rip them off, according to Refinery29. In the cease and desist letter, Khloe Kardashian and her company Good American claimed ignorance, saying that the design team had “never heard” of Destiney Bleu or her work. However, Bleu provided Refinery29 with her correspondences with the Good American team that dated back to November of 2016.

The same week that Refinery29 published its story about Khloe Kardashian and Destiney Bleu, Fashonista reported that Kylie Jenner’s camouflage designs ripped off garments by PluggedNYC. Jenner had ordered and worn the garments in the past, solidifying the buy-and-knock-off method used by the Kardashians.

“The Kardashians are like China when it comes to intellectual property — they care about their own IP, but not about others’ IP. They just don’t really have respect for other people’s designs,” Julie Zerbo of The Fashion Law told Refinery29 in 2017.

However, this latest theft by Kanye West does pose a problem for adidas, which has said that it has not discussed dropping Kanye after his latest publicity stunts (ione that included calling slavery a “choice”). adidas YEEZY garments produced using Spackman’s sketches could cause serious problems for adidas, which recorded growth in its Q1 2018 fiscal report.

What do you think about all this? Sound off in the comments below.