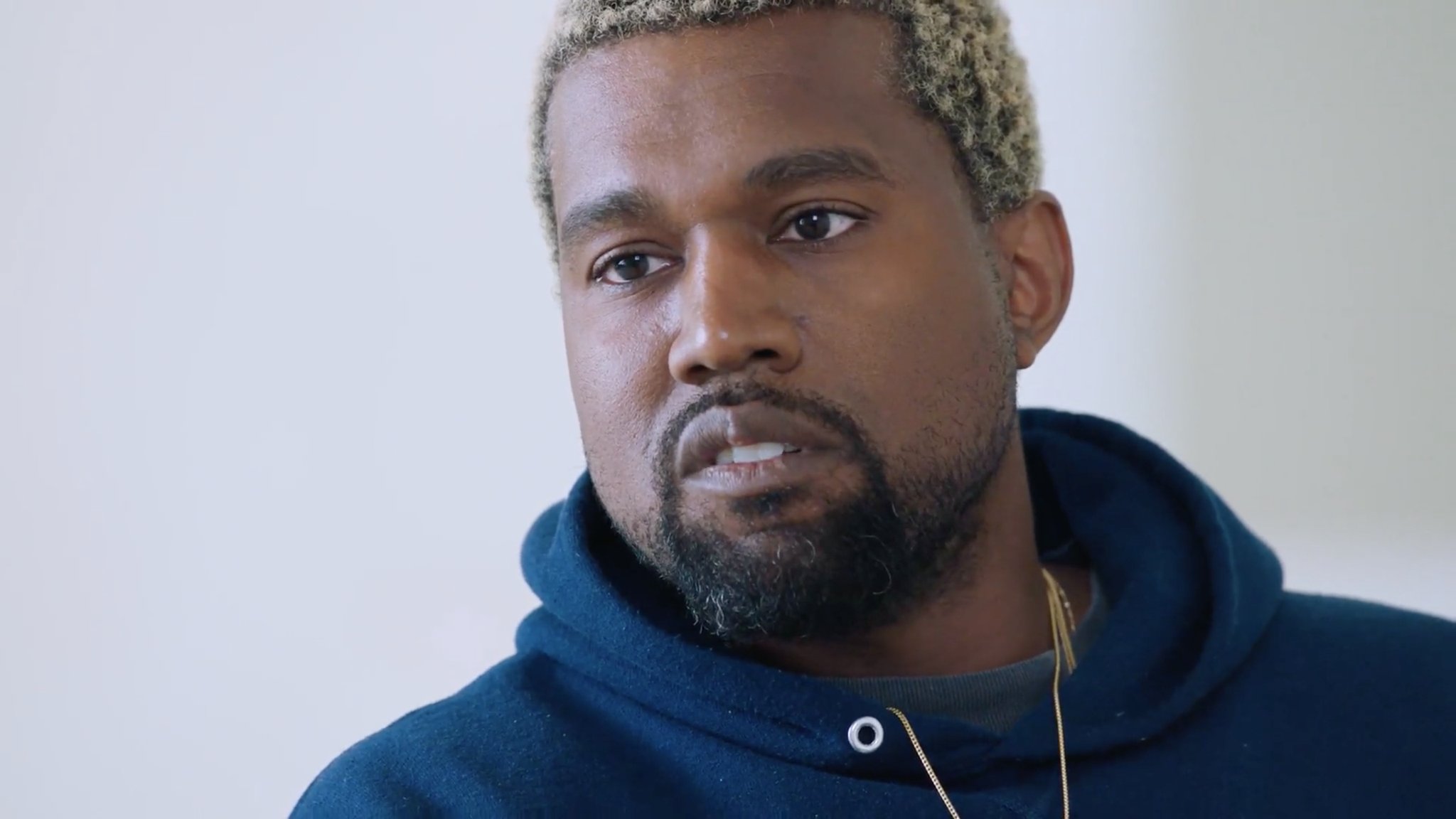 “Today I learned that a newly hired designer on the Yeezy team presented work that was not of their own,” West wrote on Twitter. “This person has immediately been let go from the Yeezy brand.”

“In a moment of inspiration, energy and excitement I had posted this sketch and would like to acknowledge the true creator of this amazing work, Tony Spackman,” West continued.

Days prior, Kanye West had posted the artful sketches as inspiration for his Yeezy line. “This is where a YEEZY study for base layer starts,” wrote Kanye on Twitter on April 30. “I’m so excited about out new design team. Yeezy is no longer a fashion company we should be referred to as apparel or clothing or simple YEEZY.”

Just hours later, Spackman took to Instagram to address the theft of his 13-year-old designs by Kanye West, who tweeted images ripped right off of Spackman’s website. Someone in West’s camp, who now appears to have been let go from the Yeezy brand, had stolen the sketches and edited out the titles Spackman had given the designs. 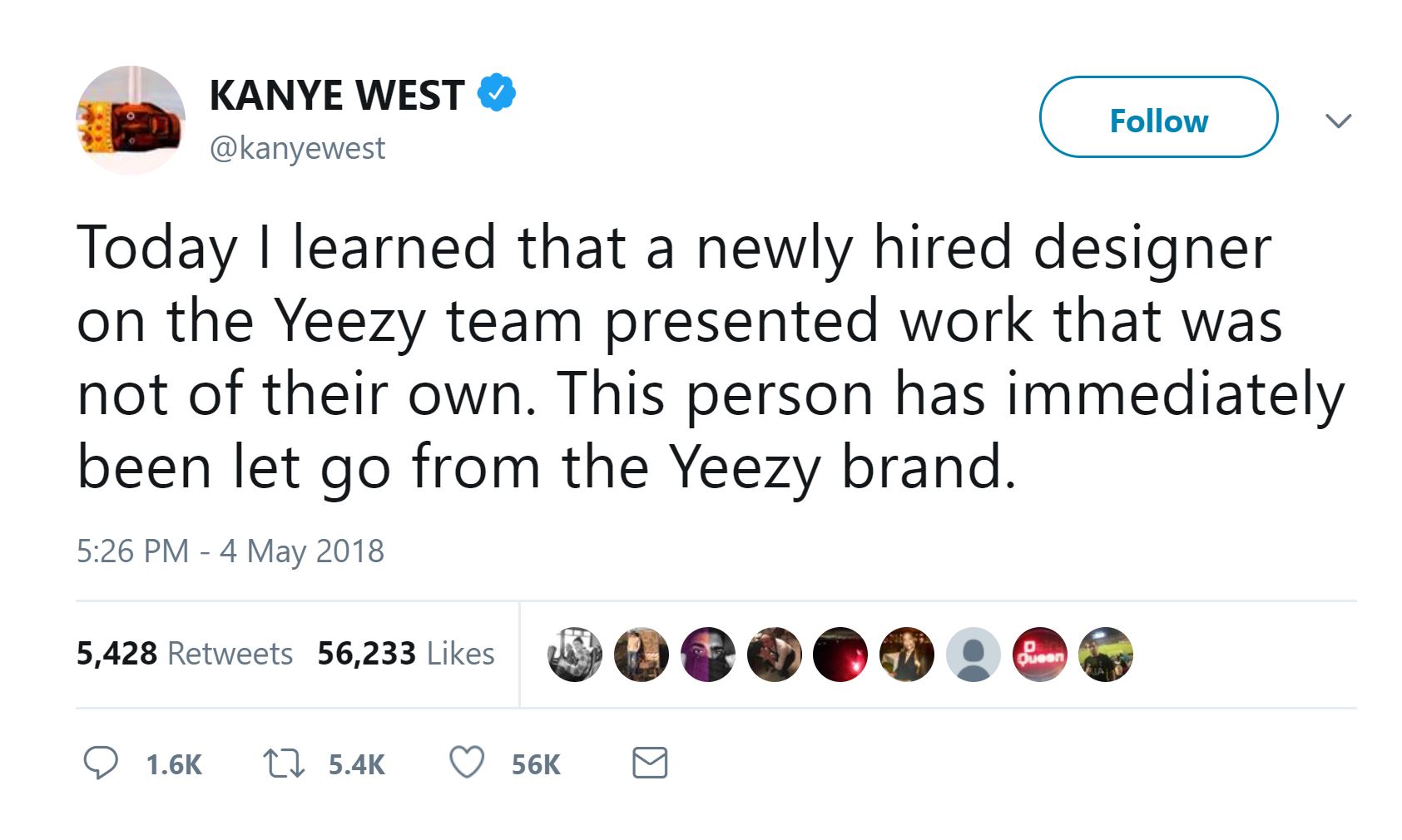 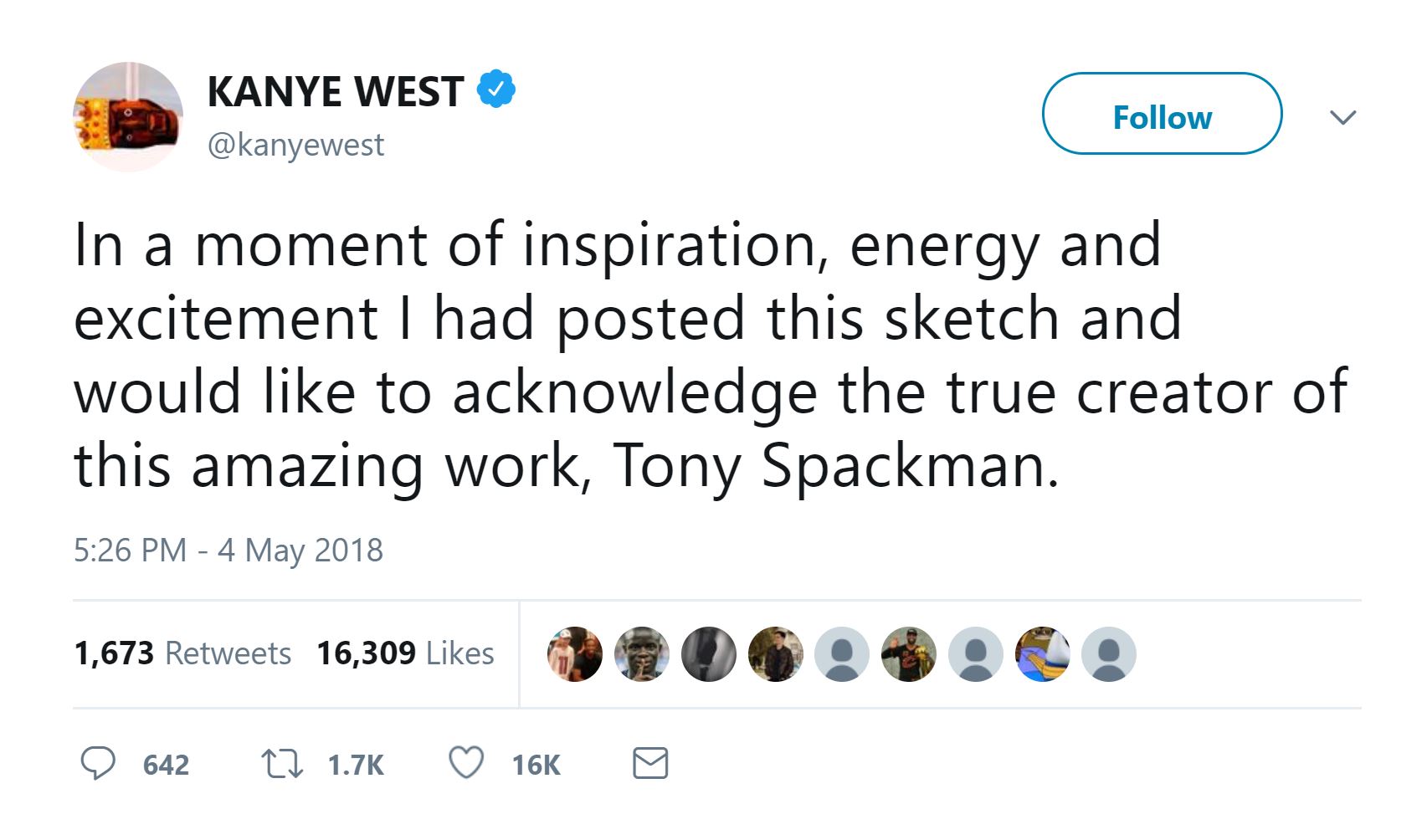