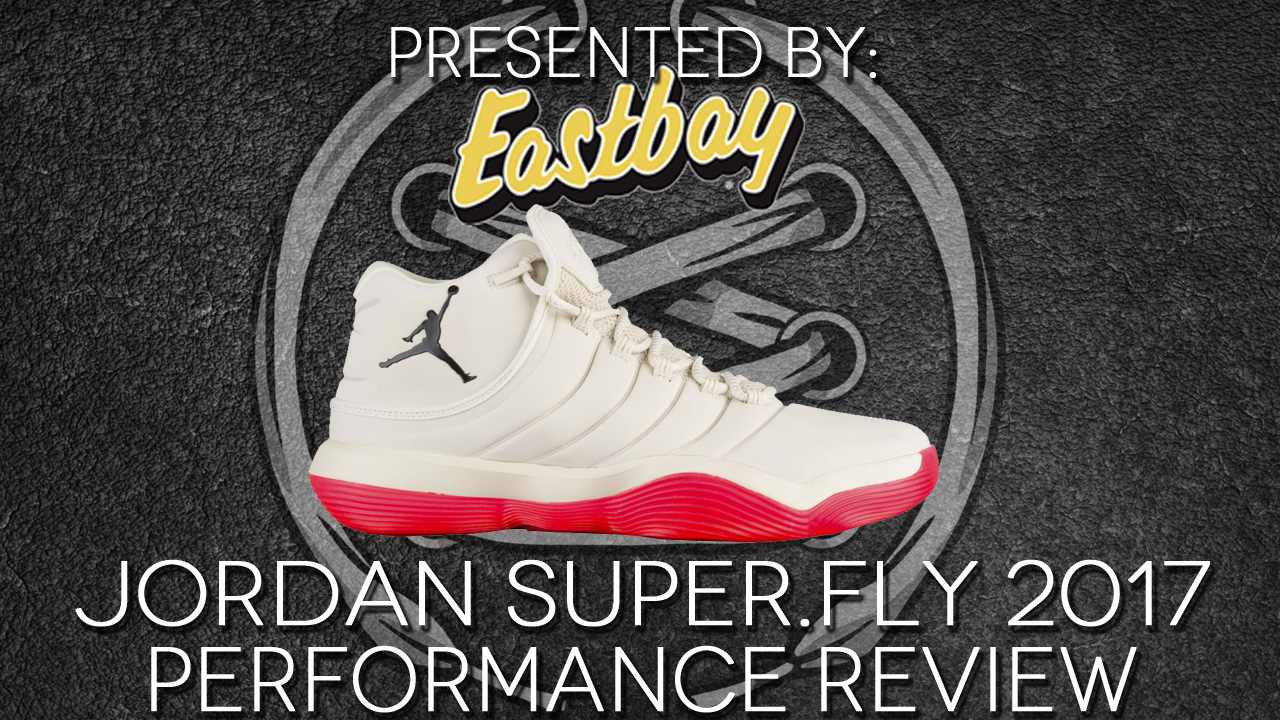 The Jordan Super.Fly series has come along way, and that’s easy when you have star athlete Blake Griffin as the line’s frontman.

In recent years, some things changed and we saw a slight drop off in terms of the shoe’s innovation. However, the tides have turned and now we have the next iteration of the line, the Super.Fly 2017, that uses upgraded and innovative technology. Does the shoe perform? We’re here to find out.

The Jordan Super.Fly 2017 is available now at Eastbay.com 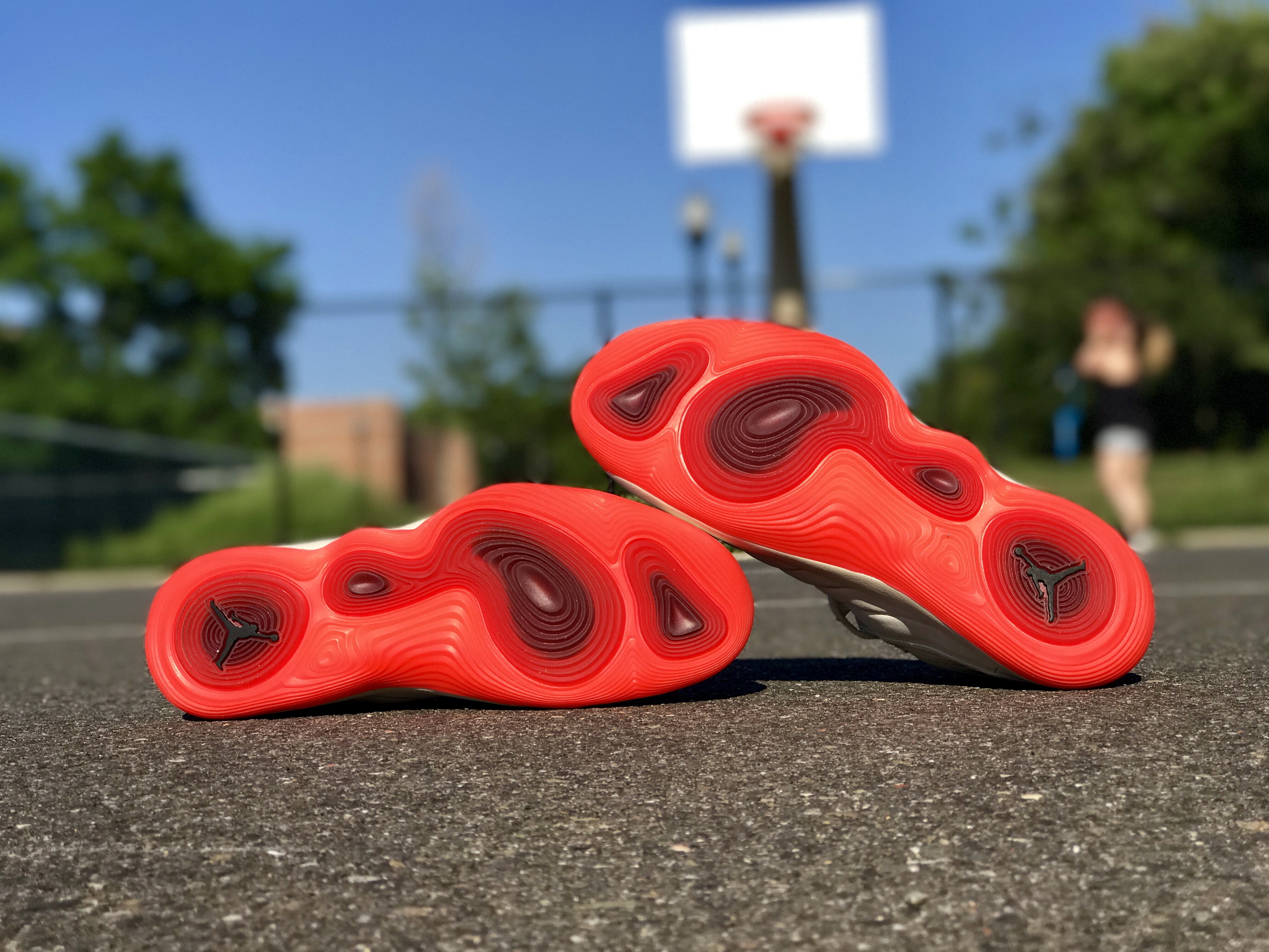 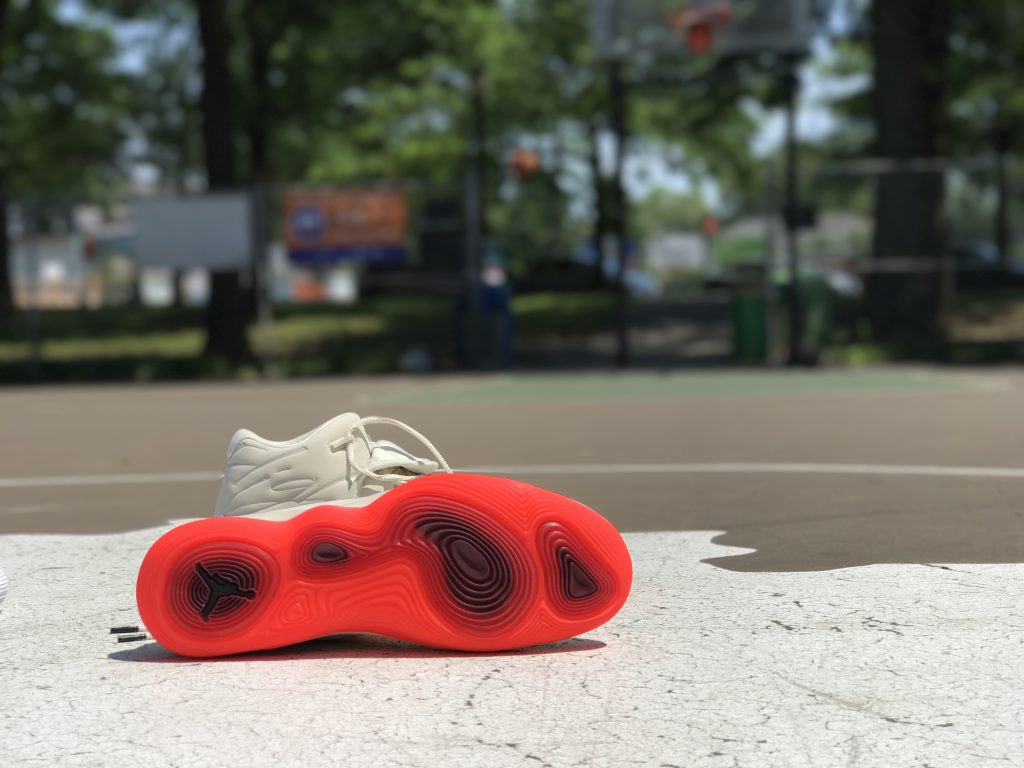 Traction – Like the React Hyperdunk 2017, the traction was awesome and consistent. Keyword, consistent. Whether you play outdoors or indoors, the outsole stuck to the ground — and it should, because it was created with science. The rubber compound used on the cupped outsole is a highlight of the shoe.

While the pattern’s durability outdoor has yet to be determined, I held my ground on hard cuts without any hesitation during the games I played on the blacktop. I hope Jordan Brand continues using this type of rubber compound (although XDR is still beast) and data-forward pattern in future models because it’s been fun. 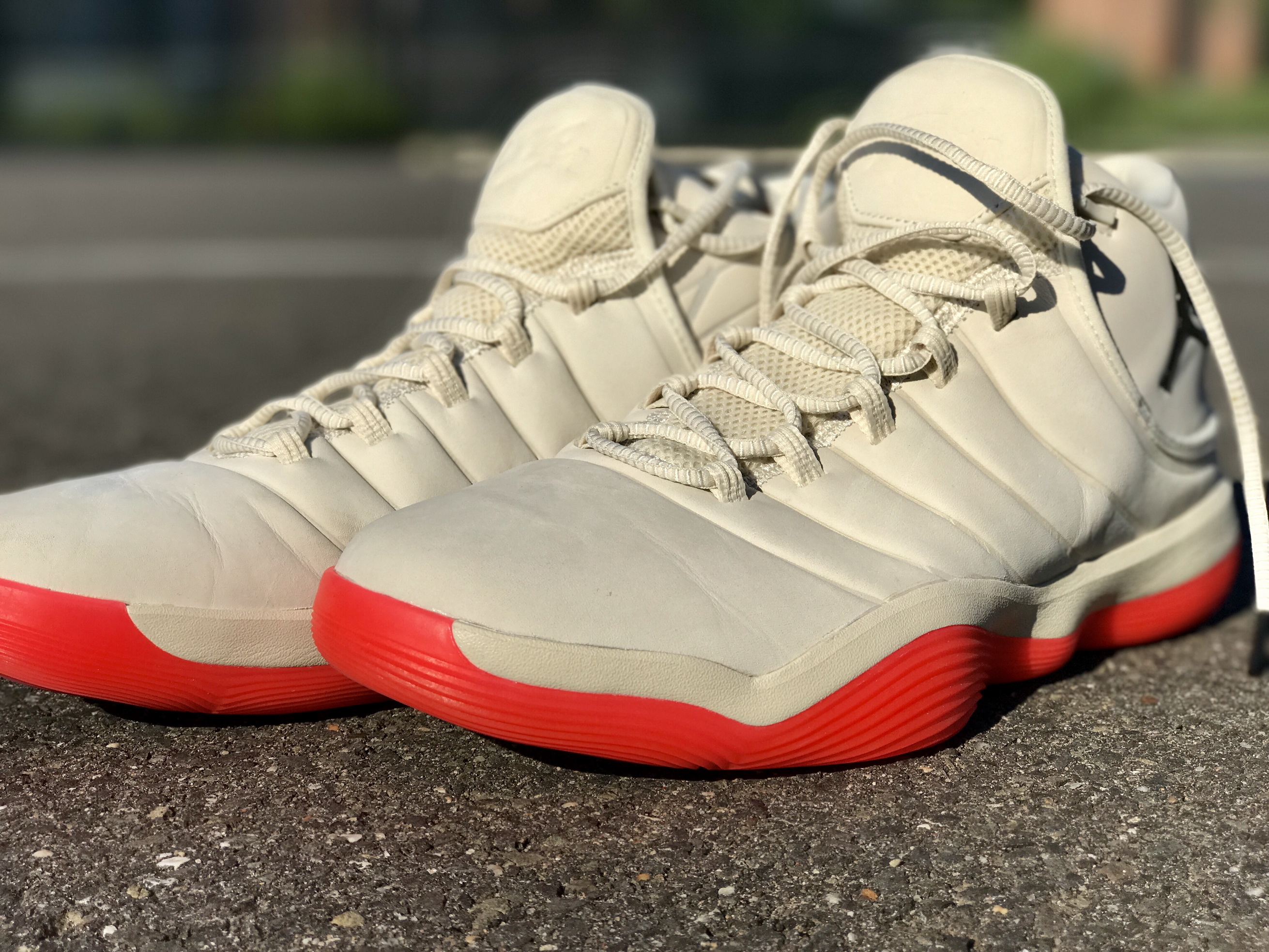 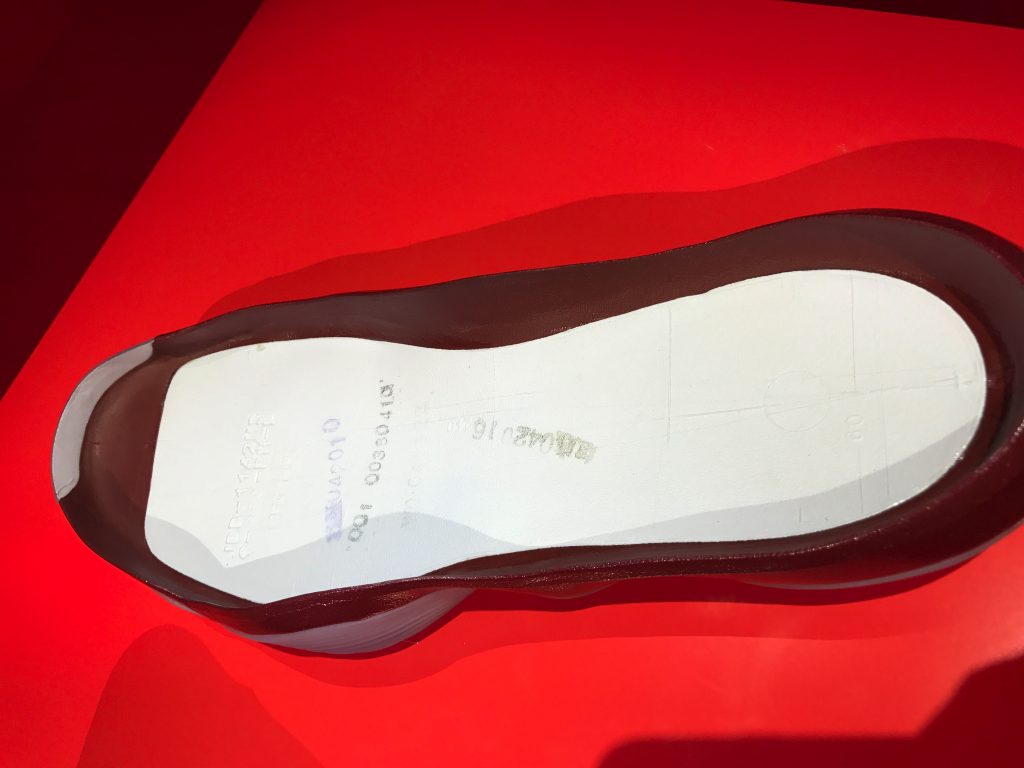 Cushion – React! So far, still waiting for it to React! Nike’s “new” technology is one of the most hyped cushioning systems since Unlocked Zoom Air. Yet, it didn’t play to its strengths.

Like I stated in my Nike React Hyperdunk 2017 performance review, that the cushion lacks the effective bounce I expected. While I did feel it here slightly more than the Hyperdunk 2017, it wasn’t enough for me. The feedback you get comes directly from the OrthoLite insole and I needed more from React than that. While the cushion is full-length, there is no way for the material to expand without coring out key areas — something that had been done on other models.

While this is the first iteration of React, the design team seems to be moving in the proper direction. Does anyone remember that Boost in adidas basketball shoes didn’t fully evolve until the CrazyLight Boost 2015 — almost three years since its initial release in basketball? This is by no means a comparison between cushions but a time frame for when we can expect the cushion work better.

If the shoe added Zoom units to the forefoot and heel with the React I’d be willing to pay an extra $10 bucks for this setup. React has a ways to go but we like that Nike and Jordan Brand are trying new things — just like we’d hoped for. 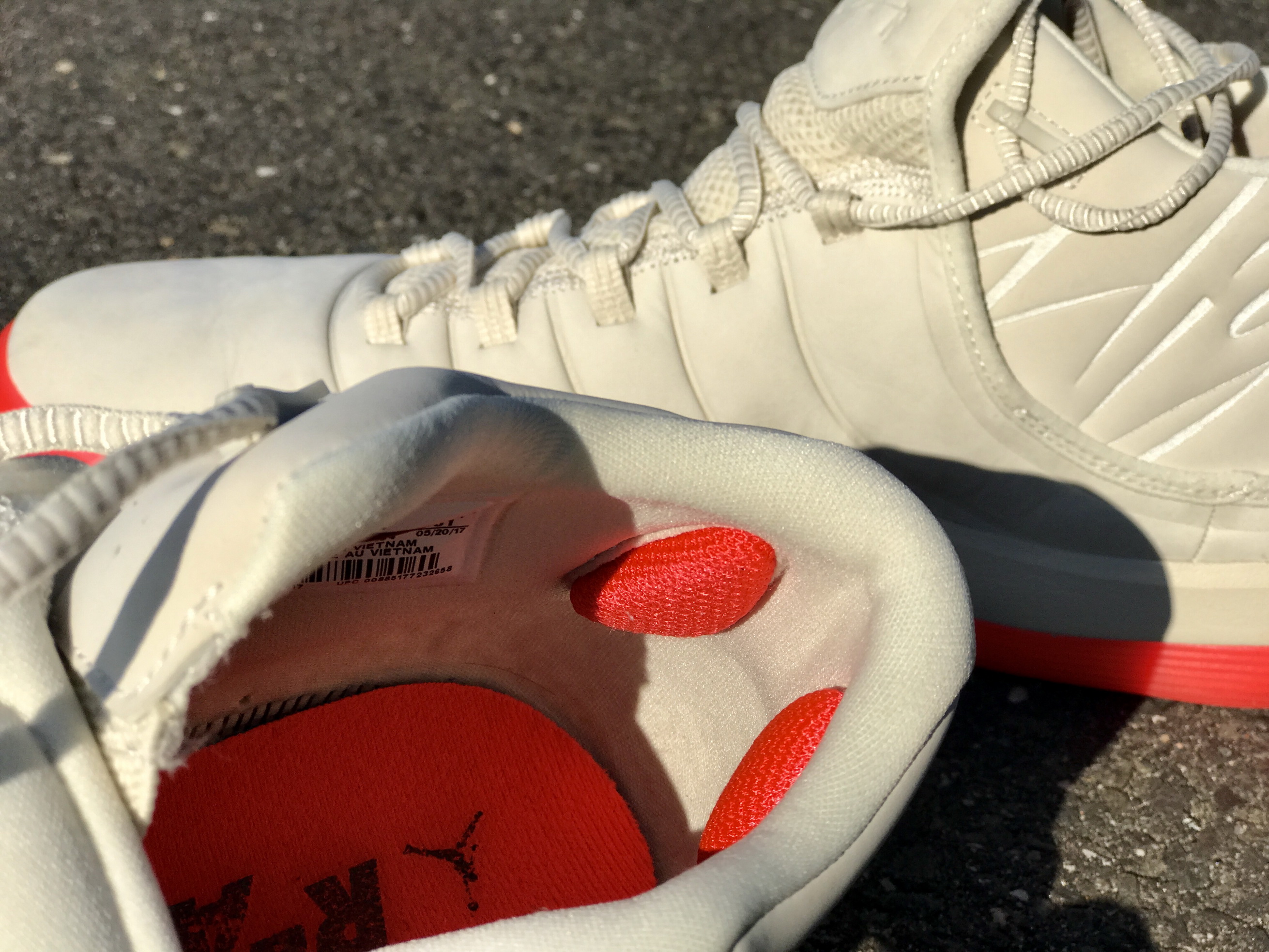 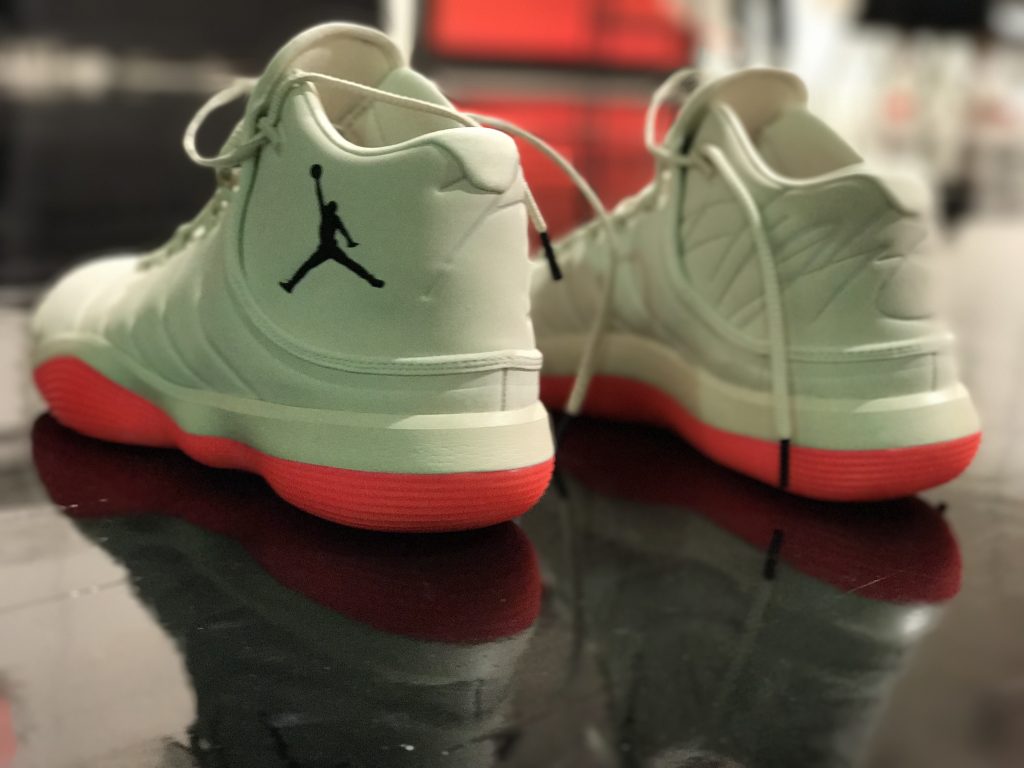 Materials – This particular build is a lot like an old school ’90s shoe. Is that bad? Abso-freaking-lutely not. The usage of synthetic raw materials — nubuck from heel to toe — gives the shoe not only a nice look, but nice durability. Other options include some patent leather at the heel, or an entirely textile/mesh upper. While that format reduces some weight, you’ll sacrifice the longevity of the shoe due to the materials stretching quicker (but, you do away with break-in time).

Interior pillows wrap around your Achilles area for step-in comfort, and you ride atop full-length React foam in a Phylon carrier. For the price you are paying this is what you should expect to have in a shoe. 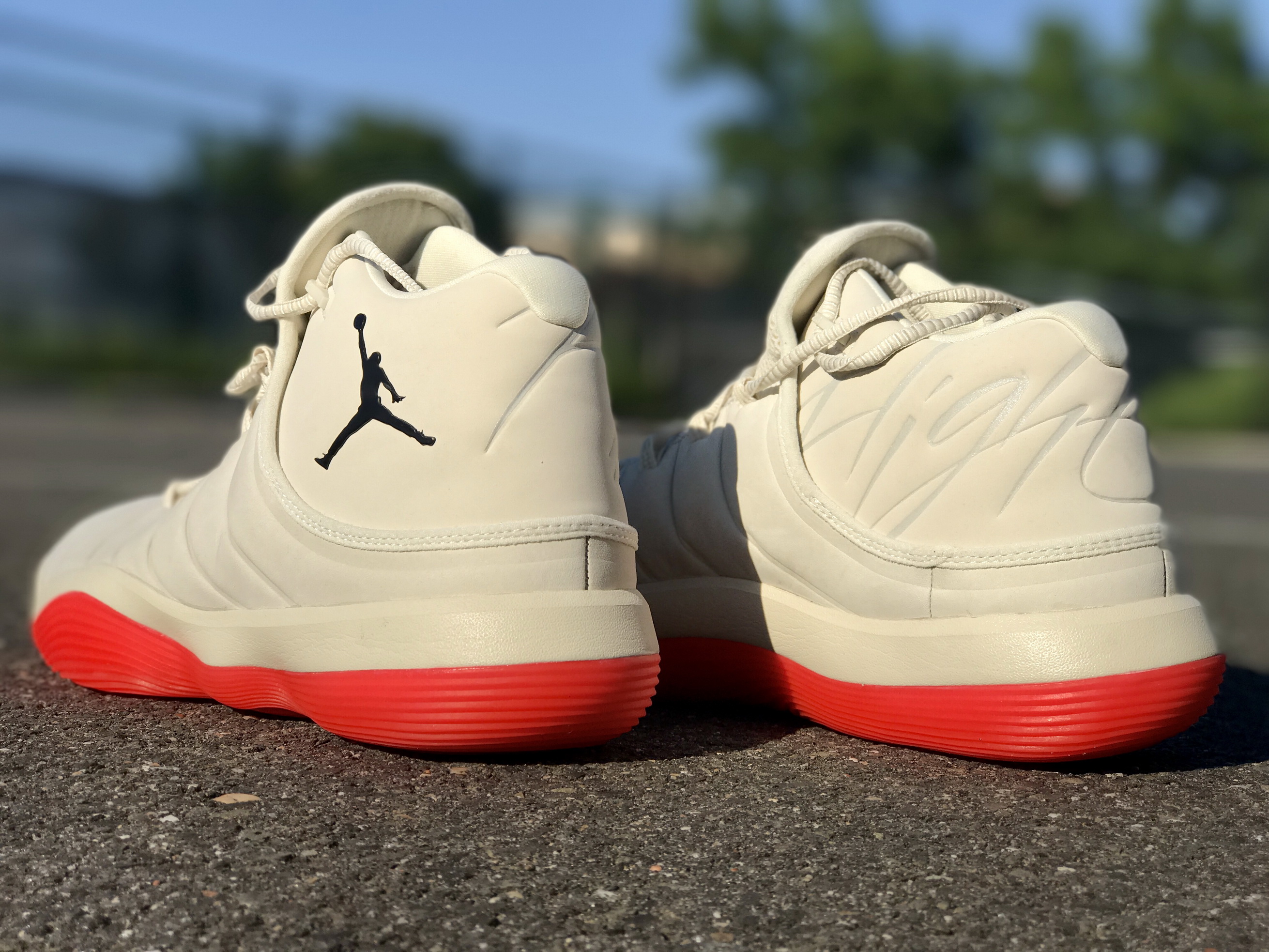 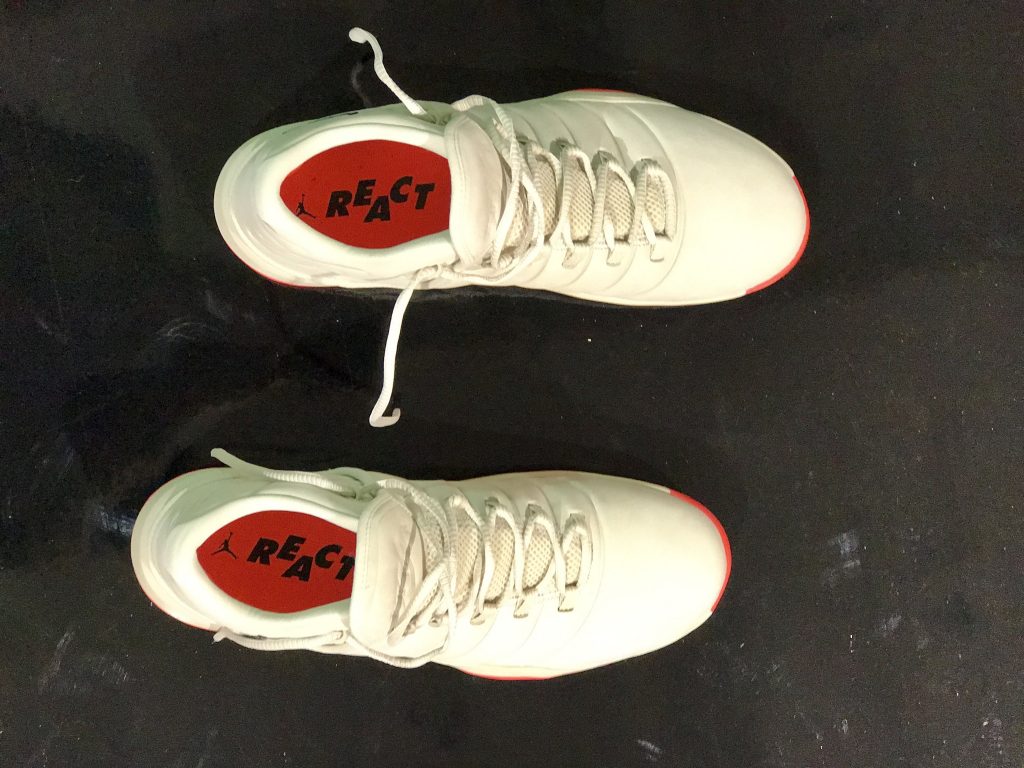 Fit – True to size. Even with my slightly wider foot, I didn’t have a problem with the fit whatsoever. The only exception, and it’s minor, is initially getting your foot into the shoe. The shoe has some stretch at the tongue, but once your feet are in, you aren’t going anywhere.

The lockdown from heel to forefoot was more than exceptional without restriction of any type in terms of movement. The shoe has a slight snug feel to it, but over time, the force and heat from your feet will contour the materials to your foot nicely — almost to the point where your feet are completely molded into the shoe, like it’s made personally for you. 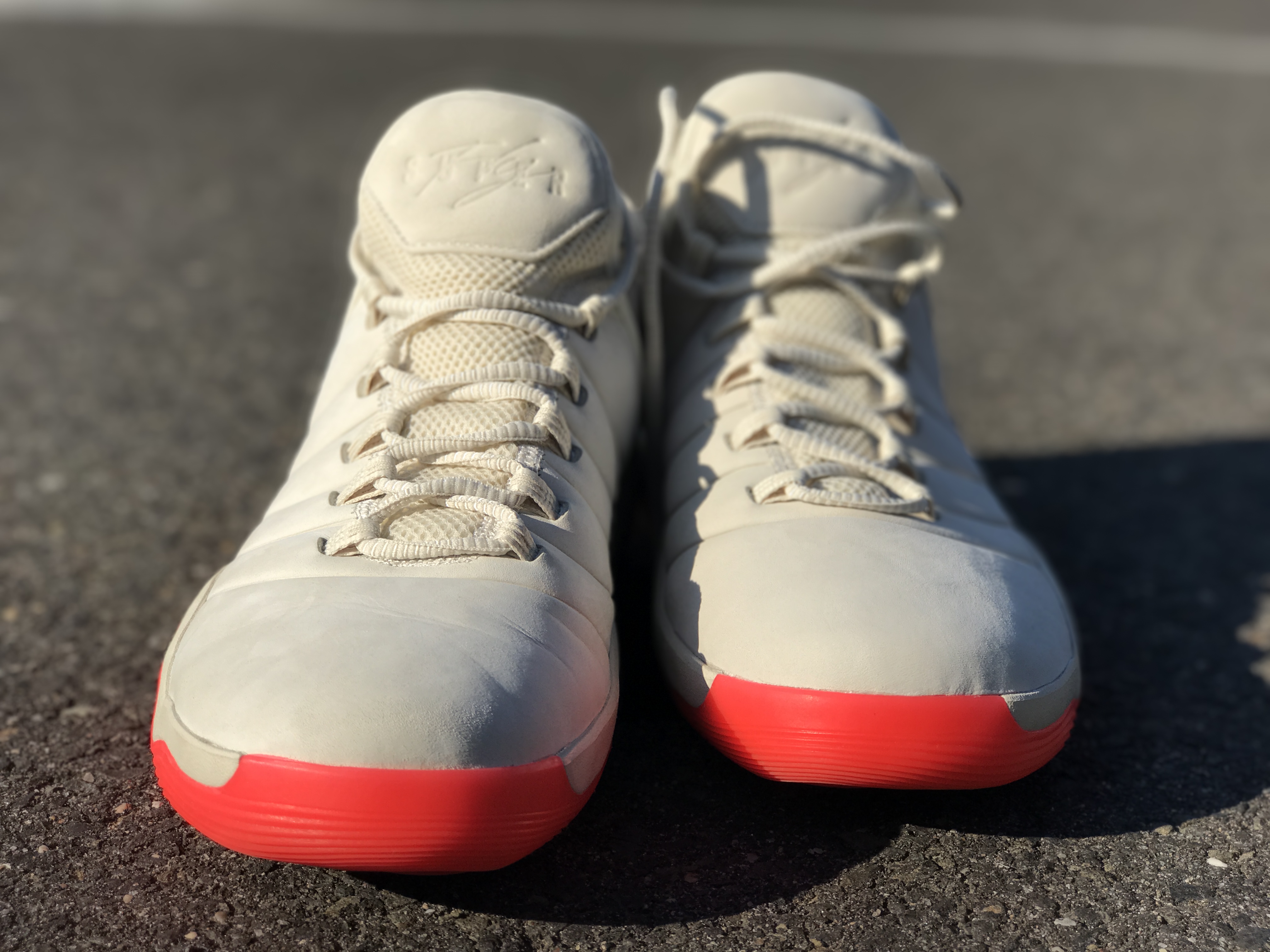 Support – The support on the Super.Fly 2017 was good. It features an internal shank bar, internal heel counter, and heel pillows for comfort that help secure lockdown and offer good traction (especially with the extended design of the midsole tooling and outrigger). What more can you ask for?

The containment of the shoe has improved due to the cupped midsole that wraps up your foot, keeping your feet down in the footbed no matter how intense the movement you make. Almost everything you want in a performance shoe is here. 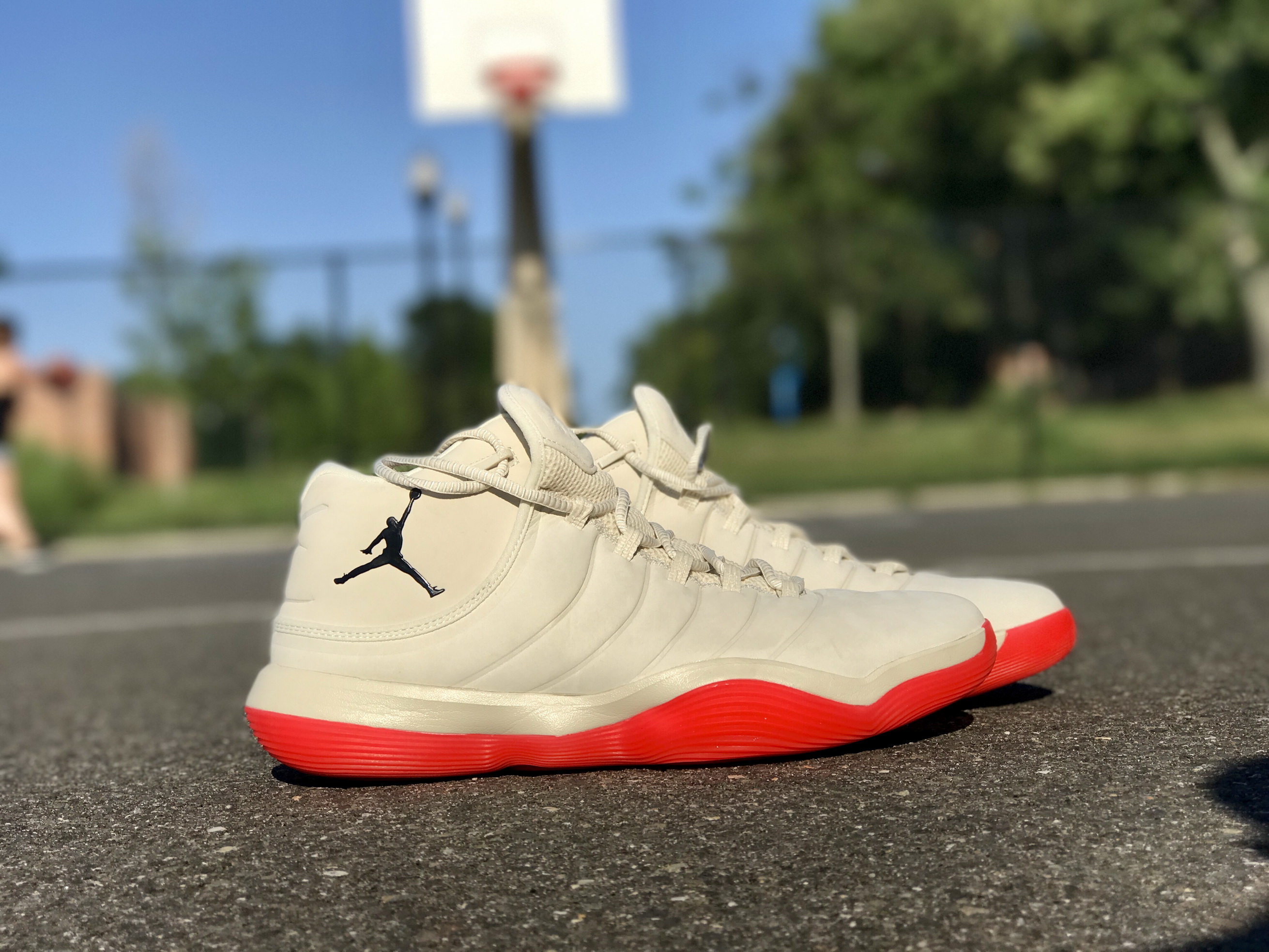 Overall – The Jordan Super.Fly 2017 was an absolute delight to ball in. Whether it be indoors at the Terminal 23 Jordan Court or the blacktops of New York City, the shoe hit almost every aspect of what is to be expected from a performance shoe. If you’re okay with the firmness of React cushioning and enjoy a low profile on-court ride, this has you covered with traction, lockdown, and stability.

For an athlete like Blake Griffin, with his above-the-rim game, I expected his line to have more cushion to alleviate the forces exerted on knees and legs upon landing impact. An athlete like myself, who plays a different type of game, may prefer a softer setup with more feedback. Again, if Zoom Air was added, or React was tweaked to be more responsive, it could be a game changer. Only time will tell.

Big thank you, Jordan Brand family for the Air Jordan Super.Fly 2017 and the extended invite to test these shoes out at Terminal 23 Court in NYC. 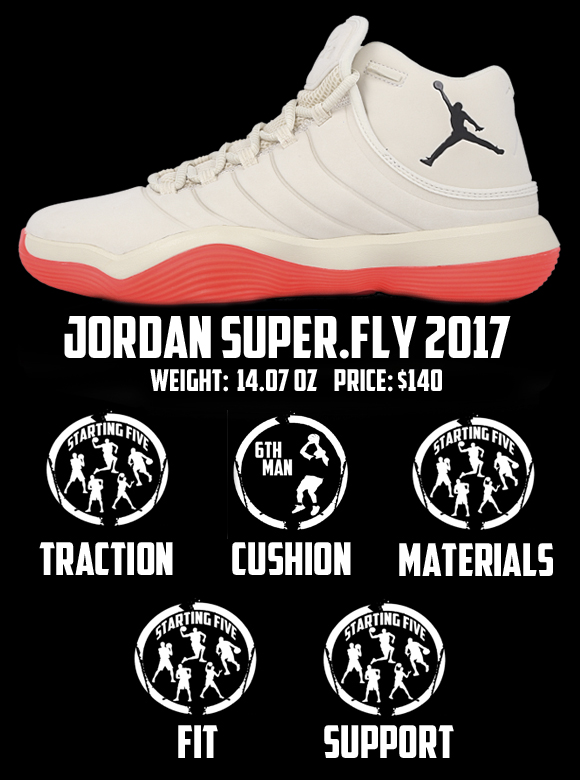