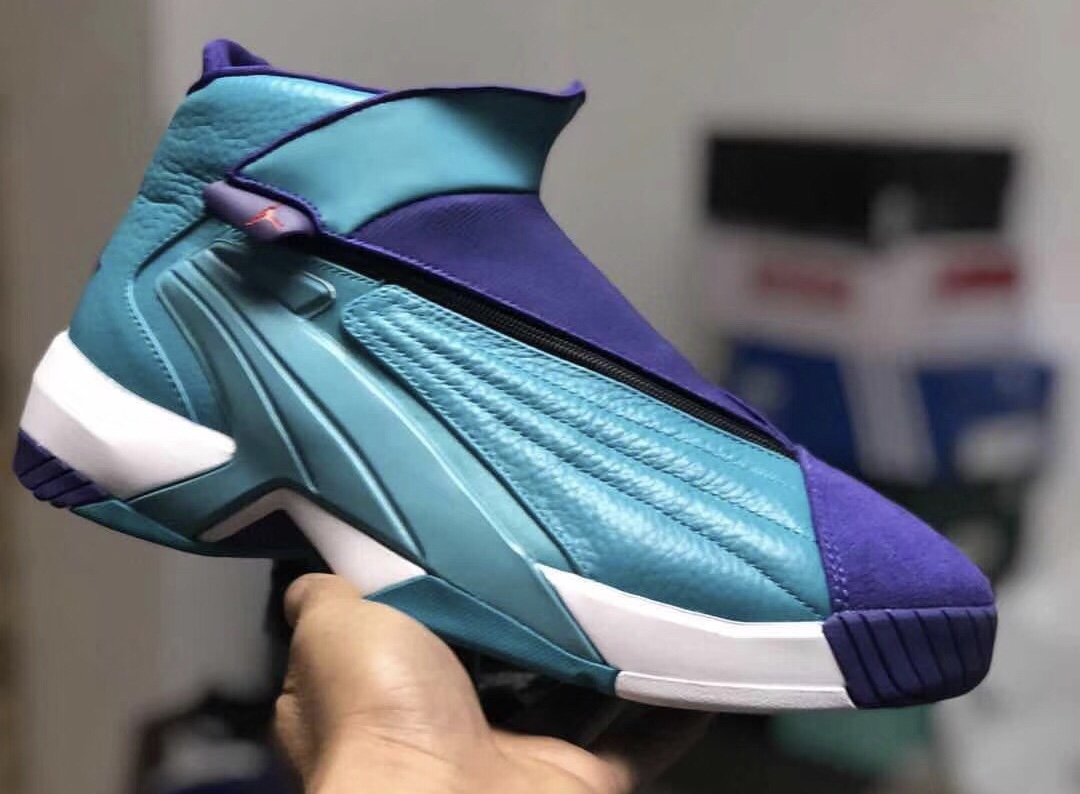 Is this brand new colorway of the Jordan Jumpman Swift 6 — an homage to Eddie Jones and his time with the Charlotte Hornets — foreshadowing a return for the classic Team Jordan model?

Most younger heads won’t know what these are, and some older heads may not remember them, but these were such an awesome unofficial signature model for Eddie Jones back in the early 00’s.

The Jordan Jumpman Swift 6 took design elements from the Air Jordan 15 and tweaked them to fit Eddie Jones’ game. With a zipped up shroud enclosure, genuine leather build, herringbone traction, and Zoom Air, the Jumpman Swift 6 was a performance beast back in my day. It was also much more affordable than the annual flagship Air Jordan but didn’t skimp on any of the premium tech touches.

Now, the shoe has been spotted online in this brand new never-before-seen colorway that clearly points a finger towards the Charlotte Hornets. Not only are the Hornets owned by MJ himself, but Eddie Jones, one of the original signature athletes of Brand Jordan, once played for the squad.

There is no official word on whether or not we’ll see this sneaker hit retailers, but we do know that the shoe pictured here is a brand new mockup of the Jumpman Swift 6; the “EJ” branding that was once on the rubber tabs of the zip enclosure have been replaced by Jumpman logos.

Stay tuned for updates on the Jordan Jumpman Swift 6 possibly seeing a retro release soon. Let us know if you’d be excited to grab a pair if it comes back.