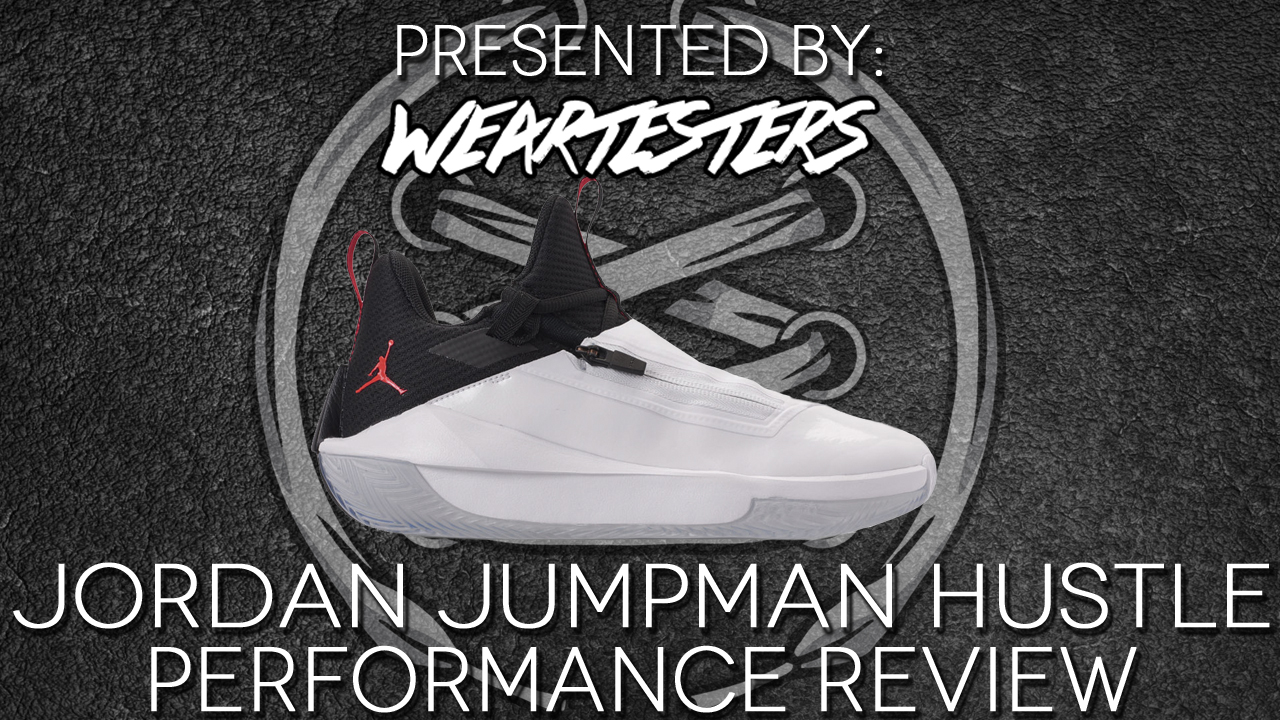 Every day I’m Hustlin’! Jordan Brand has brought some nostalgia back bringing back a team shoe, for this case, the Jordan Jumpman Hustle PF. This particular Asia release model adds the sticker of PF (Performance Fit) and XDR rubber traction outsole. Is it a massive change compared to the US release? Well, we’re about to find out…

The only difference between this model and the US release is mainly the XDR rubber solid rubber outsole. Traditional herringbone traction is used and sometimes it’s the simple things are what work best. I’m very glad it’s used here. On clean courts, the traction was awesome, but once you get those pesky dust particles roaming about then the shoe needed more wipes than a baby’s behind (but that generally goes for most shoes).

Again, as long as you’re on nice, clean courts, you’ll be game ready no matter if you’re indoor or outdoor. I find that the XDR version seemed to grab the ground a lot more on outdoor courts, so that definitely says a lot about the compound used on the shoe. Although the rubber still felt a bit soft. No matter what I threw at it, this shoe traction really held it’s own.

The Jumpman Hustle PF features forefoot Zoom Air along with a very lightweight Phylon midsole. For a big buy like myself, that needs that extra impact protection, these felt really good. Really, really good. For a shoe that has such a soft and lightweight Phylon midsole, I really felt the feedback under foot. This is most likely because I’m heavy footed. However, as much as I dislike comparisons, the shoe plays similar to the PG2, just with a bit more responsiveness upon impact. So for those that land heavy on rebounds, or those that require a little more impact protection, the Jumpma Hustle has you covered no matter what position you play. For the price, the shoe is one of the most comfortable currently on the market.

The Jumpman hustle utilizes Synthetic and fabric textile upper — this is the other aspect that differs from the U.S. version that utilized a vinyl enclosure. Nylon lace loops can be found under the shroud as well as patent leather-like material surrounding the midfoot and around the toe. While the material combination is nice, I do wish there was a little bit more strength behind the materials/build. I found the shoe to have some minor stretching depending upon my movements — especially with hard cuts. I didn’t find this to be a major issue, however, you can feel when it stretches which would cause me to second guess some of movements.

True to size, even for a wide-footer like myself. This is likely due to the this being the overseas release version. The PF models tend to be built on a slightly wider last to accommodate the Asian market. I don’t see it as an issue overall with anyone else because the lockdown of the shoe is nice, however, lateral containment might cause minor instability due to the lack of structure backing the materials on certain parts of the shoe. If you’re a wide footer and prefer to not size up then it’s best grab an overseas edition of Nike/Jordan models.

Support was good, not great, but good. Lateral support from the materials are slightly lacking which is what I felt was the biggest downside. It wasn’t a deal breaker as I love playing in the shoe, but if you wanted more strength within the upper then this might not be for you.

Overall, the Jordan Jumpman Hustle was a delight to play in. And the price point is perfect as well. They have almost everything you can want in a basketball shoe without breaking the bank. They’re super comfortable (even for a big man like myself), very lightweight, yet plays really well on the court (even outdoors). For those looking for a soft ride, that looks nice on court, and caters to your fast pace up and down game, then this shoe will fit your needs.

It’s definitely nice that Jordan Brand brought back a team shoe not only for the nostalgic purpose but it gives consumers options. Not saying that we don’t want to play in signature models, but it’s nice to have a choice to pick any shoe given, and not have to worry if it will perform on the court or not, because these shoes, they perform well. This is it chief.

I look forward to seeing if there are future generations of the Jumpman Hustle because if the designers can continue to create shoes like this, at these prices, then it’s definitely something I’ll be looking forward to in the future. 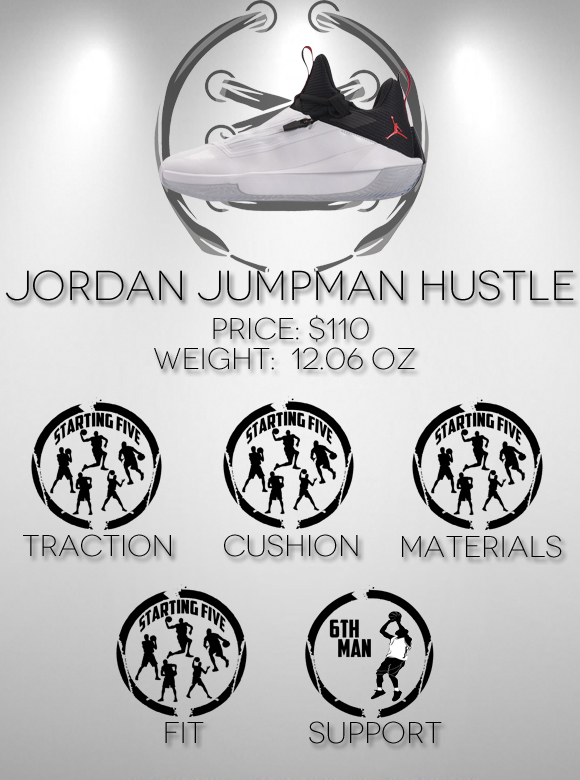