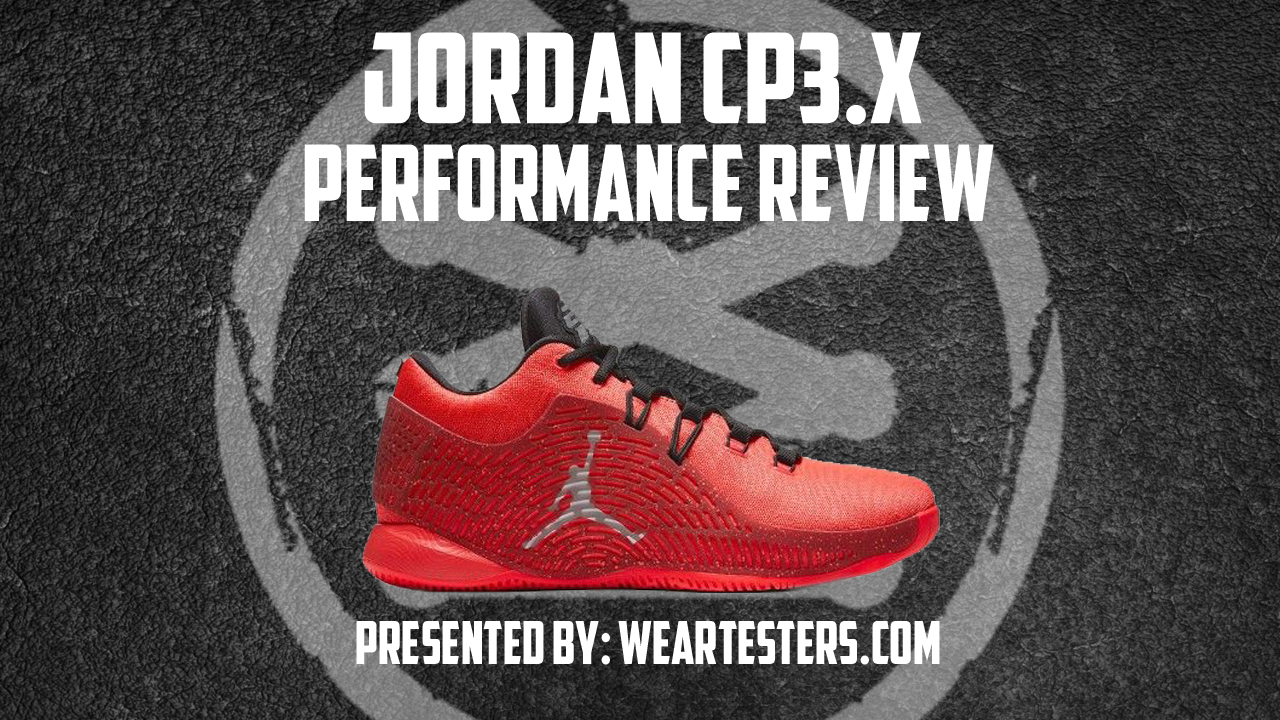 The Jordan CP3.X is a perfect example of how just a single component of a shoe can take it from being a top class performer to collecting dust on a shelf.

The traction on the Jordan CP3.X wasn’t anything memorable but it got the job done. The traction pattern features a circular wave-like design that expands from the medial side of the foot. The pattern is very similar to the rubber overlay that sits on the upper and does a good job unifying the shoe’s design elements. The groves are also pretty thick and sturdy, which not only makes dust less of an issue, but also makes the traction pattern more durable.

Would I recommend them for outdoor use? That’s a tricky one because the compound is definitely more sturdy and durable than a lot of other shoes on the market, however, it doesn’t compare to a shoe that’s meant for outdoor play like one with XDR rubber. Overall, I was satisfied with the traction, but I wasn’t blown a way. If you’re looking for a shoe to stick to the floor like glue, I’d look somewhere else.

Remember when I said there was one aspect of the shoe that ruined it for me?  Yep, it’s the cushioning. The Jordan CP3.X features the same forefoot articulated Zoom unit that was implemented in the Jordan Ultra.Fly and CP3.IX. In my opinion, I didn’t like it then, and I still don’t like it now.

The issue with this system, for me, is the fact that the individual Zoom pods are so small that they really don’t compress very much, which makes them feel hard. Of course, the more that I wore them the more the Zoom pods began to compress, but it really never felt comfortable for me. The model does provide for a lot of court feel, although that isn’t my preferred setup. But it wasn’t the court feel aspect that I had the problem with; the small Zoom units just felt uncomfortable and awkward, like there was something stuck to the bottom of my shoe. I almost would have preferred if there had been no Zoom in the forefoot at all because this would have allowed for the maximum amount of court feel, without the discomfort of the Zoom unit.

If you’re a fan of court feel, or if you’re heavy enough to really compress the Zoom unit, you may end up liking the cushioning more than I did. Overall, I really wish that Jordan had changed up the cushioning system for it’s latest model, but there’s always next year, right?

Jordan Brand absolutely killed it with the materials on Chris Paul’s newest shoe. When I first saw the overlay on the upper, I was quite skeptical. I wasn’t a huge fan of the way it looked and I was scared that the material was going to be a firm plastic. When I first held the shoe in my hand I was pleasantly surprised. The wave-patterned overlay that covers a good portion of the upper is made of a malleable rubber that does a great job keeping your foot in place, while also allowing your foot to flex when needed. It is very similar to the Kurim material that is found on the Jordan Ultra.Fly. The wave pattern ties in well with the outsole of the shoe, and the look has really started to grow on me.

The rest of the upper features a high quality performance weave which feels amazing on the foot. It is very soft to the touch and provides just the right amount of support while simultaneously wrapping around your foot. There was zero break in time needed with this upper, and right out of the box it was a joy to slip on my foot.

Because of the outstanding materials that Jordan Brand used, the support on the Jordan CP3.X was very good. As mentioned earlier, the rubber overlay did a great job in supporting the lateral side of the foot when making cuts, while not restricting forward movements.

One of my favorite features of this shoe is the lacing system. This setup features not only Flywire, but a dynamic setup that connects to the tongue. It’s a pretty unique system that allowed me to lace up the shoes extremely comfortably and tight. The V-shaped structure that the lacing system has also conformed to my foot quite well and looked great from the top down. I felt extremely secure in these shoes and loved the way that they wrapped around my foot.

The new CP3’s fit true to size. If you really want a tight fit with that woven upper, you could go down half a size. The combination of the rubber overlay and the performance woven upper provide a very snug fit, which pushes you down and helps to keep your heel in place. I never felt any issues with lockdown because of how well the lacing system keeps you strapped in.

JB was so close to hitting the nail right on the head with the Jordan CP3.X. If the cushion setup had been more comfortable I could see these being one of my go-to sneakers for ball. However, because of the awkward feel of that Zoom unit, these are going to fall out of my rotation.

For more from Quick Kicks, visit his channel here. 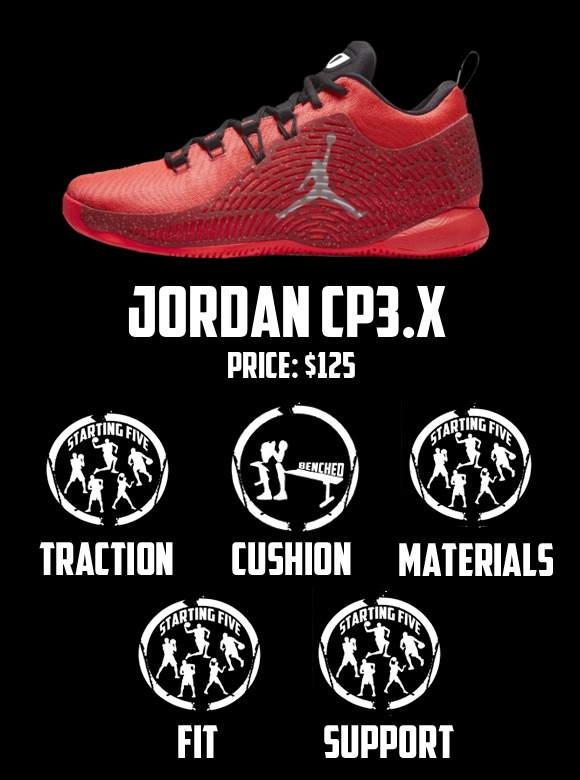