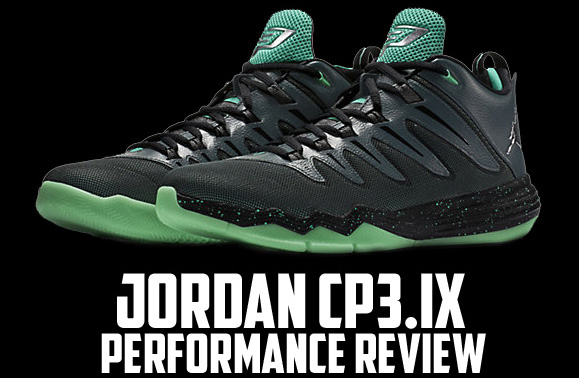 Zoom is back…or is it?

Traction – Beastly. Not quite Kobe 9 level, but I didn’t experience any issues on any of the courts I played on. Mind you, I never played in them outside. The rubber is on the softer side so I wouldn’t choose to hoop in the CP3.IX outdoors anyway. Even on dusty courts I never needed to wipe. No idea why, and I won’t complain about it either. The less you worry about your shoes while you’re playing the better. You won’t receive that squeak that a lot of people correlate with good traction – but that doesn’t mean it’s not working.

Cushion – I won’t say that I hate the cushion…but I’m not a fan of it. This is just another shoe that utilizes Zoom Air and you can’t feel it. At least I couldn’t feel it. I loved the setup in the CP3.VIII, and CP3.VII — which both used Zoom Air in some way — but these just fell flat of expectations. I thought that having the Zoom protrude out of the shoe would give you an Air Jordan XX8/ XX9 feeling, but all it did was feel like I had something stuck under my foot the entire time. It had no responsiveness of any kind.

The cushion isn’t bad enough to give it a Benched badge thanks to the foam not being rock hard, but it definitely wasn’t anything to be impressed about. Transition was nice though, I’ll give it that. Smooth and fluid motion so that’s a plus. But if you’re thinking that you’re going to experience something amazing with the cushion, think again. 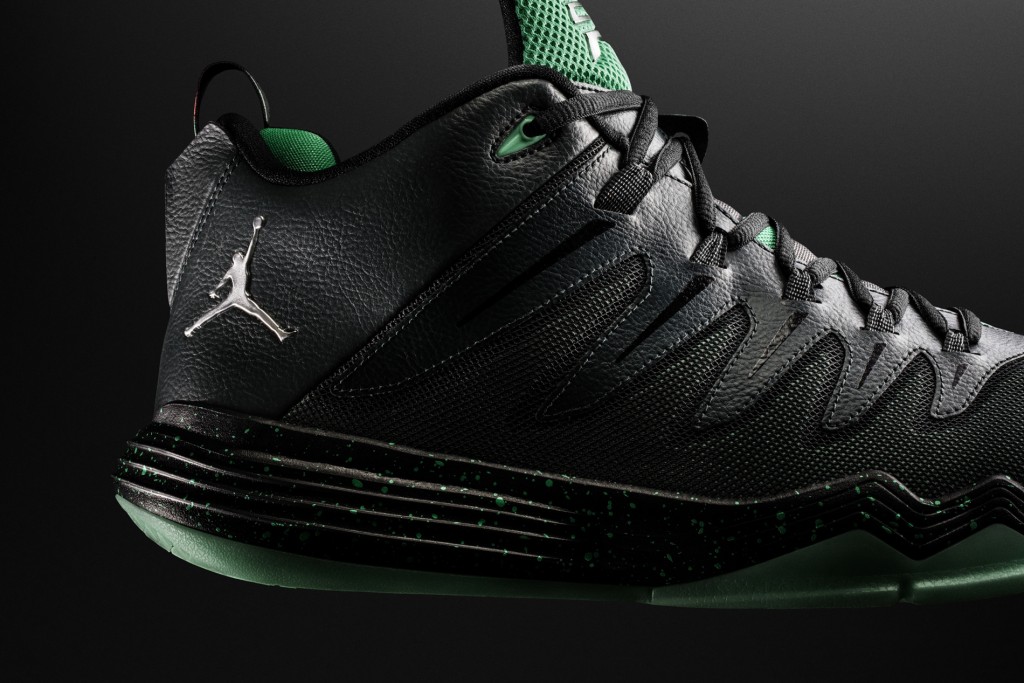 Materials – When I reviewed the CP3.VIII I wasn’t happy with the materials at all. They were durable, but just not something I personally enjoyed, and definitely nowhere near as nice as what was used on the CP3.VII. Then the CP3.VIII AE dropped and I loved the materials used on those. Same thing applies here with the CP3.IX’s. Materials are just awesome. I don’t know how they can get a foam-backed mesh setup to be so supportive, but they’ve done it and done it well. The upper flexes with the foot and requires little break-in time while remaining supportive enough for movements. If you cant go woven…this is the next best thing. 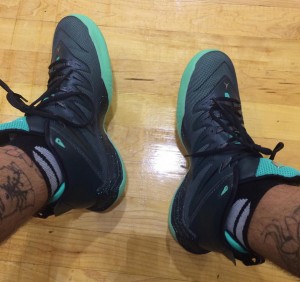 Fit – They fit true to size and the overall lockdown, from heel to forefoot, is excellent. The lace loops are like seat belts. Your laces would usually do most of the heavy lifting as far as keeping you locked into the shoe, but with the CP3.IX you have belts that really harness you onto the footbed. The more you tighten the laces, either by hand or by making a cut or move on-court, the tighter the belts fasten up. Its a really cool feature, but one that comes with it’s fair share of issues.

I ran into an issue with the bungee lacing system – that aren’t bungees at all – which caused a lot of discomfort. This might be my foot alone, although wide footers and those with high arches may also run into the issue as well. Basically, there was way too much pressure on top of the foot and it would cut off circulation and pinch some of my nerves. I was hoping it’d get better with every wear, but instead it just got more apparent that these just don’t work with my foot. There is more detail about the lacing system that I will cover in the video version of the review because it’s something that’s easier to show than describe.

In a nutshell, they provide ample lockdown, but there might be discomfort for some. They will receive a Starting 5 badge due to the fact that fit, lockdown and containment are all excellent. Again, the issue with the bungee lacing may affect some but not others. So we’ll leave it as a note or something for you to keep in mind before purchasing.

However, I would highly recommend trying this shoe on before committing to buy. Unless you don’t mind returning online orders if the fit isn’t too desirable once you’ve gotten them in.

Support – There are the typical support features on the CP3.IX. Torsional shank bar – it can be seen underneath the shoe – that I originally thought was a FlightSpeed Plate, along with the seat belt bungee lacing. All of which do one hell of a job keeping you secure and in the shoe. There isn’t a giant outrigger or anything, but the midsole does extend past the foot a bit – while remaining low to the ground – so you likely won’t experience any issues. Unless you land on someone’s foot. But you’d be pretty screwed in nearly any shoe if that were to happen. Trust me, I’ve landed on someone’s foot in almost every shoe I’ve ever played in and every time I end up with the same result…pretty damn screwed.

Overall – Guards will likely enjoy the shoe, but if you were expecting FlightSpeed type of cushion then you’ll be pretty disappointed. Traction and materials are two of my personal favorite attributes on the CP3.IX, and I would have included their incredible fit/ lockdown in there had those non-bungee bungees stretched a little. No idea why they didn’t just use actual bungees like they did with the AJ10 — that would’ve made much more sense than nylon ribbons. Overall, solid performer with a few flaws. Hopefully they fix these issues for the AE edition, otherwise the CP3 will likely stay out of my rotation completely. 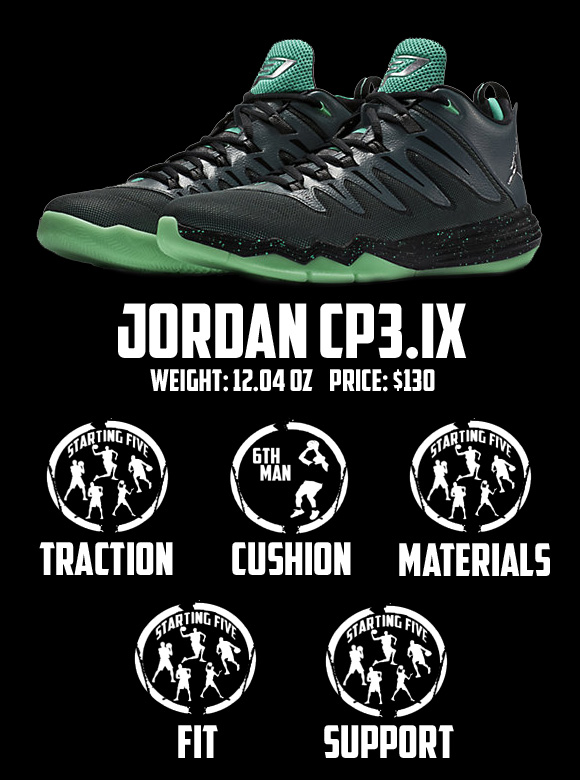