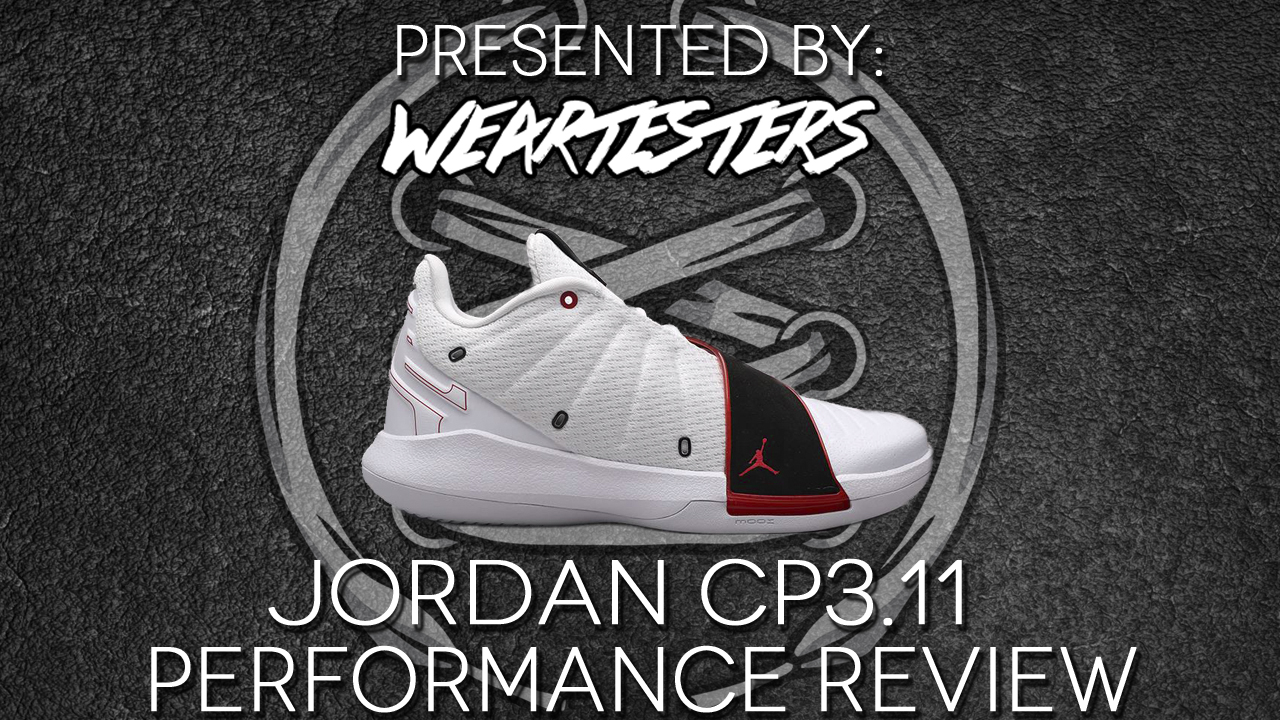 Chris Paul (with the help of James Harden) has lead the Houston Rockets to the Western Conference Finals. That means it’s about time to find out if Paul’s eleventh signature shoe, the CP3 11, is any good.

Nothing puts a level of expectation on an outsole quite like herringbone. Luckily, the outsole on the CP3 11 didn’t disappoint. Coverage is abundant and simple — two things that tend to make for good traction.

It isn’t quite as aggressive as something like the CP3.VI’s herringbone, a standard for Chris Paul’s signatures, but it works nearly as well (the CP3.VI had a bit more bite on the hardwood). The CP3 11 holds tight on a clean floor, as expected, and with only a slight delay on dustier settings. Even if the floor was really dusty, any slips would be caught with plenty of backup herringbone to spare.

One minor complaint would be that the pattern could’ve benefited from being a bit more spaced apart, as dust clumps catch quickly to the current compact design. However, a quick wipe and I was back on my way.

The rubber is soft but will grip outdoor courts, although there’s also plenty of surface space for the blacktop to burn through. If you choose to make this your primary outdoor performer then you should get some decent amount of playing time in them before needing to consider a replacement pair.

For cushioning in the CP3 11, heel and forefoot Zoom Air are laid directly into a semi-firm Phylon midsole.

The midsole itself is on the dense side, but it still has a bit of bounce to it. Couple that with the forefoot’s standard-sized Zoom unit (think Air Jordan 13) along with a moderately-sized Hex Zoom unit in the heel and you’ve got a pretty sweet ride.

It’s low enough to be considered a quicker ride, but thick enough to provide some cushion. It might not be as fast as some slightly lower-sitting models like the Why Not Zer0.1 or Kobe 1 Protro, but it’s faster than models featuring beefier cushion.

Due to the extra firmness and thickness (even though the thickness isn’t more than 1mm) in comparison to the two previous models I mentioned, I had a lot of foot fatigue during the first few nights. The feeling does go away the longer you wear the CP3 11 but it’s still something I needed to get used to. Maybe some flex grooves would’ve helped, but that’s just a guess.

Either way, the Jordan CP3 11 offers plenty of cushion and court feel for most guards. Larger wings and forwards that are nimble should find these to be very well suited for what they’d want/need in terms of cushion without sacrificing any support because the build isn’t lightweight or minimal.

That brings me to the materials. This colorway features synthetic leather on the heel and toe while the main body is comprised of a textile mesh. The mesh was awesome, as anticipated, but the synthetic leather was stiff and slow until broken in.

Having the forefoot be as stiff as it was likely added to the foot fatigue I was feeling from the midsole. Not all CP3 11 colorways feature the synthetic leather toe so if you can avoid it I would. Unless you like some stiffness in your shoe — yes, some players prefer a stiffer ride, and some feel it’s more supportive than the lighter knit and mesh models. I don’t mind having to break in an upper, but when I do, I prefer the end result to be a custom feeling build — which this type of synthetic leather just does not offer.

The CP3 11 fit true to size. However, the shoe can break in enough for those with a slightly wider foot, but those with really wide feet should try the shoe on. I still haven’t seen this model in a store but my local retailers aren’t the end all be all of inventory so it might be different where you’re located. If you can, try the CP3 11 on and see if it feels like something you’d enjoy running in.

The lockdown was solid. Dynamic lacing hasn’t been promoted as it used to be, but it’s in place on the CP3 11. When you lace them up you can feel each nylon thread cinch right around your midfoot as it grabs hold, without feeling like your foot is being choked. The heel sculpt was also comfortable and functional. No heel slip at all, and the shoes never felt like they were digging into my Achilles.

Support in the CP3 11 is adequate — nothing to write a novel over, but it’s simple and effective. An internal torsional shank is in place and works the way we have come to expect. It would have been nice had the shoe offered an external TPU shank; not for performance purposes, but I think that’d give the CP3 11 a slight pop with its otherwise plain aesthetic.

An internal heel counter is in place and works well with the overall fit. Meanwhile, the base is fairy flat which offers a ood level of stability. I’d love to have seen a wider design to the tooling to allow for an outrigger, but there was never an issue in lateral stability at the forefoot.

The base of the strap’s design doesn’t allow for much compression in that section so it could essentially take on the role of the outrigger without actually needing it there.  Whether that was the intent is something I’m not sure about, but it makes sense in my mind.

The Jordan CP3 11 is definitely a step in the right direction when compared to the CP3.X (10) and CP3.IX (9). The cushion, comfort, and traction have all been upgraded. Although I’d prefer the Flyweave build of the CP3.X over what we received on this colorway of the CP3 11, I’d take traction and cushion over the materials any day of the week.

If you don’t mind some break-in time then the CP3 11 might be the shoe for you, depending on your needs. It’s very well-rounded so I don’t see many players not liking the shoe. The CP3 11 doesn’t quite make it into my “rotation” — which doesn’t really exist since I’m constantly testing new shoes — but that’s because I personally find the Kobe 1 Protro and Jordan Why Not Zer0.1 to be a bit better in both of the key areas I pointed out above (traction and cushion).

Finding yourself with a pair of Chris Paul’s signature shoes isn’t a bummer this year. If your feet end up in a pair, share your experience with us in the comments below. 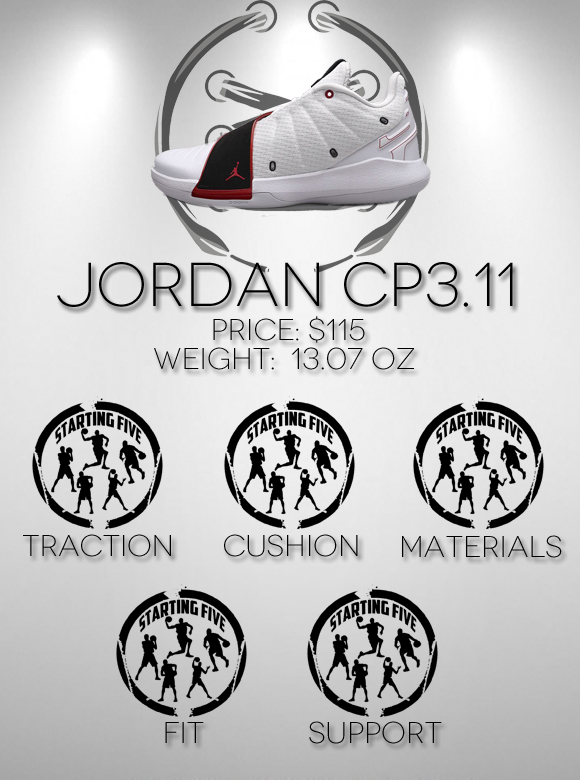