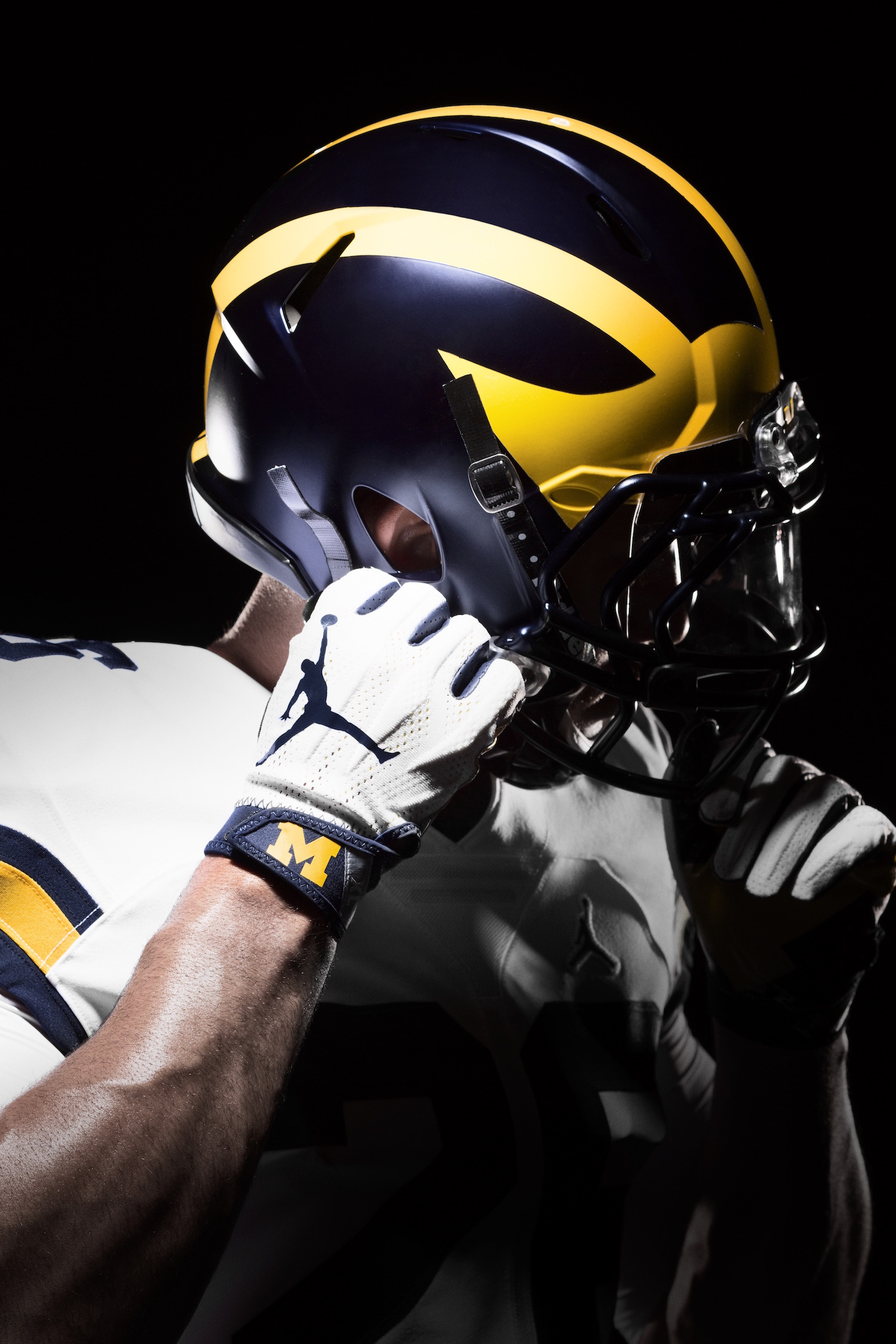 For the first time ever, Jordan Brand has partnered with a college football team: the University of Michigan.

“Michael Jordan never settled. His career was defined by his competitive drive, unwavering work ethic and a dogged pursuit of winning,” says Larry Miller, President of the Jordan Brand. “These same principles have guided the Jordan Brand since its inception, and we see a like-spirit in the University of Michigan. What started with a phone call between Michael and Coach Harbaugh comes to life today in an unprecedented partnership which further diversifies the Jordan Brand’s commitment to football and athletes.”

The Jumpman will adorn the new Michigan jersey, which is built on the Nike Vapor Untouchable chassis, and thus begs an interesting question: why has the college partnered with JB and not Nike proper? The answer is unclear, but it has set a new precedent for Nike’s nostalgia division. Now, it seems that Nike and Jordan Brand are interchangeable — the Jordan Brand has “diversified.”

Generally, in partnerships between sportswear brands and universities, the brand agrees to outfit all of the university’s athletic programs. It may be safe to assume that the basketball team and running programs will be lacing up the Jumpman as well. The Wolverines already have their own ‘Michigan’ Jordan Trainer 1 Low, which debuts on August 6 on Jordan.com and The M Den. Its price has not yet been announced.

Check out the new uniforms below and let us know what you think about this new partnership in the comments. What does this mean for Jordan Brand? Will Under Armour have to compete with Nike and JB in football now? Sound off below. 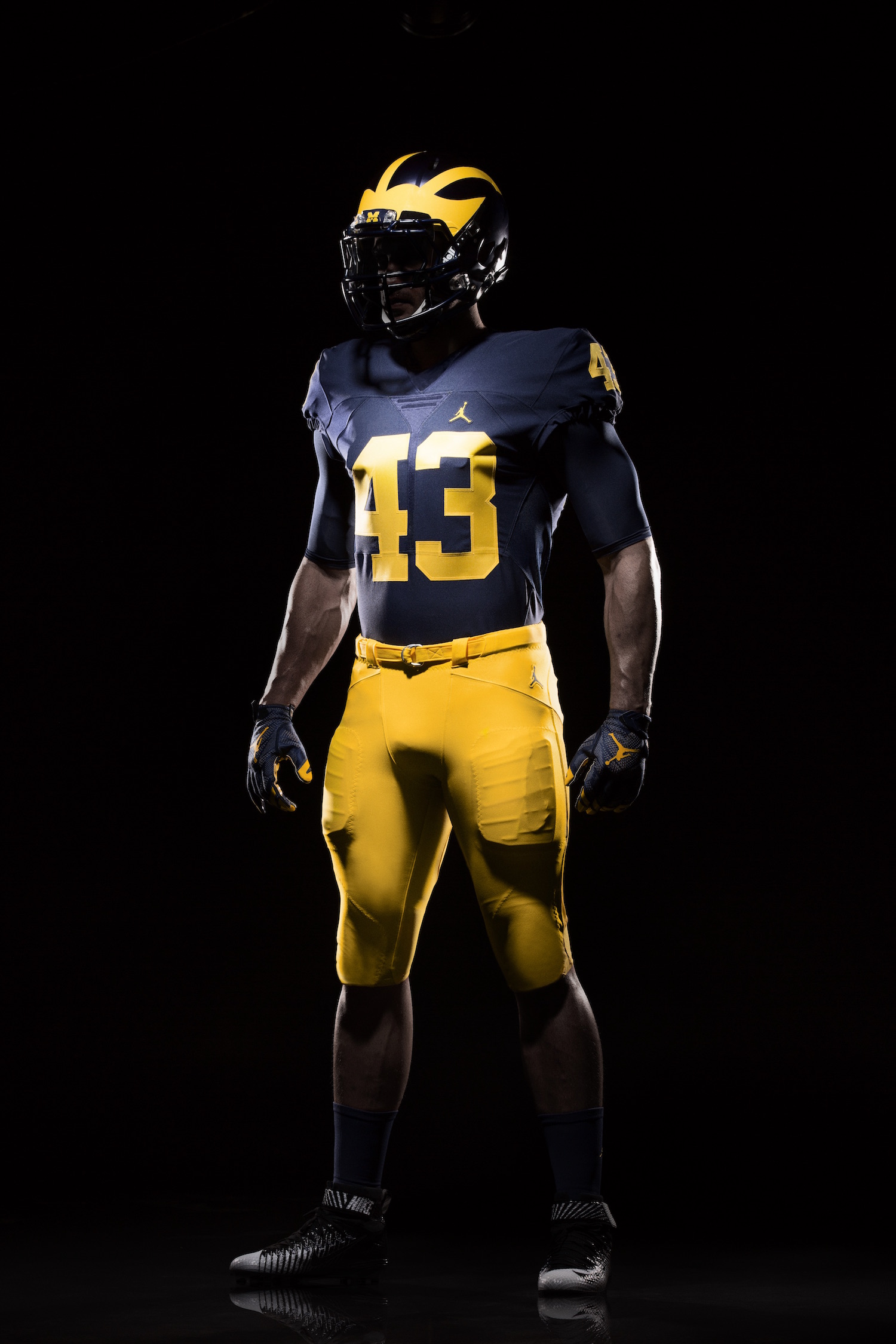 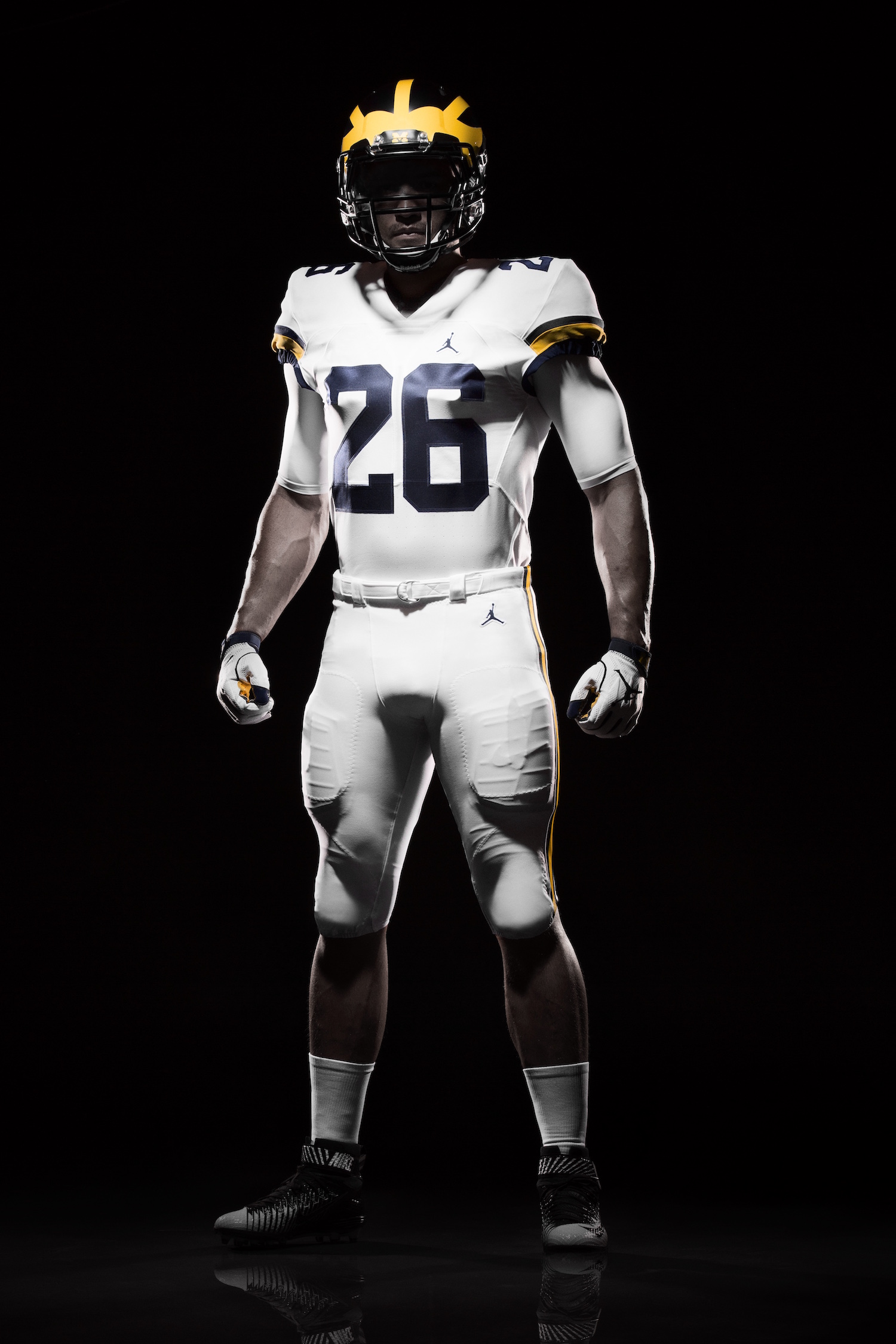 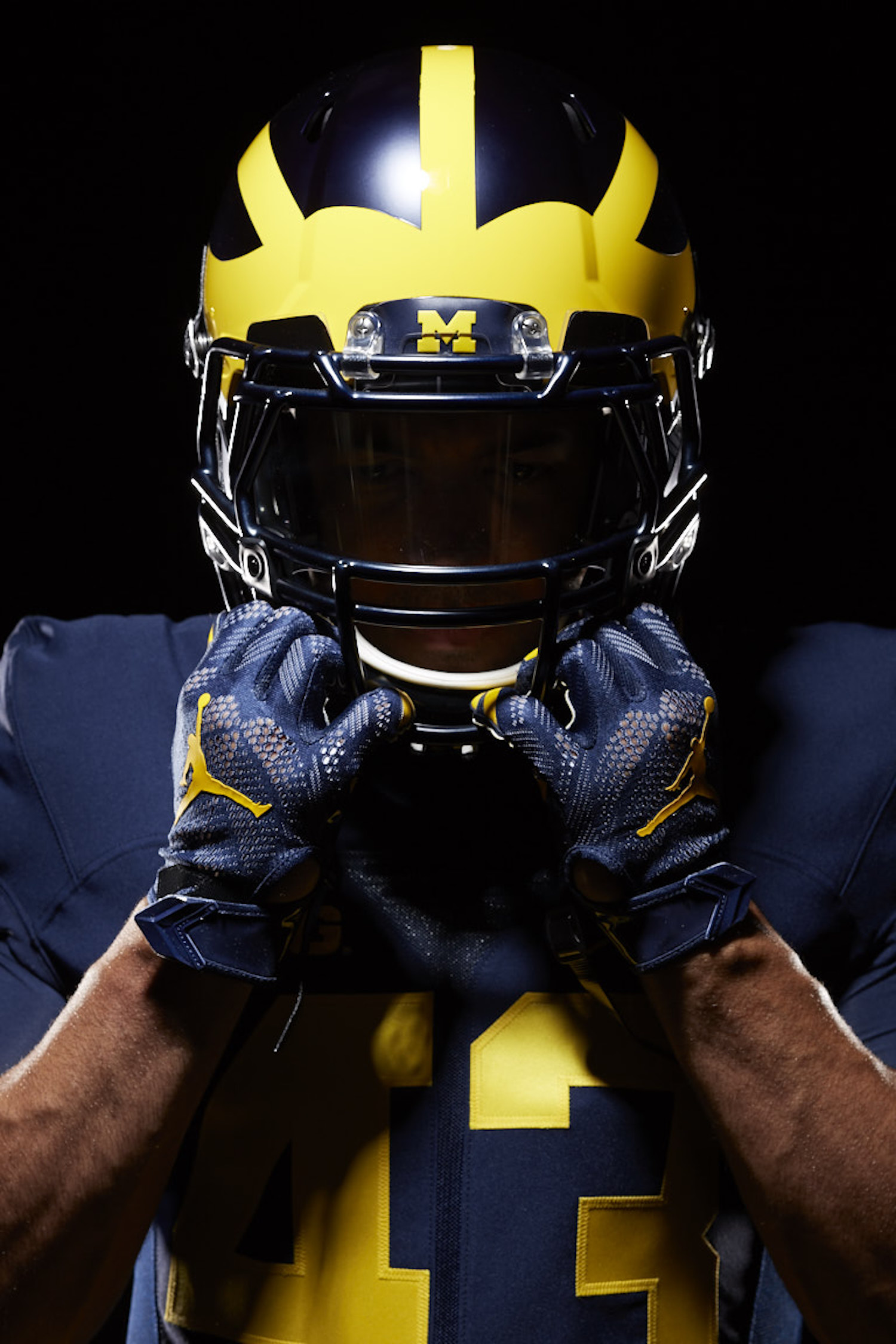 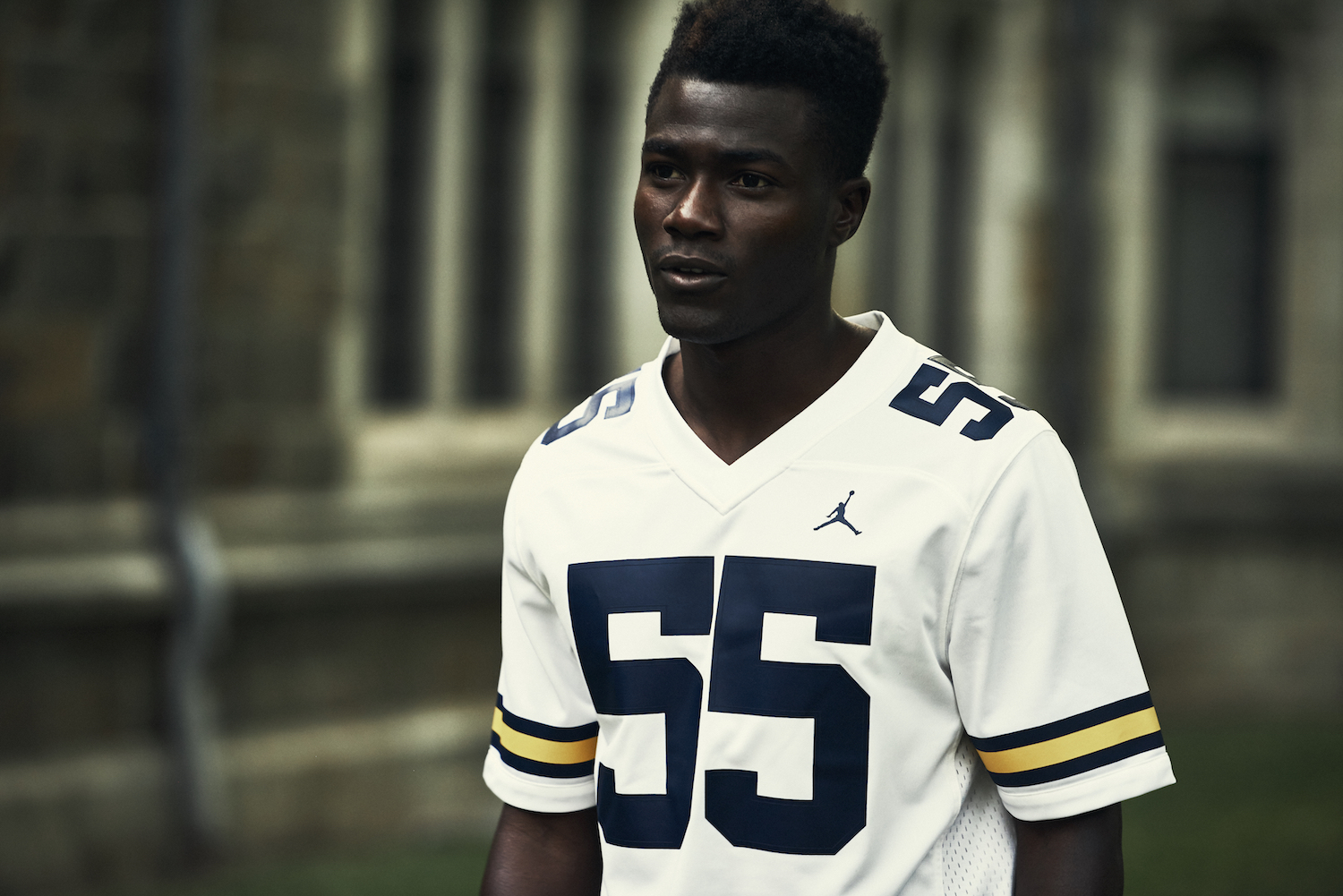 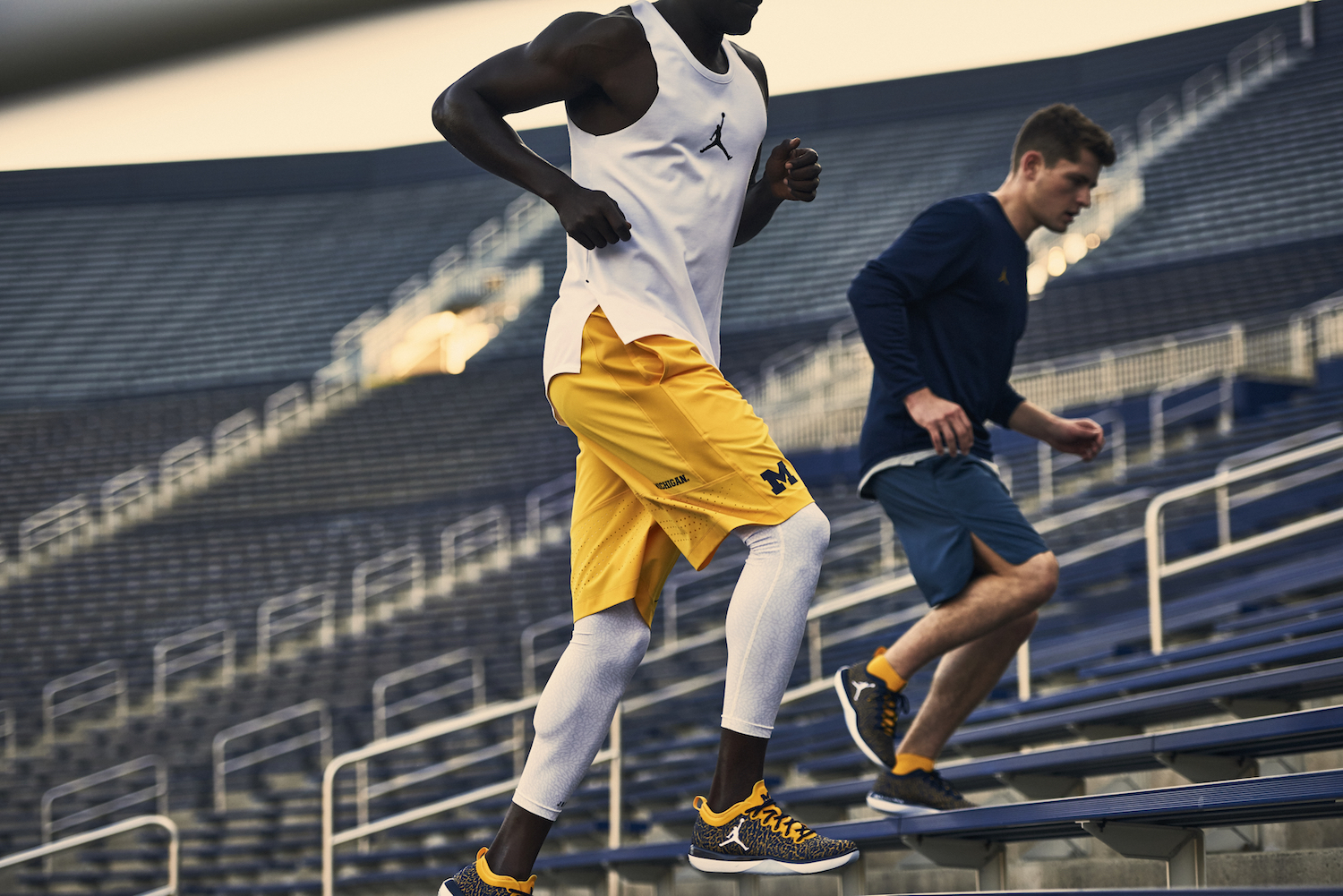 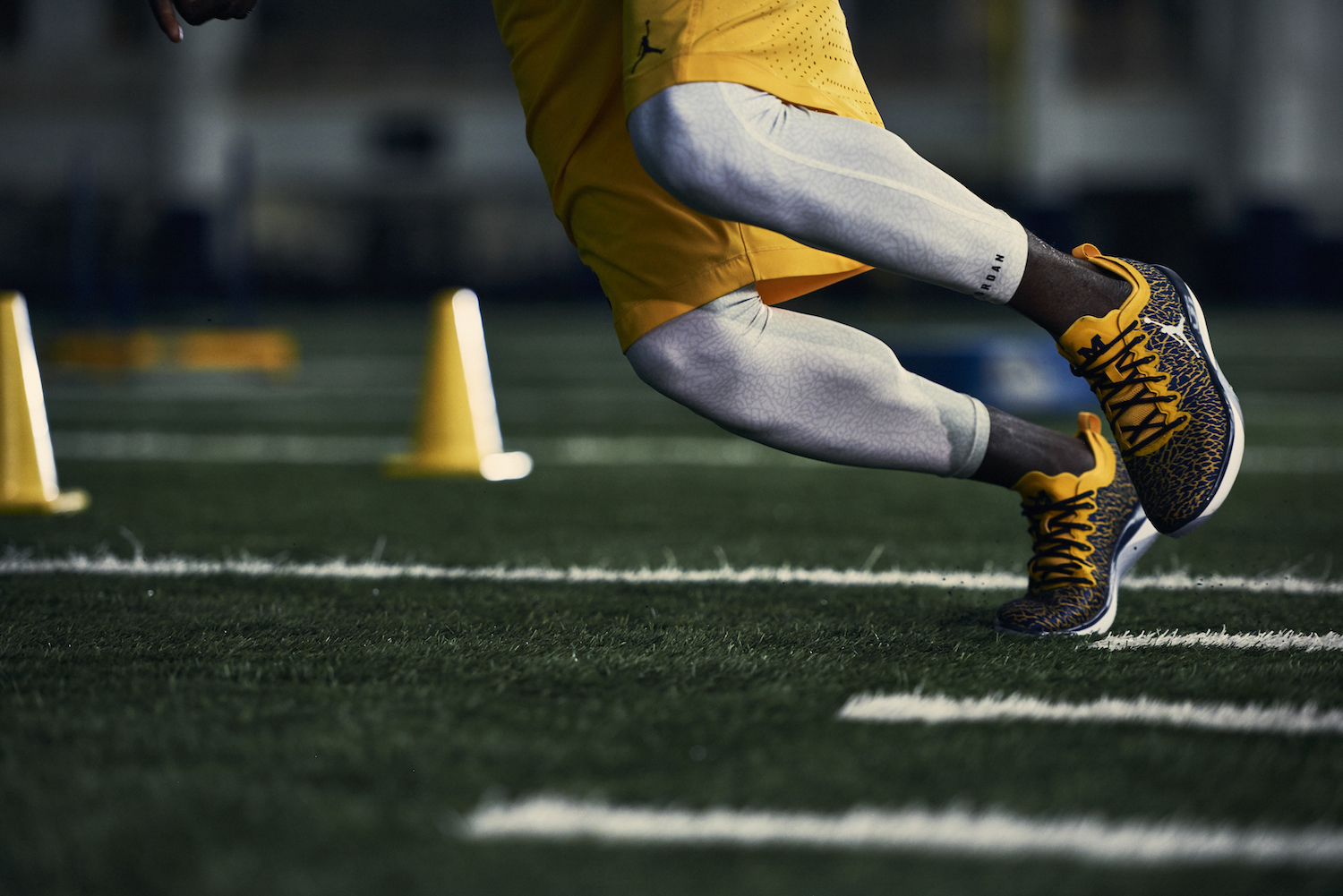 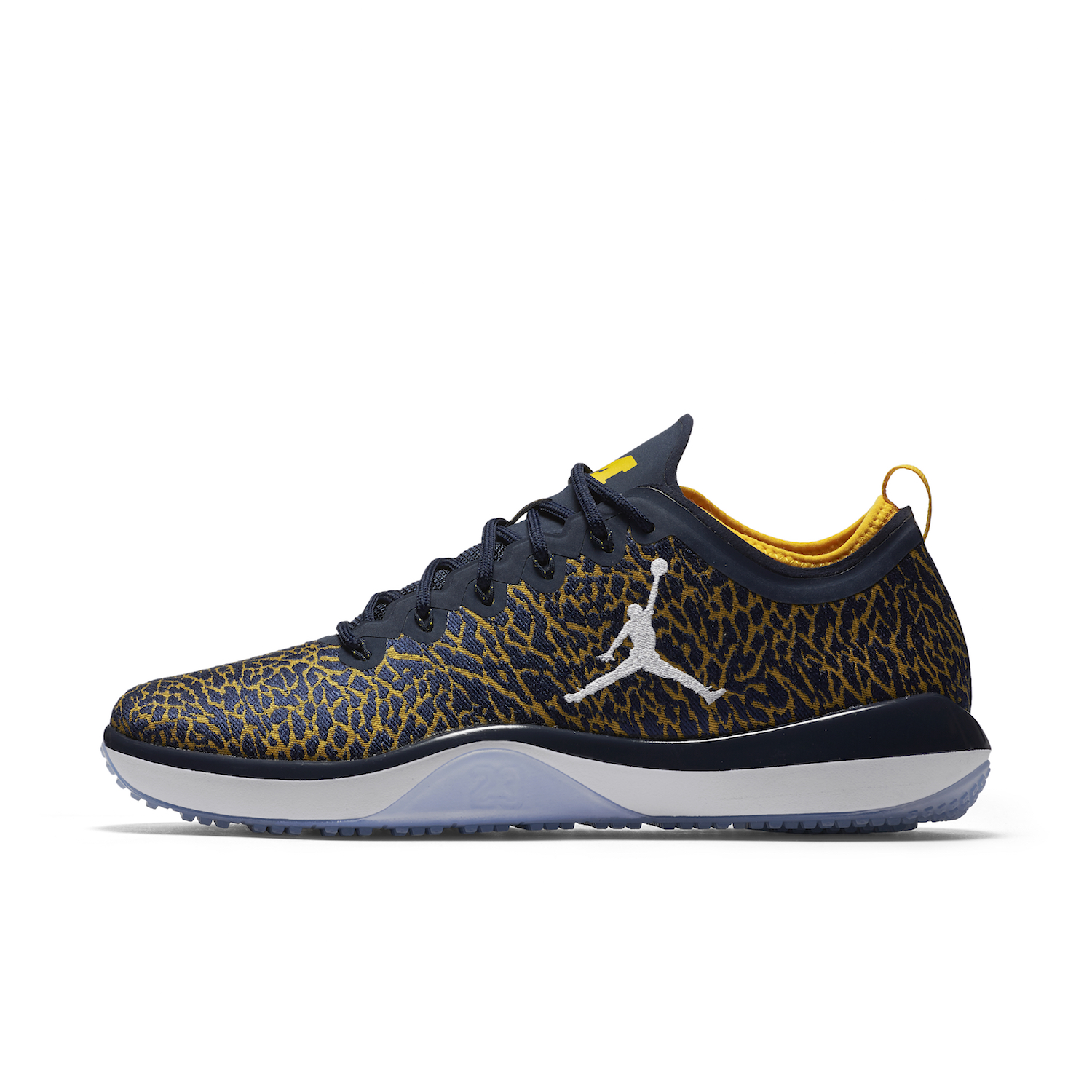 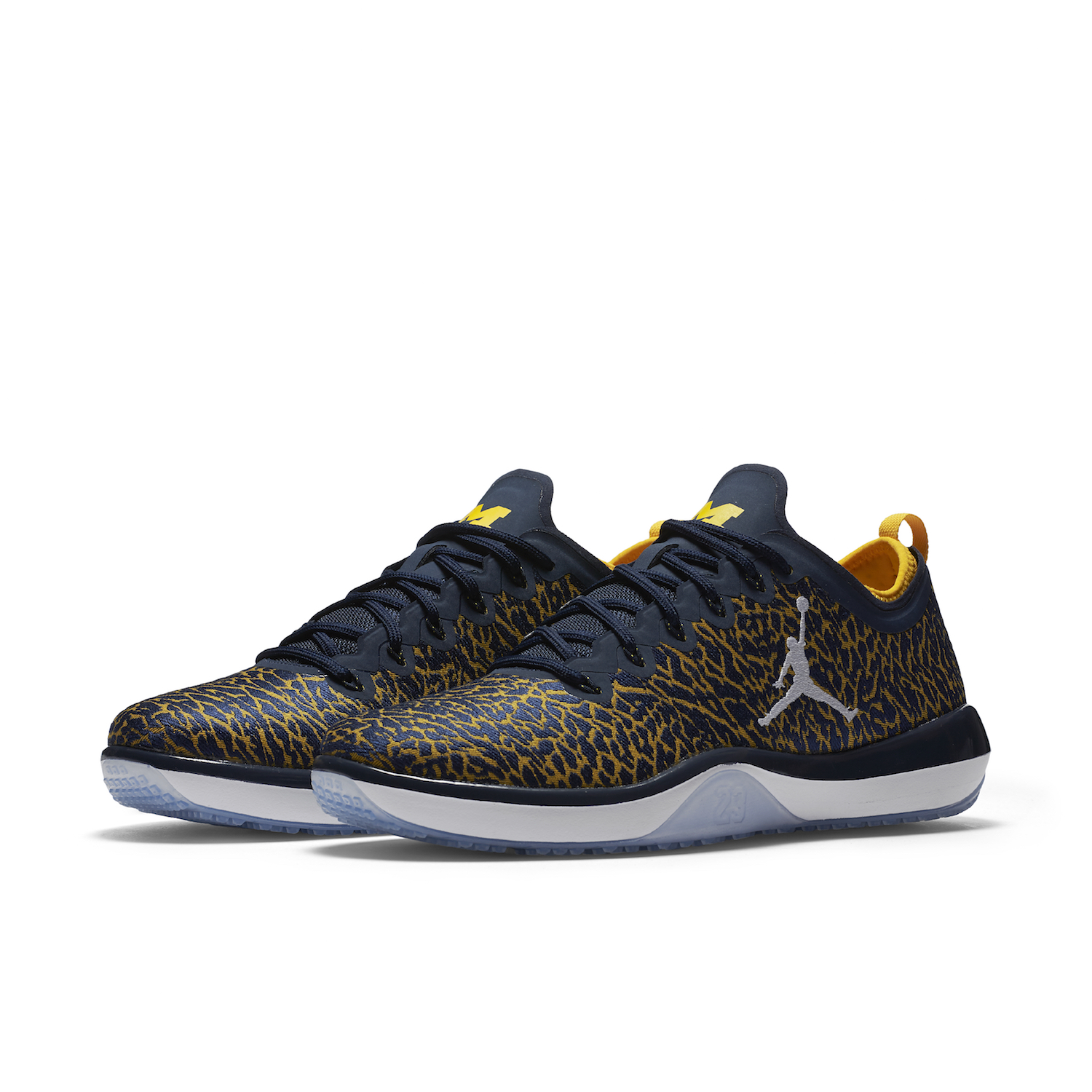 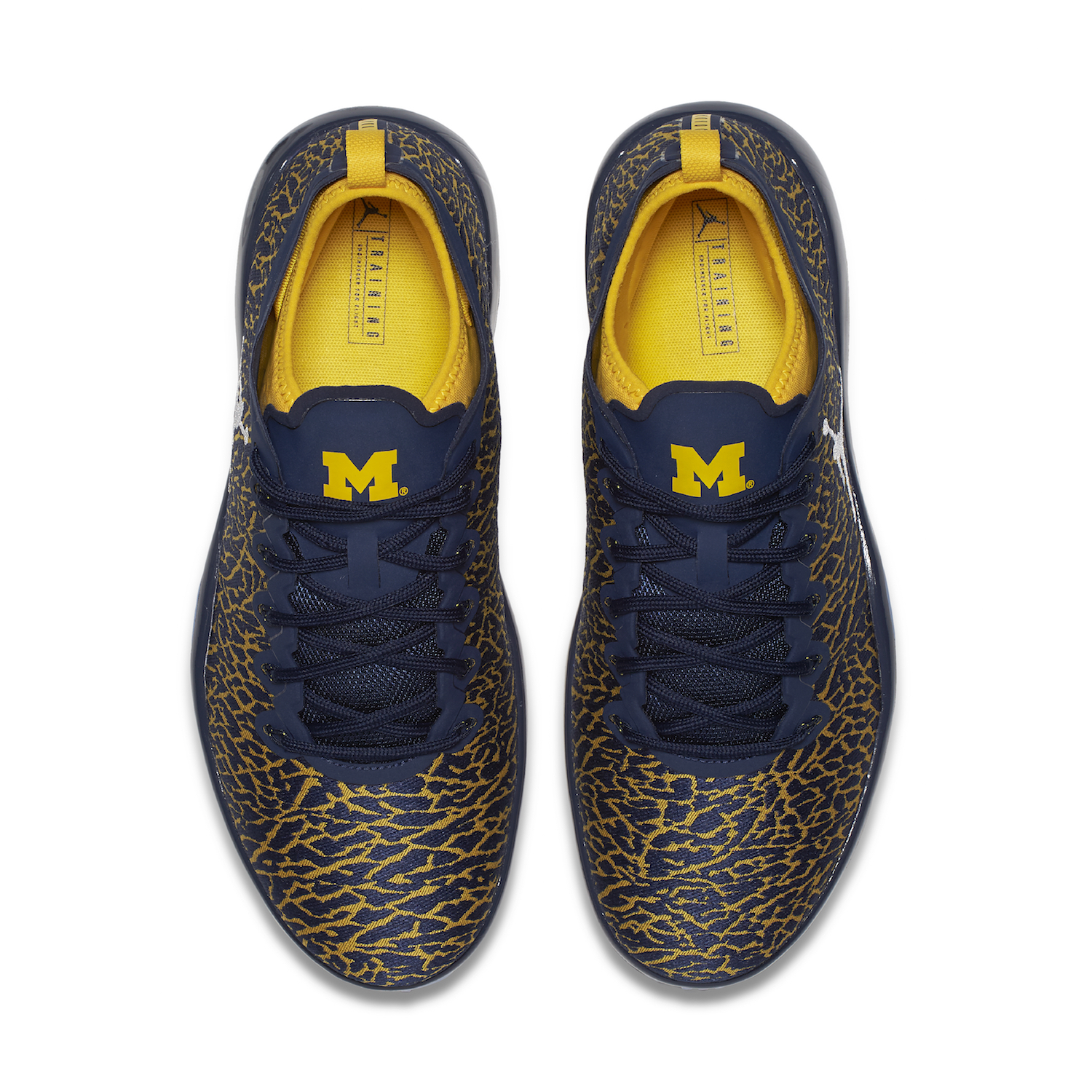 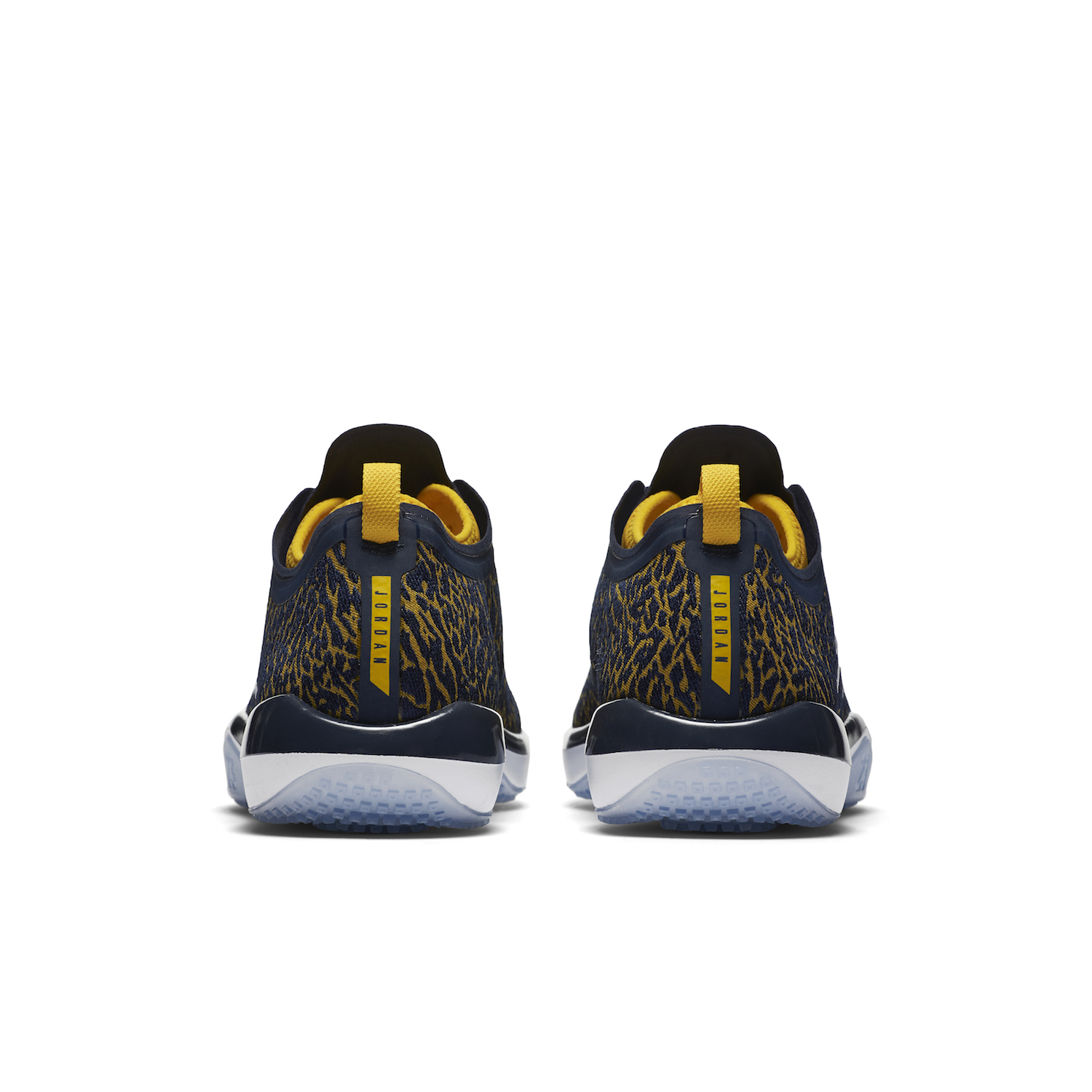 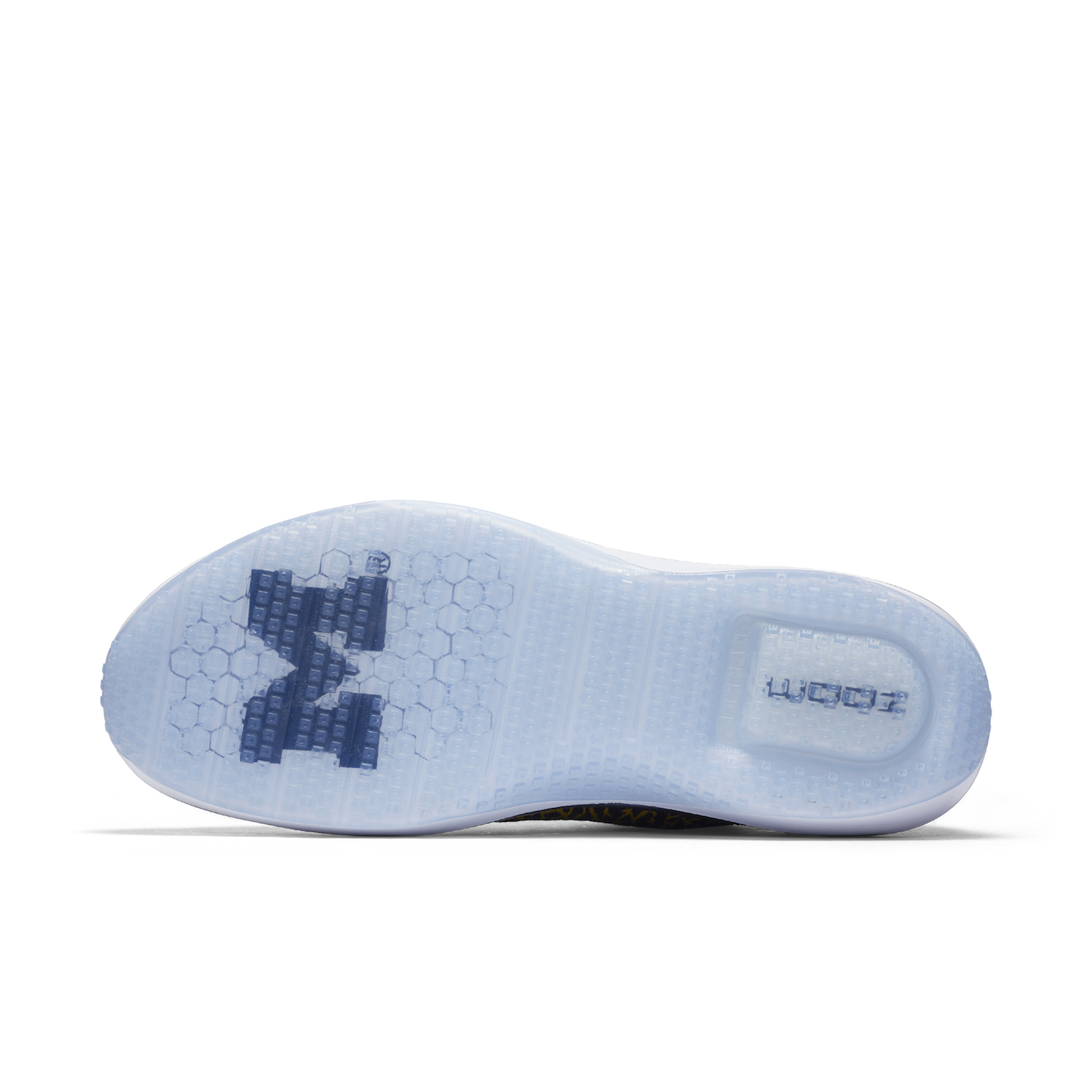 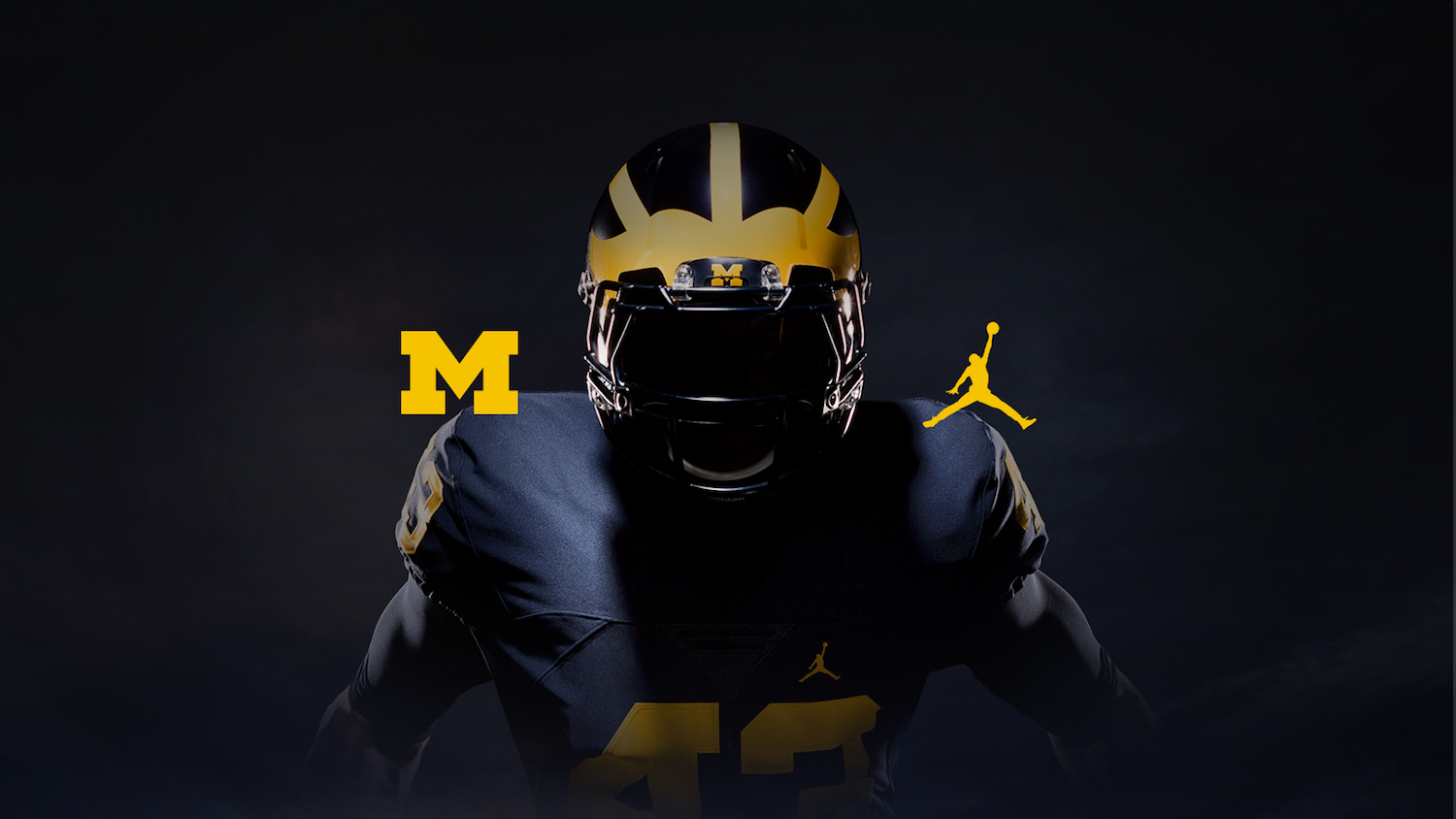