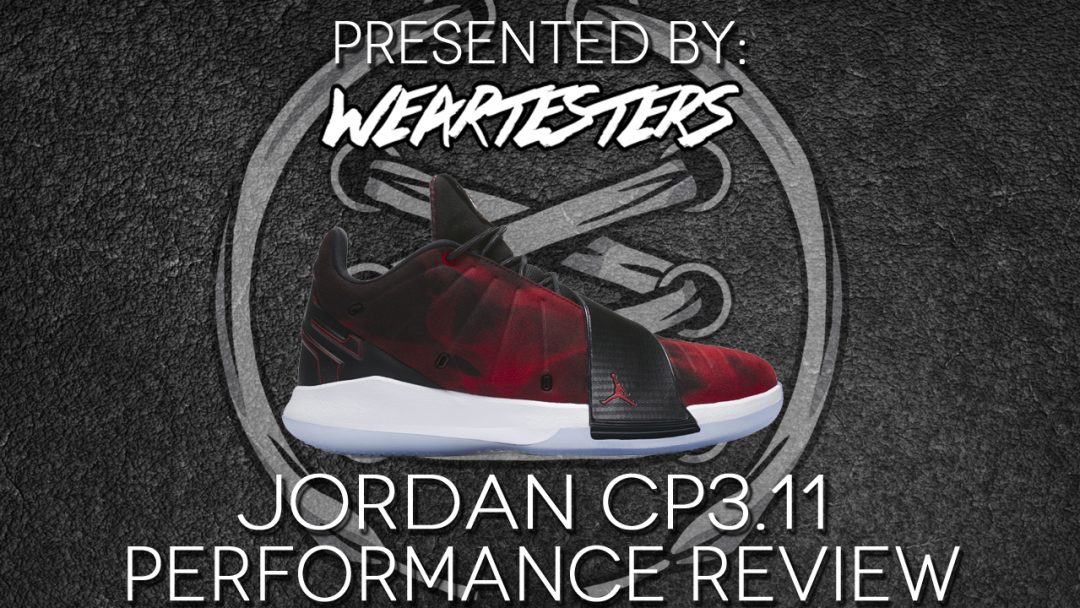 Sometimes a shoe comes out of nowhere to completely change your opinion of a model or line. The Jordan CP3.XI, Chris Paul’s latest signature model, is that shoe.

When we at WearTesters heard the news that Jordan Brand was killing the Melo line our first question was “What about the CP line?” It was never a great seller, and it had become an afterthought in performance rankings. Surely, it had to go too, right? Well, if this is the death stroke, it’s a killer.

Herringbone forefoot is almost always a good idea, and the Jordan CP3.XI has that in spades. The tread is multidirectional across the main part of the pattern and broken up at the toe-off area. The pattern is wide but the grooves are fairly shallow, so dust collection did become an issue after a few trips down the court. However, it was nothing a quick wipe couldn’t handle.

The heel area is a different pattern altogether. It looks like a feather, and grabbed more dust than the forefoot, but I don’t play a ton on my heels so it didn’t really affect playability for me.

As for durability, this is a translucent rubber and it’s fairly soft. Also, the pattern is shallow, so outdoors is a no-no. That is the only thing holding the CP3.XI back from a Hall of Fame badge — this stuff could climb walls, at least to the second story, before the tread would wear down.

This isn’t bad. The Phylon midsole encases the units, and while this is normally a bad thing, the midsole seems softer than previous models and similar to the Cushlon used in the Kyrie 4. The foam does depress and bounce back, and when it depresses too far, the Zoom units are there for some additional bounce. Honestly, it is almost like the Why Not Zer0.1 — you know the Zoom is there, and it works when you need it, you just can’t really feel it.

The Jordan CP3.XI feels fast and low in the forefoot with no impact issues at all, and the Phylon keeps everything from wobbling and being unstable while playing.

Well, almost all was good. Actually, I shouldn’t be too harsh on the upper of the Jordan CP3.XI — it worked and worked well. If you enjoyed the Nike Kobe AD Mid this colorway is for you (I say this because unlike this colorway, the white/red build uses a mesh upper with a synthetic toebox).

What was supposed to feel like suede or nubuck ends up feeling like felt with a stiff backing, which sucks for breathability but is great for containment. The heel is a nice synthetic leather and adds a little touch of class in the back (it also has the killer CP3 logo). The materials do break in fairly quickly; flex points are learned and the shoe begins fitting and feeling better within a couple of trips down the floor.

Now, the strap: it is rubberized (again, on this colorway) and fairly stiff, but sits behind the forefoot flex point so even the stiffness doesn’t hurt while playing. The ankle is lined with a thick padding that isn’t quite memory foam but dense nonetheless. The mesh tongue tries to dissipate heat and moisture but it’s fighting a losing, soggy battle.

The fit of the Jordan CP3.XI is freaking awesome, but only after the break-in stage. Before that, there are empty spaces around the toebox and midfoot. The lacing system does a great job of pulling those around the foot, but until the upper materials soften up and begin creasing, be ready for a little clunkiness. Afterwards, the CP3.XI turns into a form-fitting foot rocket that feels great in transition and jumps.

The heel is locked in by that foam lining I mentioned above, and the opening of the shoe is a little more narrow than normal (but not difficult to enter). The lacing system works. Unlike the last shoe I reviewed, the CP3.XI fit-straps run back into the foot and the top hole pulls the foot into the heel of the shoe, locking everything in for no movement at all — until the thin, round laces come untied, which they will.

Go true to size for length. Wide-footers may even get away with true as well, but going up a half may be best if you are extremely wide. The strap does loosen and should accommodate the wide-footedness.

For a low-riding, low-cut “guard” shoe the CP3.XI holds it down in the support/stability category. Much like Westbrook, Chris Paul needs containment and stability to cover his shifty game. Granted, he is fairly ground-bound, but like Kyrie, he changes speeds and directions in a heartbeat.

Starting at the bottom, the Phylon is stable and solid while not being overly dense; it’s just enough to keep the midsole from crushing when changing directions and slowing you down. The strap ties under the ball of the foot, and uses a three-point anchor to pull the midsole into the foot and lock in for lateral movements. Yes, it is a strap that actually works.

Again, like the Why Not Zer0.1, there is no real outrigger. Instead, the shape of the midsole flares out and then wraps up the sidewall to contain the foot. From what can be seen and felt, there is no midfoot shank, although it could be small and not obvious (tech specs are not out yet for the shoe). Even so, the Phylon is thick enough in that area to stop any unwanted bending. The CP3.XI is solid but not restrictive, and while playing, that is exactly what’s needed.

If any of you doubted the ability of Jordan Brand to bring a true performer back on the scene, look no more. The Jordan CP3.XI does everything and does it well.

If you need traction for days, cushioning that is stable but provides great impact protection, and a supportive, stable base look no further — the CP3.XI should be a shoe for you, no matter the position. If you just don’t like CP3 the man (we see you Austin) or the Rockets in general, get over it because the shoe works.

Jordan Brand is more than retros people, and the CP3.XI takes it back to what we all used to believe in: performance engineered for the greatest athletes. Some shoes are just fun to wear, you can lace them up and just play ball. The Jordan CP3.XI is a ballplayer’s shoe, through and through. 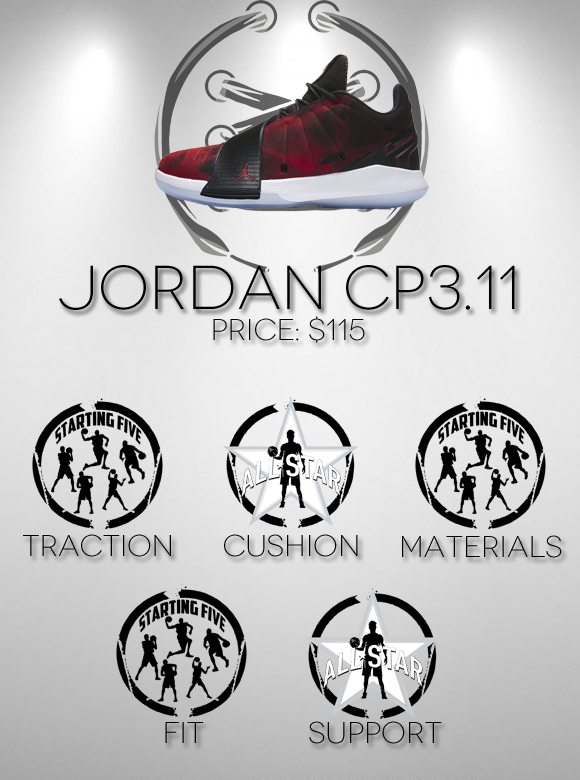