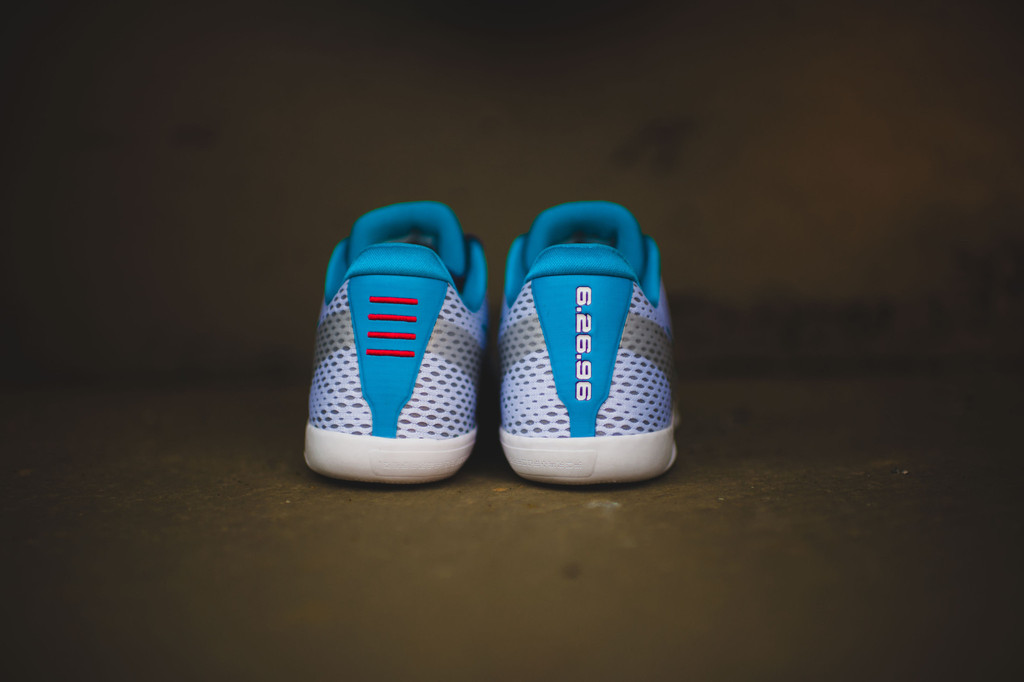 20 years ago, Kobe Bryant entered the NBA as the 13th pick of the 1996 NBA draft, chosen by the Charlotte Hornets. Needless to say, Bryant was soon traded to the Lakers and you know the rest of that story. Today, we revist draft day with the Nike Kobe 11 ‘Draft Day’.

As Mamba himself was once a Hornet, we get a look at a colorway of his last shoe (that he’ll wear on court) in a colorway that pays homage to his time spent in Charlotte. The colorway is set on the recently released Nike Kobe 11, not the Nike Kobe 11 Elite. The Nike Kobe 11 ‘Draft Day’ features a white engineered mesh upper with translucent fuse overlays in areas of high wear and support. Purple outlines the Swoosh on the lateral and medial sides of the shoes, the tongue logo, and laces as well.

To complete the Charlotte Hornets theme of the shoe, teal accents the outline of the Swoosh on both the medial and lateral sides of the shoes as well as the inner lining, the tongue, the heel, and speckles within the purple laces. The outsole is once again a solid rubber outsole, colored white on this pair. The final detailing to complete the Nike Kobe 11 ‘Draft Day’ is the date on which the 1996 NBA Draft took place, June 26, 1996, on the heel of the right shoe. 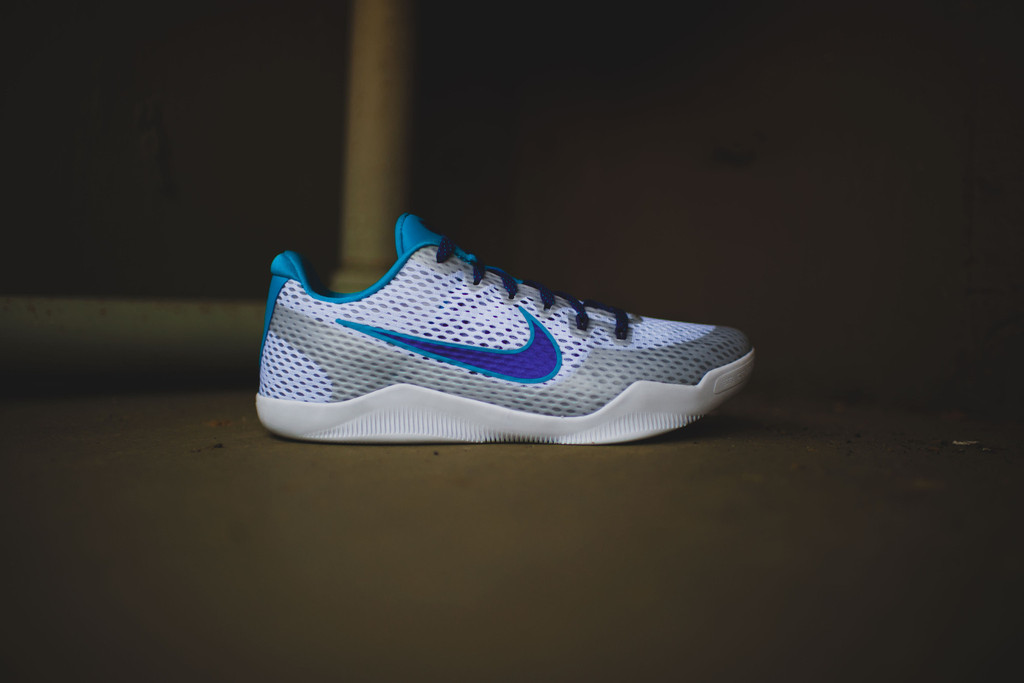 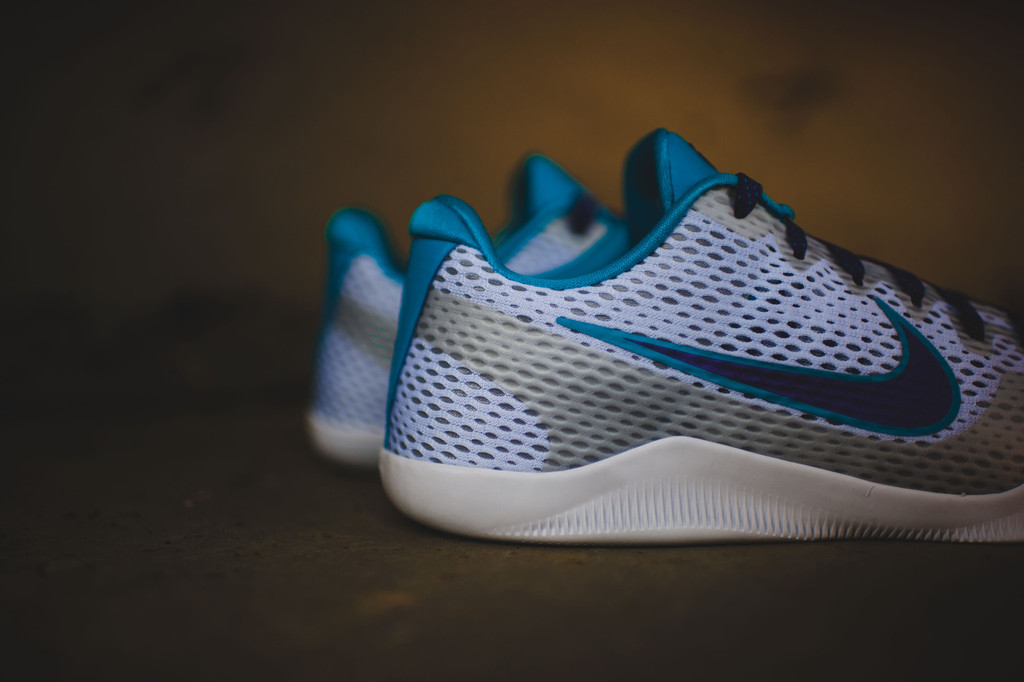 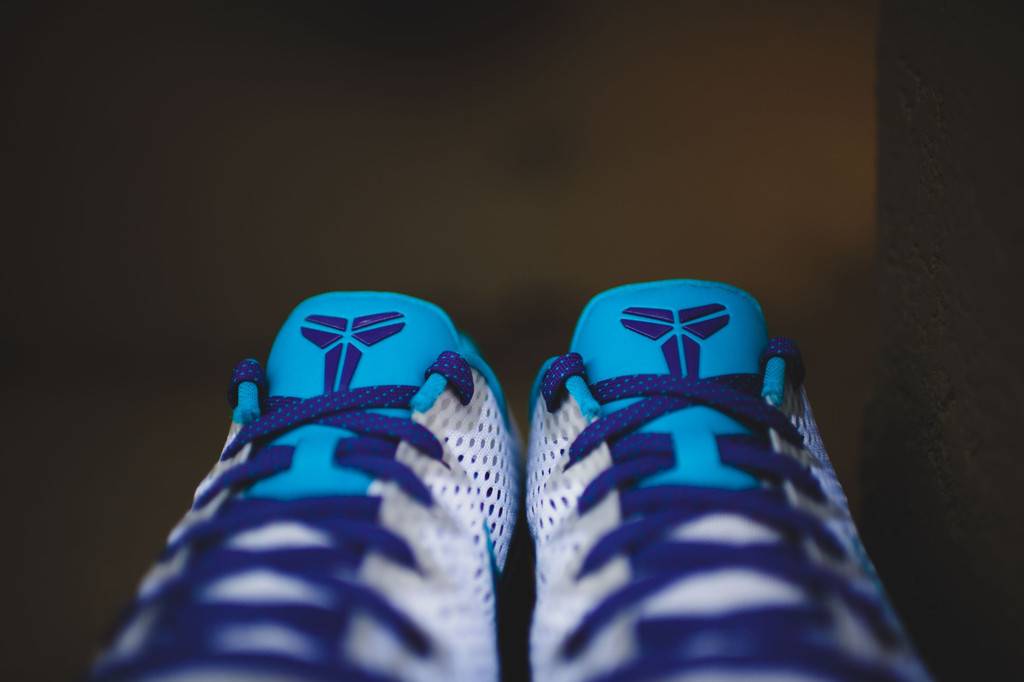 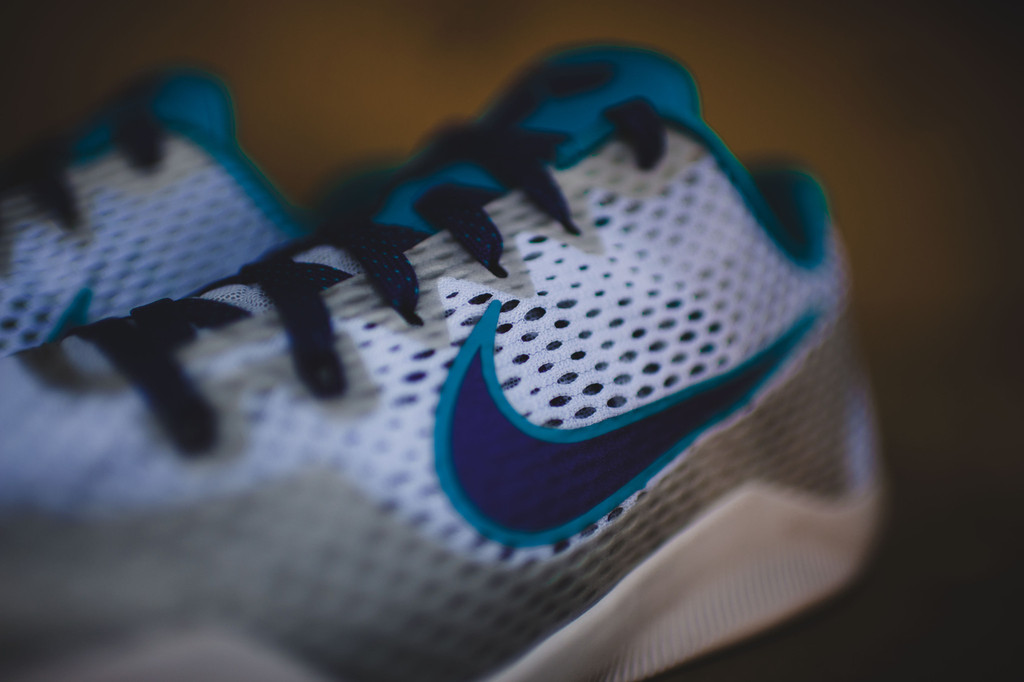 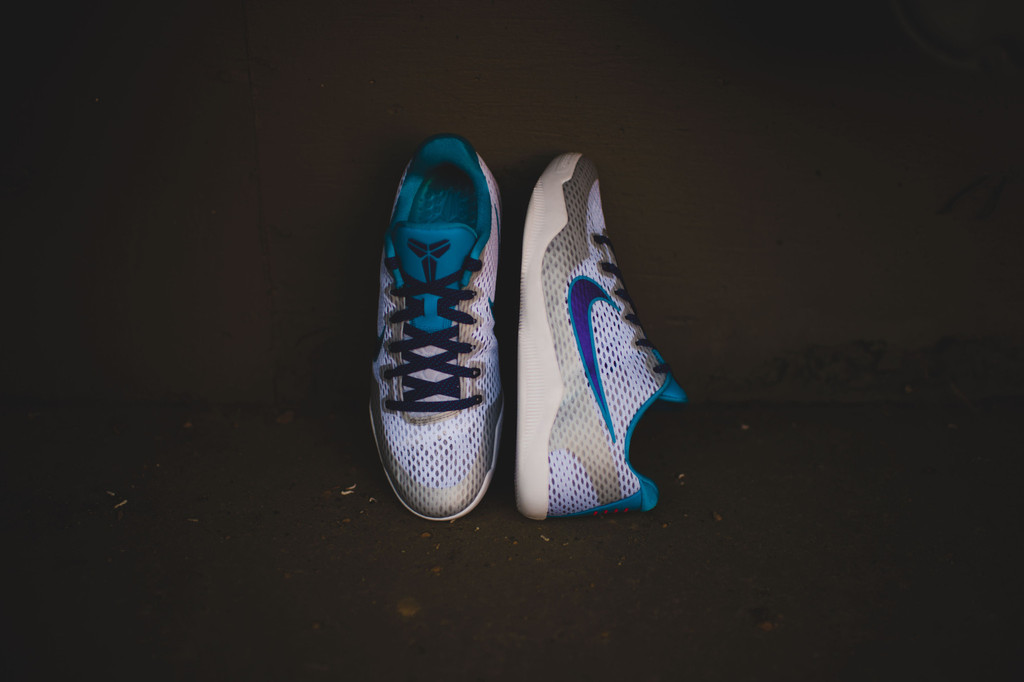 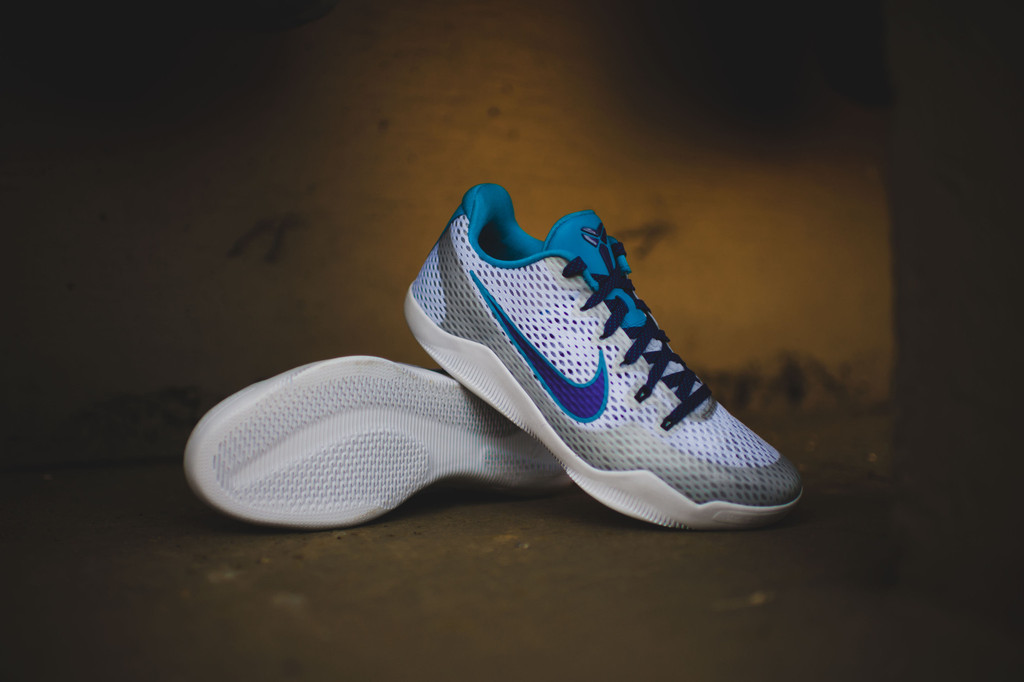