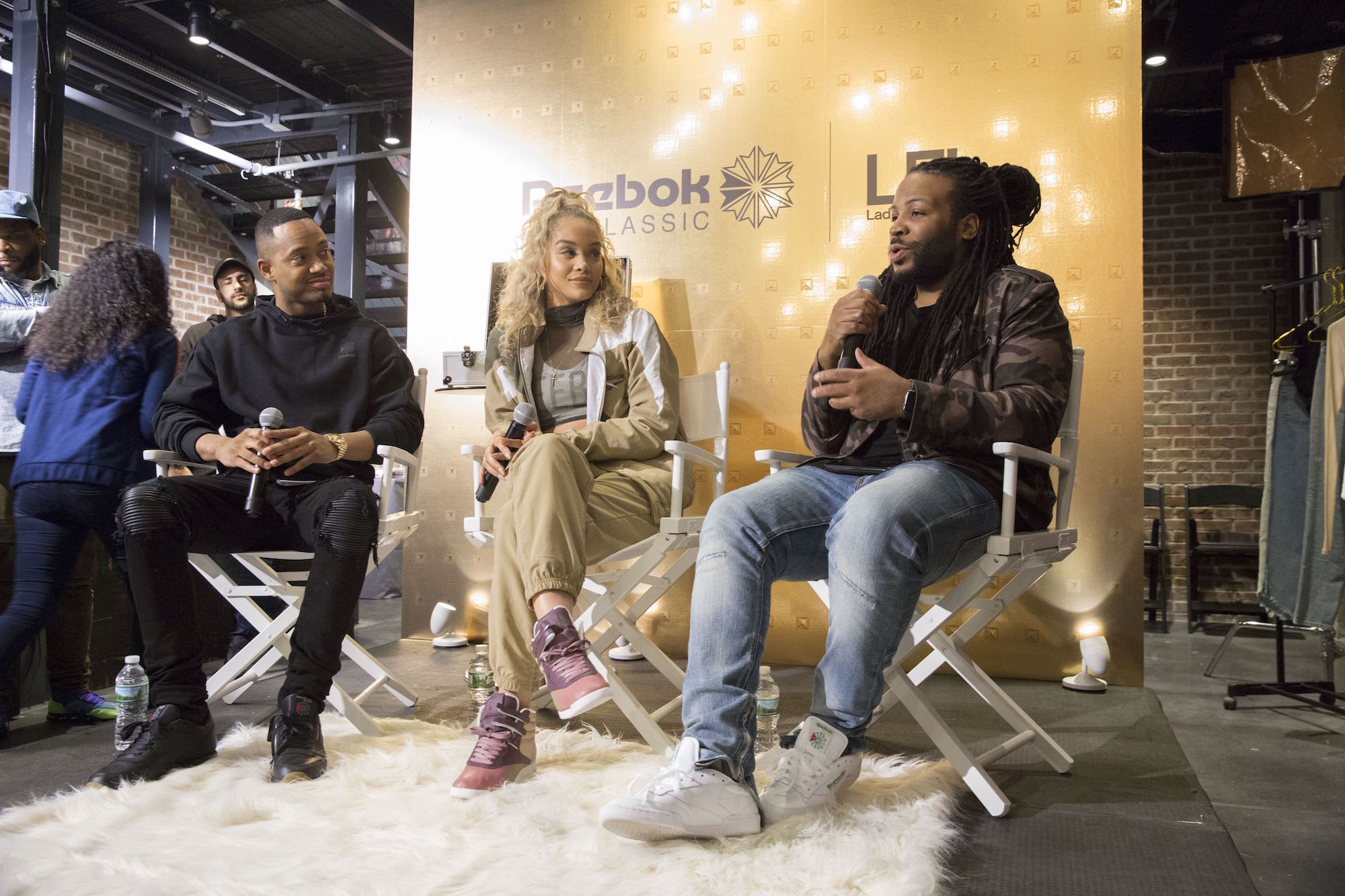 Inspired by Jasmine Sanders’ FACE Stockholm makeup color palette, Alexander John and his team hand painted 80 pairs of the Reebok Freestyle Hi ‘Contour’. The colors used on the shoe are all custom, and had to be mixed by hand for each pair. 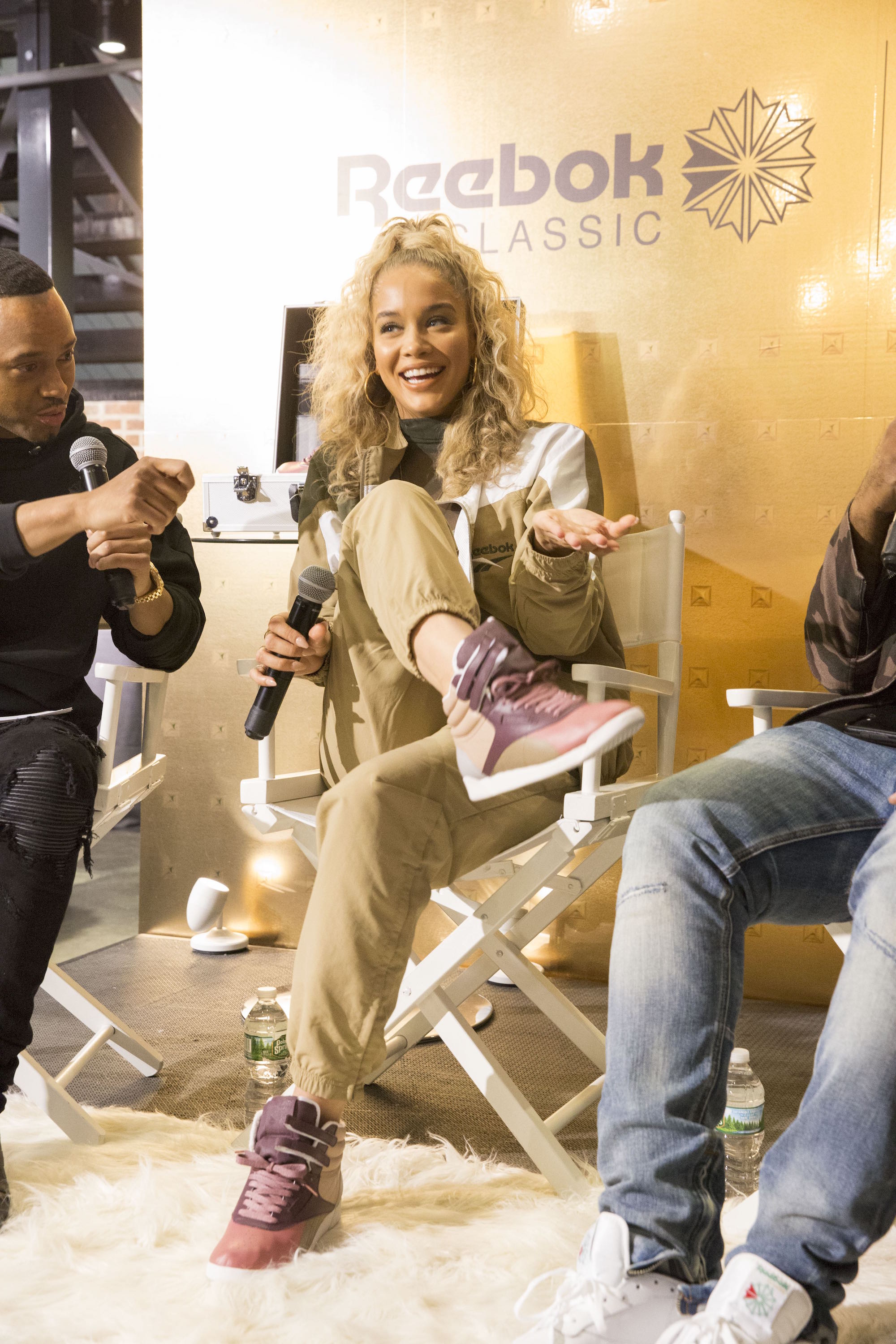 “We pulled all of the colors for the shoe from a photo of me. It was something girly but not too girl because at the end of the day I am very much a tom boy — but I do love playing with makeup” Jasmine Sanders told WearTesters.

When I asked Alexander John about working on a shoe for the ladies, his eyes lit up. “I had to think about things differently,” he told WearTesters.

“They’re detailed, they’re minimal, but yet they actually layer their outfits,” he continued. “If you look at a woman’s wardrobe there’s so much to it — not just what she wears on the outside but the underwear element too. I have to do a shoe that’s simple, easy to go to, but it also has to speak to being rich and powerful, so I picked the color palette based off her face.” 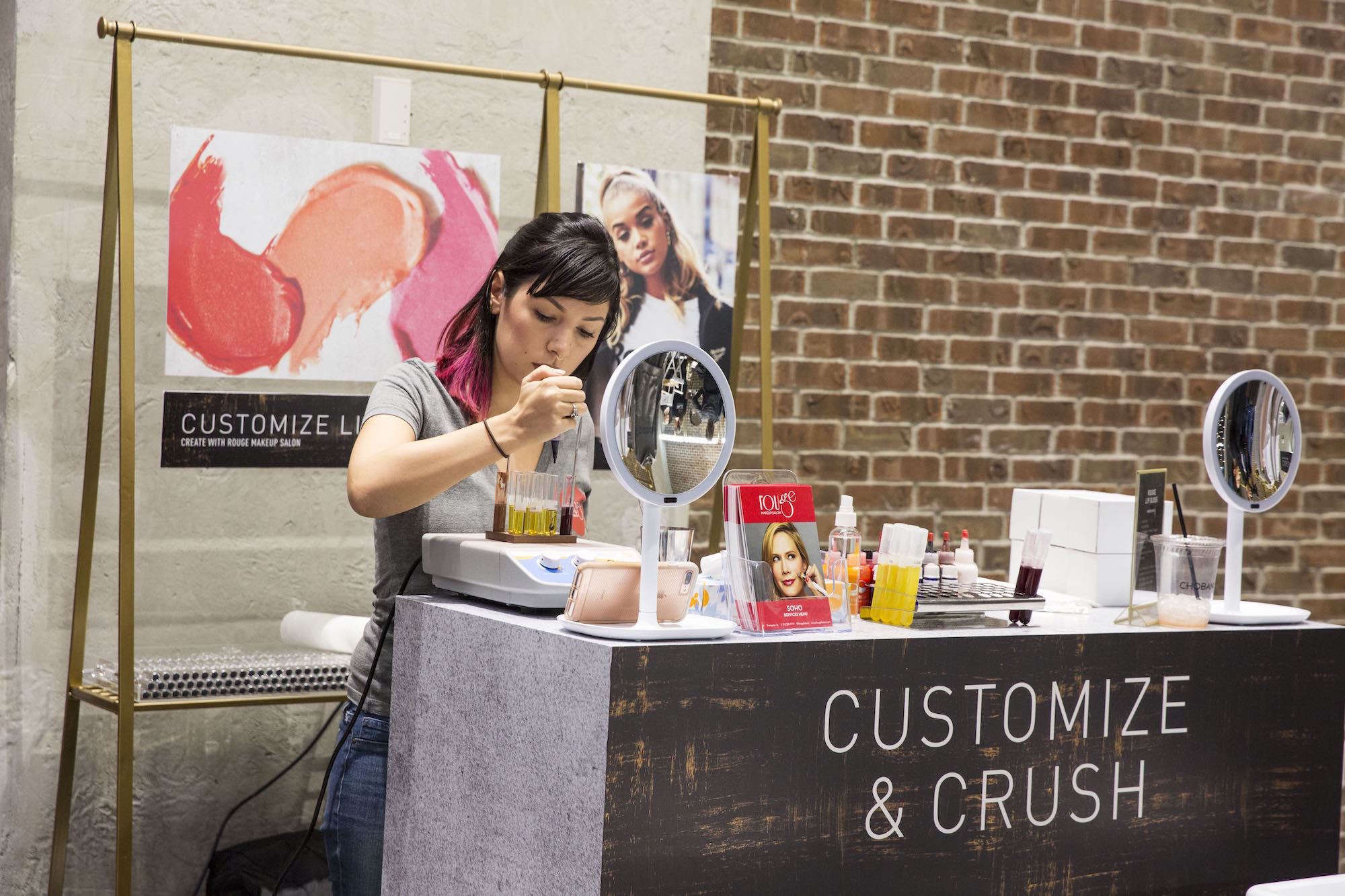 The event also included a custom lip gloss station for guests, a custom makeup bag station (Alexander John did his thing on those bags and made a lot of ladies happy), and a FACE Stockholm makeup bar where professional makeup artists treated guests to makeovers.

“I wanted to bring something spunky to the shoe but something that guys wouldn’t be afraid to look at — and guys wouldn’t be afraid to buy it for their girls,” Sanders continued. “For me it was just something that could really play up a girl that was me — somebody that was very tom boyish that could roll with the guys and be one of the guys but at the same time show her spunk and her personality.” 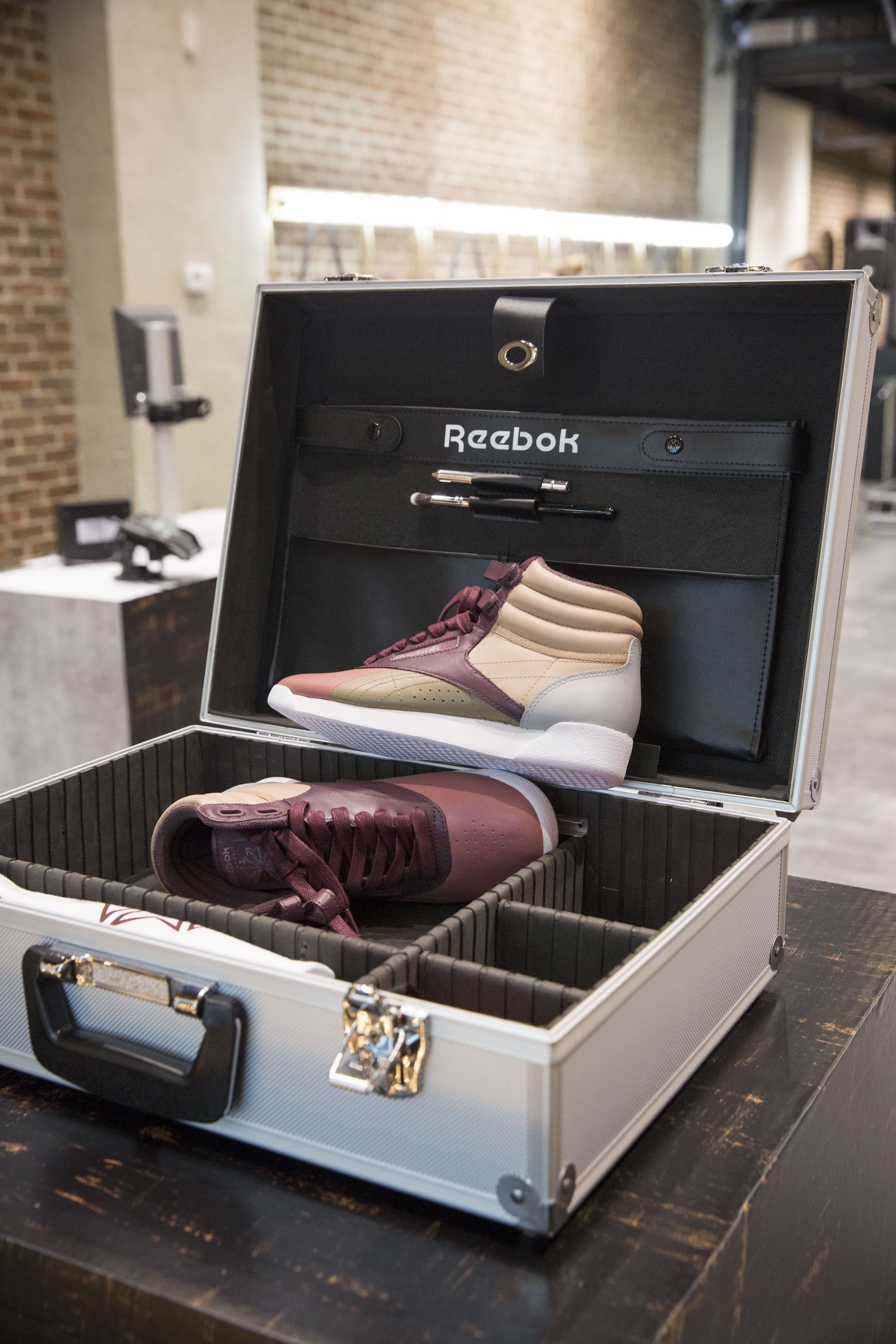 The sneaker has released in a kit (which comes in a heavy metal briefcase) that includes the Reebok Freestyle Hi ‘Contour’ sneakers, a FACE Stockholm makeup palette, and an exclusive t-shirt and makeup bag. It is available in very limited numbers at Lady Foot Locker in SoHo beginning December 19 for $150.

Jasmine Sanders has a lot planned for 2018, in case fans aren’t able to pick up this shoe.

“Hopefully Reebok will give me another shoe, fingers crossed!” Sanders told WearTesters. “My main thing is touching as many covers as I can, being able to do as much as I can in the acting world to switch it up on everybody — really just showing how hard I’ve been working the past year. I want to give you all more.” 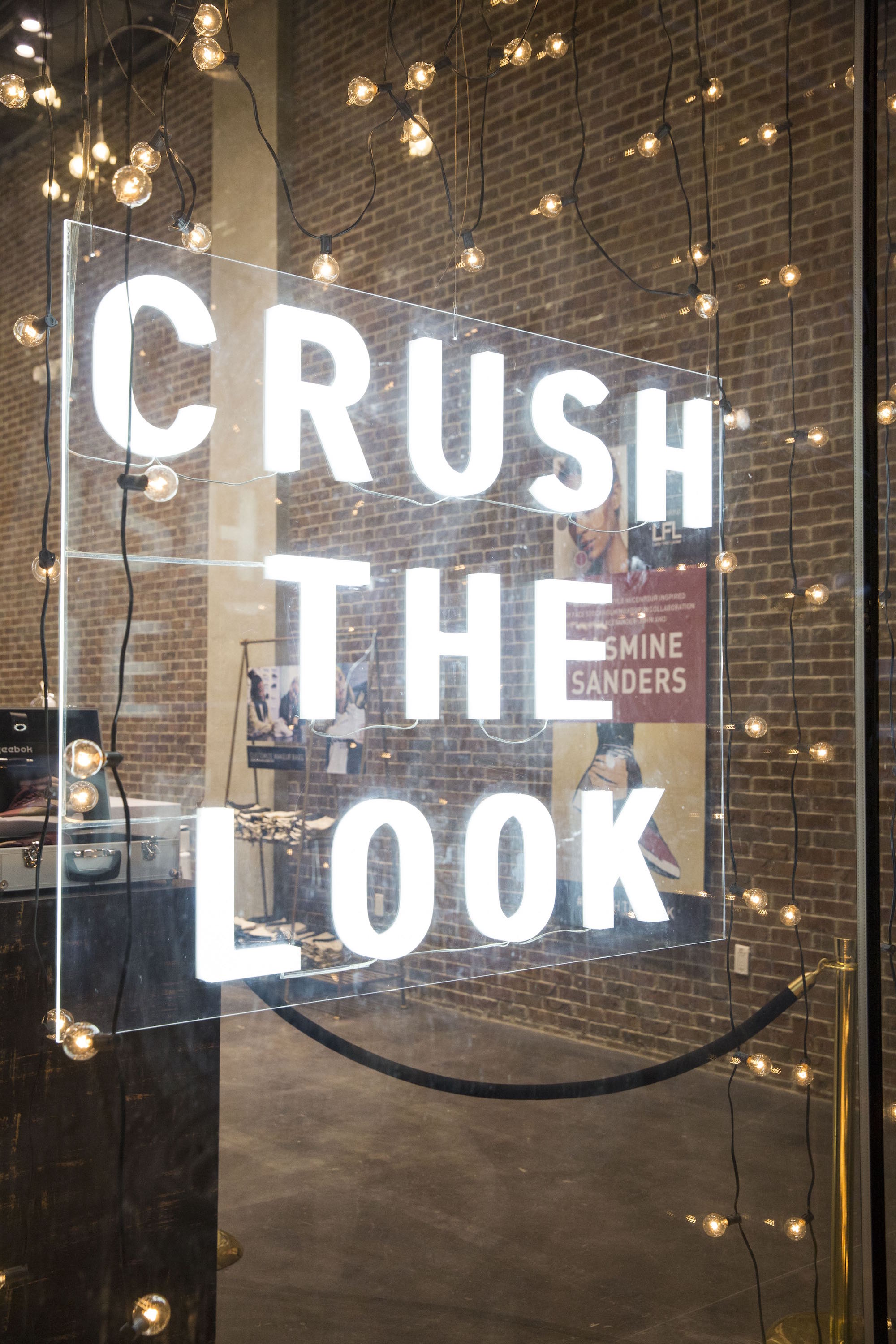 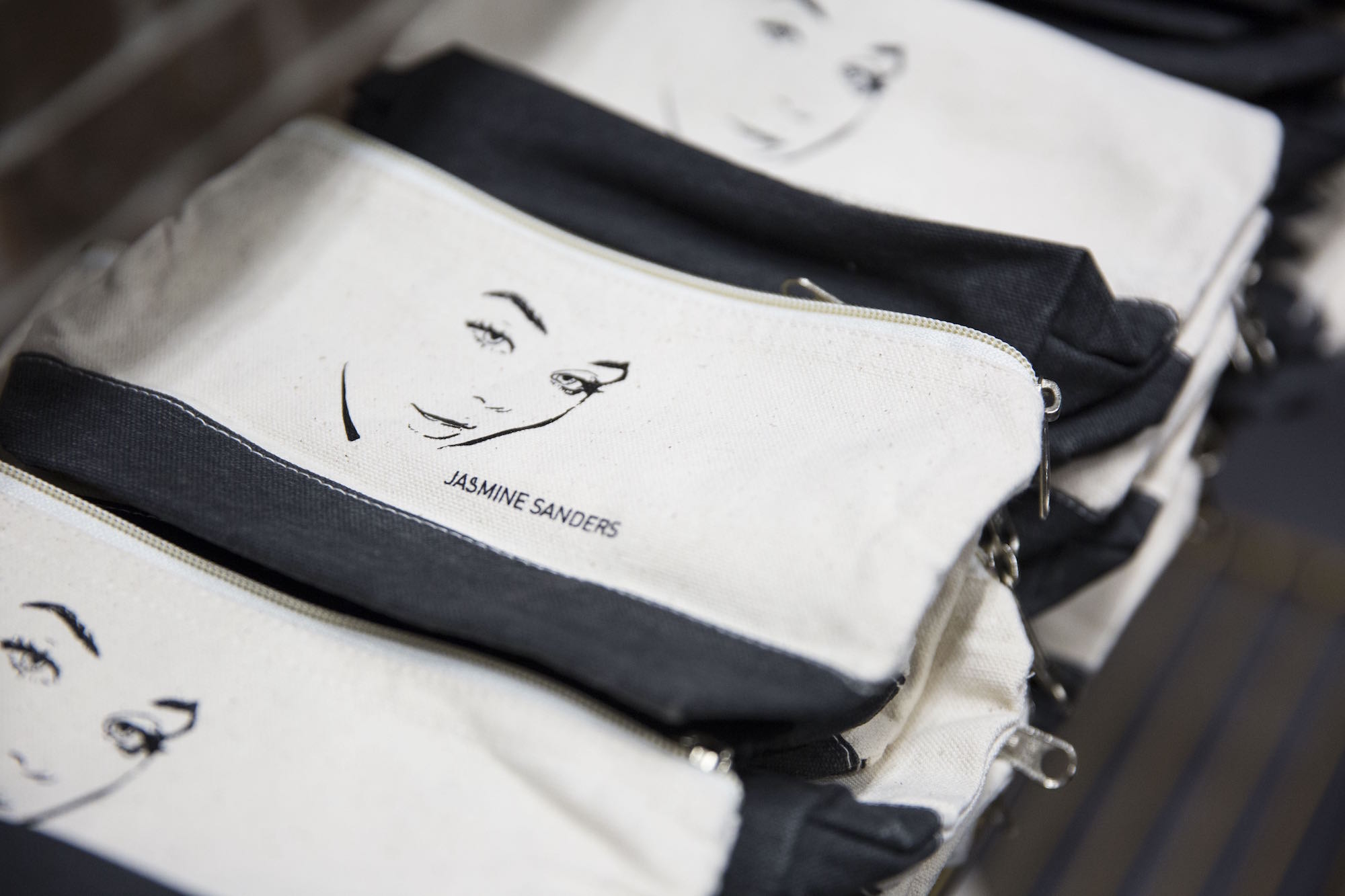 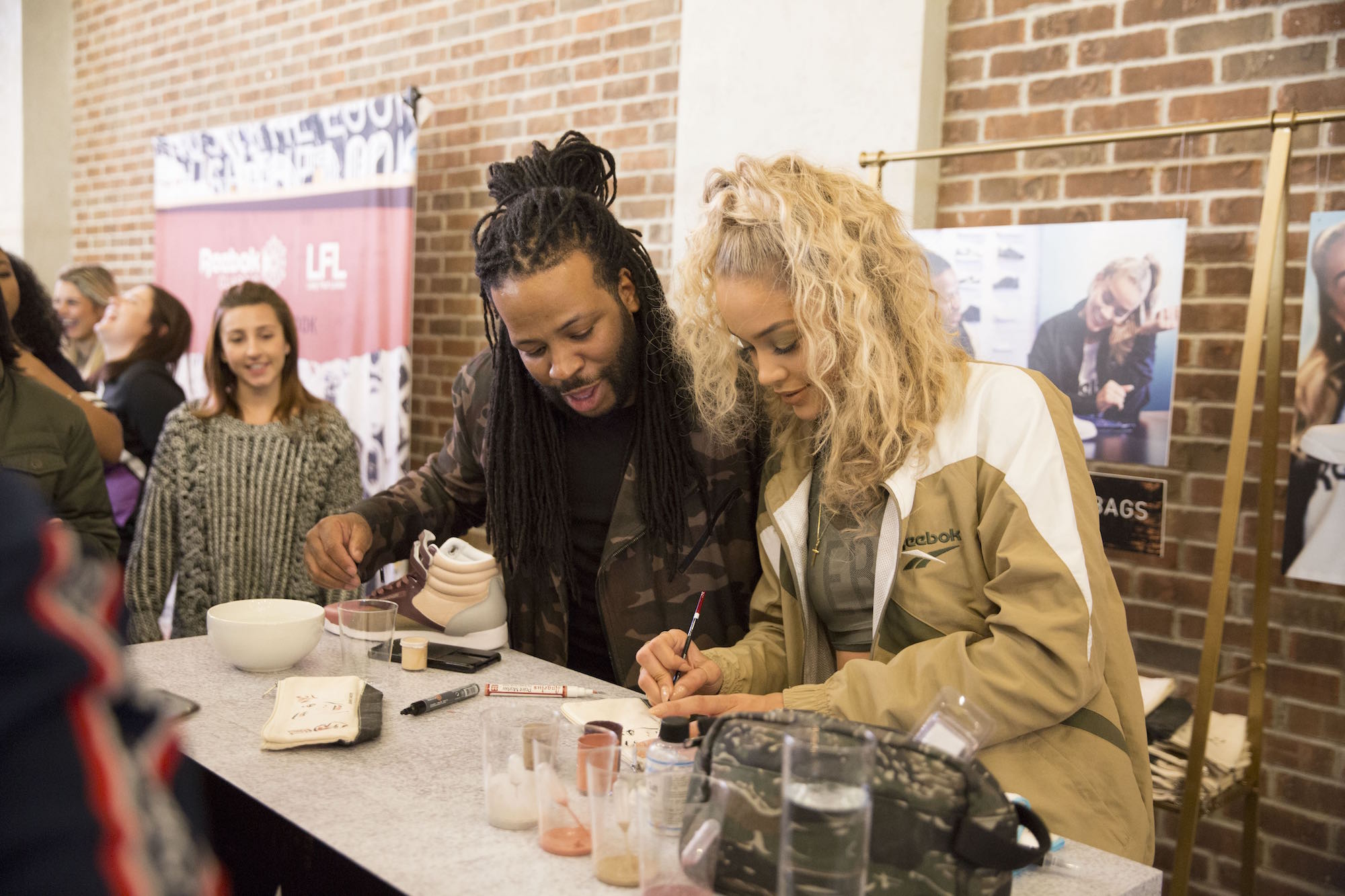 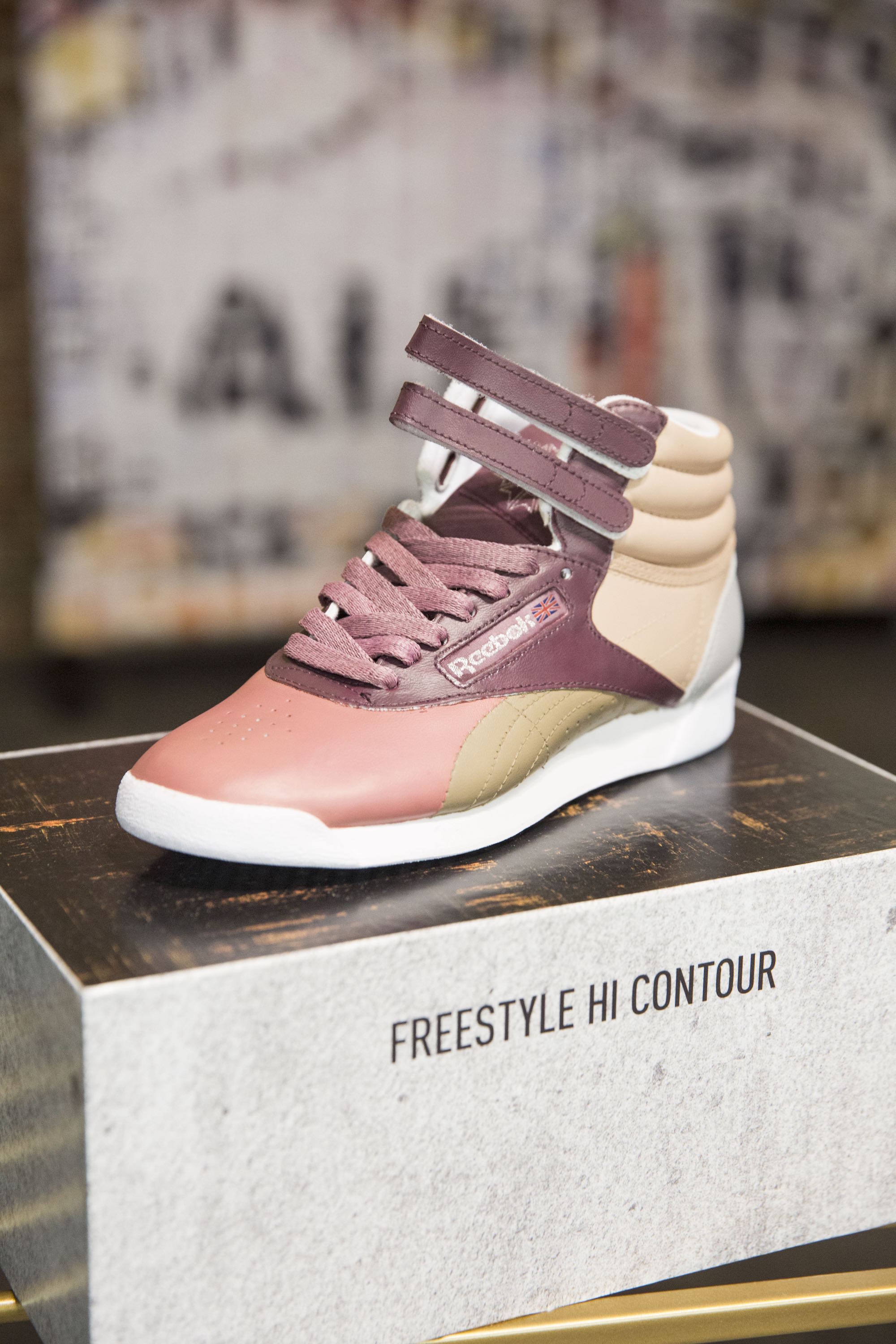 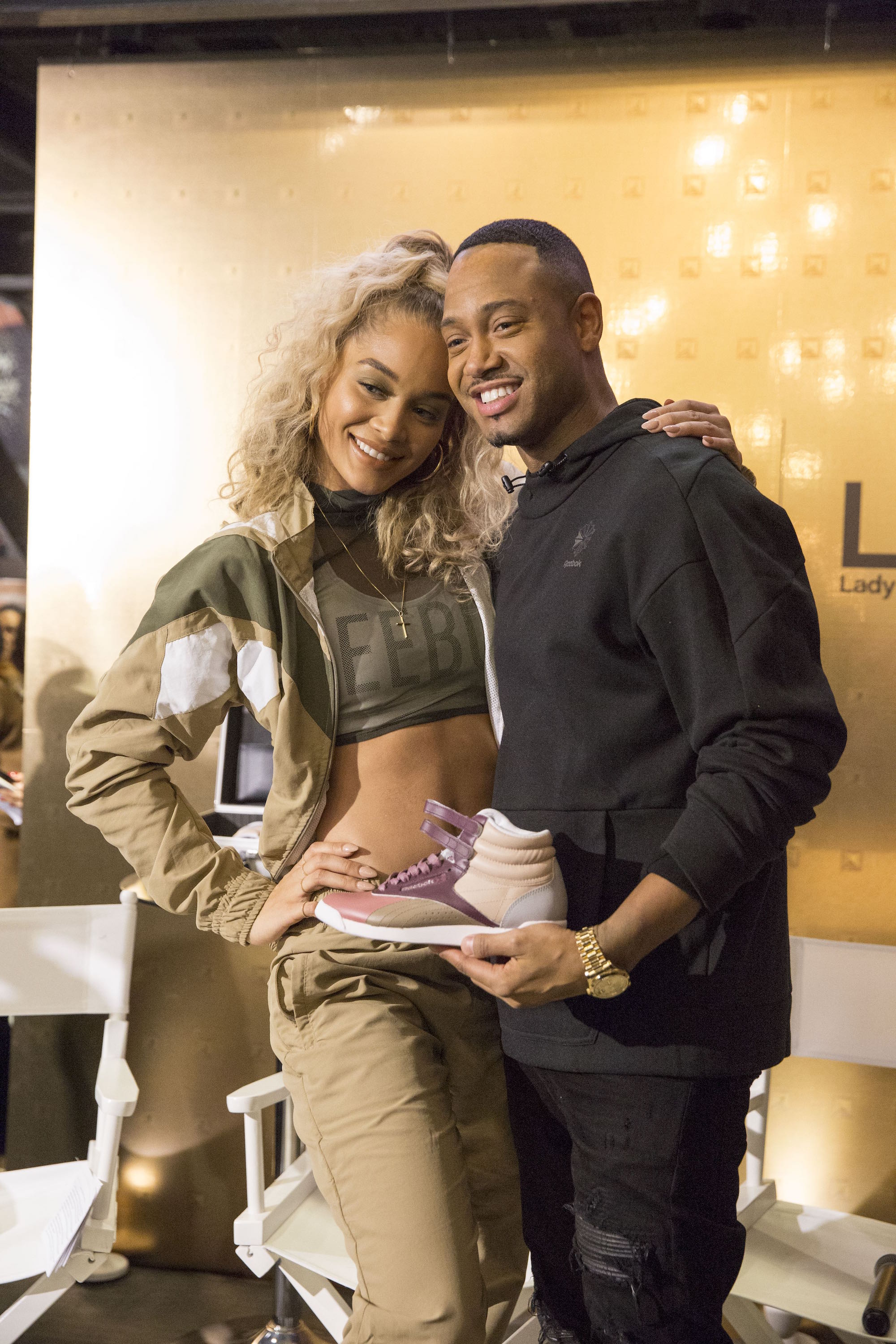 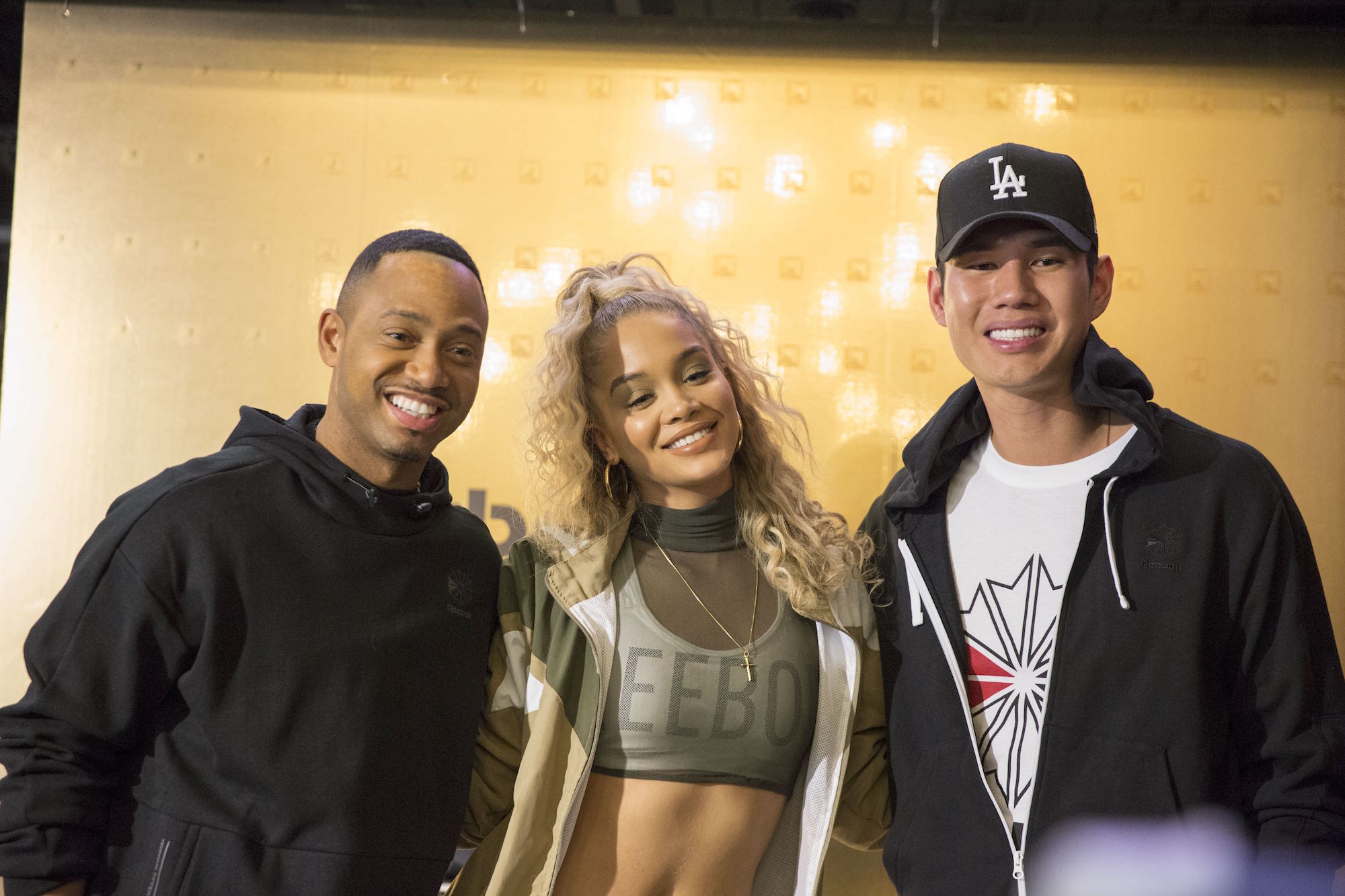 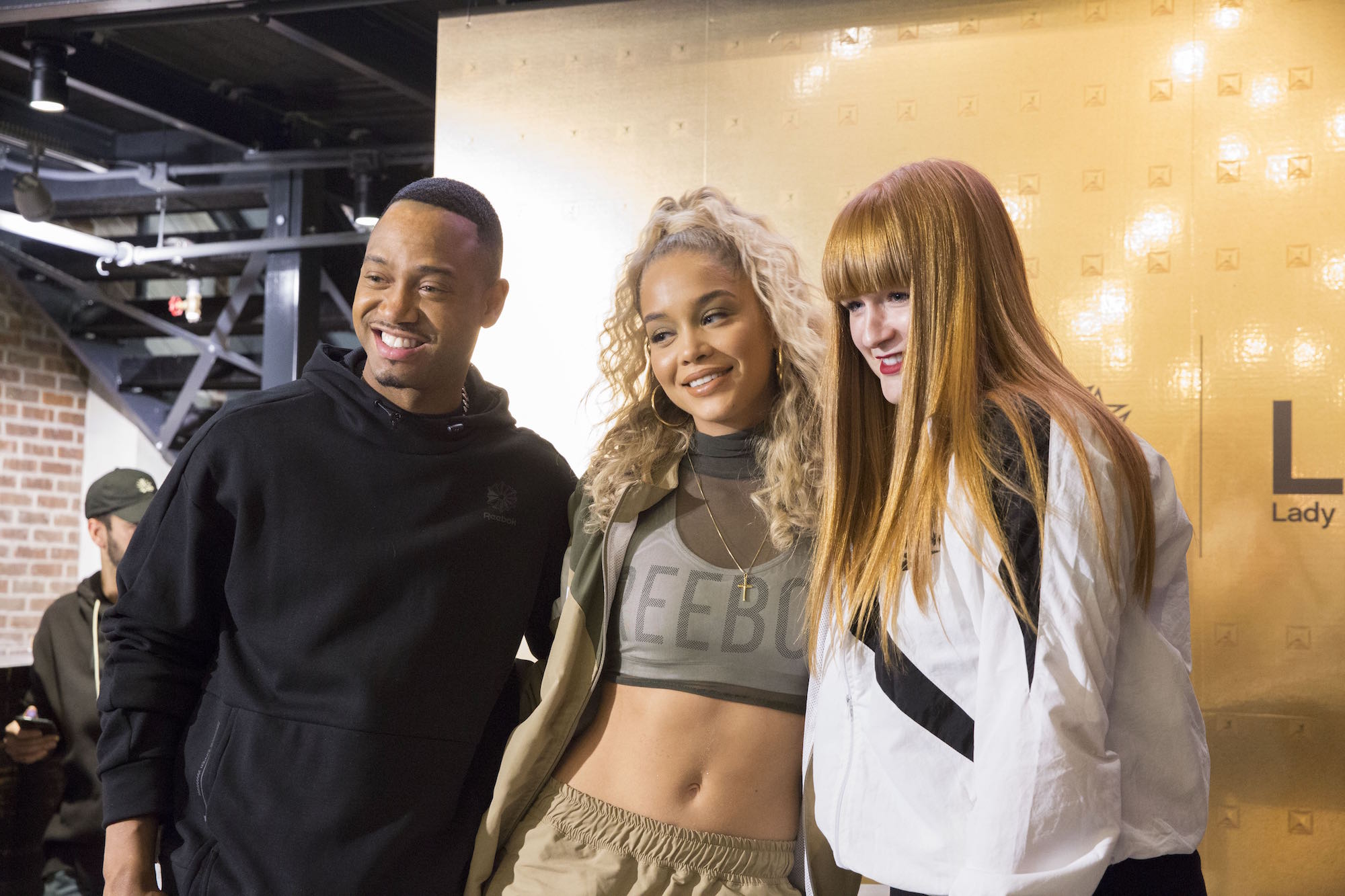 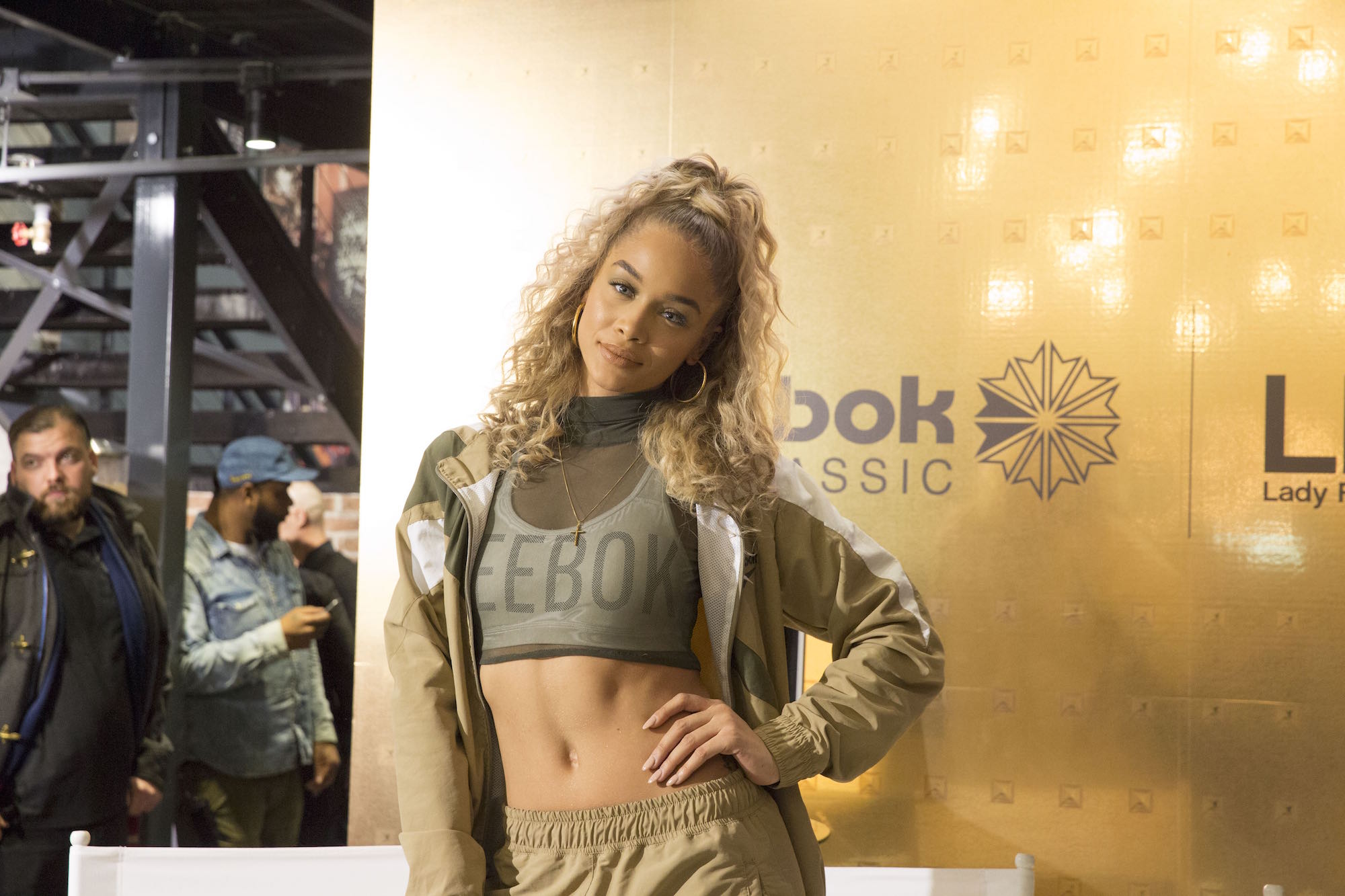